November 7, 2009
On the menu for today was chicken pot pie. Initially I planned for one pie, but then I started to feel ambitious. Next thing I knew I was planning to make a whole bunch of mini pies to store in my freezer for emergency dinners. I used three different recipes as guides: number 1, number 2 and number 3. My recipe turned out something like this: 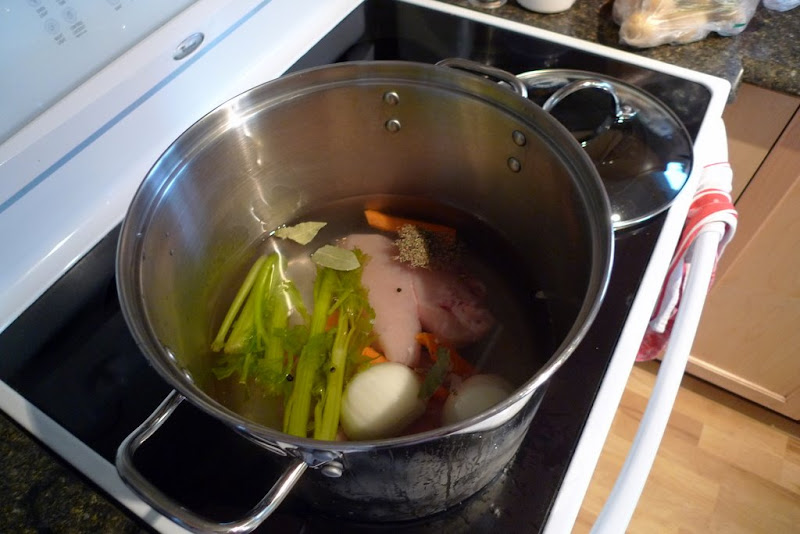 While the stock simmered away I chopped: six carrots, four celery ribs, one red bell pepper and an onion. With the veggies prepped I started on my pie dough. I used Cook’s Illustrated Foolproof Pie Dough recipe which works like a charm every time. 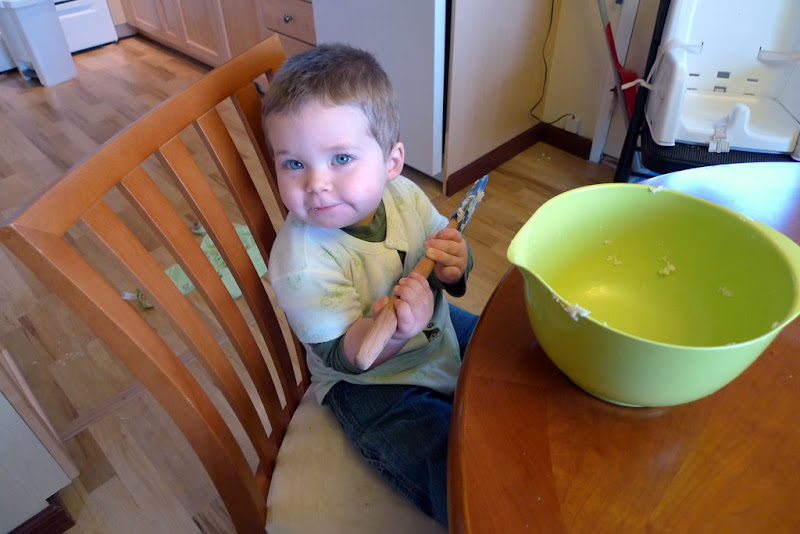 While Monkey cleaned up the remaining dough I strained the stock and cut up the chicken. Next I sautéed the veggies in butter. I removed the veggies and melted about 3/4 cup of butter in my pot and and added about a cup of flour to made the roux. I added the chicken stock and after some speedy whisking and a few steam burns I succeeded in a creamy mixture. I added to my creamy mixture 2 cups of milk, the veggies, frozen peas and the cooked chicken. I stirred and tasted for about ten minutes and added some extra thyme, salt and pepper. 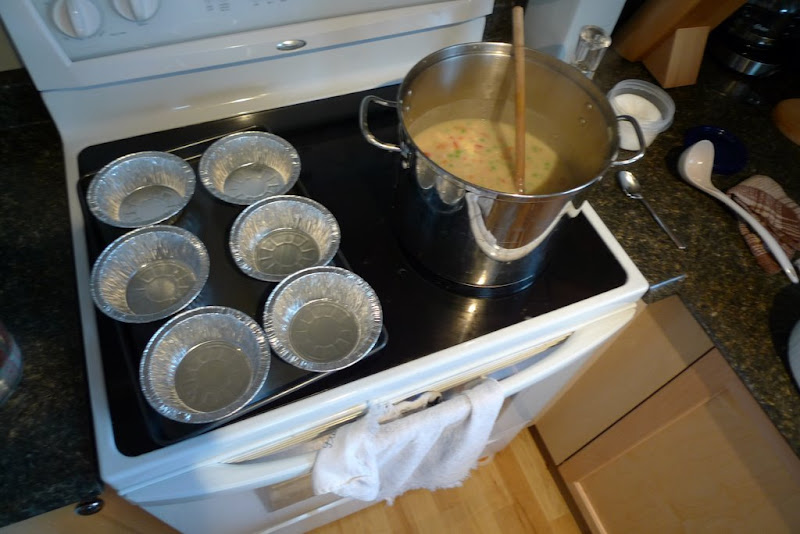 When I was satisfied with the taste I spooned out the mixture into small pie plates. I let them cool down and put them in the fridge to be chilled. 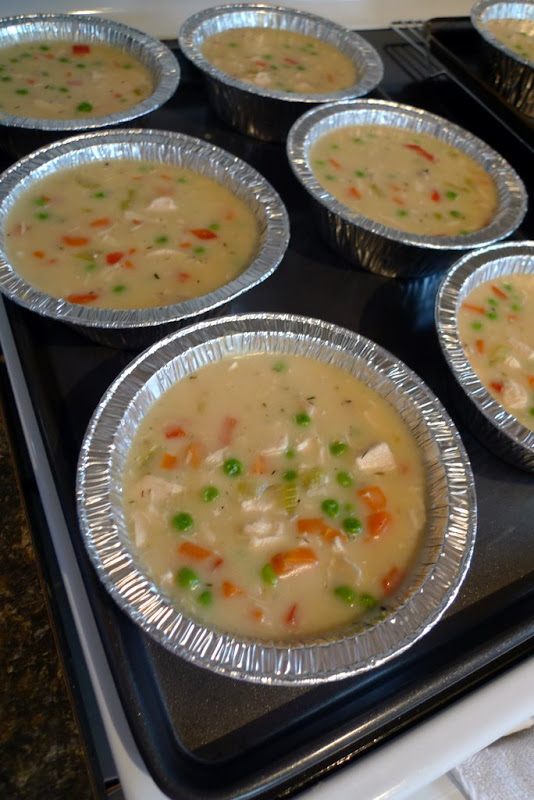 Exhausted and wondering why I even started this, I added the pie dough and put the finishing touches on the nine small pie (which I froze) and one large pie for dinner. 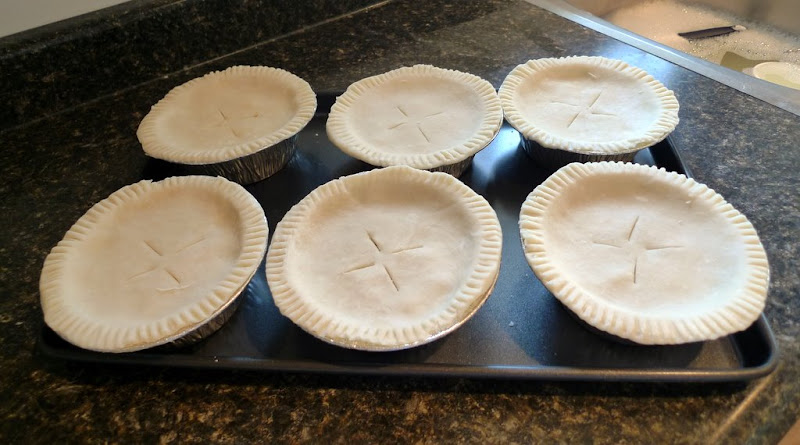 Refreshment of the soul

How to Preserve Zucchini