Monkey has been taking off his diaper after relieving himself and we’re tired of the constant cleanup. Cleaning poop off the wall is a definite thorn. So early last week Hubby went to our local library with a mission to find potty training books. He came back with an old and ratty book that was published in 1974. Apparently, it was the only potty training book left in the library. All the newer books were taken out already. When my MIL saw the book on our coffee table she informed us (with zeal) that this was the book she used to potty train Hubby…hmmmm…

Hubby starting reading Toilet Training in Less Than a Day and declared, between chuckles, that it is a “great book” and that it “makes so much sense”. Basically, the premise is to load your child with lots of fluid (to keep the pee running) and then have a dedicated to potty awareness training session (around 3-4 hours).

I was skeptical but too busy being a milk machine to bother interfering in mission: potty train. On Thursday Hubby bought a pink BABYBJÖRN Potty Chair because he couldn’t find any other colours and happily started the session with Monkey.

By 1000am there were multiple accidents (good thing he moved the area rug) and some resistance on Monkey’s part but things were going surprisingly well. I’d say that Monkey is definitely on his way to being fully trained. 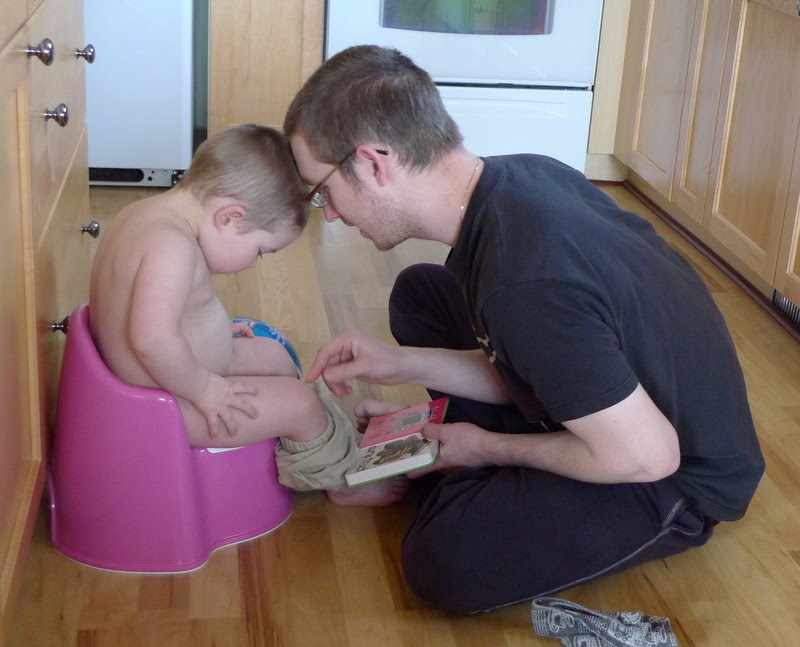 Book of the Week

Life with a Newborn

The Myth of Water Abundance in Canada

Picture Books for Little Ones

Way to go Jeremie for taking on mission: potty train! Looking forward to hearing about the success 🙂