A few weeks ago Hubby spent a whole day teaching Monkey how to use the potty. I’ll admit that when Hubby returned to work after that weekend Monkey’s potty follow-up was (as my dad would aptly put it) half-ass. Really who thought of starting to potty train a toddler a week after having a baby? Obviously some one wasn’t thinking, that’s the problem!

Alright, I’ll give Hubby credit. Despite my lackluster follow-up Monkey knows how to pull down his pants and do his business. Pee usually gets into the potty (yay!) but the catch is… poop usually makes it on the floor, in his room, at nap time. Yes, we’ve tried duct taping the diaper, placing the potty in his room, showing our disappointment and even a firm spank on the bottom (gotta watch that you don’t get poop on you hand though). I guess there’s still the one piece PJ backward trick. Thank goodness this will end one day… I just wish that day was yesterday! 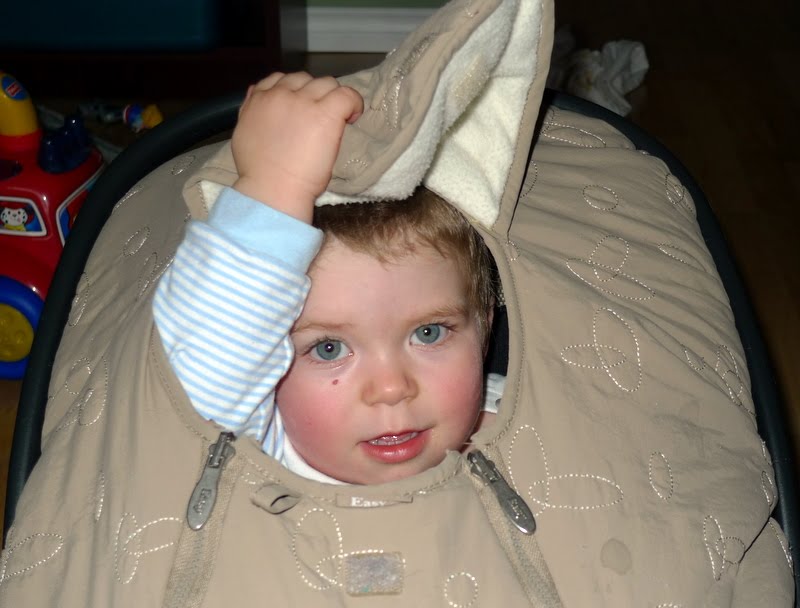 I sure don't look forward to teaching this either – I have heard many stories, most not pretty. Looking forward to all the advice you have to give after it's all over 🙂 I guess it's learning patience from a different perspective. Keep the faith, it will happen!

This post about potty problems is hilarious! We were laughing the whole time reading it. I really enjoy your writing. Hope that the teaching goes well and that we can pick up some tips from you in the future!
-Lor