We wanted to grow some of our own food, so a year ago we chose to raise meat rabbits. Why meat rabbits? Well, we live in the city and have a small backyard. Fortunately, rabbits can be raised well with not much space. There are quiet and their poop can be used for manure in the gardens. Also, rabbit meats is very lean and good for you. So, we read Storey’s Guide to Raising Rabbits and bought ourselves four Champagne D’Argent rabbits (two does and two bucks). We aren’t farmers so it shouldn’t be a surprise that we have had a few hiccups along the way. Happily though our rabbitry (named Abbot’s Rabbits) is in full swing now.

This past Saturday it was time to butcher our first rabbits. Hubby and I made a pact at the beginning of this venture. He would do the killing and I would do the skinning and gutting. Blood doesn’t bother me but Hubby has a hard time even talking about anything blood related without feeling queasy. 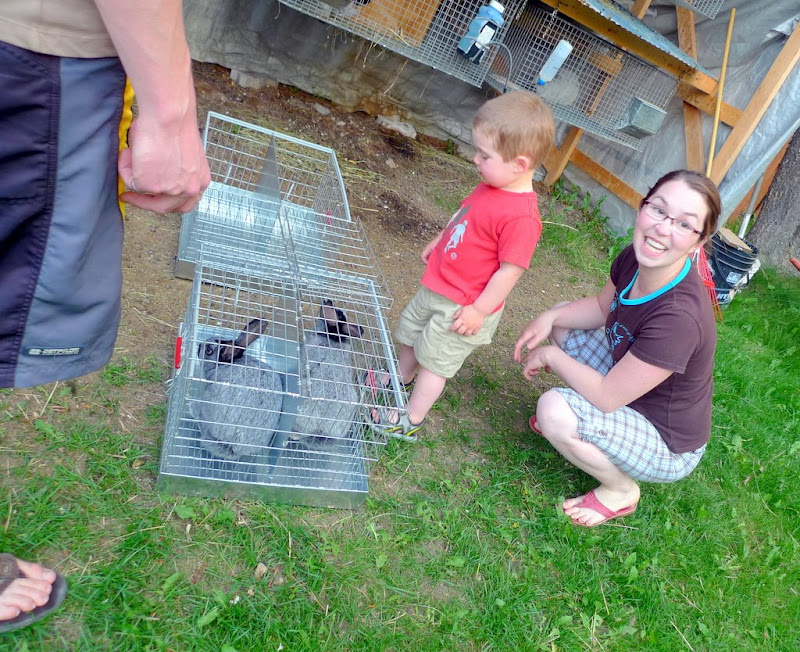 Saying goodbye to the rabbits.

The killing was quick. The rabbits felt little to no pain. I am very proud of Hubby for doing this. The skinning and gutting took a while because of my lack of experience but my brother helped me out (Thanks little bro!). It was a strange working with warm meat. I’m so used to the pre-chilled plastic wrapped meat from the grocery store. But, it gave me a whole new view of meat. Overall it went well. I still can’t believe that we are doing this! 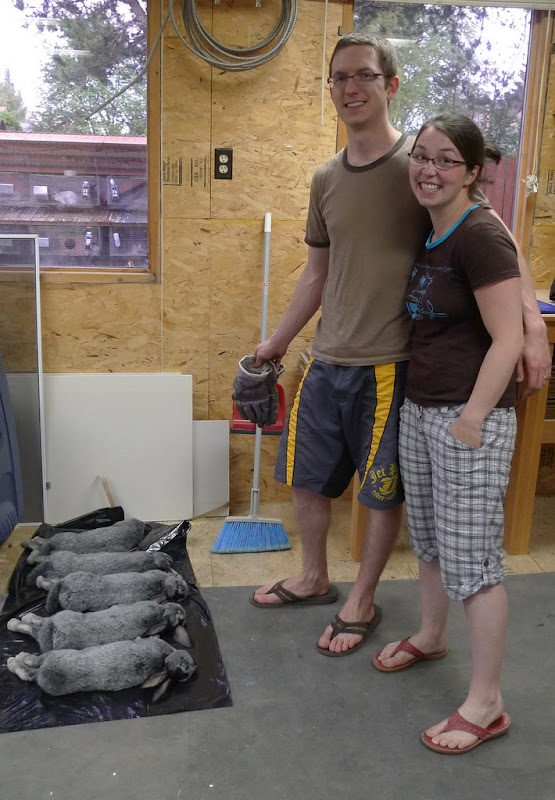 We weren’t sure what to think. Note the expressions 🙂

What Did We Do Before…

9 Magical Ways to Celebrate May Day with...

I've only had rabbit meat once. It tasted like chicken. Haha, j/king…it was really yummy.

I'm totally impressed with your little rabbit operation. I assume you have two breeding pairs going and are raising the litters for meat? How do you plan on preserving the meat? Also, what recipes are you going to use?

Let's give credit where credit is due shall we???

See if I take any more pictures for you!

Oh yes, credits to my disgruntled SIL for taking the pics. Looks like you read my blog after all 🙂

wow! that's looks great (I think?!)
I would love to hear the story of how it all went…in a little more detail! : )

I love your picture, especially your unsure looks 🙂 Good for you for carrying through with your rabbit plan! I also want to hear more about your whole process and how you intend to continue, things you might change for next time. I'm curious as to how long the meat is going to last your family! Kudos 🙂