A few days ago I was sitting at an anniversary party enjoying the sun and the interesting conversations around me. As I sipped from my plastic cup I started to feel increasingly guilty about having to eventually throw it away. In fact, I was noticing that I was starting to feel increasingly guilty about throwing away any trash – period. Hoping that I wasn’t going crazy I turned to my father (who was also at the party) and started up a conversation about morality and environmentalism.

At the beginning of this year, for World Day of Peace (January 1st), Pope Benedict XVI gave a message entitled If you want to Cultivate Peace, Protect Creation. As I read it I felt glad that the Catholic church was teaching something about caring for the earth:

“The environment must be seen as God’s gift to all people, and the use we make of it entails a shared responsibility for all humanity, especially the poor and future generations.”

As I read on I quickly realized that a similar message was given 20 years ago by Pope John Paul II in his message entitled: Peace With God the Creator, Peace With All of Creation. Even 40 years ago Pope Paul VI talked about envirionmental issues in his apostolic letter Octogesima Adveniens. How is it that I’ve never heard of this before now?

One thing I learned as I read these letters is that the ecological crisis cannot be solved simply by buying organic clothing, cleaning with eco-friendly products, hanging clothes to dry or using cloth diapers. These are important steps, don’t get me wrong, but our ecological crisis is much more complex. It is related to how we develop and how we relate to one another and our environment. According to Pope Benny, at its heart the ecological crisis is a moral crisis. Whoa! Really? Really!

What do you think? 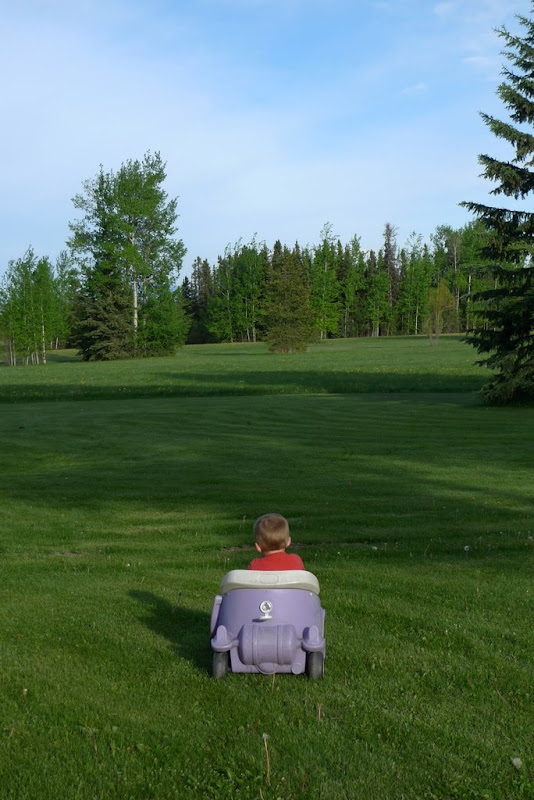 The First Day of Lent

Advent in our Home

Baking with St. Elizabeth of Hungary

i think so. one of the reasons that people are so environmentally unfriendly is because of the way we've developped in regards to society and culture. more and more things are being created, and more and more need is felt for them. people don't really need everything they have, but they are made to feel that way. and people don't hang their clothes to dry, etc, because it takes too much time, and apparently, people don't have time. i think that ties in somewhere about morality – peoples' values have changed. work and money and status is now more important than caring for and protecting your family, your land, all the beautiful, natural things that we are given. there are still people in the world who know nothing or very little of the way we live our lives, and they are perfectly decent people – but if you put a north american next to them, i'm sure the north american would see themselves superior, because of what they have. that is terrible, to think that people are less than us because they don't have so many "things." i feel so guilty as well using plastic cups and so on, because i know it's unnecessary, but we've grown into thinking that it's "okay" and "right" – and it will take a lot from us to be able to break away from it and really do the right thing. really, where would we be without our trees and oceans? no where. where would we be without our bottled water? in a better place.

I think I would also agree that it is a moral issue, however, I am hard pressed to know where to draw a line of good vs. bad environmental behaviour. When I read your post I think about how poorly people in general take care of their belongings, even if they are borrowed. There is a sense of selfishness and pride in my opinion, a sort of "I can just buy another one if this one breaks" or even an "I don't care" attitude. I have received things back from people and can't believe the condition they have been returned in. Perhaps the respect isn't there? Anyways, God gave us the earth to live in and take care of, and I think we're treating the earth in this same manner of "I don't really care."
At the same time, I think God has given us the insights and knowledge to make things like plastics for us to use wisely, and I don't personally feel guilty for using disposable products. I do try to be environmentally responsible where I can and am always looking for ways to do more.

I don't know if my musings are making sense – environmentalism is such a big issue and my brain can only handle little bits at a time 🙂 I'm looking forward to more thoughts from your side to think about! I have had conversations about this with my dad too and I think there are even generational ideas that have changed out there.

I was actually just thinking through a post I wanted to do on the same topic. You did it better, though 🙂

The baby is crying so I can't throw in my two cents worth right now…but I can't wait for part two! You have given me a lot to think about!