July 26, 2010
I really enjoy being in the kitchen. The processes of selecting, preparing, studying and eating food intrigue me. It’s a fascinating combination of art and science and it’s very sensual (as in pertaining to the senses). However, my enthusiasm for food can get the best of me and of my poor Hubby who gets dragged along on my food quests.

Today, I declared to Hubby that we were having homemade tortellini for dinner. He looked with an “are you crazy” look. You see, I’ve had two run-ins with homemade pasta in the past – both not good. The first was a butternut squash ravioli that ended up as a watered down squash and pasta soup (all the fillings leaked out). The second attempt was another butternut squash ravioli (I had to redeem myself), but this time the pasta was so thick and chewy and there was barely any filling in them.

Why didn’t I try making a simple pasta like linguine? Hmmm…. my Hubby kept on asking me this question too. Anyways here is the recipe we used for the tortellini: 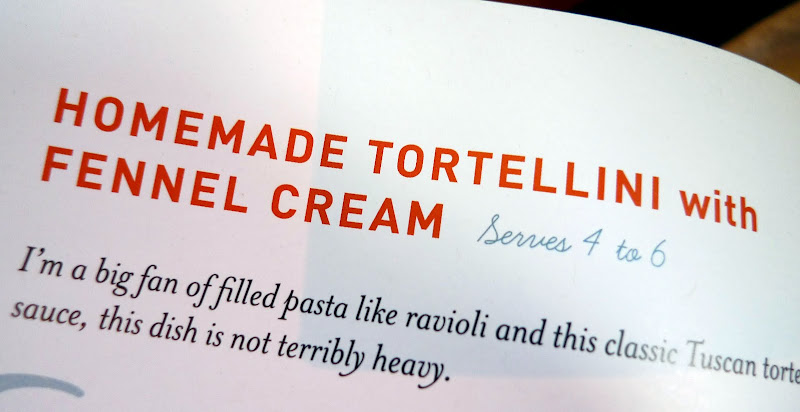 From the book: Fresh with Anna Olson:
Seasonally Inspired Recipes to Share with Family and Friends

This time, however, Hubby decided to make his own pasta dough so I declared that I would make my own pasta dough too – the battle was on! He made his dough in the food processor and I made mine all by hand (ratio: 1 cup flour to 2 eggs). We had a lot of dough. While the dough was resting we made the filling and prepped for the sauce. So far not everything was going smoothly. 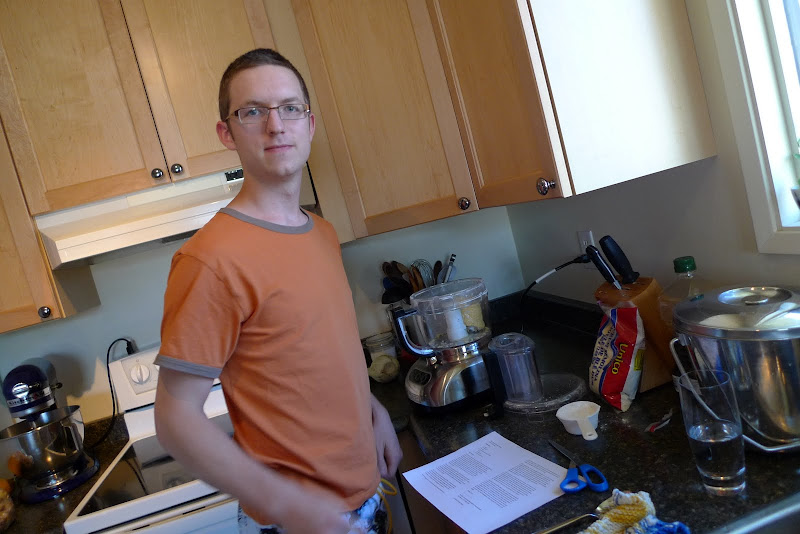 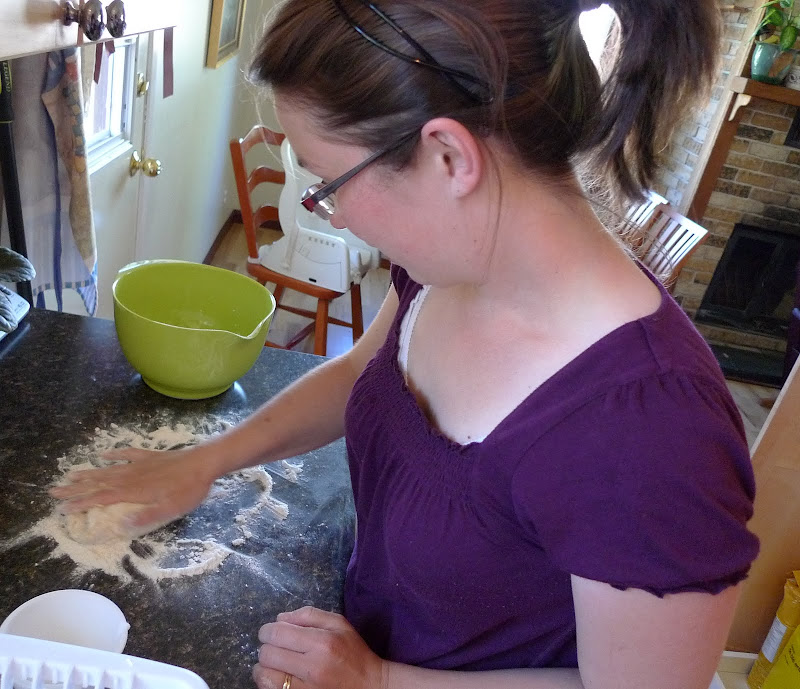 Then the tortellini making began… what can I say, we’ve never made tortellini before and the first attempts were ghastly. It took us so long to make them! After finishing off the first batch of dough (Hubby’s dough) we were famished. Monkey’s was eating raw green beans from a bag on the counter. We decided to cook what was made. Surprisingly, the tortellini turned out great – finally a success! But then afterwards, I worked some more to finished the rest of the dough. 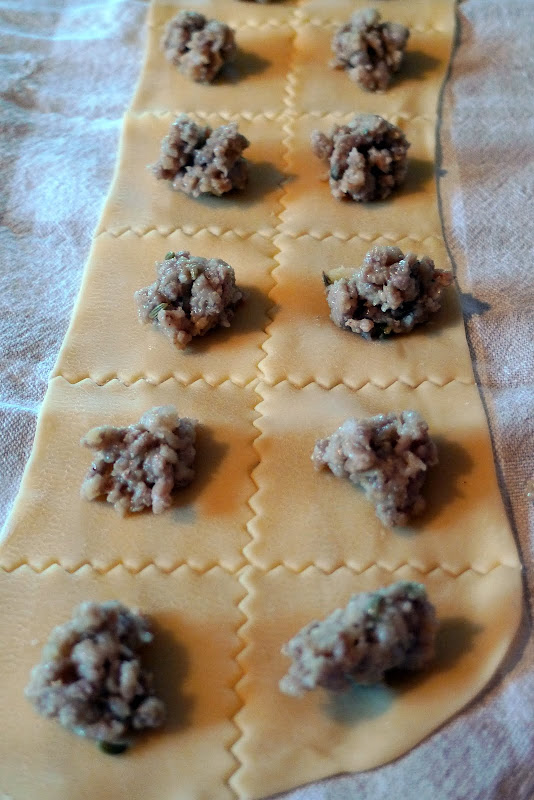 Four hours later… and we never even got to make a direct comparison between Hubby’s dough and mine. I have to satisfy myself with the fact that since his turned out really good mine must be even better 😉 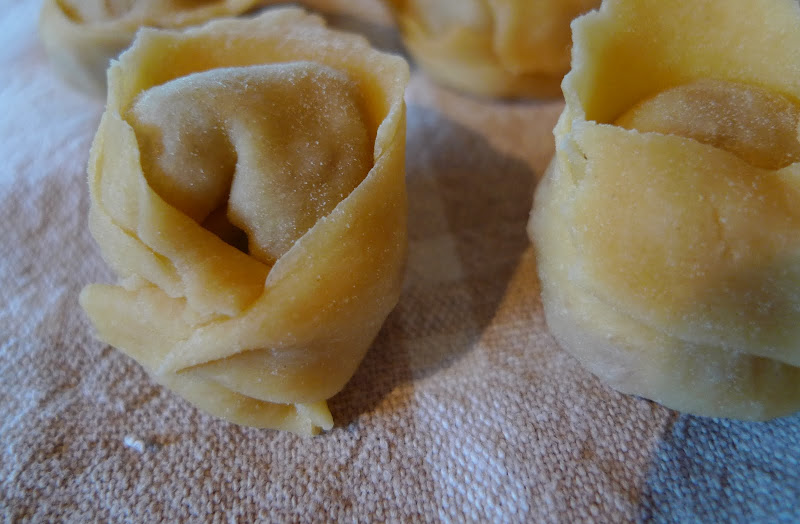 Oo!! Homemade!! I never ever thought of that, as stupid as it sounds. I found an awesome recipe that calls for ravioli, but my husband does not eat melted cheese (of any type), and I couldn't find a ravioli at the store that had no cheese. So I should just make it myself!! Ooooh, how stupid I feel!