As I drove around town this past week, I noticed trees full of ripe apples. The apples were starting to fall off, begging to be picked. Thoughts of apple cider started to cross my mind, thanks to this book

. I became so convinced that making apple cider was a great idea that I sent out mass emails asking people for free apples and when I needed more apples I went to peoples’ houses (that I didn’t know) and asked them for their apples too. Most people were happy to give me their apples once they’d discover I wasn’t trying to sell them anything.

At this point we’ve gathered a couple hundred pounds of apples. We’ve got a few more trees to pick this Saturday and I signed up for the free fruit exchange program our city offers. I’ll need to rent an apple grinder and press soon. I was hoping to do that this weekend but it’s already rented out. I’m a little bummed about this because some of the apples are bruised and I don’t want them to go bad.

We still haven’t decided if we’re going to brew the cider ourselves or bring it to a brewery. We’ve never brewed anything before and have none of the equipment. Hubby would prefer bringing the juice to the brewery because we’d be guaranteed apple cider and not apple cider vinegar. I agree with him on this point. My brother suggested bringing the majority of the juice to the brewery and keeping a little to try fermenting on my own. I like his idea too. It would be nice to know someone who does this. There so much debate on how to make real apple cider. Any thoughts? 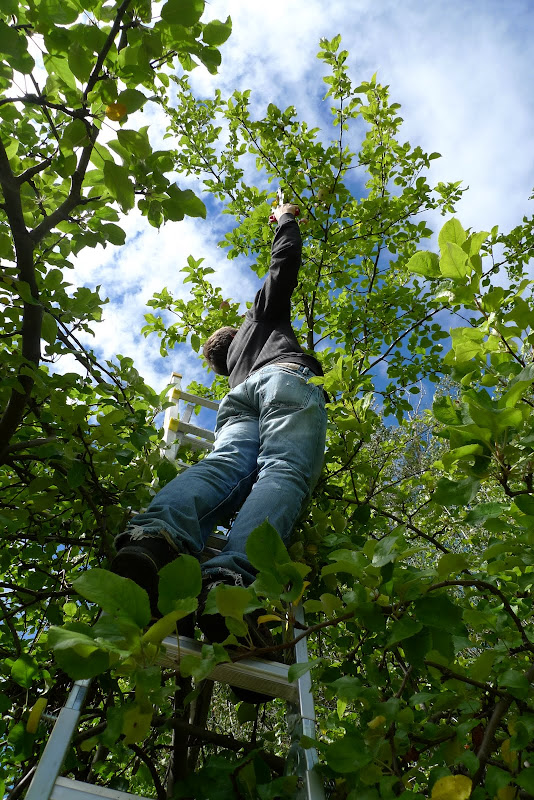