Yesterday was Michaelmas, or the feast of St. Michael the archangel. I wanted to post this yesterday, but I had a few wine making glitches last night and was wiping peach juice off my ceiling instead.

I wanted to incorporate a few Michaelmas customs into our day. I started with making bannock for breakfast using this Navajo Fry Bread recipe. I’ve never made or eaten much bannock in the past so I wasn’t sure what to expect. Hubby described them as “sort of like a pancake, just less tasty”. Maybe I need to try a different recipe. 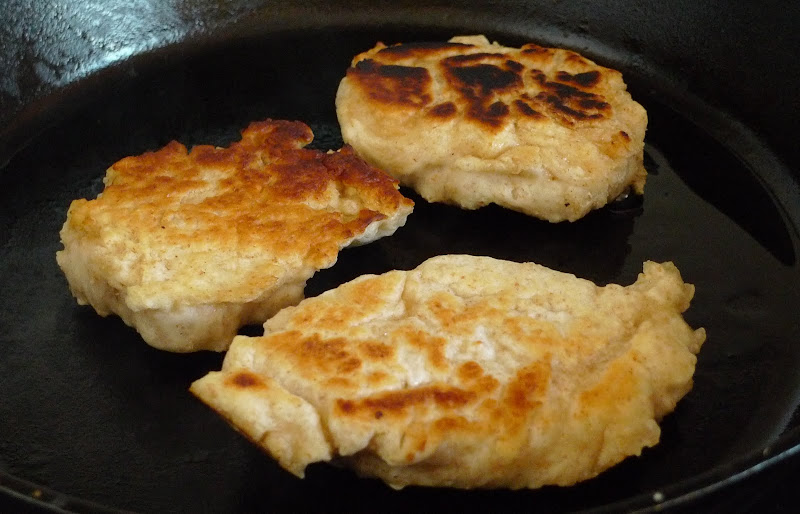 Later on, Monkey colored a St. Michael colouring page from Waltzing Matilda and then he colored the table and chair too. 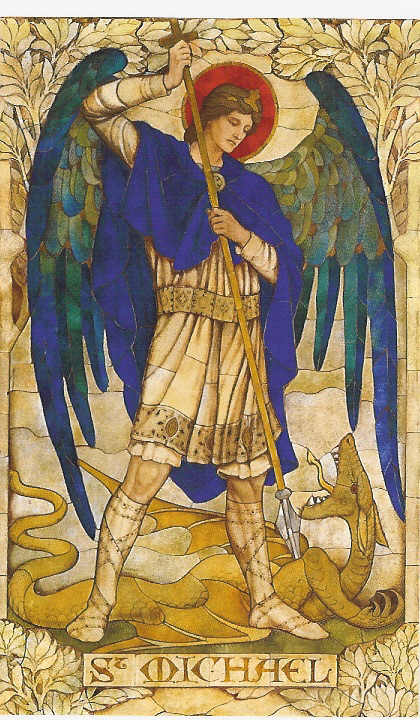 Traditional eating blackberries is a Michaelmas custom, but they are way too expensive to buy up here. Instead I bought concord grapes and we ate those instead. I also used them to make concord grape jam.

And for dinner, I had grande plans to roast a goose, but I roasted a rabbit instead. Maybe next year… Overall we had a fun Michaelmas. Do you celebrate Michaelmas? 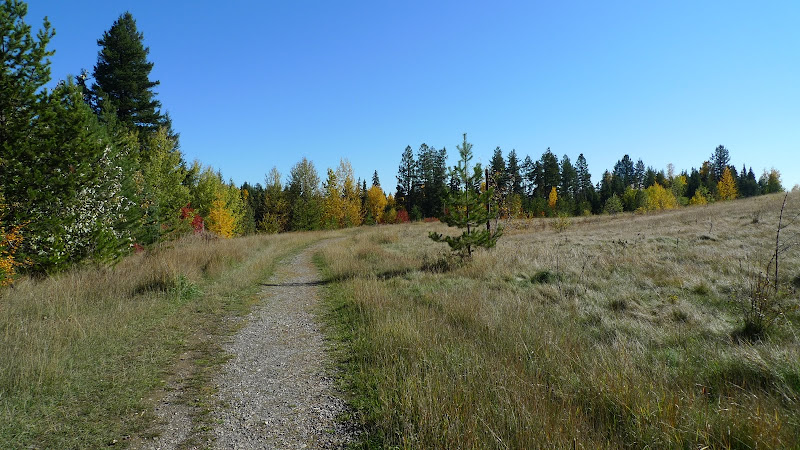 Peach juice? Ceiling? I sense a story behind this just waiting to be told 🙂

I too am very curious about the ceiling incident 🙂

I've always wondered what Michaelmas was, courtesy of Jane Austen.

I like fried bread… usually i just sneak a chunk off the side of my dough when i make oatmeal bread. It gets kind of oily/soggy if the oil isn't pretty hot. I also like to give the dough chunk some time to rise before i sling it into the pan. Hope this helps?

Oh, and I like it extra yeasty (more like sourdough) so if i wasn't doing a loaf i'd let the bread dough have an extra rise and then fry it up.