For some reason I keep bringing home prune plums. Yesterday I bought another 8lb case. I’ve put up prune plums as plums in honey, plums in port, plum jam and savory plum sauce. I needed new inspiration and luckily the book that I suggested to the library came in: Canning for a New Generation: Bold, Fresh Flavors for the Modern Pantry 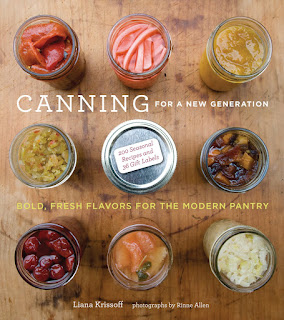 There are a few interesting plum recipes in this book:

They all looked really tasty, but I decided to try the plums for pies and cobblers. I’ve never eaten a plum pie before but it reminds me of this nursery rhyme:

Little Jack Horner
Sat in a corner
Eating a Christmas Pie
He put in his thumb
And pulled out a plum
And said
“Oh, what a good boy am I!” 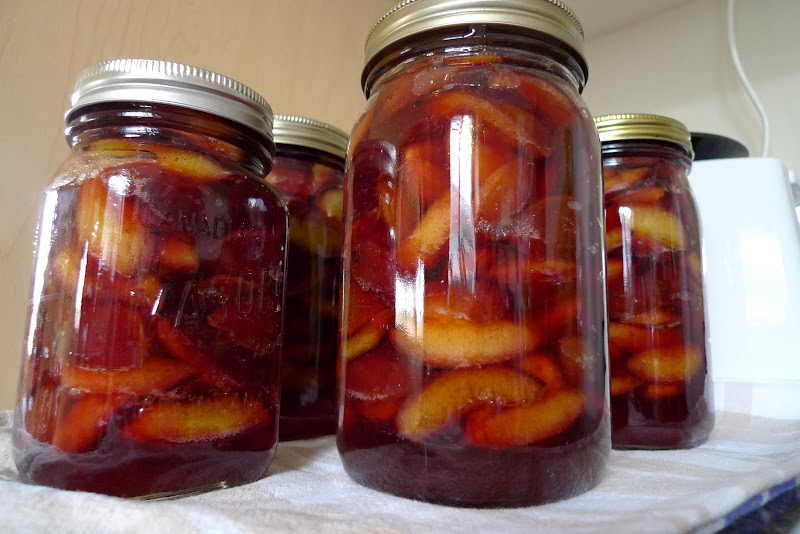 Fresh out of the canner, plums for pies and cobblers.

I forgot to ask you how your cider and wine is turning out? The peach one interests me in particular. The canned plums sure look pretty!