The Fruit Truck… I Must Stop Going There!

I just wanted to stop by and see what there was (or so I told myself) and I came home with 30 lbs of peaches. I don’t like buying peaches because they are the 2nd worst for pesticide load according to Environmental Working Group’s The Full List: 49 Fruits and Veggies. On the other hand, I despise food waste. I bought the peaches because they were the “rejects” and were going for really cheap. Most of them were bruised or going fuzzy (or both). Moldy food is gross and not usually safe to eat. Generally moldy peaches should be tossed out. But… I generously removed the moldy areas and, to be on the safe side, didn’t used them for canning or freezing, instead I threw them into my primary fermentor to be made into peach wine. I’m sure those Campden tablets will kill anything in there. The better looking peaches were frozen for making smoothies or desserts.

So here I go again, trying out something new (peach wine). My poor Hubby! What will he say when he finds out? We’ve already got apple wine on the go and apple cider at the brewery. If everything turns out we’ll be drunks for sure! That, or I’ll have a lot of giveaways in the near future. 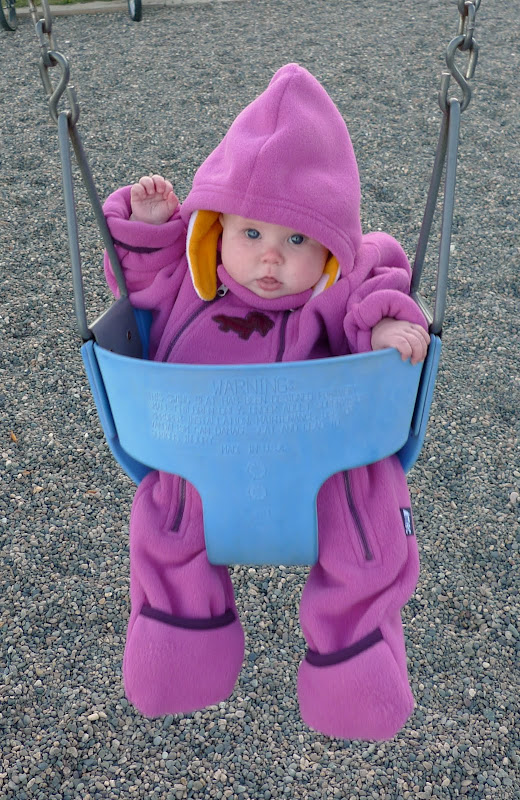 The Last Crate of Apples

What an adorable picture! Where did you get that cozy outfit? Claire just keeps getting bigger and cuter! I'm excited to hear how peach wine turns out.

I order the suit from MEC. It's a little big on her but so handy and warm.

I'll keep you posted on the wine 🙂

Is it really already that cold by you?