There’s a booth at our farmers’ market where the worm ladies hang out. I have never paid much attention to them in the past. I always thought that people who keep worms were strange. I still have memories of my friend’s mom who kept worms in her coffee table. We avoided that table… actually we avoided that whole room. I never understood the value of keeping worms, until lately of course.

I kept coming across the idea of keeping worms to eat kitchen compostables. I read about it in Composting For Dummies

and various other gardening and eco-environmental books. It’s called vermicomposting and I think it’s a neat idea, especially in the dead of winter when the compost bin is under 5 feet of snow. Vermicomposting involves using worms to convert organic waste (see worm diet) into an amazing organic fertilizer call worm castings (aka worm poop).

Until last Saturday, the idea of vermicomposting was just that… another idea. Then I saw the worm ladies and the coffee tins of baby worms on their table. I talked with the ladies and found myself walking away with a tin of baby worms. The tin sat on my kitchen counter for 4 days. I couldn’t put it off any longer… I had to make them a house.

The ladies instructed me to get a short (about 12″) Rubbermaid storage tote, like this one: 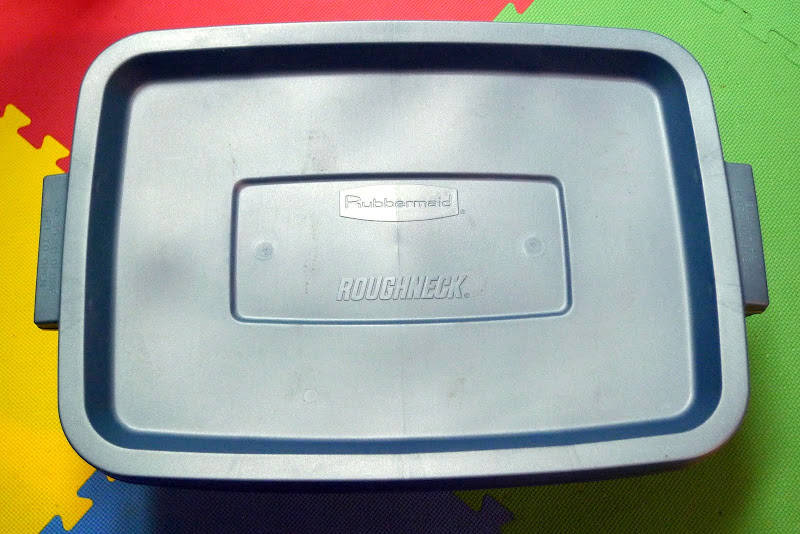 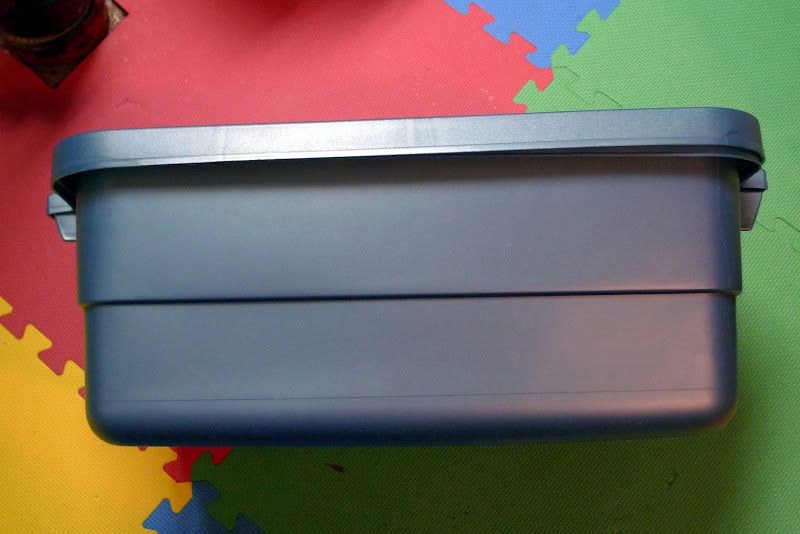 And drill some holes in the bottom for drainage. 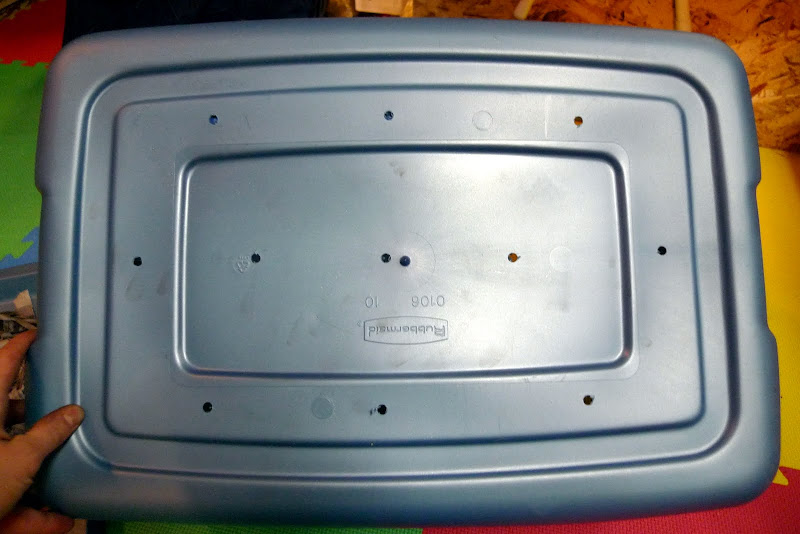 Tear some newspaper into strips, put them in water and squeeze them so they’re damp but not sopping. 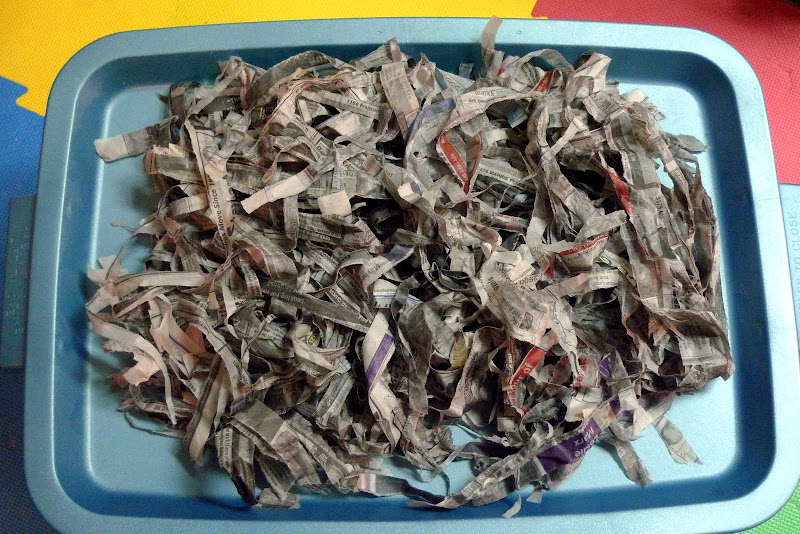 Add peat moss (about 1/3 to 1/2 of the amount of paper) and a handful or two of dirt and mix together. 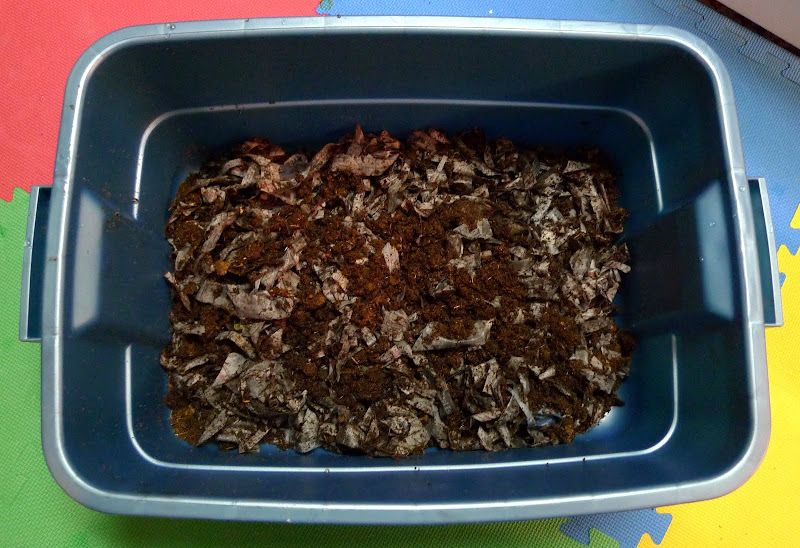 Say hello to the worms and put them in the box. 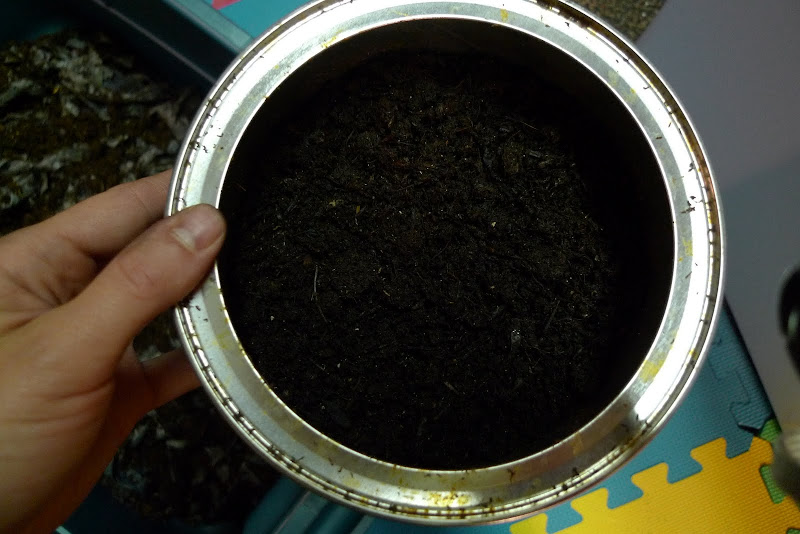 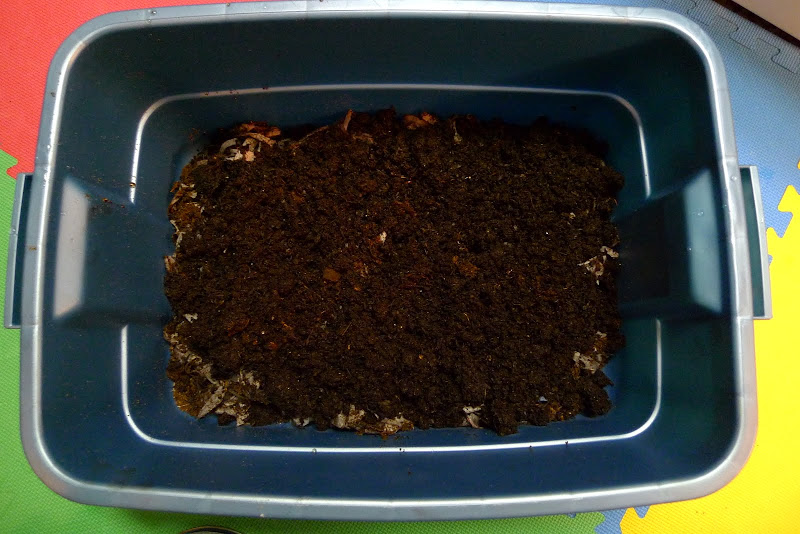 The box lid can be placed under the box to catch any drainage. Now, since my worms are still babies I was told not to give them too much food. I’ll start giving them Hubby’s coffee grinds and some ground up apple cores in the next couple days.
Uh oh… does this make me a worm lady?
Health and EnvironmentVermicomposting
5 comments
0
FacebookTwitterPinterestEmail
previous post

I got Matt worms for Christmas last year. He was thrilled! Yeah, I would say we are a little strange.
Best compost around 🙂

So we got worms maybe a week or two before you did and now we have a HUGE fruit fly problem. Have you had this problem?

Oh no! We've had a bad fruit fly issue upstairs but they don't seem to be interested in the vermicomposter (which we keep in our basement)… at least I haven't noticed any in there. I'm not sure what to suggest. They are probably some suggestion on the internet. I've read about freezing the food scraps before giving them to the worms. Hmmm… let me know if you figure out something that helps.

Ours worms are in the garage which is downstairs…they fruit flies are all around the vermicomposter and then they migrated to my kitchen and bathroom. YUCK! I've been catching them with a banana peel in a jar with saran wrap over the top and a few small holes poked through. This seems to have cut down on the problem, but they're still around 🙁 We freeze and then microwave the scraps but the flies still showed up. On the plus side there is a lot of nice looking scat in the bin 🙂 Who would have thought I'd enjoy seeing worm poop!

Are you manually turning your pile? I've read that this can help suffocate the fly eggs. Or making sure your pile isn't too wet, that's another one I've read about. I should ask the worm ladies at the farmers' market this weekend and see what they suggest.

Glad to hear that your getting some nice worm poop – it's exciting!