Alright, I’ll be honest. The fruit wine has been… quite the adventure. I keep telling myself that it’s a learning experience, that I’ve never done this before. Right?

About a month ago I started brewing some apple wine. I had a plethora of apple juice to contend with so I though “hey, why not!?”. I faithfully followed the apple wine recipe given to me at the brewery store and let it ferment in the primary fermenter (essentially a large bucket). 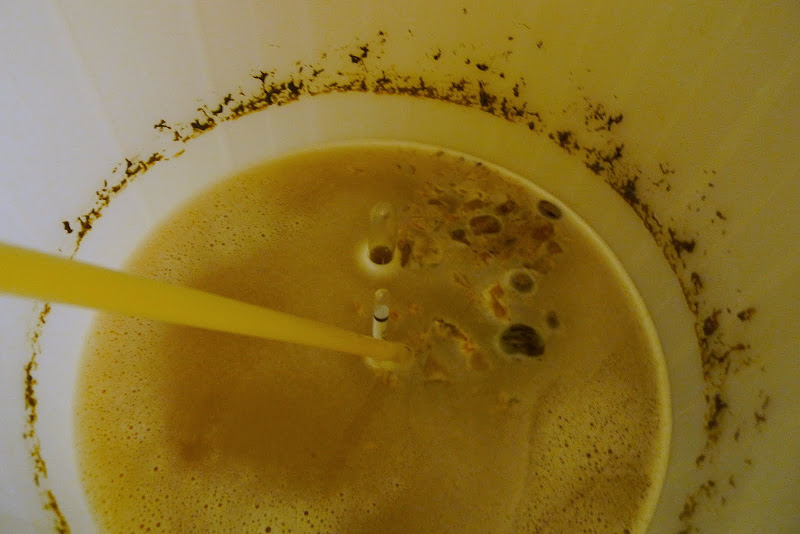 Apple must in the primary fermenter.

After the primary fermentation phase I siphoned the must into a glass carboy and placed the fermentation lock in the top. Here is where I made my first two major mistakes. The liquid didn’t reach all the way to the top of the carboy and I (mistake #1) didn’t top it off with water. This isn’t ideal because it allow the fermenting wine to be exposed to too much air making it bitter. Then I (mistake #2) didn’t set up my fermentation lock properly. Apparently you’re supposed to fill it halfway with water… which I never did (I never knew!) so the apple wine was being exposed air. Is it still good? I don’t know. I need to talk to someone who knows more about this stuff, but I’m a little embarrassed by my mistakes. 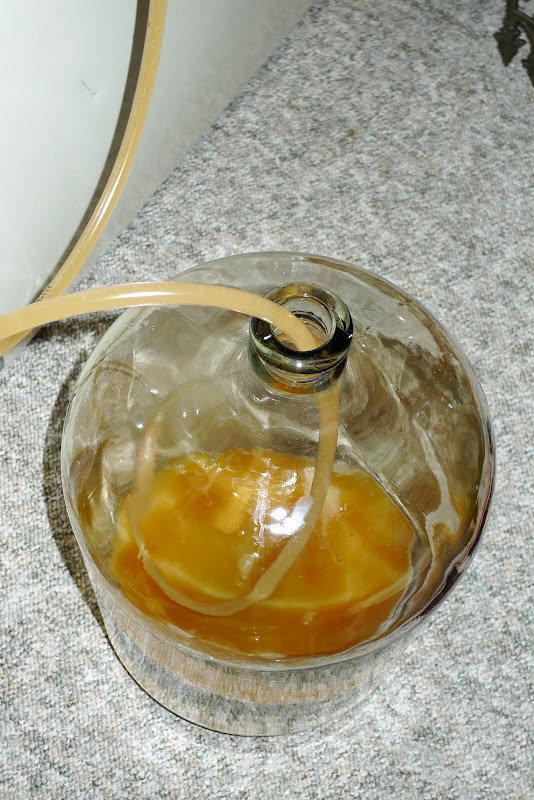 Siphoning the apple must into a carboy. 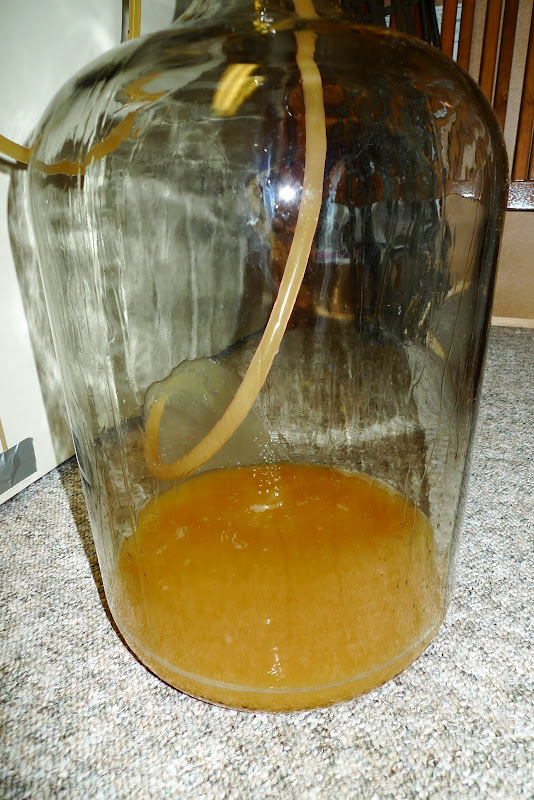 So there you have it, my adventures in making fruit wine (so far).

Lol, I am sorry to hear about your peach wine explosion, but thanks for sharing and adding some humor to the day! I am keeping my fingers crossed for your apple wine…

What a great story, although I'm sorry for your evening of cleaning. Do you still have some peach juice that you're fermenting? I too have my fingers crossed for your apple wine – let us know 🙂

Oh Josee… This seriously made me laugh out loud. I'm sorry it didn't work as well as you had hoped. It is definitely a learning experience! I hope your apple wine can be saved!