I realize that I’ve never properly introduce our furry friends. But first a little back story…

A year and half ago we decided to raise rabbits. I can’t pinpoint our decision to raise rabbits to something specific. I know that it grew out of a desire to be more self-sufficient, to know how the food we eat is raised and to have access to lean nutritional meat. Yes, we raise our rabbits for meat, Champagne D’Argent rabbits to be exact. Rabbits are a good match for us because we can raise them in our city backyard without annoying the neighbours.

Over the last year and a half we’ve had thorns and stars as we’ve learned to raise, breed and ultimate eat rabbit. We had rabbits that refused to bread. We’ve lost entire litters because of being unprepared and because of a doe that kept on scattering her young. We had a doe that we thought was pregnant but was just getting fat. But! then we had five successful litters, 25 kits, and one more litter on the way. We expanded our rabbitry from 2 does (& 2 bucks) to 3 does. None of our breeders got sick or died. We came up with a name for our rabbitry: Abbots Rabbits. And! We learned how to humanely kill the rabbits and enjoy some really tasty rabbit meals. Overall not a bad first year.

And now meet our rabbits: 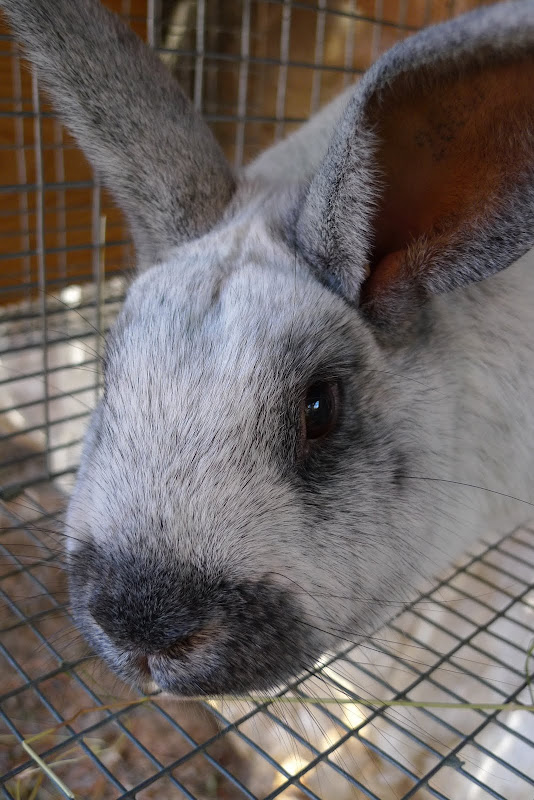 Galahad (Buck)
Mellow Galahad… until the ladies come by. 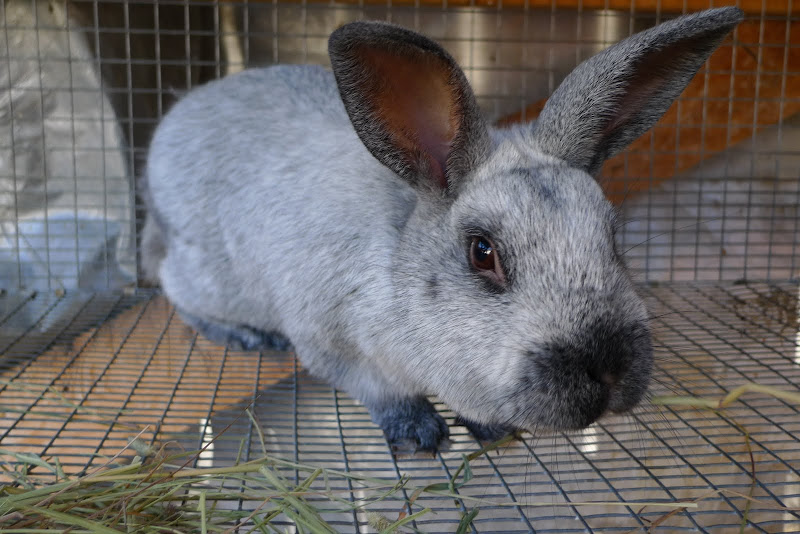 Mordred (Buck)
His original name was Arthur but then he bit me and I changed his name to Mordred. He’s actually quite a nice guy though. 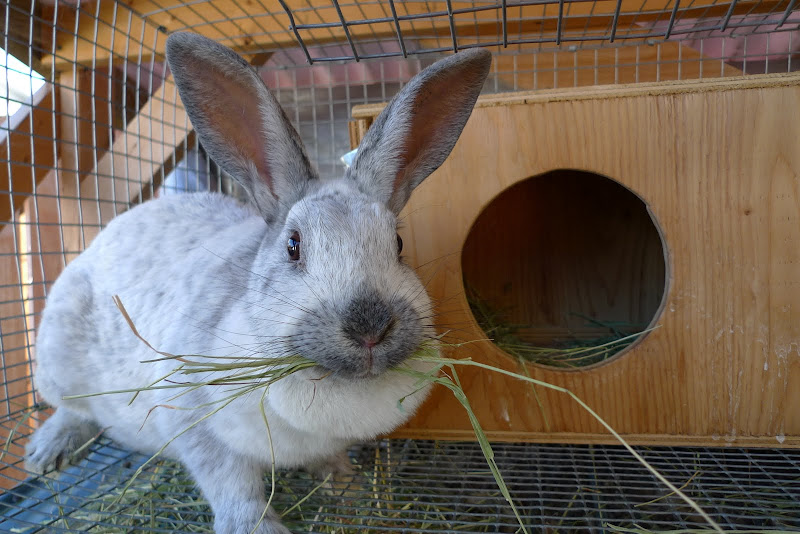 Odette (Doe)
Odette is nesting like crazy, hopefully she’ll have her litter soon. 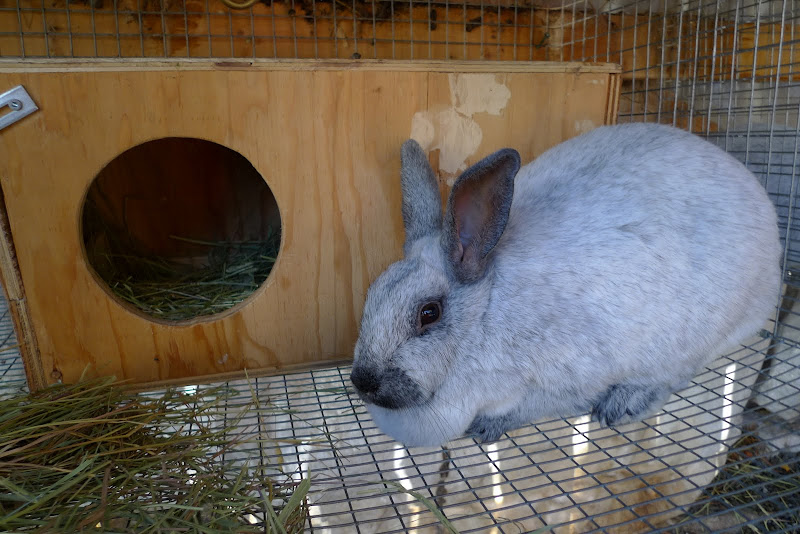 Sofia (Doe)
Sofia had a small litter at the end of September. 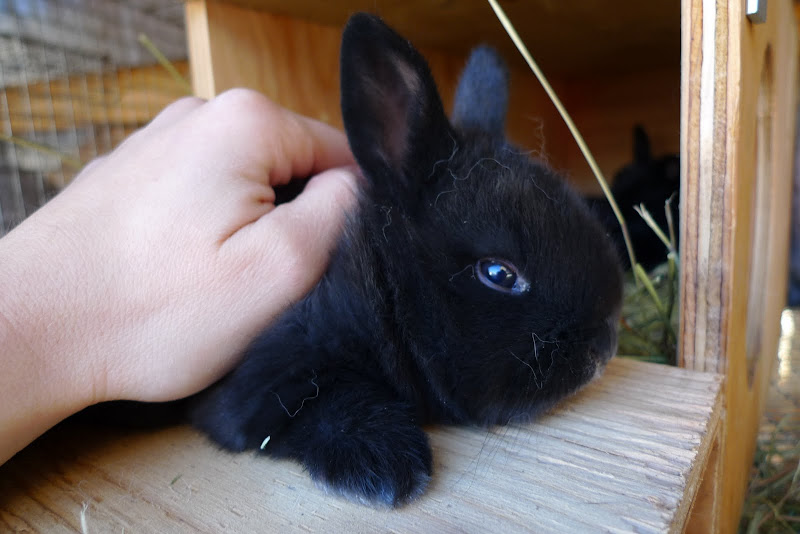 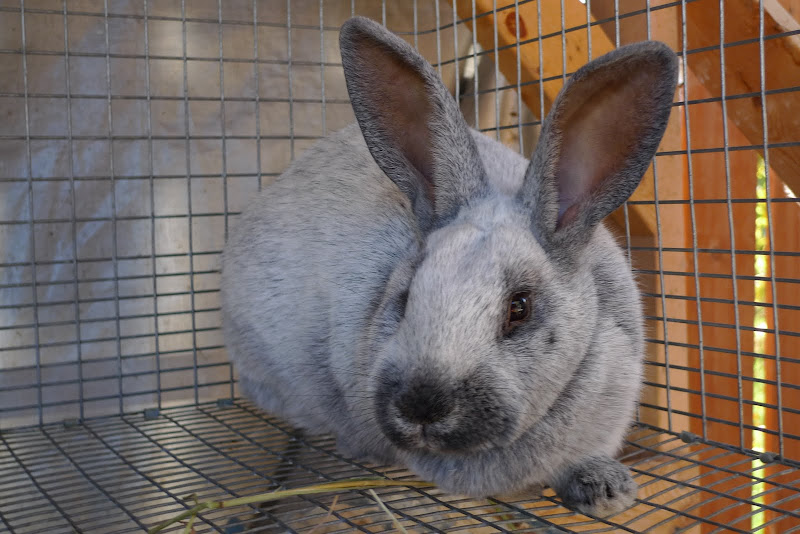 Blanche (Doe)
Our newest addition, daughter of Odette and Galahad. She will be 6 months old on November 12th and then she may be bred depending on the weather.
3 comments
0
FacebookTwitterPinterestEmail
previous post

Would you be interested in swapping bucks for a few weeks?

How can I buy a pair from you.
I’m in Alabama.

How do you raise the kits?