How to Render Lard

Rendering lard is really easy. Sometimes getting the pig fat can be the tricky part. Leaf lard is the best for rendering. It’s the fat that surrounds the pig’s kidneys. Apparently, it makes the most divine flaky pie crusts. The pig fat we got was a combination of who-knows-what. Next year I’ll have to be a bit more specific when I talk to the butcher. For this year, it’ll do the trick. 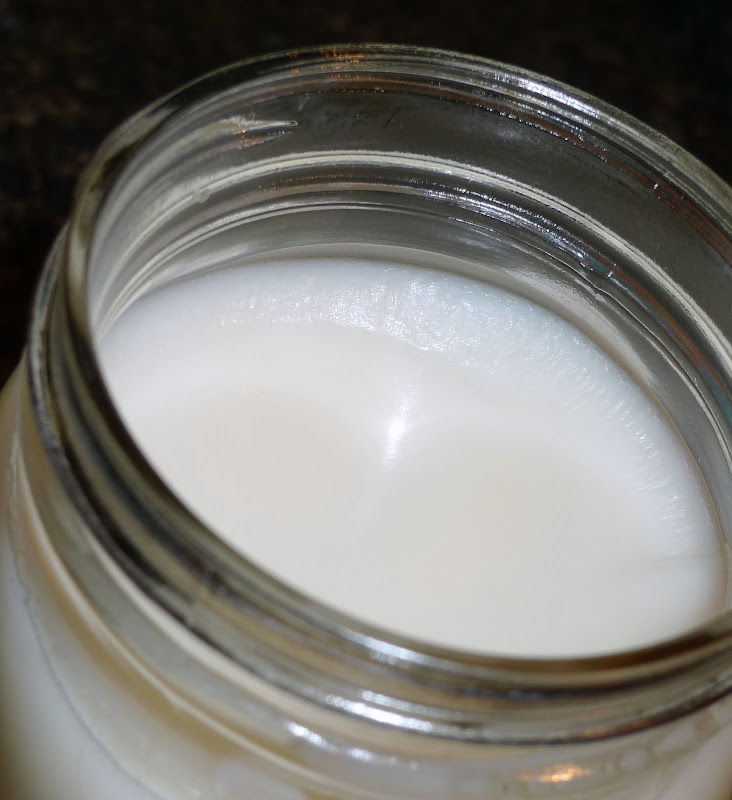 The only downside to rendering lard is it stinks. So make sure to open a few windows!

I rendered the lard using the stove top method.

How to Render Lard – Stovetop Method

1. In a large heavy bottomed pot pour in 1/2 cup water. The water will keep the fat from scorching.

3. Put the fat into the pot. If your fat is frozen (like mine was) put the heat on medium and stir occasionally until the fat unthaws. 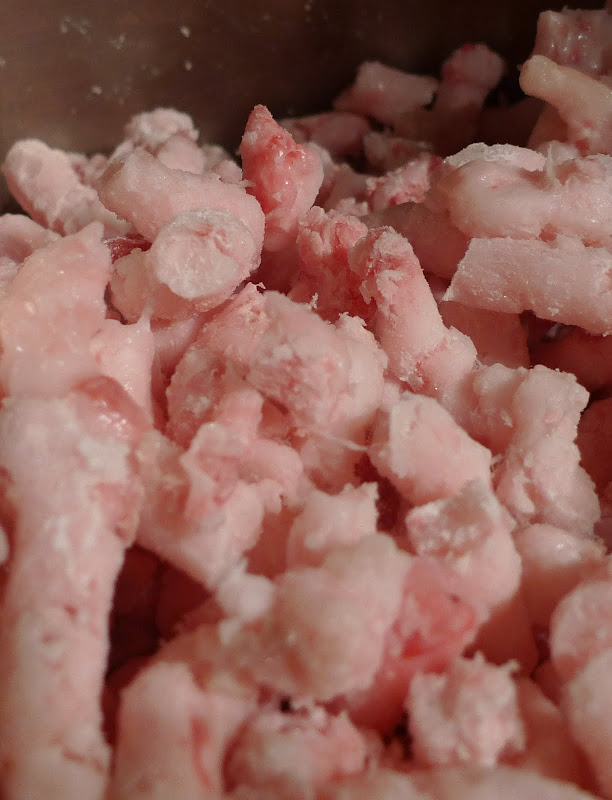 3. Turn the heat to medium-low and stir occasionally.

4. As the fat starts to melt (about 1 hour) begin stirring more frequently. 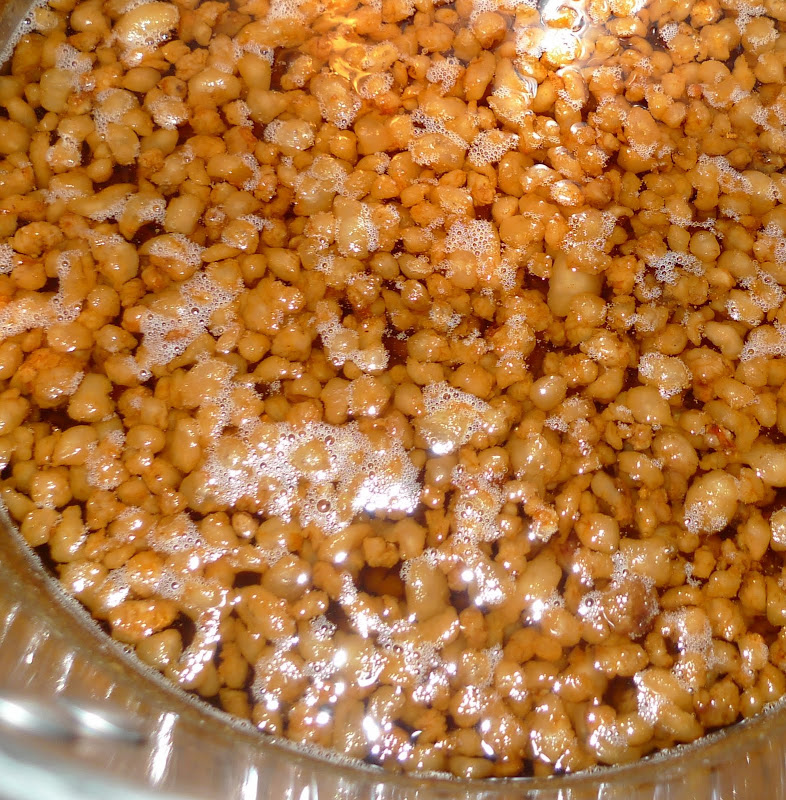 5. Some say the lard has rendered when all the cracklings (tiny bits of fried pork) sink to the bottom. Waiting until this happens will give the lard deep nutty flavour. You can try taking out the lard before this point to have a less intense flavour.

6. Strain the lard through a cheesecloth line sieve or a coffee filter (cheese cloth works best). The crackling can be eaten as a snack or used like bacon bits. 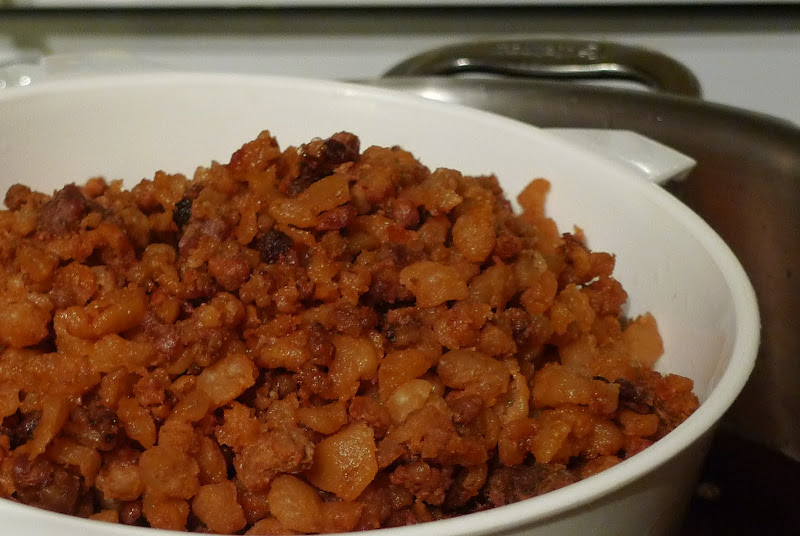 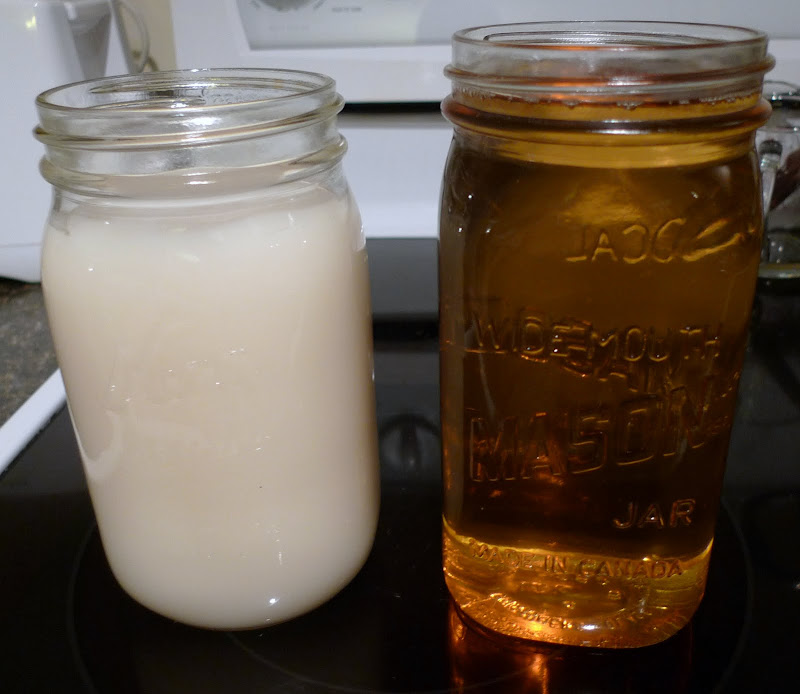 8. Because the lard is not partially hydrogenized (like the store varieties) it must be kept in the fridge or freezer. I’ve read that it will last in the fridge for up to three months and in the freezer for up to a year.