When we went South for our mini holiday I picked up few pumpkins. They’ve been sitting in my basement over a week now and Hubby has been anxiously commenting about them every time he goes downstairs. I don’t blame him. Last year I let our pumpkin rot away (gasp!). I thought it would last forever, but I guess I was wrong. Thanks to Hubby’s not-so-subtle hints I decided to tackle the pumpkins (not literally of course). 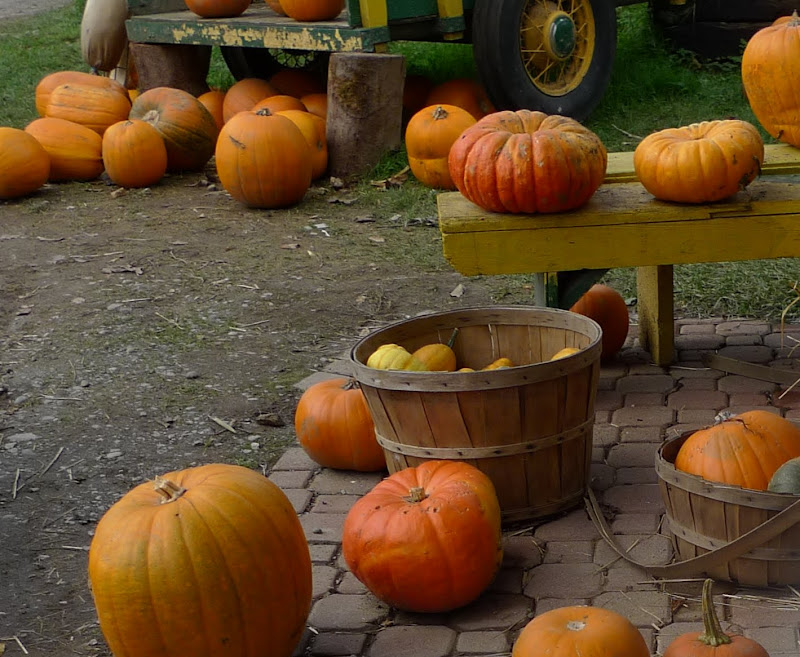 In the past I would laboriously cut the skin off the pumpkin, cube it and then steam it in a huge pot. What was I thinking! Don’t try this unless you have a lot of energy to expend. Instead try this method. So, so much easier!

After the pumpkin is cooked it’s a good idea to blend it so that you have a nice smooth texture. A food processor or food mill works great for this. 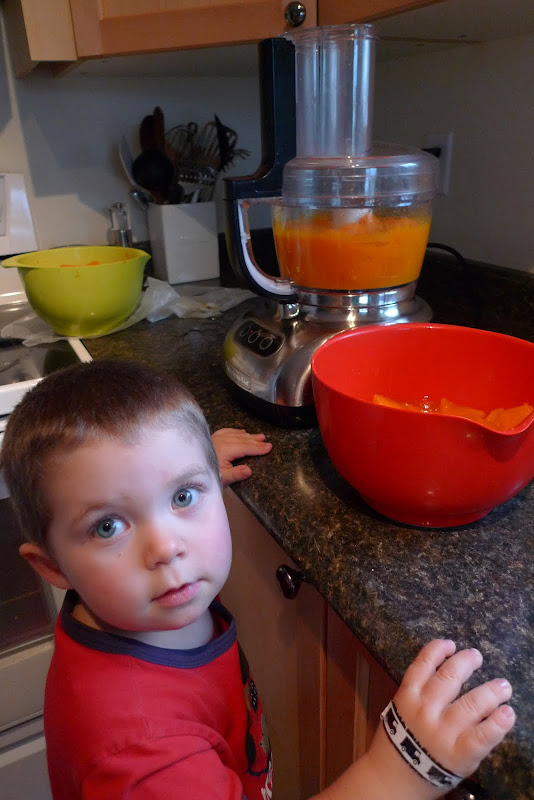 Unfortunately, it’s highly recommended that you don’t water bath or pressure can pureed pumpkin because of its density. Food in Jars has a great post on Why Pumpkin Butter Can’t be Canned. Although, I’m (secretly) glad I don’t have to pull out my water bath canner right now. 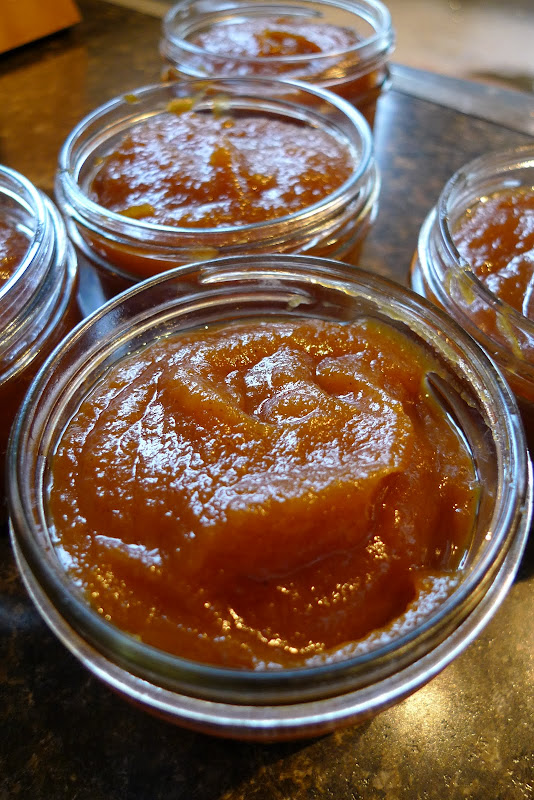 I opted to freeze the pureed pumpkin. It’s a popular choice because the pumpkin keeps in pumpkiny-integrity when it’s thawed. I made pumpkin butter and froze it in half-pint jars and froze the plain pumpkin puree in quart jars. Freezing the pumpkin puree in mason jars reduces plastic use (ding!) and isn’t a problem as long as you leave enough head-space for the puree to expand during the freezing process. 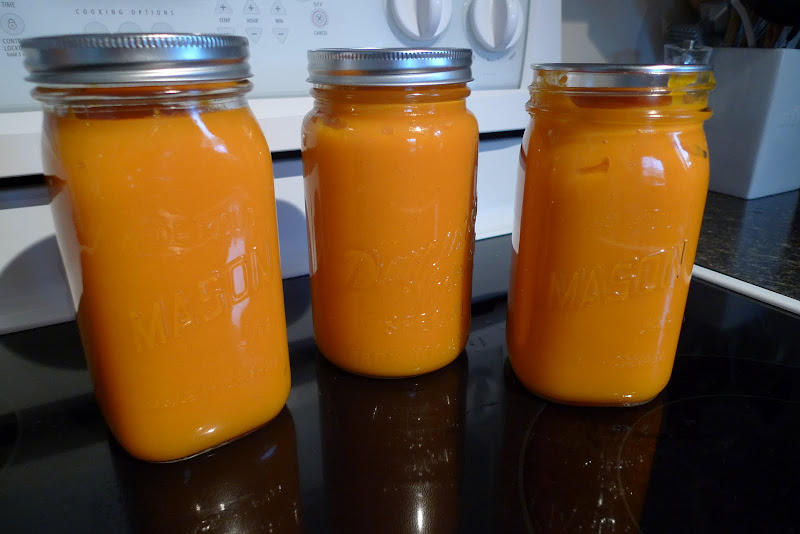 Now what to do with all those frozen cranberries…

One Year of Blogging!