In the fall we went around town asking people if we could pick apples from their apple trees. We gathered about 500lbs of apples, of all different varieties, and met some really nice people. We rented an apple press and squeezed out about 120 liters (32 gallons) of apple juice from all the apples we picked. That’s a lot of apple juice!

Not wanting to put all our apples in the same basket (grin), we stored the apple juice three different way. Half of the juice went to the brewery to be made into apple cider, some went into a carboy at home to be made in apple wine and the rest was canned as apple juice in quart sized jars.

Last week we got a call from the brewery. Our apple cider was ready and we could come in any time to bottle the cider. And this is what we did on Wednesday… for four hours! It took so much time because the carbonation machine was very slow. It took about one minute to fill each bottle and we had 180 bottles to fill.

We gathered and washed over 200 beer bottles, but they still had to be sterilized. Here are some sterilized bottles. 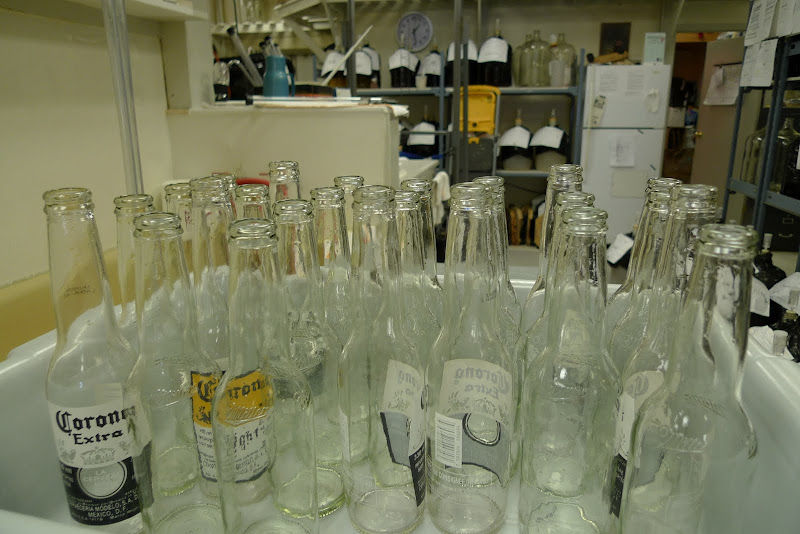 As you can see we used a variety of bottles… Corona, Miller, Stella Artois… 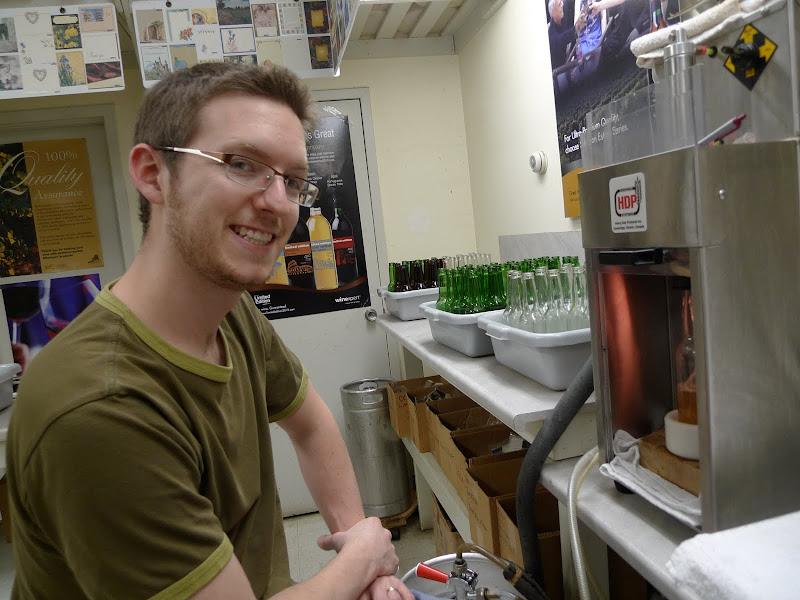 This was my view for four hours. Hubby sitting at the carbonation machine. I can’t complain, this was the closest we’ve been to having a date in a long time. 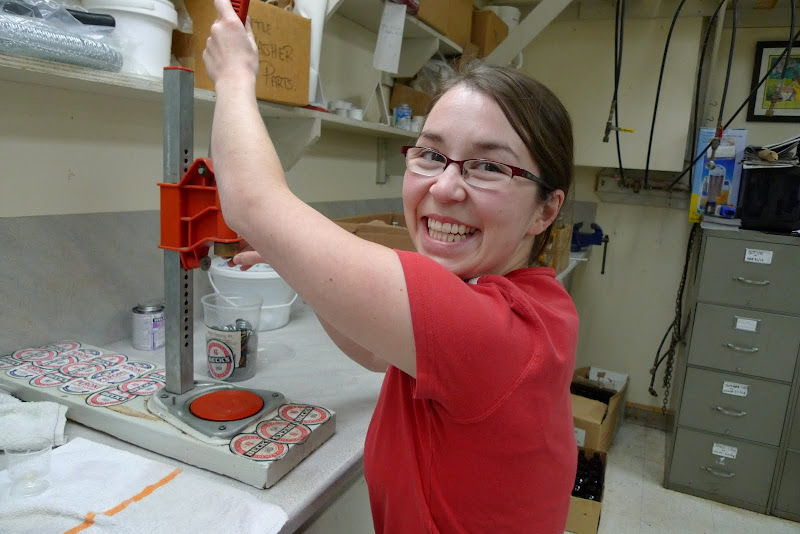 This is to prove that I was there. When Hubby would pass me a filled bottle I would cap it. I’m not actually doing anything in this picture, just pretending and waiting for the next bottle. 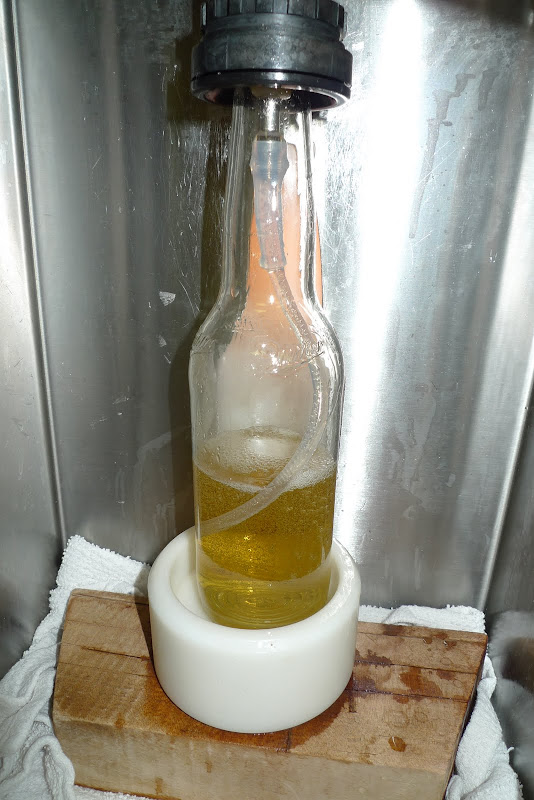 The slow carbonation machine. Next time we’ll bring a laptop to play a movie while we do this. 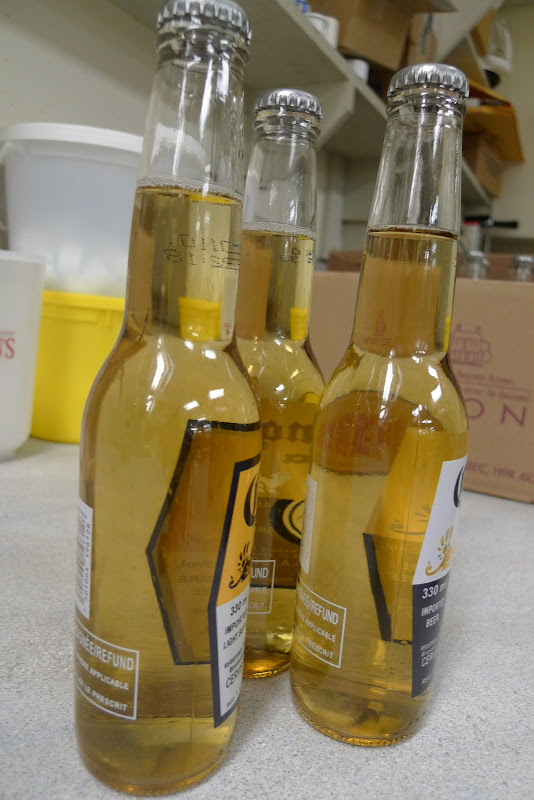 Looks like Corona, but it’s actually apple cider. I think it tastes better than Corona myself but I’m not a beer drinker. It also has more alcohol compared to Corona… maybe that’s why I like it better 🙂
Bottling Apple Cider was last modified: December 12th, 2010 by Josée
Food Projects
4 comments
0
Facebook Twitter Google + Pinterest

I read this last night before bed and then proceeded to dream about you and your apple cider… It was really weird. Hopefully you don't actually plan to start catering polygamist weddings? (like I said, weird!!)

@ Chelsea – I think it tastes good, you'll be able to try some soon!

@ Elizabeth – Thanks! It was a lot of work but I think it was worth it.

Haha, looks like fun!! Apple cider has alcohol? I didn't even know that…but I bet it's really good.