Many people eat fish on Lenten Fridays. We don’t. We live inland so eating fresh sustainable fish is a luxury for us. The last time we ate seafood was for Christmas when we hosted the Feast of the Seven Fishes. That’s eleven weeks ago, but who’s counting! Actually we did eat wild sockeye salmon earlier this week (but it was the first time in eleven week!). I had some frozen salmon that I received as part of a trade for a doe (female rabbit). The fish was too good to be Lenten Friday food.

So tomorrow we are eating soup. Soup is good Lenten food especially when it’s mushroom barley soup. The recipe is from The America’s Test Kitchen Family Cookbook and I’ll include it below.

We have a friend that dislikes mushrooms. I thought of him when I picked out the recipe. I wonder if he would eat it? Actually, our good friends are coming to visit us and I’m tempted to serve this soup when they arrive… but that would be plain mean. I’d like to think that I’m not mean. My Hubby had an aversion to mushrooms when we were dating, but I like mushrooms so he had no choice but to eat them. Eat them he did and now he can freely say (even when I’m not in the room) that he likes mushrooms. He can’t say the same about peas…

Here is the original recipe. Consider it a source of inspiration. I won’t be using fancy mushrooms because they are too expensive right now so button mushrooms will act as a replacement. I know that the flavour won’t be as amazing but this is a Lenten meal after all. 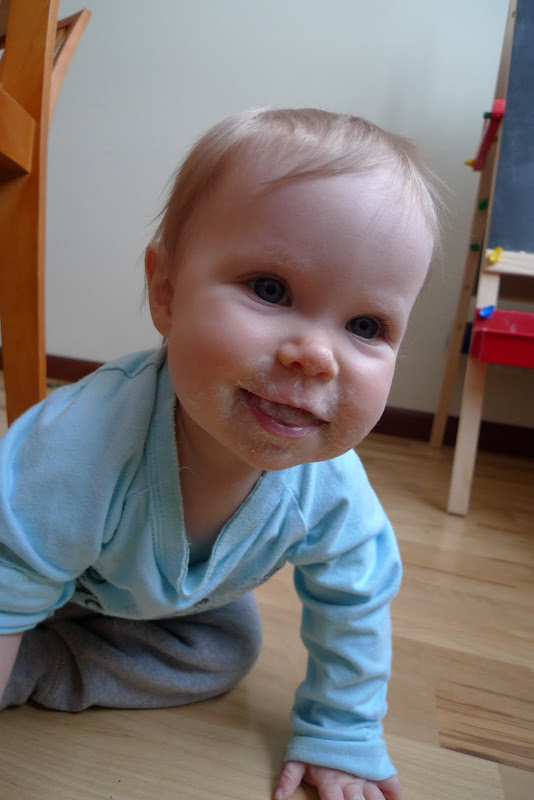 Alternatively we could all eat chalk instead.

1} Melt butter in large dutch oven over med-high heat. Add the onions and cook until softened, about 5 minutes. Stir in mushrooms and 1/4 t. salt and cook until they have softened and browned, 10 – 15 minutes.

2} Stir in the carrots and garlic and cook for 1 minute. Stir in the broth, barley, thyme and 1/2 teaspoons salt. Bring to simmer. Cook until barley is tender, about 50 minutes. Season with salt and pepper before serving.

To make ahead: this soup can be cooled, covered ad refrigerated fr up to 3 days in the fridge or 1 month in freezer. Reheat over low, adding additional water or broth to adjust consistency.

Sweetpea Has Turned One!