Fiddleheads are baby ferns still in fetal position, or all curled up. They have a very short season. One week they’re at the farmers’ market, the next week they’re gone. Fiddleheads come from the edible ostrich fern. They need to been cleaned and cooked properly before being eaten and should never been eaten raw. Health Canada has some food safety tips about fiddleheads that are worth reading. 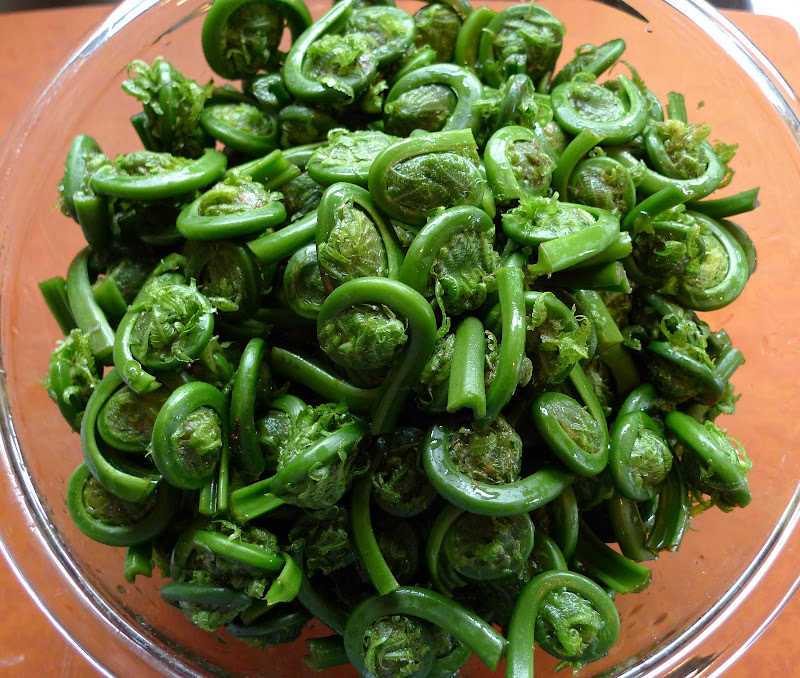 I came across the idea of pickling fiddleheads over at Well Preserved; they used this recipe. I’m always careful about using canning recipes from the internet. It’s so important to use recipes that are safe and from reputable canning site, like those over at the National Center for Home Preservation. So after some internal debate I decided to use the pickled fiddlehead recipe from The Complete Book of Pickling and made a few (safe) tweeks using the other recipe as inspiration.
Lemon-Pepper Pickled Fiddleheads
Adapted from The Complete Book of Pickling
Makes about 4 pints (500 mls)
3lbs fiddleheads
1/4 sugar
2 Tbsp pickling salt
3 cups white vinegar
1.5 cups white wine vinegar
2.5 cups water
1 lemon, remove zest and cut into 1/4 inch strips and juice lemon
whole black peppercorns
1. Prepare canner, sterilize jars and heat lids according to manufacturers directions.
2. Trim the woody ends off the fiddleheads. Rinse the fiddleheads in plenty of water and remove any remaining pieces of husks.
3. Heat a large pot of salted water to a rapid boil. Blanch fiddleheads for 1 minute in batches. Plunge the blanched fiddleheads into icy cold water, switching the water if it gets warm. 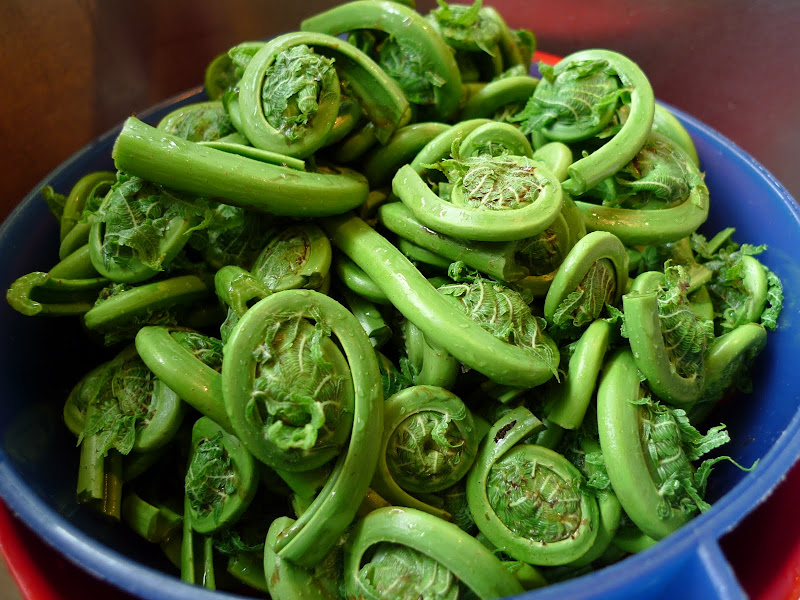 Blanched fiddleheads
4. In a large pot combine the vinegars, lemon juice, water, sugar and salt. Bring the mixture to a boil and dissolve sugar and salt. Drain the fiddleheads well and then add them to the vinegar mixture. Simmer until heated through.
5. Remove the hot sterilized jars from the canner and add 1/8 tsp. of whole black peppercorns to each jar and add a few pieces of lemon zest strips. 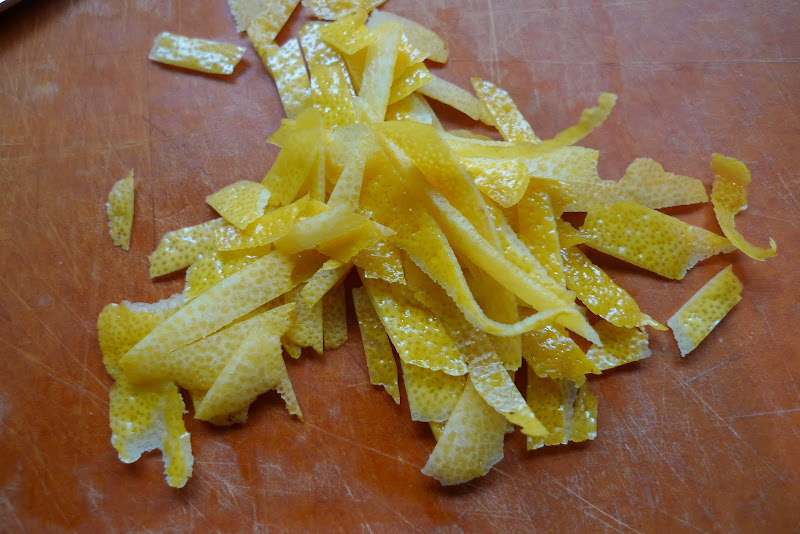 6. Pack jars well with fiddleheads leaving about 1 inch of headspcae. Ladle in vinegar mixture, leaving 1/2 inch headspace. Release bubbles. Wipe the rims and place lids onto jars following the lid manufacturer’s directions.
7. Place the jars into the canner and return to a boil. When boiling, process the jars for 10 minutes, more or less depending on your altitude (12 minutes here). Turn off the heat and let the jars sit in the water for 5 minutes. Transfer jars to a towel line countertop and let stand for 24 hours. Check the seals on the lids before storing the jars. Any jars that did not seal should be refrigerated. 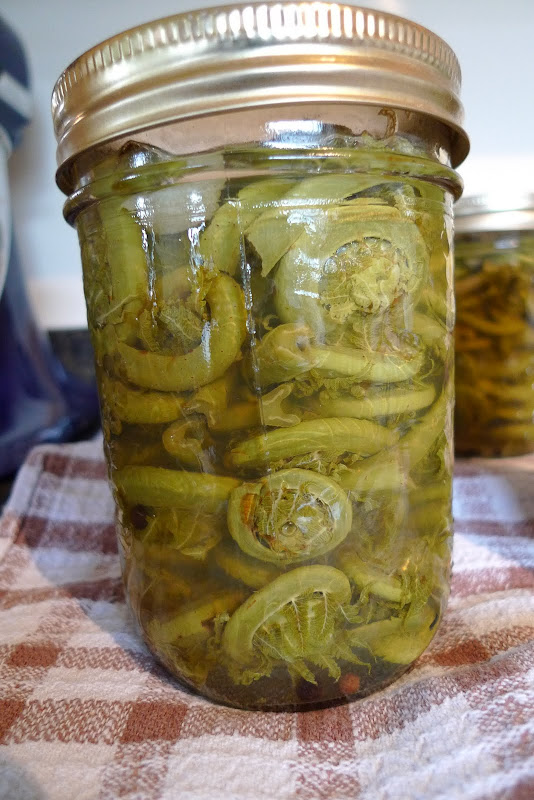 How Does Your Garden Grow?

What Happened to the Weekly Menu?

Yum! I'll have to try this one of these years. I LOVE fiddleheads…

…my, my….I love these too and am sad now that I realized the date that you posted this….perhaps the season is now over. I wonder if I can find any by the river somewhere below our property…did you get yours at the farmer's market or did you hand-pick these yummies? Just curious. 🙂

I picked them up at the farmers' market. They might still have some but I can't say for sure.

Just made a batch using your recipe, can't wait to try them. Thank you for sharing!