We did it! It’s been a long day, but all thirty-five chickens have been killed, plucked and butchered. After the trauma of killing and butchering the first chicken (I won’t go into details) we didn’t think we’d get them all done today. But, we figured it out and fell into a rhythm. 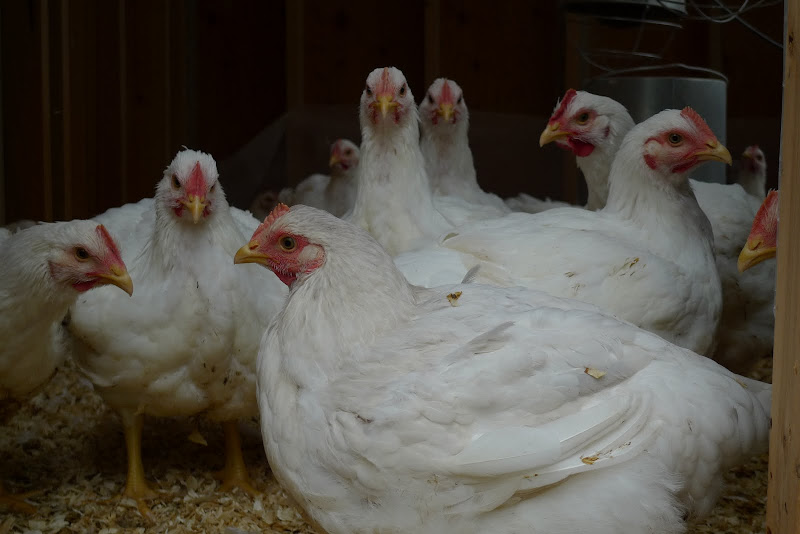 Before we started my sister insisted that we read How to Butcher a Chicken. It’s a good thing we did. I didn’t know that chickens had crops or oil glands on their tails. 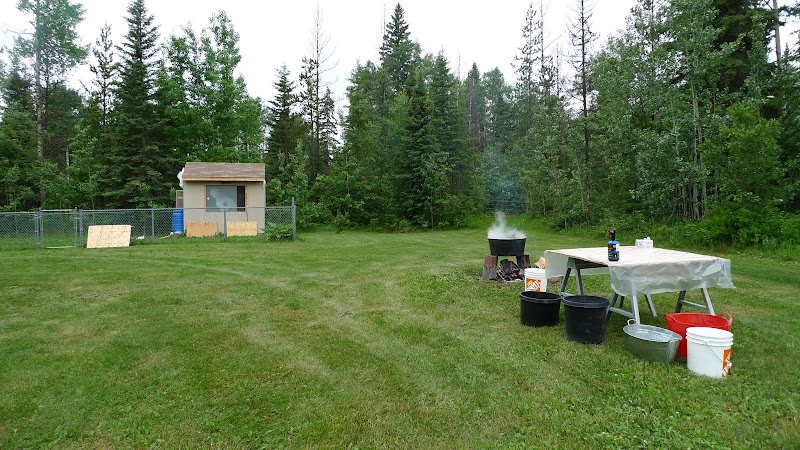 At first we tried killing a few chickens with the axe and stump chop-off-the-head technique but this proved to be too messy and too traumatic for everyone (the chicken included). Instead we borrowed a slaughter cone from the neighbour. You use a slaughter cone by putting the chicken into the cone head first, slicing it’s jugular vein and letting the chicken bleed out. It’s much less traumatic and there are no headless chickens running around.

I took charge of the plucking and my sister and dad did the butchering. Of course we’d switch around depending on what was happening so we each got the chance to butcher and pluck. 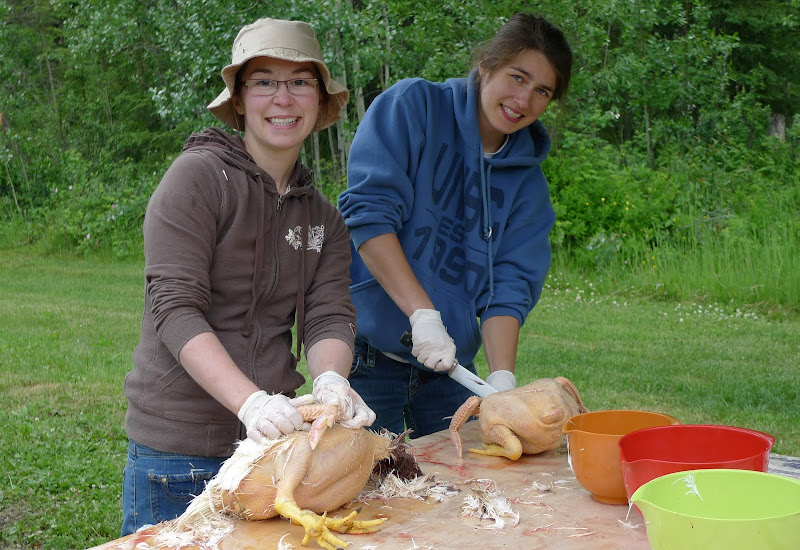 A few of us who didn’t want to kill, pluck or butcher were on water duty. Water duty included keeping the scalding pot full of boiling water and refreshing the tubs of water we used for rinsing and cooling the chickens. My mom did the final cleaning of the chickens and prepped them for storage. 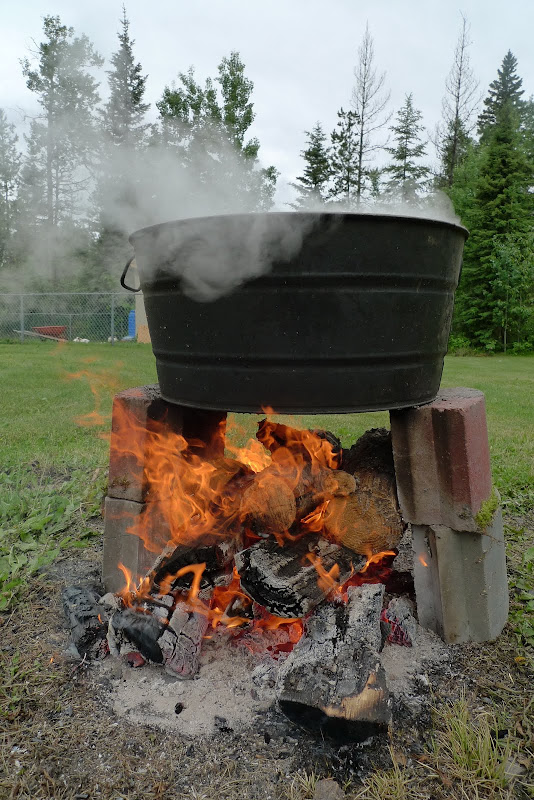 There is one thing I came to realize today. Killing, plucking and butchering chickens is much more work than killing, skinning and butchering rabbits. Another win for raising meat rabbits! Now, it’s true that a plucking machine would have helped and that we’d probably get quicker with more experience. But still! It took us about six hours from set up to clean up to complete thirty-five chickens. We could have done thirty-five rabbits in half that time, easily.

O my goodness Josee, I have high regard for you and your family members! Imagining 35 chickens though…

WOW! You have guts (hehe) that's for sure! Great job Josee and family! Are you going to do it again now that you've done the butchering part??

Thanks Jane! Thanks Cindy! Yes, we're planning on raising chickens again next year. We'll probably try raising a different breed and maybe even a few turkeys too 🙂