Last fall, I came across Do It Gorgeously: How to Make Less Toxic, Less Expensive, and More Beautiful Products

and purchased some beauty making supplies from soapcraft.ca and Serf to Surf. The plan was to mix up some homemade bath and body care products so that our family could avoid all those nasty chemicals found in conventional products. In the last eight months, I’ve tried a few things from Sophie’s book. 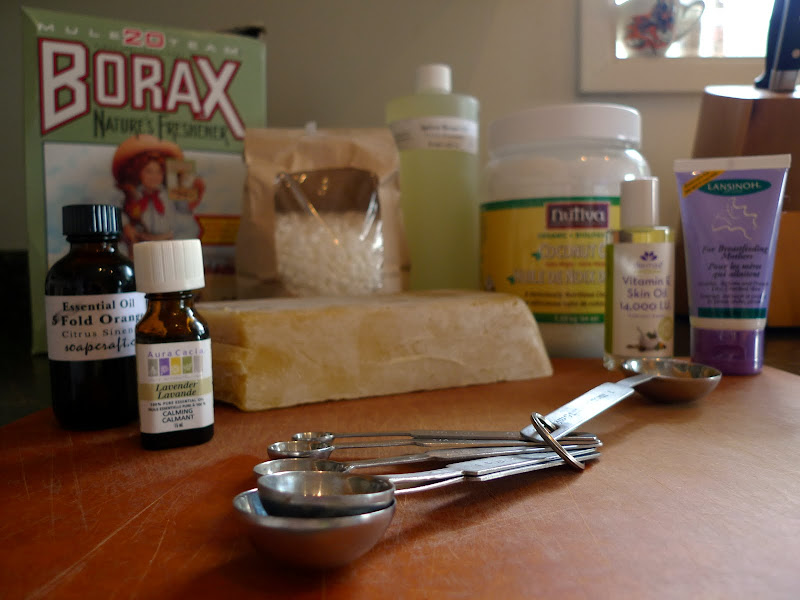 The first was the Baby Shampoo (p. 124). It worked well but no matter how careful we were the liquid castile soap would run into little eyes and induce screaming. A bar of Dr. Bronner’s Baby Mild Soap

works just as well without the tendency to run everywhere. Next was the Baby Balm (p. 122) which worked wonderfully but came out a little hard. This was probably my fault. I don’t think you’re supposed to estimate the 2 Tbsp. of beeswax that goes into the mixture. Other that it being too hard it worked really well and I would make it again, but with the right amount of beeswax. 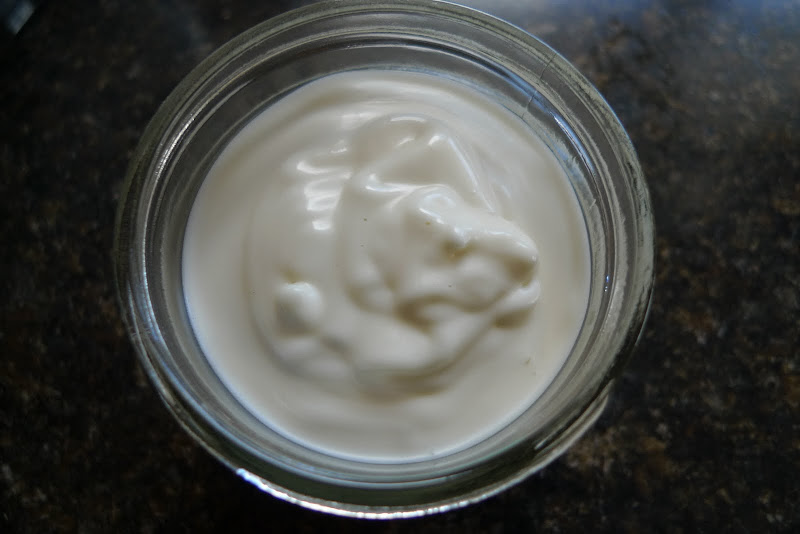 I made the Vanilla Body Cream (p. 47) when I ran out of the Baby Balm. This was super easy to prepare and is very spreadable. At first it feels greasy but the oils do get absorbed. It’s more of a body cream than a hand cream. Every time I use it one my hands I can’t open doors for a good five minutes. I’d like to try the Winter Hand Salve over at A Sonoma Garden for a hand cream. My hand get really dry in the summer with all the gardening and canning. 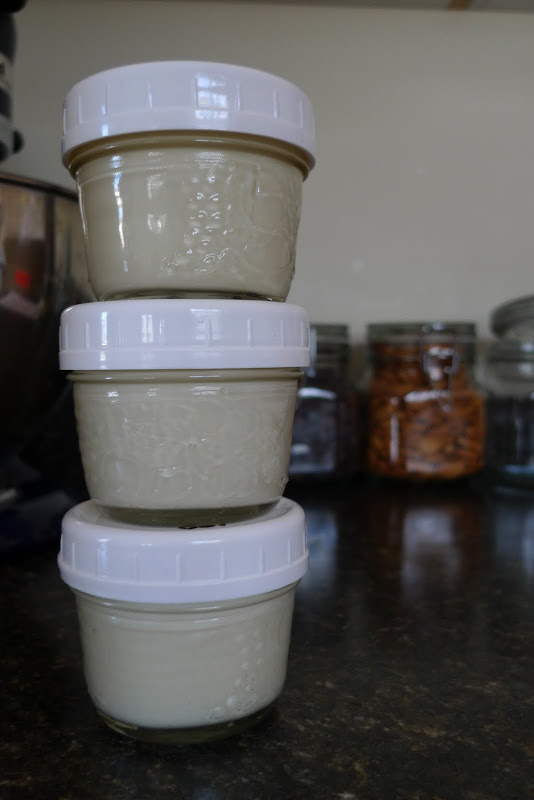 Then I spoke with a friend of mine, and she raved about the effectiveness of coconut oil and baking soda as a natural deodorant. I made a mixture by melting 1/4 cup coconut oil and stirring in 1 Tbsp. of baking soda (aluminium free) and have been testing it out over the last couple weeks. It’s not an antiperspirant but works as a good deodorant. I might try adding a few other things when I make the next batch. Angry Chicken has a Homemade Deodorant recipe that looks good. 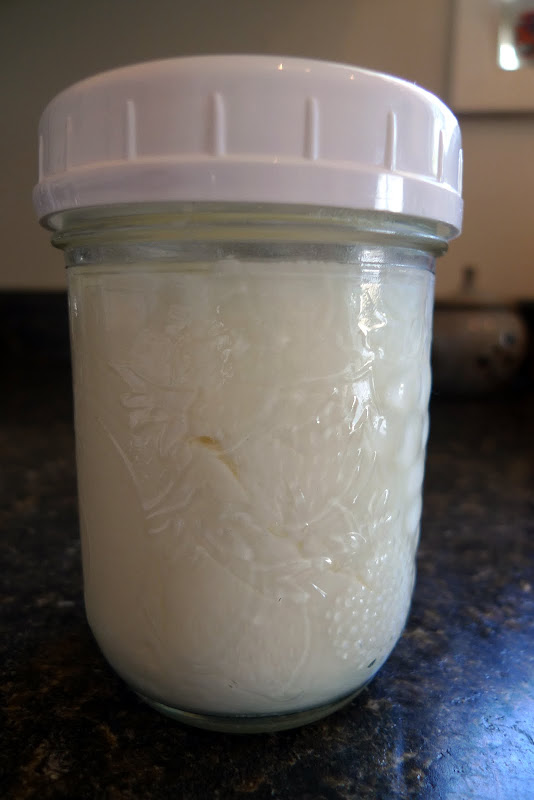 And today, after months of not having a face cleanser. I got my butt in gear and made the Citrus Cleansing Cream (p. 23). I was concerned when the oils and water didn’t emulsify properly but I gave it a good shake when it had cooled and it seems fine.

Next on my list is some Homemade Toothpaste by Crunchy Catholic Mama and some homemade Insect Repellent.

Fun! You have got to try this natural sugar scrub. I'm addicted to it: Fill a jar (one that is big enough for you to scoop the scrub out later) with raw brown sugar, then add olive oil to almost cover. Add 2 TBS vitamin E oil (try to get natural), then add 1 or 2 drop essential oil. Mix it with a spoon. Rub it on your arms, legs, wherever in the shower. It leaves your skin SO soft. I've been meaning to post about it, but I haven't gotten around to making my refill!