This morning we went to visit Mamou while she took her horseback riding lesson. She has been taking riding lessons for half a year but she isn’t new to horseback riding. She grew up on a farm and was fierce barrel racer, or so I’ve heard. I think most of her riding experience was Western, but she seems to be enjoying the challenge of English riding.

Her goal for this morning was to introduce Monkey to the idea of horseback riding in the hopes that one day her grandson might become a high horse jumper. Whoah! Wait a second! That sounds dangerous… and wasn’t I was the one that wanted to ride horses when I was young. 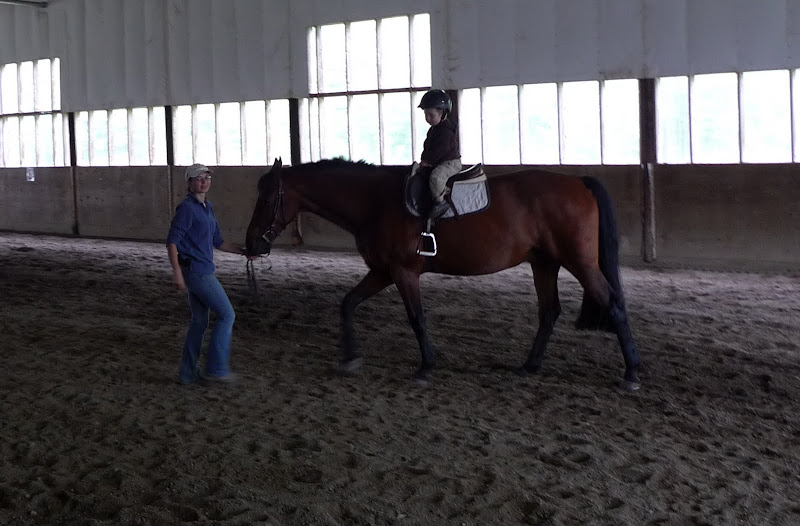 Now Monkey is only three and won’t be taking horse riding lessons for a while. Mamou hopes that he will visit her at riding lessons once a month to get him used to seeing and being around horses. I think it’s pretty cute and honestly I like the idea of horseback riding over many other popular sports.

Today I was surprised that Monkey was eager to climb on top of the huge (and beautiful!) horse. He didn’t want to get off. He even helped to brush the horse afterward with little prompting. We’ll see what the future holds. 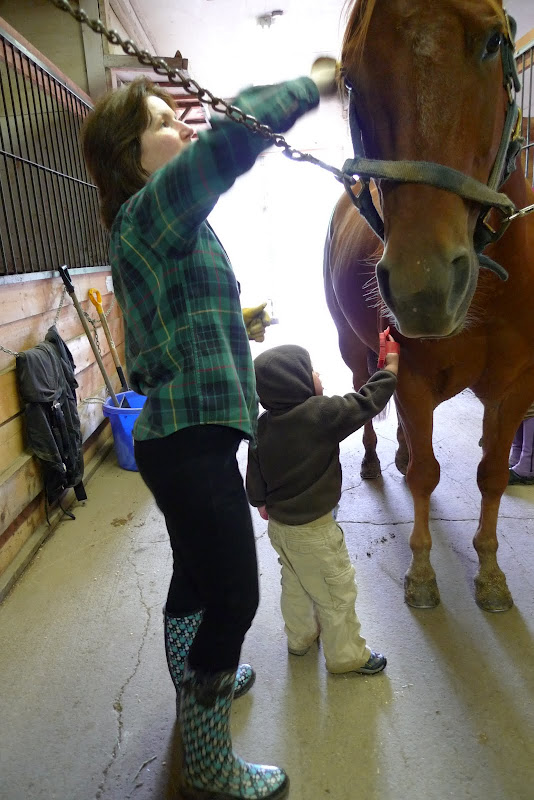