Yes, I’m still pregnant. Tomorrow I’ll be 41 weeks pregnant. I really don’t have much else to say other than I’m not surprised.

Miffy is becoming one of my daughter’s favorite storybook characters. The books, which are originally Dutch, are very simple and pleasing for little ones to look at. The trouble is they don’t seem easy to find. Amazon.ca has several hardcover Miffy books in stock and three board books available for pre-order, but many of the books are out of stock or take several weeks to ship. I’ve been checking out other places too like bookcloseouts.ca and ebay.ca with some luck. Any other suggestions for where to look?

There’s been a lot of reading, drawing, painting and playing with play dough these days. Yesterday, we made caterpillars which involved painting a strip of egg carton. Nothing fancy. Today I might bring in a bin of snow. We haven’t been getting out much. I’m far too uncomfortable and tired. So any simple activity that makes my children happy makes me happy too. 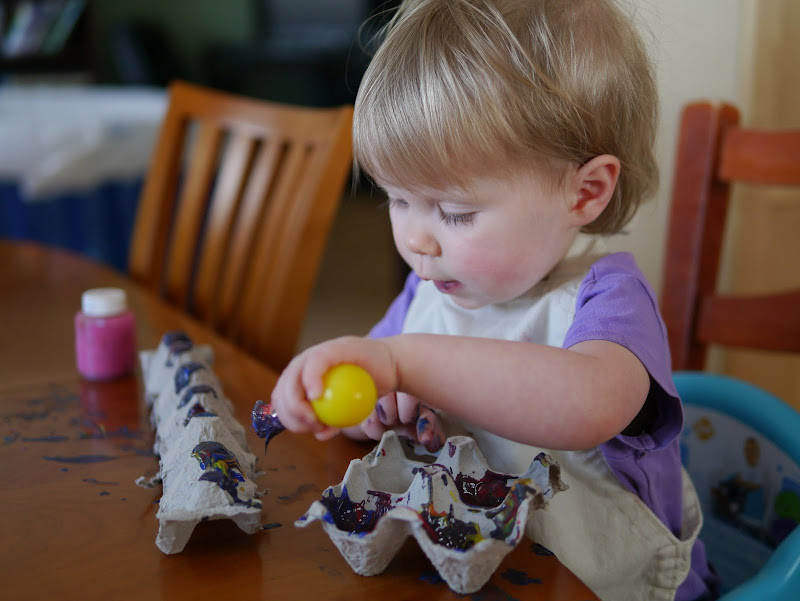 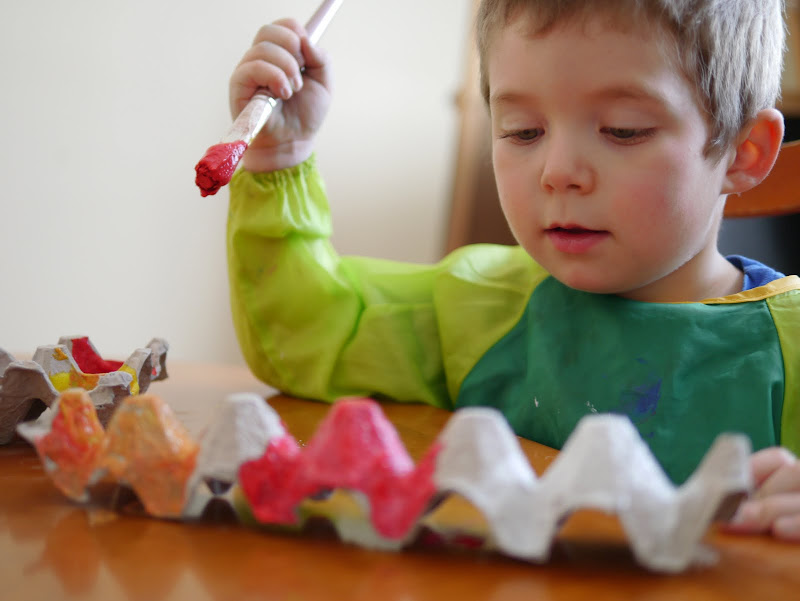 Today is the day that my son was baptized (four years ago). We’ll be inviting his godparents over for dinner so that they can spend some special time with him. It’s important to us that the godparents of our children play an active role in their lives so we’re always looking for special ways to make this happen.

I am a fan of Dr. Ray Guarendi. His down to earth approach to raising children is a breath of fresh air a midst all the “expert” parenting advice bombarding us every day. I been taking the time to re-read Discipline that Lasts a Lifetime and catch myself laughing aloud while reading some of his funny comments about raising kids.

Would you take a four-year-old to the symphony? My husband suggested bringing our son to a symphony sometime in the near future.

— 7 —
After finishing the first and second season of Downton Abbey I feel a little lost. I enjoy watching something in the evening while I knit but there doesn’t seem to be anything of interest to me right now. Over the last few months I’ve gone through a documentary phase, a Bollywood phase and even a Korean drama phase, but now what? Last night I settled for an episode of Heartland.
For more Quick Takes, visit Conversion Diary!
Seven Quick Takes was last modified: June 1st, 2016 by Josée
Seven Quick Takes
3 comments
0
Facebook Twitter Google + Pinterest

After a Rain Storm

The Importance of Slow Days

Yes! Absolutely take him to the symphony!! I think they do kid concerts occasionally. What a great way to inspire a love of music.

You might want to practice listening to classical at home first. I put on classical songs and sit with Mary and we talk about what story we think the music is telling.

Most of the time if you get tickets you can go sit in the very back of Vanier hall, those seats are never full and that way they could talk.

Anyway, you can do it!! SO excited to hear of that baby coming.

I would not take the 4-yr old to the symphony. I'd wait until 6. Maybe my kids are just extra fidgety.