This morning Monkey locked us out of the house. It wasn’t an accident. He was upset that I wouldn’t let him play a computer game. Thankfully, we were all outside, including Teddy, the weather was nice and I happened to bring the phone outside before it happened. So we lounged around until my Hubby came home to let us in.

A few days ago we went to visit my parents. After supper Monkey went outside with Papou (grandpa) and Zak the dog. They went for a quad ride and then decided to teach Zak some tricks using doggy treats. 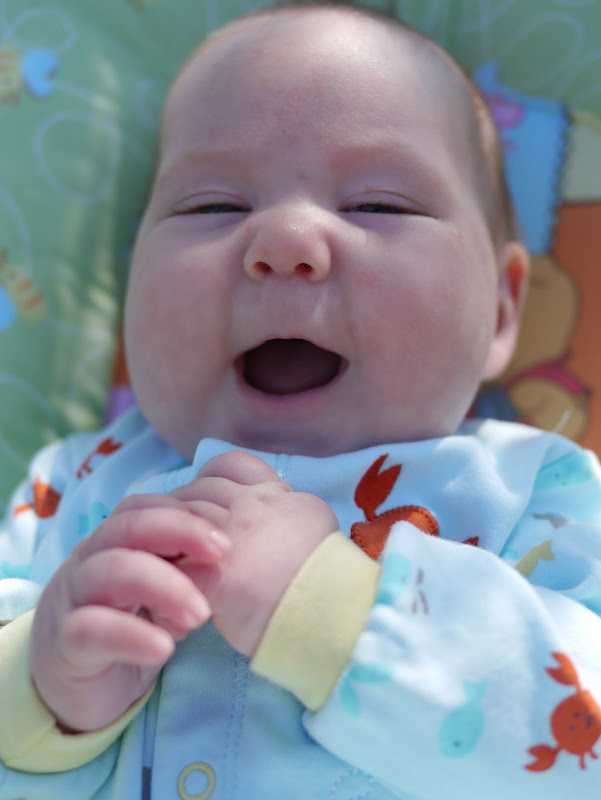 After a while Monkey got jealous that Zak was getting all the treats so he snagged a treat and wolfed it down. I tried to explain that dog treats were for dogs, not for little boys and that they weren’t very good. His response to me was “they’re actually really yummy!”. What do I know? I’ve never eaten a dog treat before.

A little later Hubby jokingly said that Monkey would turn into a dog if he kept on eating dog treats. Monkey wasn’t convinced but when Mamou (grandma) gave Zak a cookie a few minutes later Monkey replied “don’t give Zak cookies, he’ll turn into a boy!”. What a Monkey!

Oh! Those boys! Mine are up to things just like that too! Someday we'll laugh, right? 😉

What a stinker!!!! He is sure going to keep you on your toes!

Alex has those jammies too, they are very fitting for him seeing as he is always so crabby. 😉