Not every outdoor adventure goes smoothly when you have little ones. Today we went to a local lake, West Lake, for a picnic after mass. I always get caught up with chatting to friends after church. Today was no exception. Unfortunately, by the time I was forced into the van (by my Husband) the little ones were getting hungry. With the lake being fairly close (a ten minute drive from the church) we chose to get there first and then eat. So we endured ten minutes of wailing (Teddy), crying (Sweetpea) and complaining (Monkey). 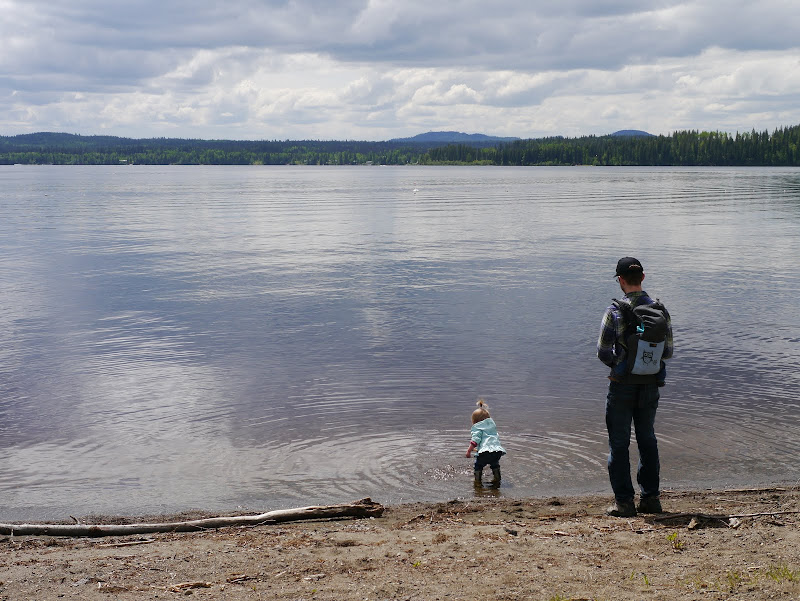 Teddy was so angry by the time we got there that I had to settle him before he would nurse (oops…). Monkey jumped ship as soon we arrive and adopted another family that had pails, shovels and food. Apparently, he had had enough of us. Sweetpea sat in her carseat crying while we settled Teddy and searched for Monkey. It wasn’t a great start to our picnic at the beach. 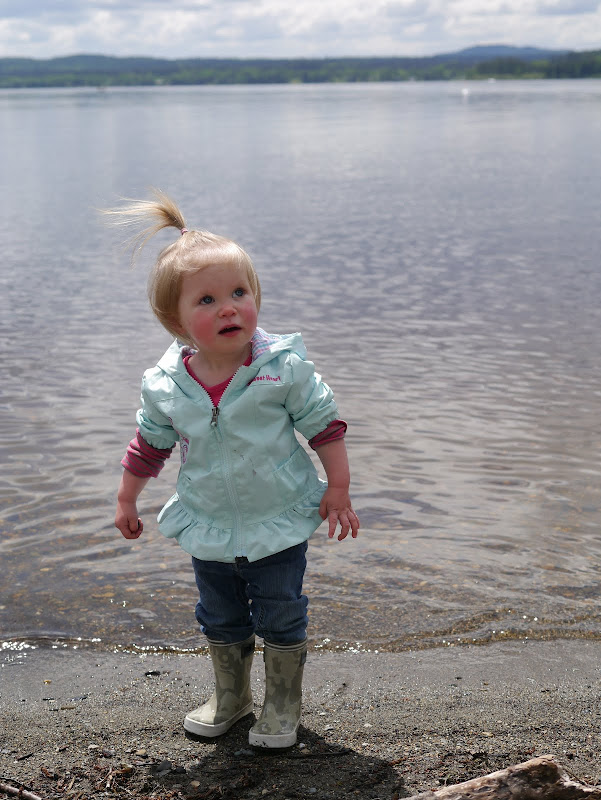 Once we dragged the little ones to the picnic table and started putting food in their mouths things improved, until the bugs decided to join the feast. I chose to eat while walking in circles to keep the bugs off of me. It also helped settle Teddy who decided that he was still angry about the whole affair even though he had tummy full of milk at this point. Once we ate the food and moved from the picnic table to exploring the lake and stream everyone started to calm down and enjoy themselves. 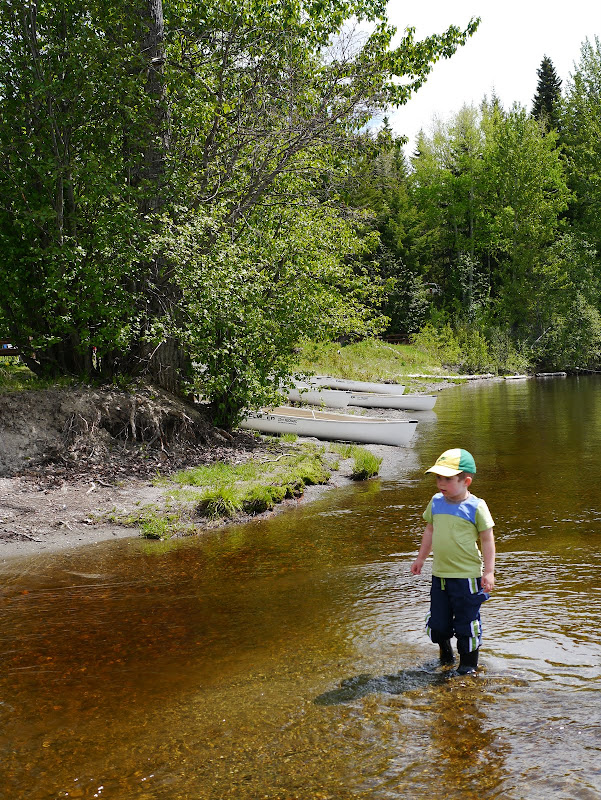 It’s actually a nice lake, if you ignore the swimmer’s itch and plethora of bugs (it’s probable not always so bug-y). There’s a little creek where the fish spawn and a bridge that goes across. The little ones love watching the minnows. I actually prefer West Lake in the winter. During the winter you can huddle in the little building and roast sausages in the fire, or get some exercising by cross-country skiing on the lake or pulling your little ones on sleds. It’s much more bug free. 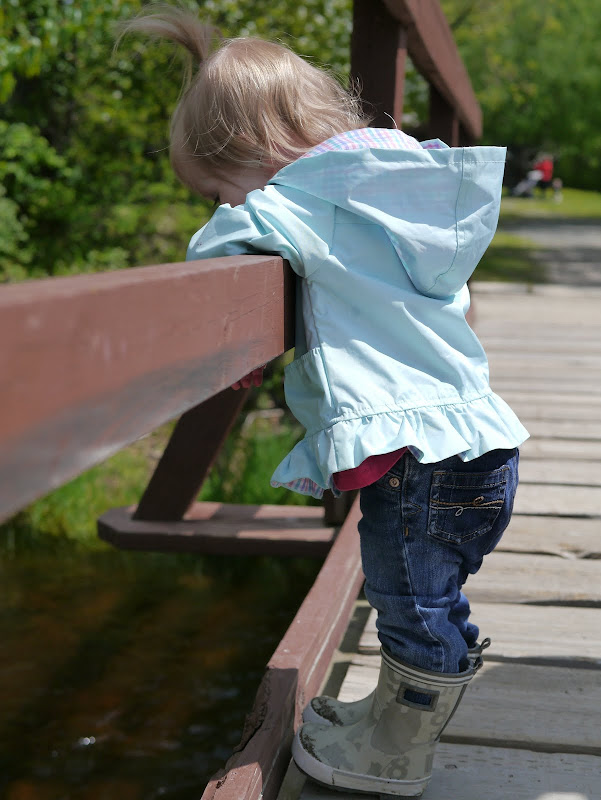 Sounds like a bit of a crazy day, we have had picnics like that too. Looks like the water was just what everyone needed to bring some calm to the day..funny how water does that 🙂

You should link up with Heather over at Naturally Crafted Mama, she does an {into nature} link up on Monday's. http://www.naturallycraftedmama.com/2012/05/into-nature_28.html

Thanks for the suggestion! I did link up 🙂

I love seeing dads wearing their babies. 🙂 You were brave to head to West Lake, ever time we've ever been there we were eating alive.

It seems every time we plan a picnic we end up feeding the kids the main part of their meal on the way there. 😉

p.s. I love your new blog!!! Nathaniel keeps trying to get me to change the name of my blog and make it all official but so far I've resisted.

thank you for sharing your nature adventure! this sounds all so familiar, i know those days! …. but doesn't the (usually) peaceful drive home make the beginning chaos so worth it!?

It looks like you and your family had a memorable day at the lake! The lake is so huge and it's so neat that the kids can walk in the shallow areas where the fish spawn. And I have to tell you I love kids in wellies! It is so cute to see them wade through water or mud! Thank you for sharing!

I bet the kids were ready to go to bed at the end of the day!