Yesterday was the culmination of one year of training through sun, rain, snow and ice, mostly alone. He ran on back roads, swam in lakes and biked long distances all for this Ironman triathlon.

The morning started early. The athlete requested pancakes for breakfast, and so I set my alarm for 4:00. I woke up my brother sneaking into the kitchen (he was sleeping on the couch). We made the pancakes together, mostly in silence. Having any sort of intelligible conversation that early in the morning just doesn’t happen. Bleary eyed my brother-in-law came upstairs with my papa. They ate pancakes and a mango-berry-banana smoothie. 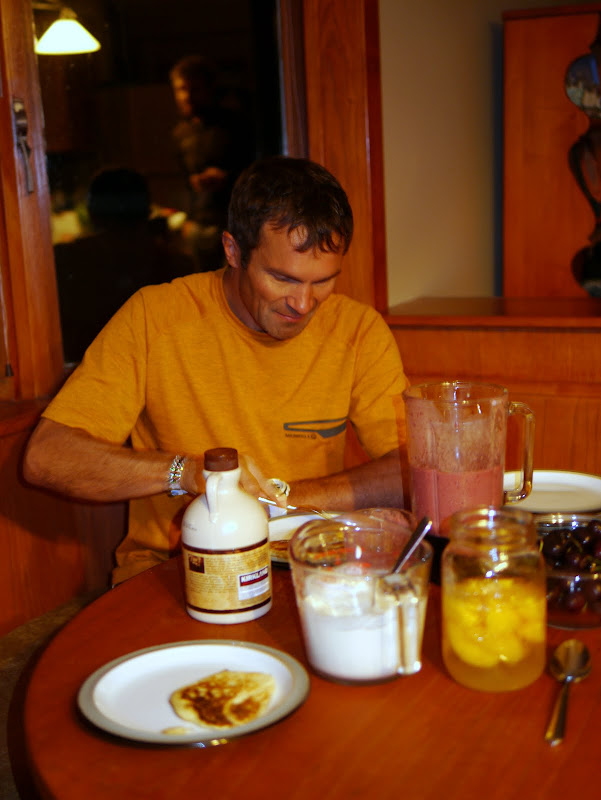 My brother set up some tunes on his phone we listened to Another One Bites the Dust and songs by Jose Gonzalez. The athlete left by 4:45 and my brother and I continued to cook pancakes in silence. We still had my sister to feed, along with my husband and the little ones.

At 6:00 I left with Teddy and my two siblings. We drove down to the lakefront to watch the athletes begin the swim. Imagine 3000 athletes swimming 3.8kms in a lake at the same time. It’s chaos, with a good measure of insanity. Within five minutes swimmers were being rescued from the throng of flailing arms and legs. Out of my dad’s age category forty participant did not finish the swim.

Papa completed the swim in 1:20:44. We waited just outside the transition area hoping to get a glimpse of him on his bike. And we saw just that, a glimpse, as he sped by on his bike along with many other competitors. The next leg of the triathlon was the bike portion, 180km with gruelling hills.

It was 9:00 and I was famished. It was time for lunch, breakfast was already five hours away. My sis and I ate laksa at the Wild Scallion, a hip little place with simple but delicious food. We returned home and I tried to relax for a couple hours. No luck. Everything was much too exciting so I opted for coffee instead, something that only happens in real emergencies. 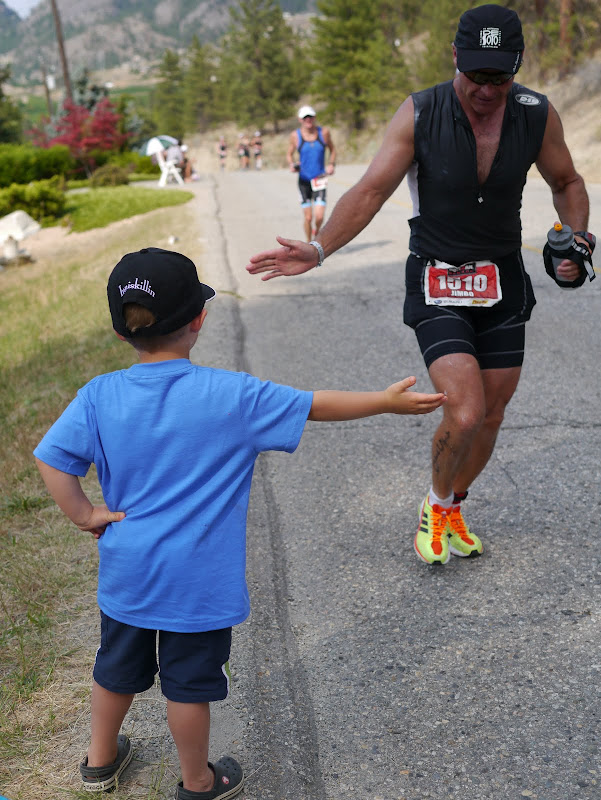 At 13:30 (1:30pm) we wandered up to the street to watch the last leg of the triathlon, the 43km run. We perched our chairs on the big hill and shouted encouragements to runners going by. Seeing the athletes push their exhausted bodies up the big hill was inspiring and terrifying. At one point an athlete bent over on the side of the road and proceeded to wretch. They were pushing themselves so hard! Others were tucking ice into their shirts to cool off and some were walking. 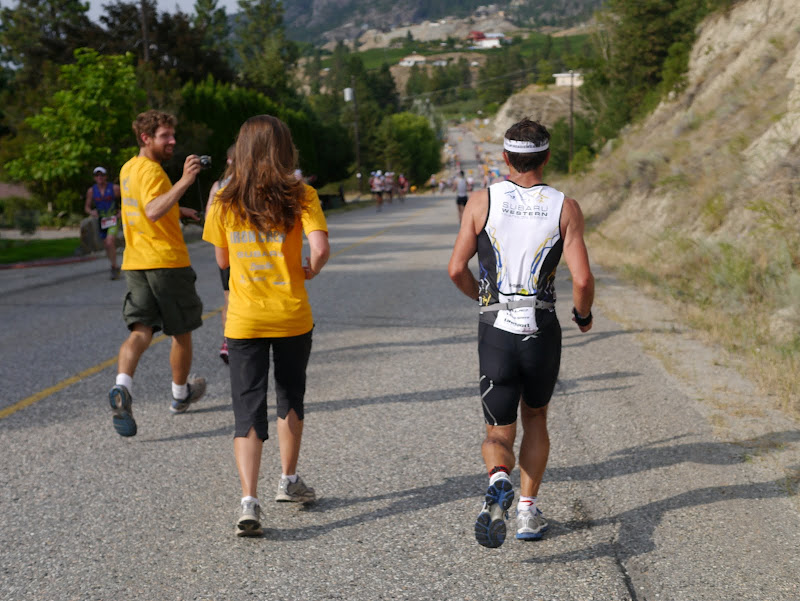 We saw Papa run by. He looked good, much to our relief. He smiled at us going by. He passed us again on his way back but this time he was looking exhausted. We ran by him for a couple minutes giving him encouragements. 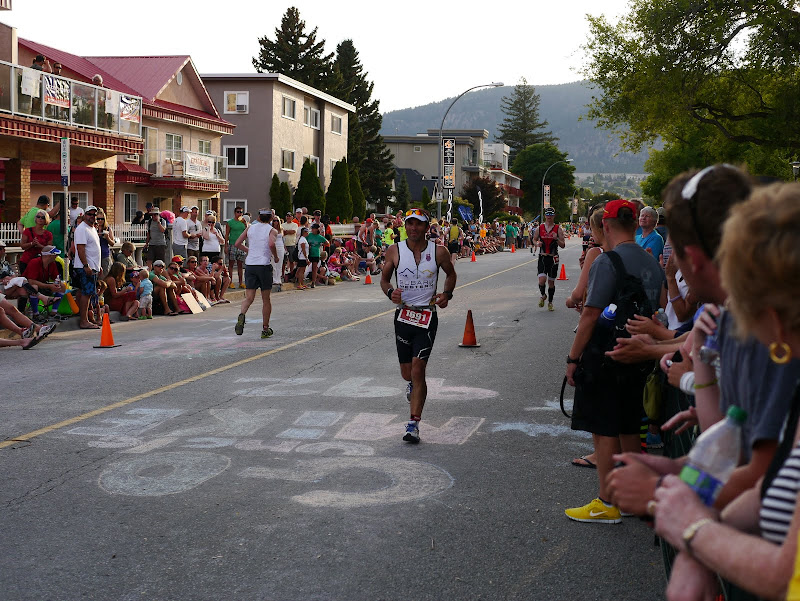 He still had a ways to the finish line so we got into the vehicle and drove to the finish line. We waited by the end of the race in anticipation. My sister and brother-in-law would give us periodic updates by text. They were following him on road bikes. 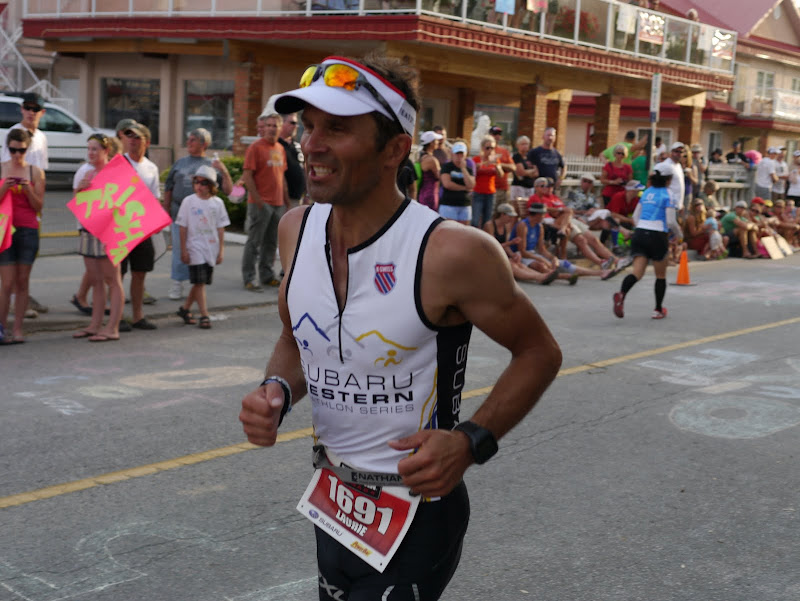 Finally, there he was. Looking exhausted, gaunt and relieved. We cheered and shouted “Go Papa!” as he crossed the finish line. We were so happy and proud of Papa the Ironman. He complete the gruelling triathlon in 11 hours and 31 minutes! A great time for a first time Ironman-er.

Settling in to our New Home

It is quite an amazing race isn't it, so very inspiring. Congratulations to the new Ironman, now it's time for the tattoo 🙂

I didn't realize there was a tattoo until I mentioned your comment to my dad. I guess he's considering it. Did you get one?