In the last few years I’ve stopped canning unique foods like chutneys in favour of more basic, versatile foods such as canned tomatoes. Every family has their favourite foods and it takes time to discover which home canned food will get eaten and which won’t. However, I still enjoy trying out new things and I happened to have a few pounds of very ripe prune-plums sitting in my fridge.

I have made a Chinese plum sauce in the past. I’m pretty sure it was never eaten. It wasn’t what I was expecting. So with those plums that were sitting in my fridge I was faced with a difficult decision. I didn’t need more jam, and we aren’t big on plum pie. Flipping through a few canning books I came across a Chinese plum sauce recipe in Put Em Up. I decided to give it another try.

I made the recipe with only a couple alterations. I tasted the sauc and it tasted good but the real test was at dinner tonight. We made pork pot stickers and served them with the plum sauce. Needless to say, we almost ate a whole jar of sauce. Delicious! 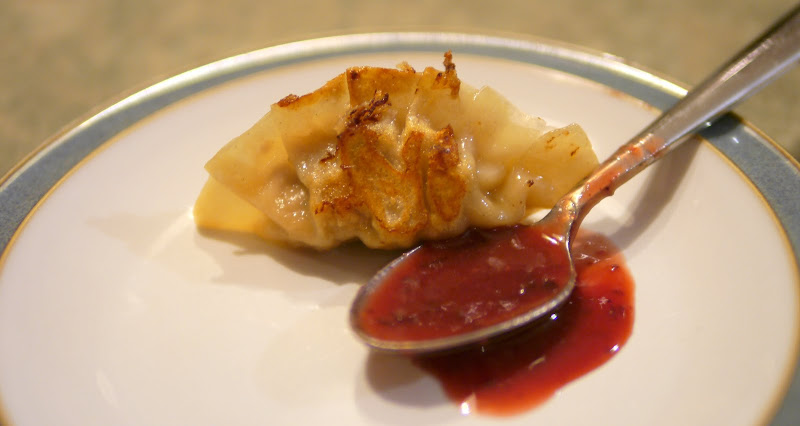 * I was able to find it at our health food store. 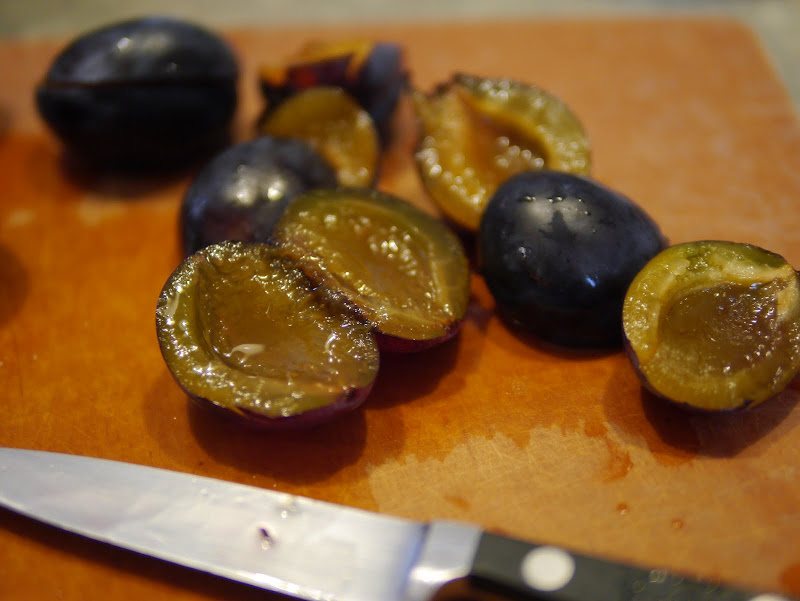 Put the pot on the stove and bring to a boil. Simmer the sauce for 20 minutes or so, until the plums look like they are falling apart.

Remove the sauce from the stove-top. Take out the star anise! Please don’t forget the star anise in the sauce unless you want chunks of it in your sauce. Blend the sauce, in batches, in a food processor or you could use a immersion blender. The key is to have a smooth uniform consistency. 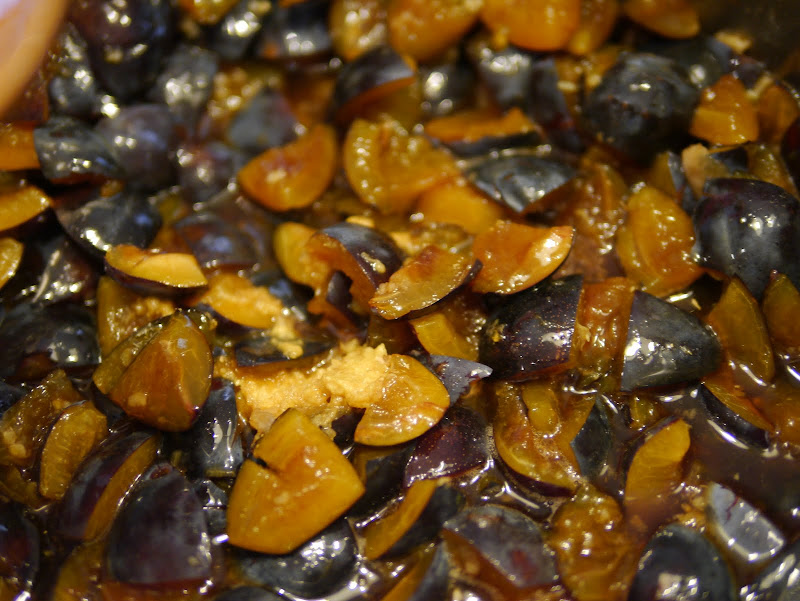 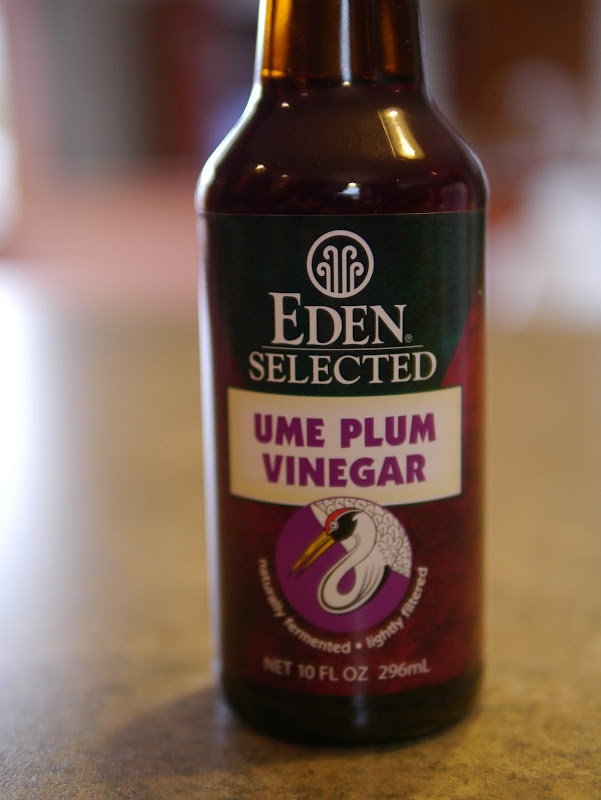 Pour your sauce into sterilized half-pint jars and place them into a water bath canner. Once the canner reaches a boil process the jars for 10 minutes (or longer depending on your elevation). Cool the jars and then check seals. Refrigerate any unsealed jars.

Yum! I won't be making these anytime soon, but I'm bookmarking it. I am always getting bored w/ the same old meals I'm cooking and always wish I knew how to make asian food. This looks fun!

How long should I reduce this sauce?