We eat a lot of salsa in our home. Not long ago I made twenty pints of salsa. I swear it was twenty pints, but now I’m only counting sixteen. Today I summoned the courage to preserve the last box of tomatoes. I scrounged up every last pint jar hiding in my home. Some of them were holding sea shells, buttons, or marbles. I needed every single jar.

Salsa is a labour of love. It took me a full afternoon to make this salsa. The recipe is based on the Basic Red Salsa from Local Kitchen. The difference is that this recipe makes four times the amount and the quantities are listed in kilograms, pounds and grams. I prefer weighing things because it allows me to have consistent results every year. If you want cup measurements I have included them below as well. 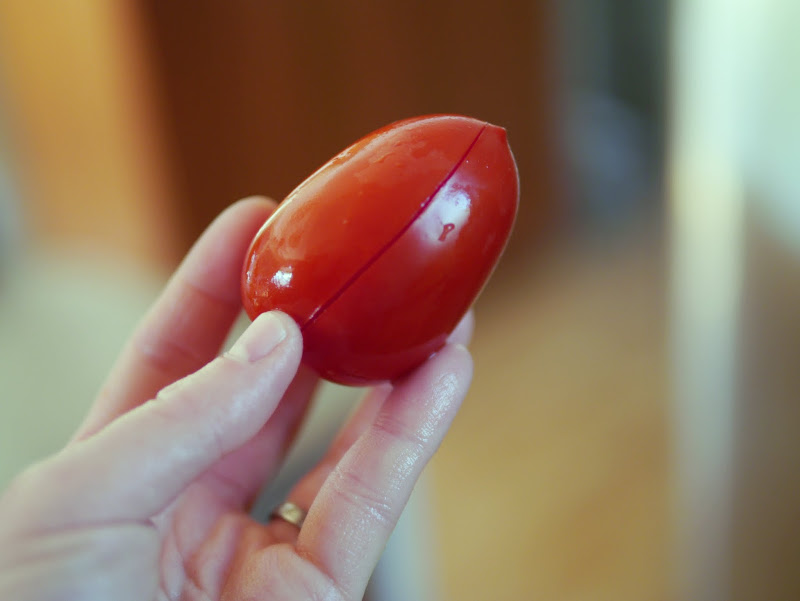 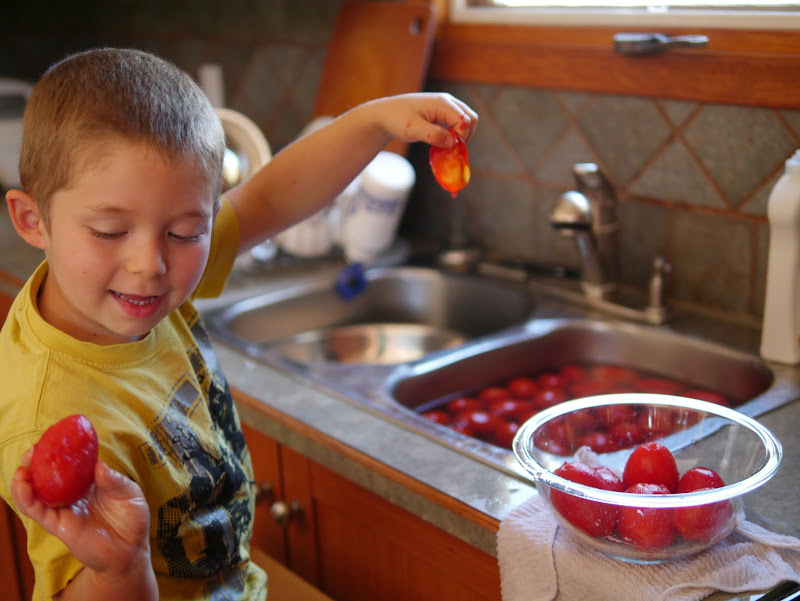 Chop the tomatoes. You could use a food processor if you wanted to; it would save time. Otherwise chop the tomatoes with a good knife. Put the chopped tomatoes into a large stockpot. 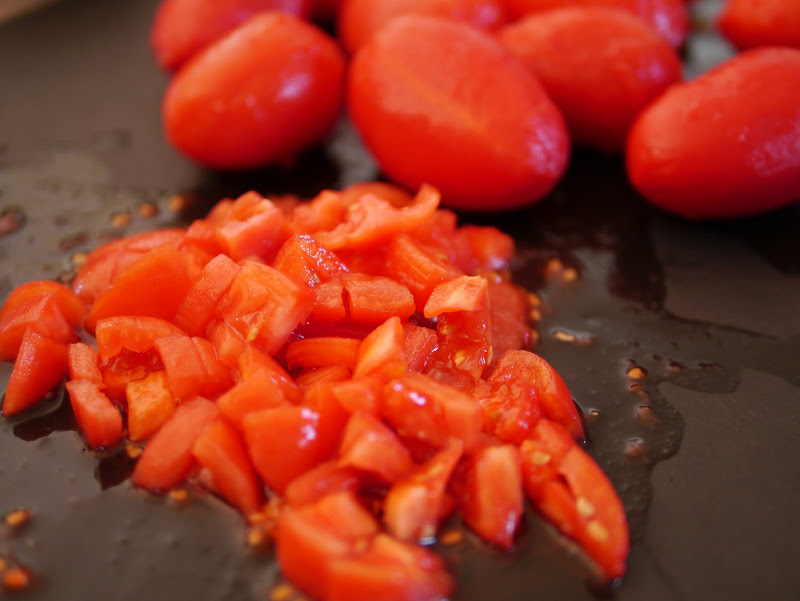 Chop the onions. Same thing here. Do it by hand or with a food processor. 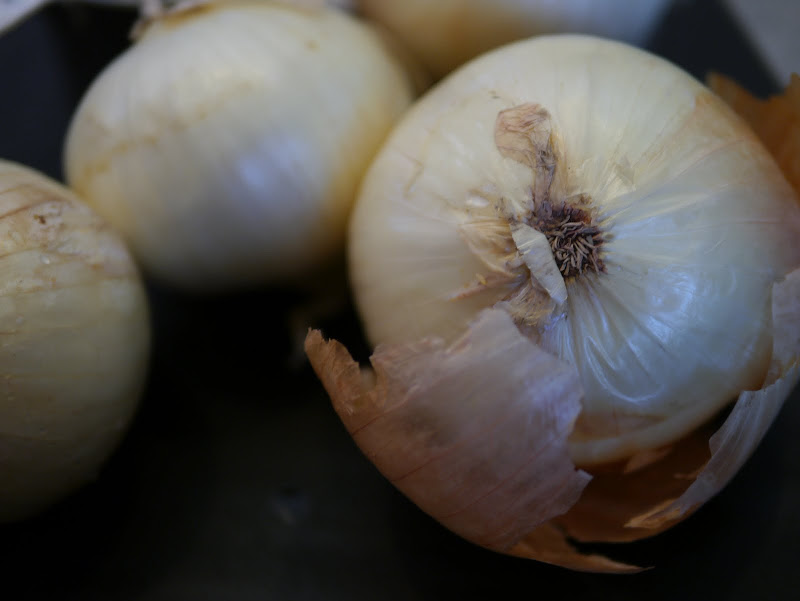 Chop the peppers. Chop the poblano peppers and mince the rest of the hot peppers. Please wear gloves and don’t touch your face. If you do happen to touch your lips don’t attempt to kiss your significant other until the burning sensation goes away… unless you both want “hot lips”. I speak from experience. 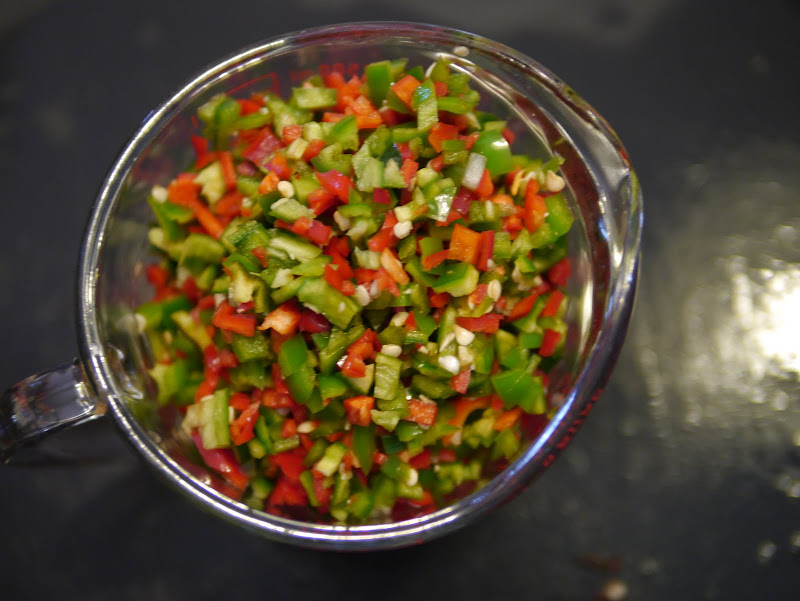 Mince the garlic. A garlic press gets the job done fast. A food processor doesn’t work great for garlic, at least mine doesn’t. 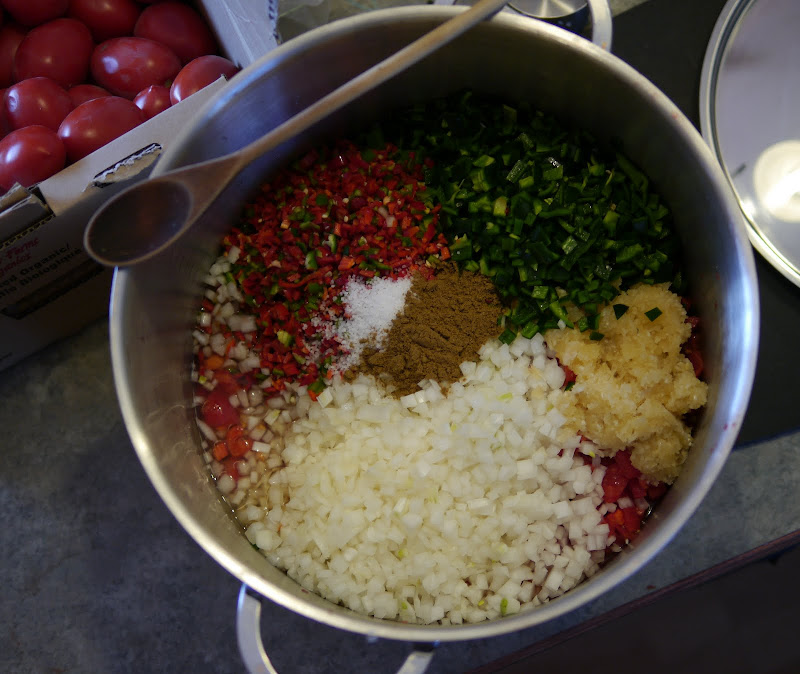 Add all the ingredients (except the cilantro!) into a large stock both. That includes the cider vinegar, lime juice, cumin and salt.

Bring the salsa to a boil and simmer for 10 minutes. At this point you might want to think about preparing the canner, jars and lids, if you haven’t already.

Add the cilantro. You should probably mince it before you do, unless you want cilantro springs floating around. Simmer the salsa for another couple minutes. 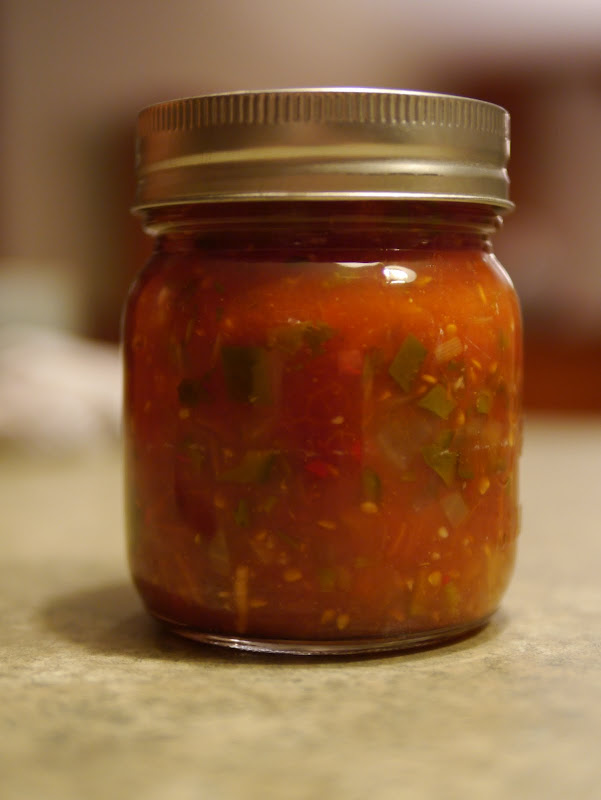 Pour into clean jars, put on lids and place into a waterbath canner.

Once the water canner is at a boil process for 20 minutes (or 15 minutes if you live between 0-1000 feet elevation).

Great photos and what an easy recipe! Thanks for sharing it.

Oh Josee, this recipe looks so yummy!!! Love the pictures too. Looks like you've got a great little helper in the kitchen!

Oh this looks so delish, bookmarking it for next year, thanks!

Josee,
How much cilantro do you use?

I used 2 cups of cilantro, coarsely chopped. I updated the recipe to include the cilantro. Thanks!

How many cups of chopped tomato would you say?

Done! Well, almost…just waiting for it to boil and then I'll add the cilantro and put it away 🙂 It makes a HUGE batch (which I love) and is super yummy! Thanks for the awesome recipe!