What I Learned From Canning Tomatoes – 2012

This year all of our tomatoes came from Covert Farms. They were organic and we paid $0.60/lb if we picked them ourselves. This year we picked 200lbs of field tomatoes and 260lbs of Roma tomatoes. It was hard work and most of it I did on my own with the three little ones. I would strap Teddy to my back in a Beco Carrier and pick tomatoes while the other two would meander around squashing rotten tomatoes or getting lost in the tomato maze. 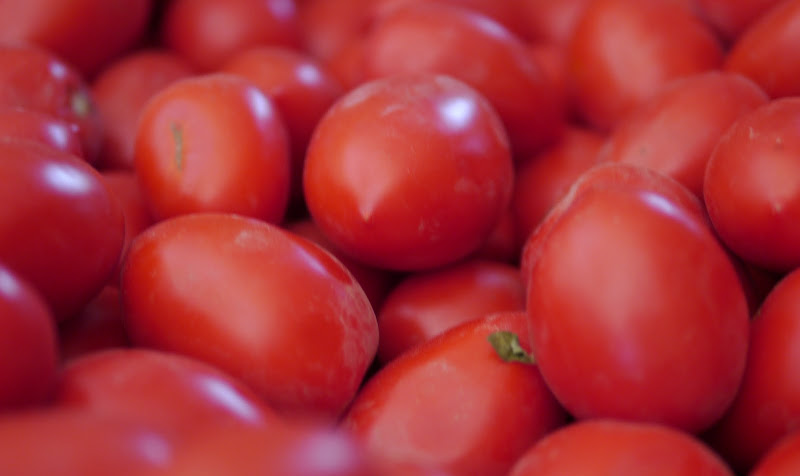 The field tomatoes were canned as stewed tomatoes. I skinned, quartered and packed the tomatoes into quart jars, raw without added liquid. Then I processed them in a water bath canner for 90 minutes. Somewhere along the line I was only adding 1 Tbsp. of lemon juice to each quart jar of tomatoes instead of 2 Tbsp. (see acidification instructions for canning tomatoes). I’m not sure how I forgot that second tablespoon… but they’ll probably be fine (as my husband would say). 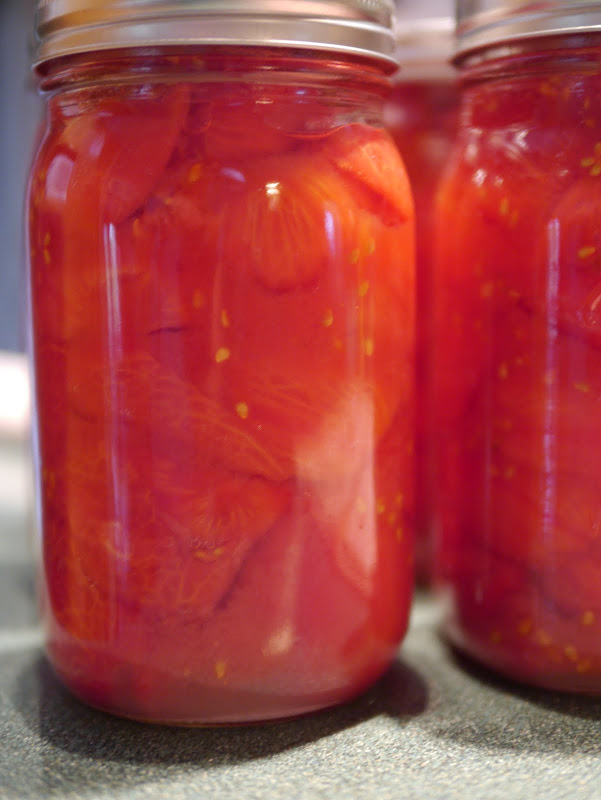 Towards the end of the first week of canning tomatoes I started to notice (37 quarts later!) that water bath canning raw packed tomatoes for 90 minutes took. for. ever! The water would take an hour or more just to get to a boil (on the electric stove) and then I’d have to wait another hour and a half for them to process. One night I was up until midnight waiting for the (stupid) tomatoes. After that night I pulled out my pressure canner. Why didn’t I think of that earlier? I’m not sure. Even with the cool down time pressure canning tomatoes takes: 1) less time 2) less water and 3) less energy. With renewed enthusiasm I continued canning my field tomatoes using these instructions. 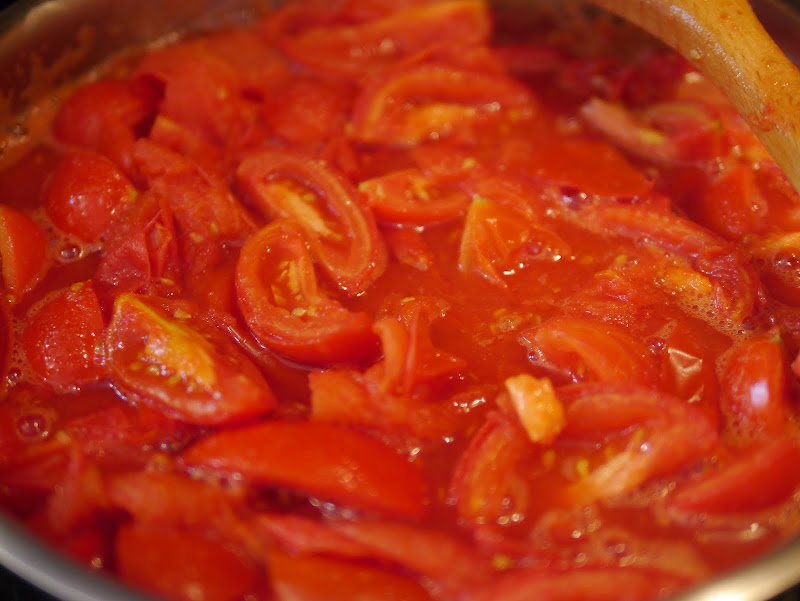 After canning all the field tomatoes I started bringing home cases of Roma tomatoes. Most of the Roma tomatoes were made into tomato sauce. To do this I washed then cut the tomatoes into halves or quarters and placed them into large saucepan. I would simmer the tomatoes until they softened and then pass them through a Kitchenaid vegetable strainer. A food tray attachment would have helped keep the tomatoes from splattering everywhere, maybe I’ll get one next year. Simmering the tomato sauce down to the right consistency took time, pretty much a whole day. Generally I boiled my sauce down by a third of the volume. To process the tomato sauce I used a pressure canner, but once I discovered the amazing outdoor propane burner for my waterbath canner I used that as well. 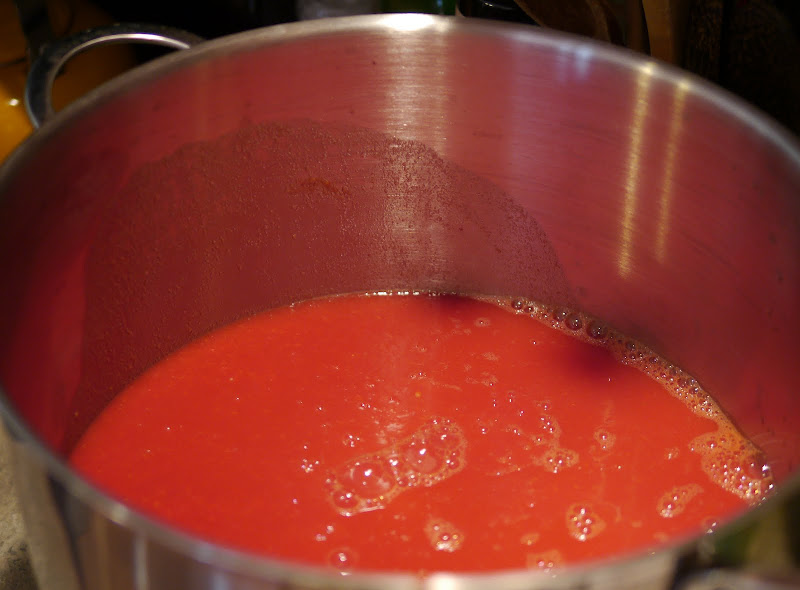 Beyond the basic pantry items of stewed tomatoes and tomato sauce, I also preserved salsa and ketchup. The total tally for this years tomato canning marathon was 72 quarts stewed tomatoes, 44 quarts tomato sauce, 41 pints salsa and 8 pints ketchup. Most people would think I’m crazy for canning all that, and I probably am. However, my goal for 2012 was to preserve enough tomatoes to last us until next summer. The plan is to buy no tomatoes or tomato products from the store. We want to support local organic farmers as much as we “can” [haha! at least I thought it was funny].

I think 72 quarts of stewed tomatoes would last me for 6 years. You obviously use a LOT more tomatoes than us, I can probably count on one hand the number of times I have ever bought tomato sauce!!

p.s. I laughed at the 'probably fine'. Every time I hear that I think of your husband. 😛

Ah yes, everything is "probably just fine" when it comes to my husband 🙂

That is utterly amazing! I tried to grow tomatoes this year and with 45 plants only had a handful of actual edible tomatoes… My hopes of canning were squashed with the incessant cold weather.
Amazing, just amazing!