On the eve of All Hallows we wandered the streets of our neighbourhood gathering treats. There are no street lights so it’s very dark at night. At one point we walked along a path. We couldn’t see much and I kept on tripping on rocks. On closer inspection I discovered that they were actually walnuts. 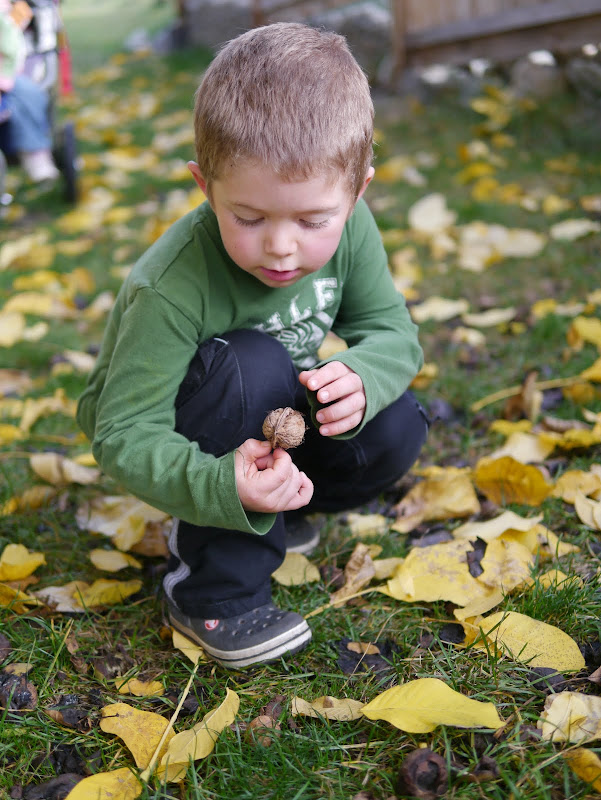 I was pretty thrilled to discover local walnuts and planned to return in the daytime to forage. We did eventually go back and gather some fallen walnuts, but the fruit had turn black and was beginning to rot. I’ve read that walnuts aren’t very tasty at this point because the rotting fruit affects the nut’s flavour. 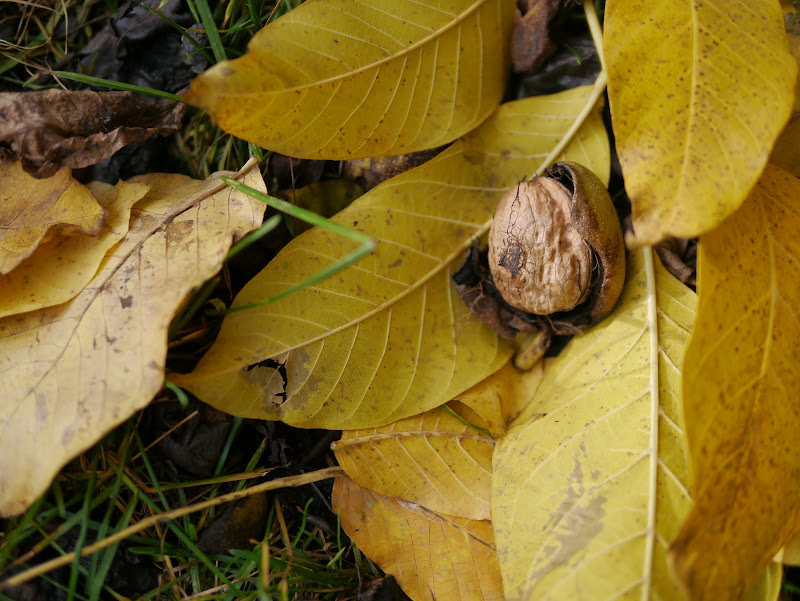 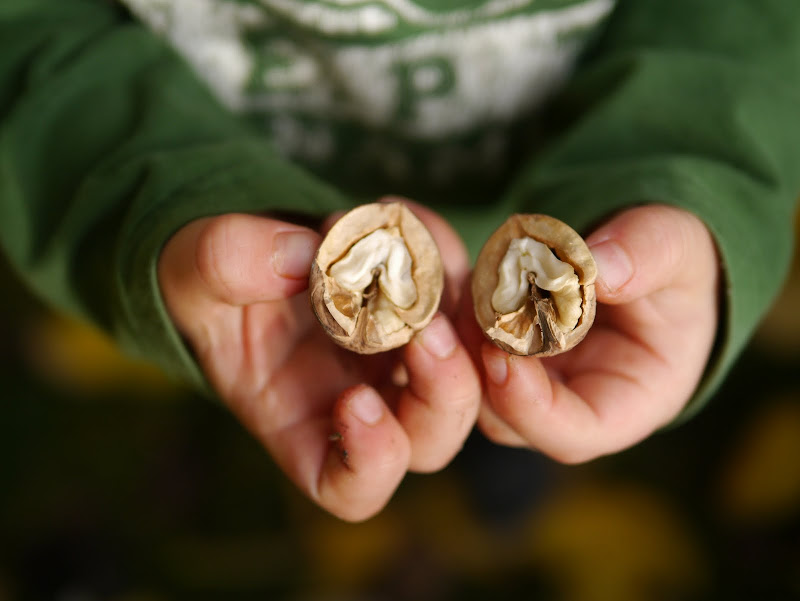 We brought our gathered nuts home and cleaned them. Monkey discovered how to open them and we emptied the shells. I discarded the nuts, which was a little sad, but many were beginning to rot. Next year I’ll go foraging earlier. 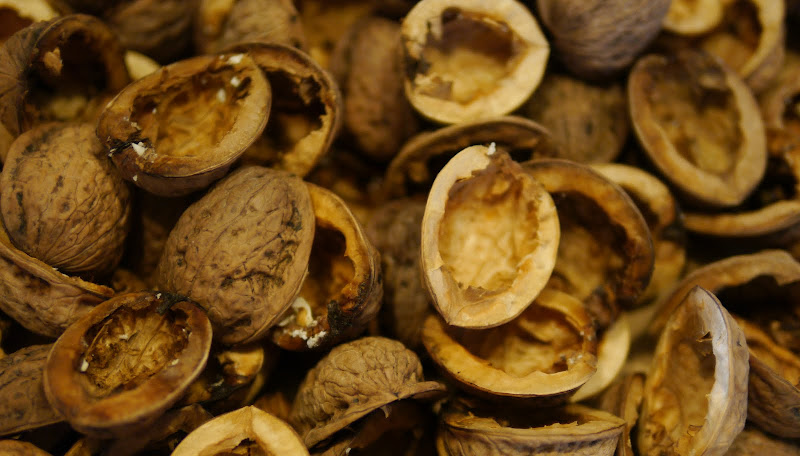 Now we have a box of walnut shells. I have a few Christmas craft ideas for using up the shells and Monkey seem pretty keen in trying them out.

Yarn Along: Knitting and Reading

A Decade in Review and a New...

Too bad about the nuts, but hey those shells are awesome!! Can't wait to see what you do with them.

We should get a walnut tree!

Fresh walnuts are so good. We used to stick a bit of clay inside them and make a tiny sailboat with a toothpick and paper.