Cross Country Skiing as a Family

There might not be much snow around our home, a few inches at best, but drive 5000 feet up into the mountains and it’s like being in the North. Today we made the trek up the snowy mountain to go cross country skiing at the Nickle Plate Nordic Centre. Getting up the hill was epic. The roads were icy and snowy, nothing we haven’t seen before, but the switchbacks were steep and I was concerned that we might get stuck on our way up. 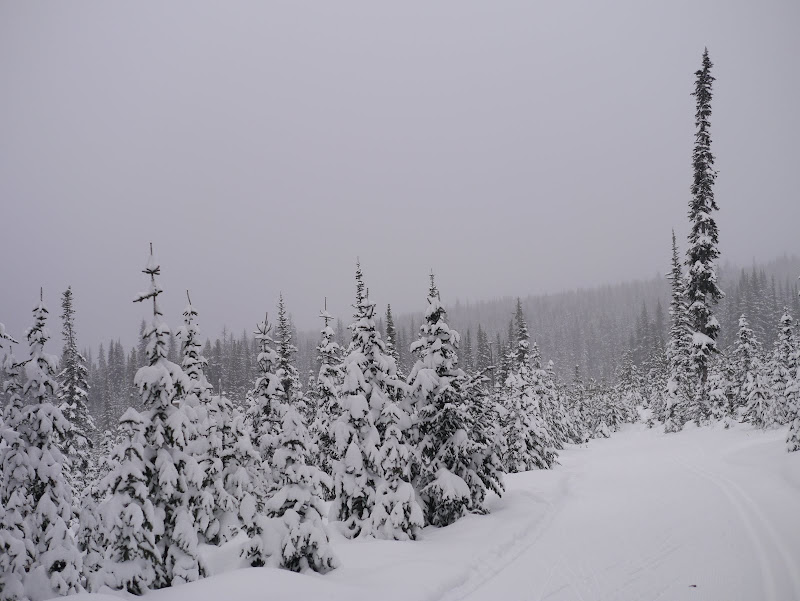 As we drove up the mountain the trees were bearing more snow and the snow banks were getting taller. It was exciting to see all the snow whirling around. When we reached the centre I could hardly believe how beautiful is was outside. There was a least three feet of snow covering the ground and fresh snow falling. 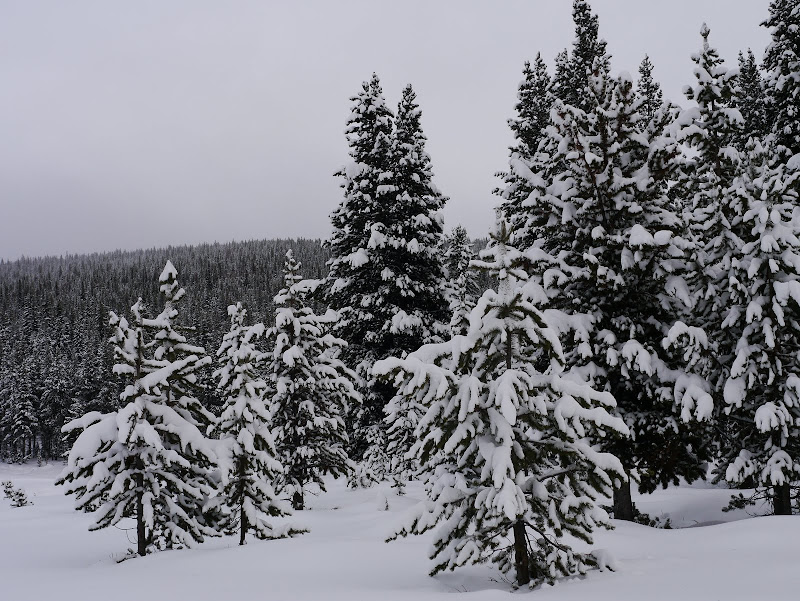 We geared up and went on our first ski. My husband pulled the two little ones (9 months and 2.5 years) in a Chariot stroller fitted with the cross-country ski kit and our eldest (almost 5) went on his own set of skis. It was about -10C (14F) outside with a bit of a wind. Apparently, today was considered to be a cold day. The children were bundled up in their MEC snow clothing and tolerated the cold well. 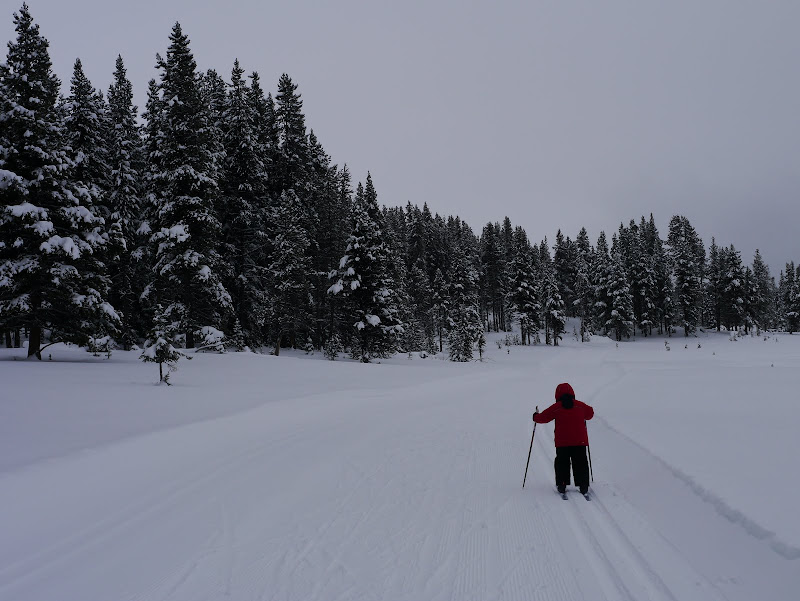 Cross country skiing with children means you must be patient and flexible. After our initial run with the children, which was short, it was time to return to the lodge for lunch. My son was getting tired and the little ones were hungry. 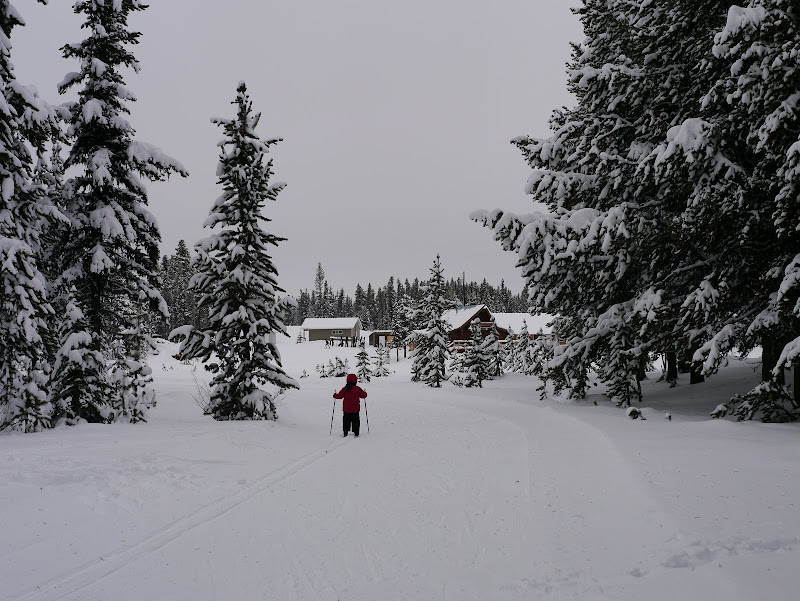 The lodge at the centre is large. It has a microwave and even a little nook for the children to explore. There is also a little hill nearby that the children can sled on so I think we’ll be bringing our sled the next time out. The children were content being inside so I left them inside with my husband and took a turn skiing with a friend. 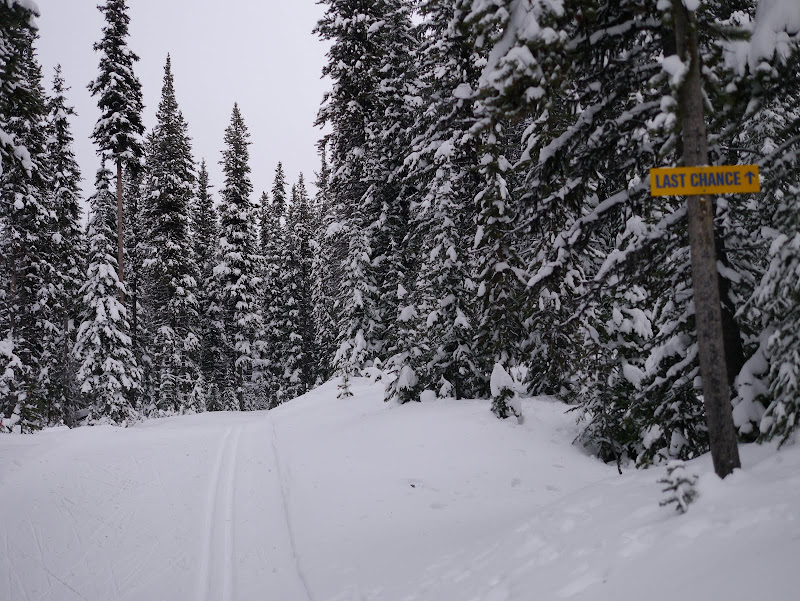 I haven’t gone for a good ski in a couple years. Last winter I was pregnant with Teddy so skiing was a bit of a challenge; it was more like walking with skis on. It was such a pleasure being on skis and breathing in the cool winter air while seeing the snow covered landscape. I could have skied for a hours but it was time to go home. 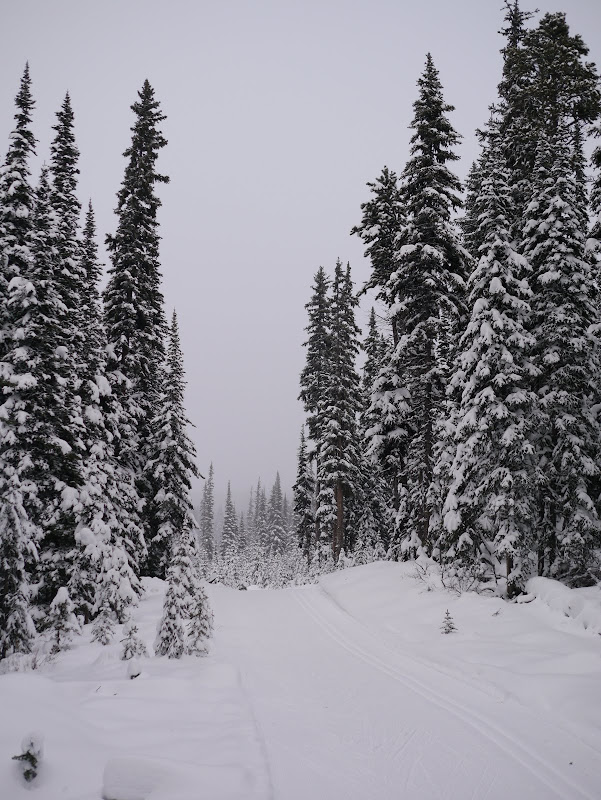 The Nickel Plate Nordic ski centre is a wonderful place to ski. It’s a bit of a trek to get there but worth every nail-biting moment.
Cross-Country SkiingNickle PlateSkiingsnowWinter
3 comments
0
FacebookTwitterPinterestEmail
previous post

Wow….loooove the photos. Thanks for sharing. They are so beautiful. I miss snow-covered pines.