My Top Five Board Games for Young Children

I have many memories of playing board games as a child. There is a healthy competitive streak that runs in my family. Inevitably our games would end with someone in tears, usually the loser, that is if we finished the game at all. You see, the loser would often quit midway through the game if she or he saw no hope of redemption. As a child I played a handful of games with my family: Monopoly, Life, Uno, Jenga, Checkers, Playing cards and very occasionally Risk.

When my husband and I started dating, there were games involved, mostly board games but there were mind games too. We were in high school and had yet to learn the fine art of good communication. Back to board games, my husband is very smart when it comes to numbers and his affinity for chess left me scratching my head… literally. After discovering that I could never win a game of chess against my husband I resorted to banning the game. I haven’t played a game of chess with him since.

Before labelling me a poor loser (which I am) know that we’ve discovered a world of board games that have led us to have countless hours of entertainment. We have a shelf dedicated to boardgames and we try to coerce our guests into playing boardgames with us, but most will play willingly. Now that our eldest is five we have been playing boardgames him too. It’s great fun and a good learning opportunity for children.

I want to share five boardgames that would not typically be considered for young children. These games (except the last) are targeted for older children and adults but they are great for young children. While a five year old might not understand all the strategies of the games below you can start by using simpler rules at first. 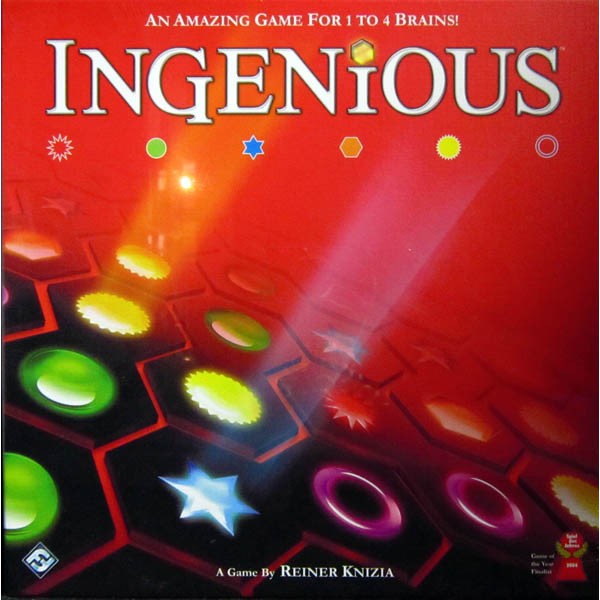 Pros: Can be played from 2-4 players. Fun for Adults!
Cons: Simple theme.

For young children: Begin by grouping the tiles by coloured symbols. You can discuss colours and shapes and trying to make big groups of colours. Count how many coloured symbols pieces are in each group. As the child begins to understand the basics of grouping the colours you begin keeping score. This is great for practising easy additions. 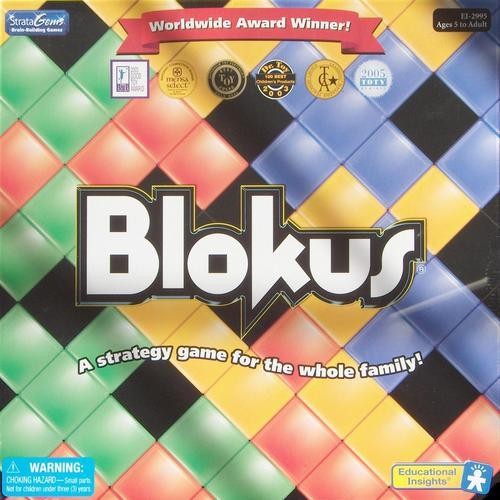 Blokus has some similarities to Tetris. You begin with a large grid board and each player has a pile of shapes that are a combination of small squares. The goal of the game is to place all your pieces following the rule that only the corners of your own pieces can touch. Pieces of different players can touch sides. This can lead to interesting strategies.

For young children: This game says it can be played from ages five and up. The rules are simple so you can start with the official rules as early as four depending on the child. It may take a while to understand strategies for winning the game. 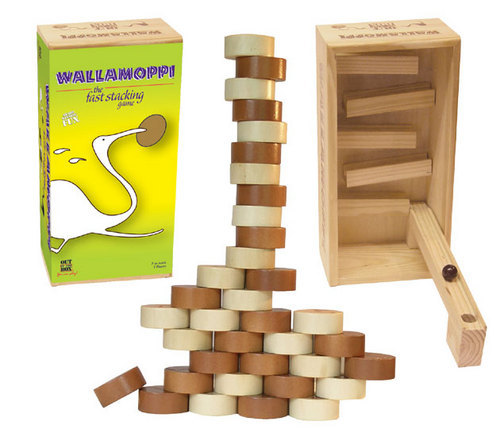 Wallamoppi is a two player game that has some similarities to Jenga. A tower of tokens is built and then players take turns taking a token out of the tower without collapsing the tower. This task must be completed before the marble goes through the marble maze and falls to the floor.

For young children: Start by exploring the various aspects of the game. Stack the blocks, try taking the tokens off without tipping the tower and play with the marble maze tower. As the child gains confidence with the different aspects start putting them together. 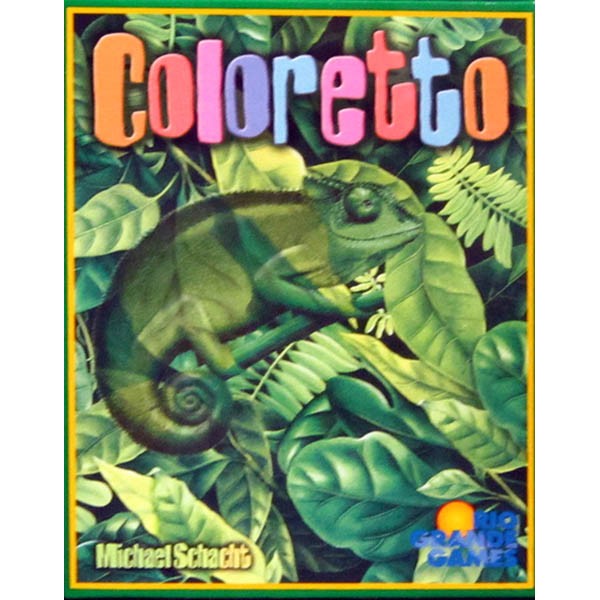 Coloretto is a card game. The theme of the game is art and colours. The goal of the game is to get as many of the same coloured cards which results in you getting more points to win the game.

For young children: Even though this game says for age 8 and up it can be played with children as young as three. Because of it’s simplicity children quickly understand the goal of the game and while it might take some time to understand the strategy they can still win.

The Kids of Carcassonne 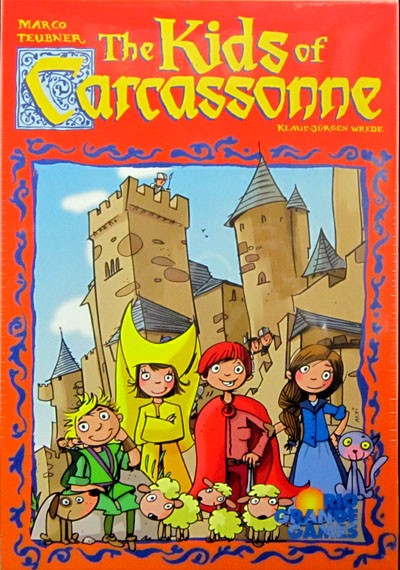 The Kids of Carcassonne is a tile placing game inspired by the game Carcassonne. The play involves drawing tiles which are placed together to form a pretty country side with winding roads, bridges and villages. The players get points by completing roads and placing meeples (a player’s coloured tokens) on the roads. This is my eldest’s (5) favourite game.

Pros: Pretty theme. Anyone can win because of the element of luck.
Cons: Less interesting for adults than previous games mentioned. For adults try Carcassonne.

For young children: Just play by the rules.

Back to (Home) School

A Little Bit of Winter with Selah Outdoor...

Valentine’s Day with our French Co-op

Our little man is just getting into games and we are having a blast with it. Thanks for the recommendations.

I've never tried or seen the Blokus Junior but regular Blokus is not all that difficult. I'm sure your eldest would be able to play but it might be a bit challenging for your second. If you want something simpler maybe consider Blokus Duo which is a 2 players Blokus game similar to Blokus Junior.