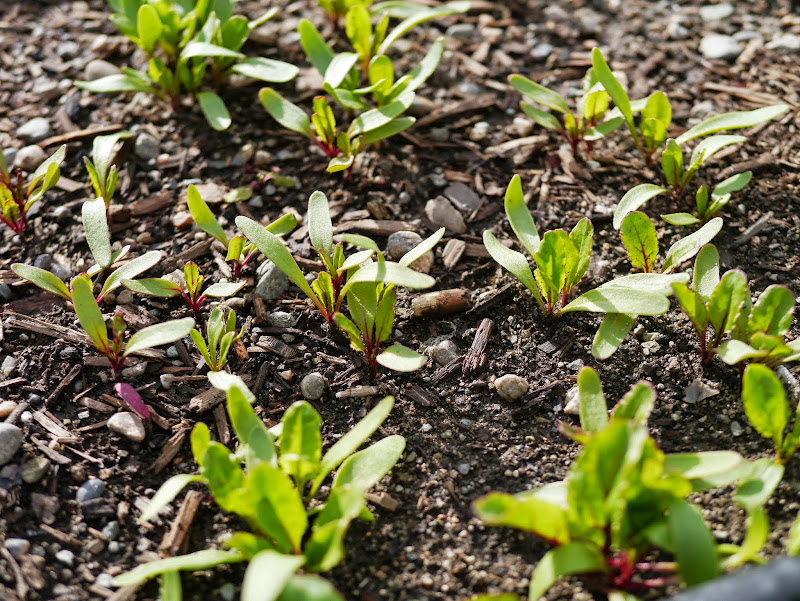 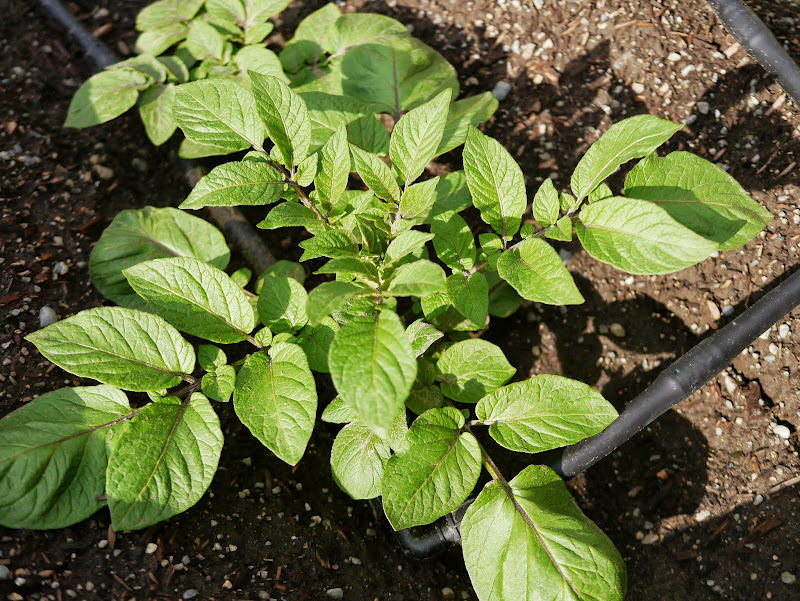 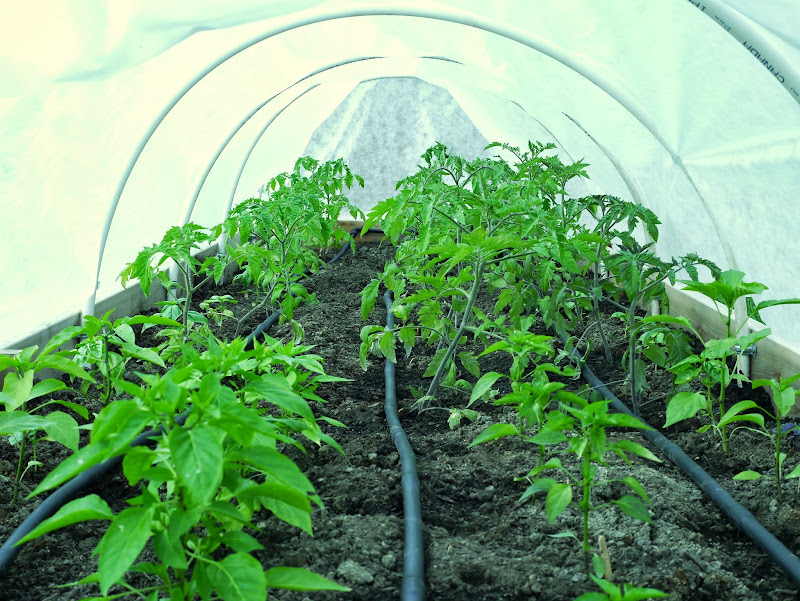 In the last few weeks I’ve learned about the importance of water when growing plants. I know that seeds and plants need water to thrive but I didn’t realize how much. Before planting the tomatoes and peppers I pre-soaked the raised garden bed. This was such a good idea, and I’m grateful to the friend that recommended it. I should have done the same to the other raised beds before planting my seeds. The soil was too dry, despite my wimpy watering attempts, which resulted in a slow start to my seeds. Some seeds barely sprouted, like the peas and beans. Now we have drip irrigation installed. I hope that it will result in easier and more thorough watering.

The zucchini plants didn’t transplant well so I’ll have to remember to start them from seed outdoors next year. I did throw a few zucchini seeds into the garden hoping that they’ll sprout. Everything else seems to be growing well: swiss chard, kale, spinach, radishes, potatoes, carrots, parsnips and lettuce. I have the tomatoes and peppers covered since it’s been a little chilly the last couple weeks. I also planted some mint and rhubarb and I have hopes of making one more small garden bed this weekend.

Oh! Where did you get your parsnips seeds? My potatoes are growing faster then I can keep up with. I'm using a growing bag instead of in ground and they are thriving very well, I can't wait to harvest.

Could you post a tutorial on how you created this green-house? We've been wanting to create something similar this year over our raised beds.

Sure. I'll try to post something over the weekend.

I got my parsnip seeds from here: http://www.westcoastseeds.com/product/Vegetable-Seeds/Parsnips/

I've seen growing bags before. I think it's a great idea and I might have to try it if the potatoes are too unruly in the raised bed.