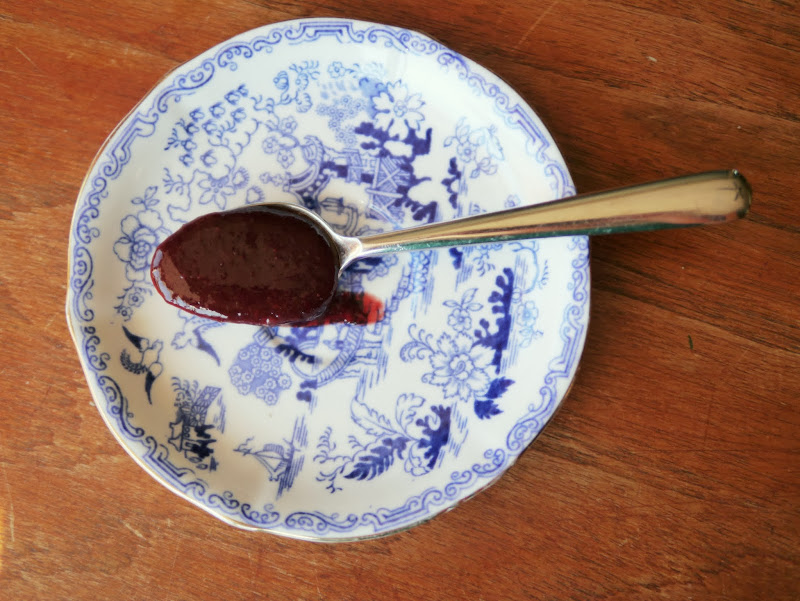 Last year’s plum sauce was good, but this year’s plum sauce is better. The recipe is similar to last year’s but I added a Thai chilli pepper and made some alteration with the ingredients and cooking. The result is a sauce that is thicker and slightly spicy. The ume plum vinegar is salty and sour and makes a difference in the overall flavour so it’s worth the effort to find it. I bought mine at Whole Foods last year. I imagine a similar type of store would carry it.

Place all ingredients, except the ume plum vinegar, in a heavy bottomed pot and bring to a boil over medium-high heat. Turn the stove to medium-low and simmer the sauce until thick and syrupy, stirring occasionally to prevent scorching the bottom. It will take about 45 minutes to an hour of simmering to reach the right consistency. 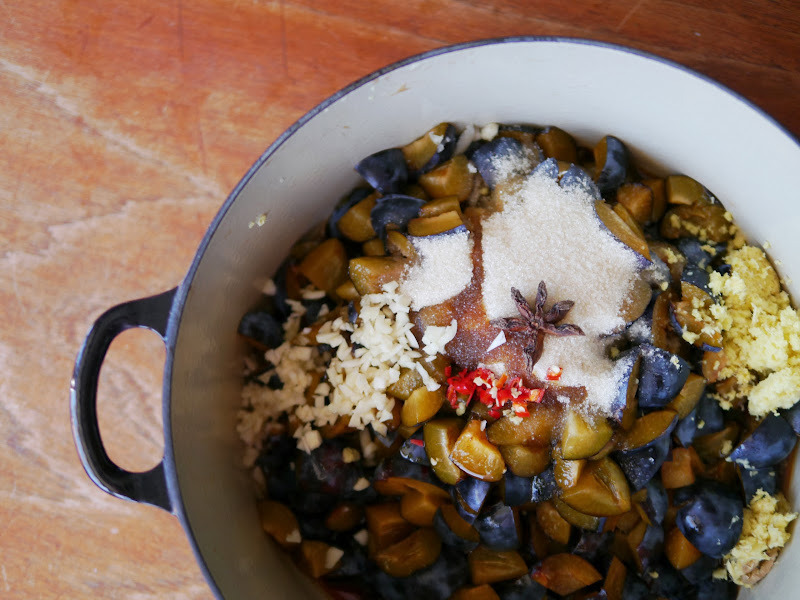 When the sauce has become syrupy remove the star anise. Blend the sauce using an immersion blender or a stand blender working in batches. 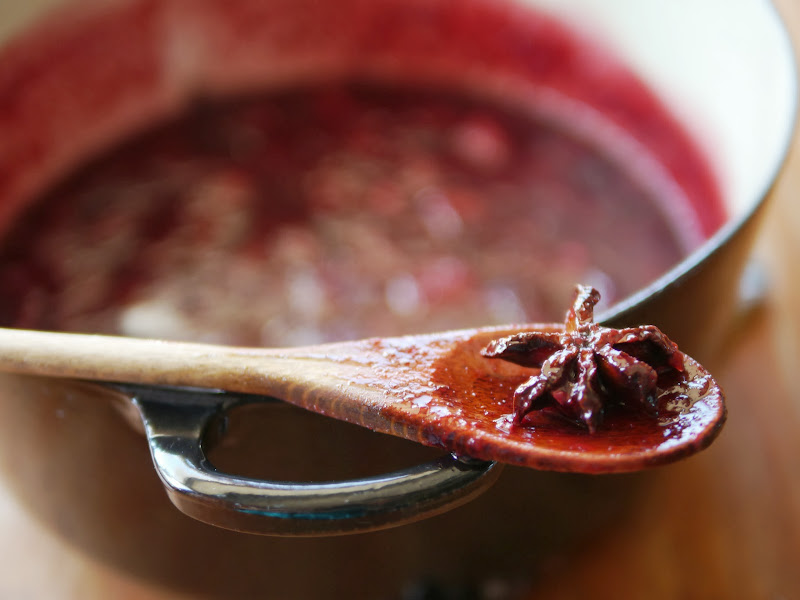 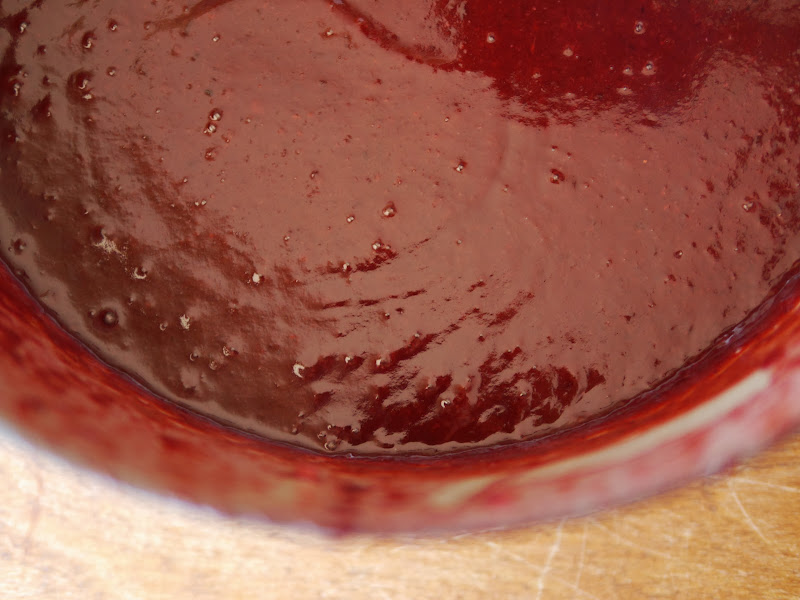 Take the pot off the stove and add the ume plum vinegar stirring to combine. 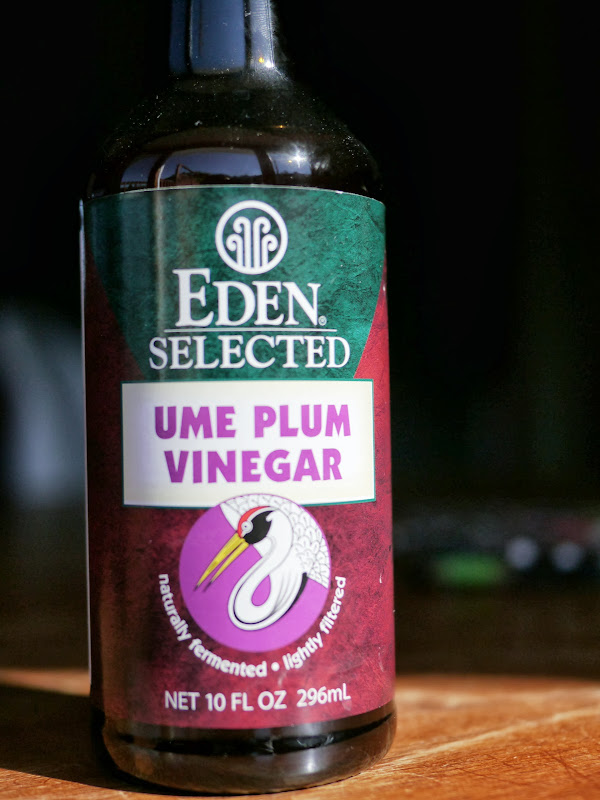 Ladle the hot plum sauce into half-pint jars leaving 1/2 inch headspace. Wipe the rims of the jars and place the lids and rings on the jars. Tighten the rigs to fingertip tight. Place the jars into a water bath canner. Bring the water to a rolling boil and process for 20 minutes (or 25 minutes if you live over 1000 feet in elevation). Turn off the heat and let the jars sit in the water bath canner for five minute before removing them. This will help prevent siphoning of the sauce from the jar. Remove jars and let cool on counter top. Refrigerate any jars that do not seal.

Sharing this recipe over at Barn Hop.

The Last Week of Summer

That looks delicious! Your photos are all so beautiful. What do you use the sauce on?