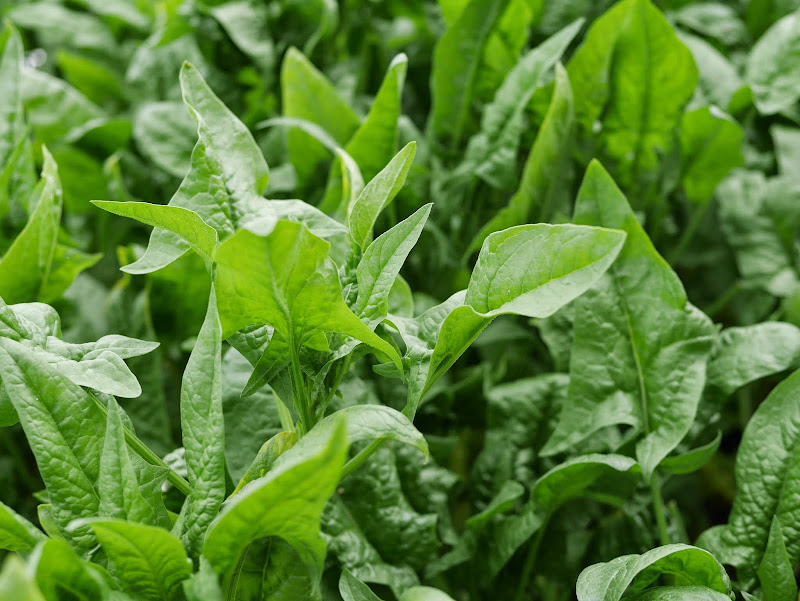 Today I preserved spinach from my garden. Last fall I planted Tyee spinach and it survived the winter. It was such a successful experiment that I plan on doing it again this fall. Not only have we’ve been eating spinach almost every day since April, but planting in the fall seemed to have helped prevent leafminer damage. Now that temperatures are getting higher during the day the spinach is thinking of bolting so I harvested the remaining leaves for freezing.

If at any point you are in possession of an abundance of spinach don’t let it go to waste! Preserving a batch of spinach for later use will only take about ten minutes of your time and it’s definitely worth it. Start by taking our a large pot and fill it halfway with water. Set it on the stove, on high heat, and bring the water to a boil.

Meanwhile wash the spinach in cold water and remove any pieces that are damaged. 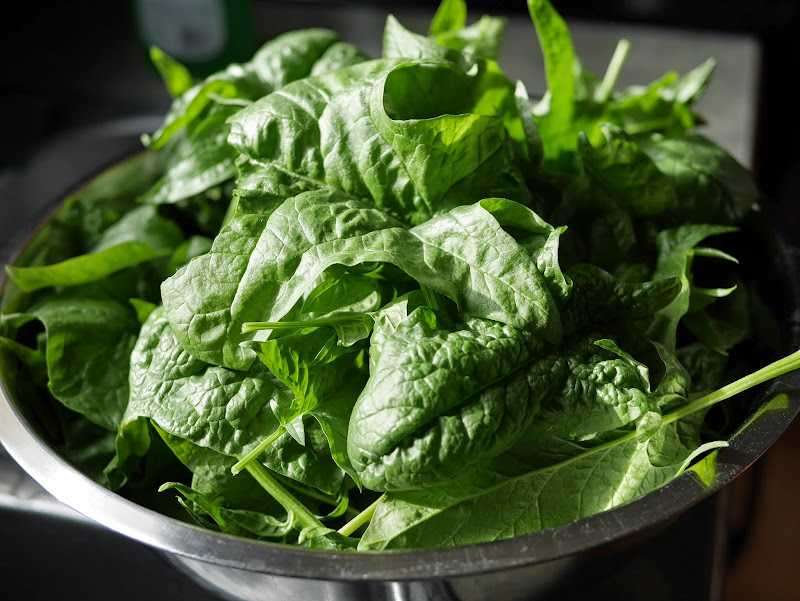 Once the pot of water is boiling toss in the spinach and press it down into the water using a large wooden spoon or something similar. Start the timer for 2 minutes. Give the spinach a stir while it’s boiling. This process of boiling the spinach briefly is called blanching.

When 2 minutes is over, scoop out the spinach into a strainer. If you are only blanching one batch of spinach, pour the water and spinach through the strainer, otherwise you can save the water for the next batch of spinach. 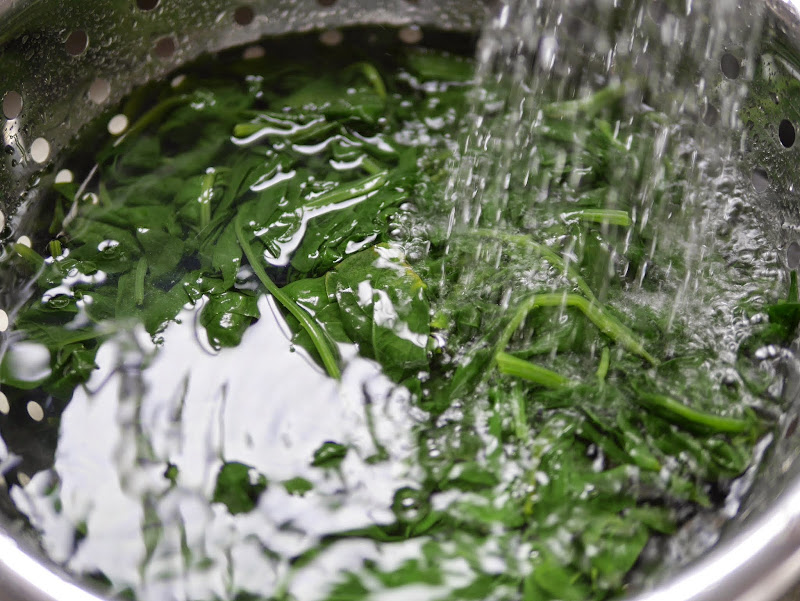 Rinse the spinach under cold water while moving it around so that the whole batch cools off completely, through and through. Some people fill up a large bowl with cold water and ice cubes for this purpose. I don’t have ice cubes and if I did I would’t be using them to cool spinach… I’d be making myself a drink.

After you cooled the spinach gently press the water out of the spinach with your hands. Now it doesn’t have to be wrung dry, you just don’t want it soaking wet. 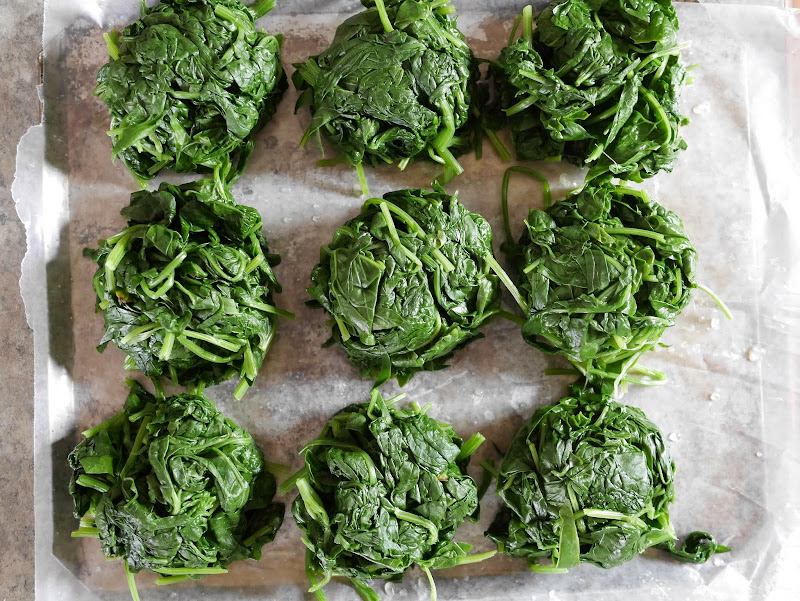 Now pack the blanched spinach into a 1 cup measuring cup and invert onto a parchment lined baking sheet (wax paper will stick to frozen spinach… trust me on this one). Repeat until you’ve filled up the sheet with 1 cup piles of spinach. Put the cookie sheet in the freezer. After the piles have frozen place them into a large resealable plastic bag or container of some sort. Freezing spinach in this way allows you to take out 1 cup portions when needed and it uses less plastic then using smaller resealable bag. 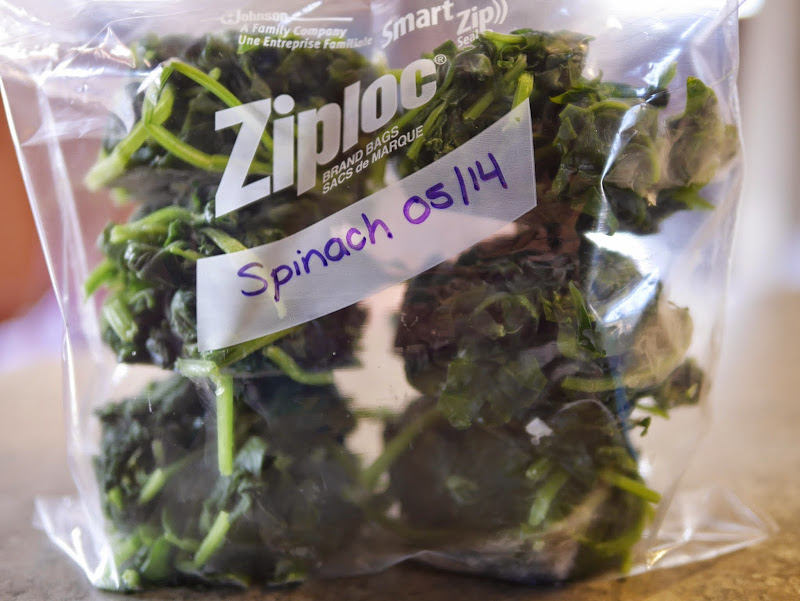 Rock Climbing at the Bluffs

How to Preserve Zucchini

How to Render Lard