Rock Climbing at the Bluffs 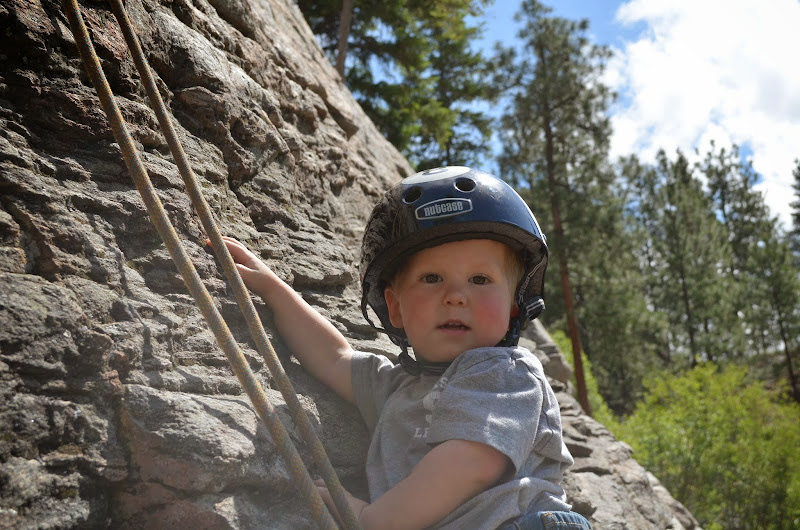 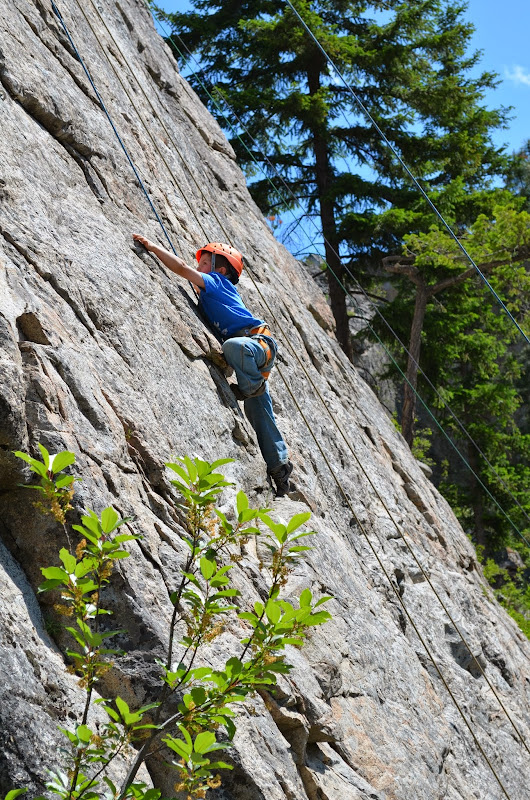 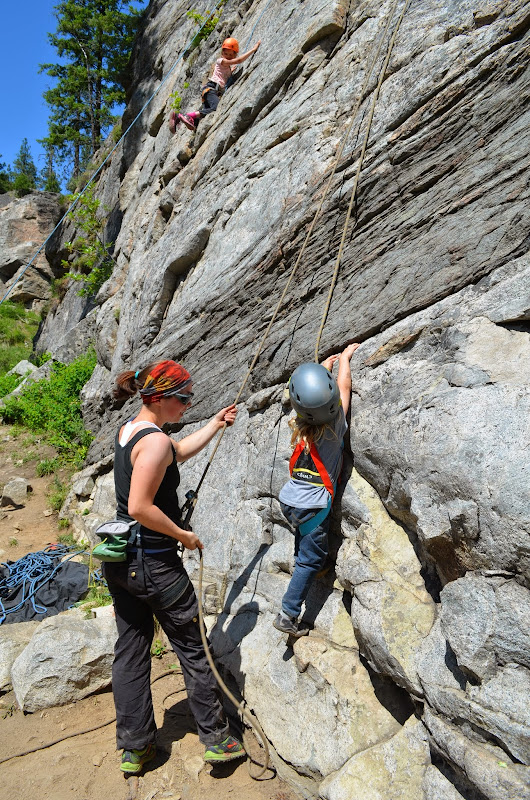 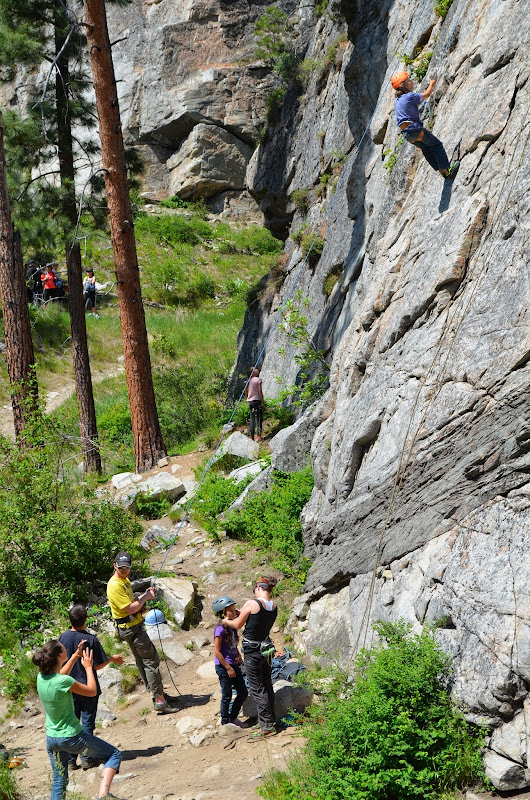 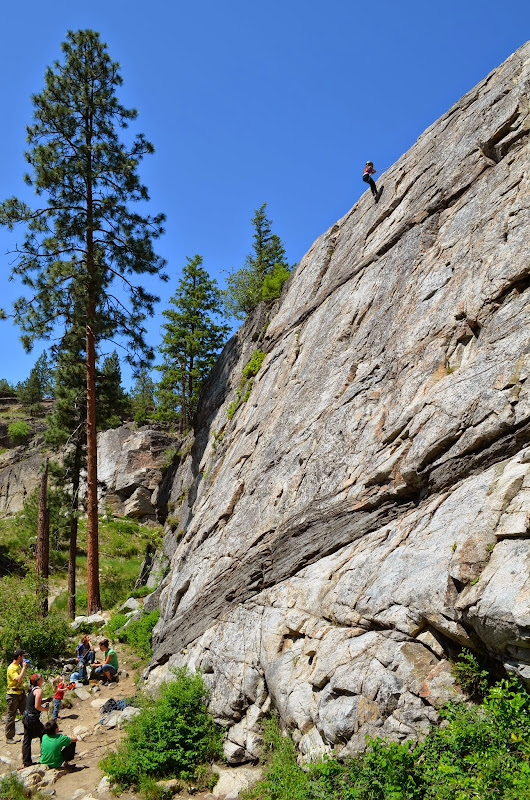 My husband and I took the Learning Circle rock climbing at Skaha Bluffs earlier this week. Initially my husband was hesitant about bringing such a large group to try a sport that can be difficult and dangerous but with a little reassurance from my friend we convinced him it would be alright. And it was more than just alright, I got the sense from the children and the parents that everyone had a really good time. Even my husband and I enjoyed being “belay slaves” (as the term goes) or rock climbing mentors (a much better title) for four hours.

My husband and I set up two climbing routes, one beside the other. Groups of four to five children were brought to the rock face to learn to climb. The rest of the group stayed far from the rock face and played a variety of activities while they waited their turn. This set up worked very well and made the whole experience safe and fun for everyone.

A handful of children managed to climb to the top of the 20 metre rock face, which surprised me as I didn’t expect any of them to make it to the top. But getting to the top isn’t the only way to measure success. I was impressed with every child, no matter how high they climbed, because they all stepped out of their comfort zone and tried something completely new and challenging. It was really special to be part of that experience with them. And to make the whole experience even more special we were blessed to have friends of ours visiting us at that time, and not only did they come, with their six children, to rock climb but they watched my little ones and took pictures of the whole event. I am so grateful to them for their help and I’m happy that I can share with you their pictures of our rock climbing adventure.

“He who would climb to a lofty height must go by steps, not leaps.”
– Pope Gregory the Great
Rock Climbing at the Bluffs was last modified: August 11th, 2017 by Josée
British ColumbiaFamily Rock ClimbinghikeKids Rock ClimbingRock ClimbingSkaha Bluffs
0 comment
0
Facebook Twitter Google + Pinterest

A National Park Reserve in the South...

A Lesson in Cross-Country Skiing

Hiking to Crawford/Canyon Falls in the Winter