Biking on the KVR 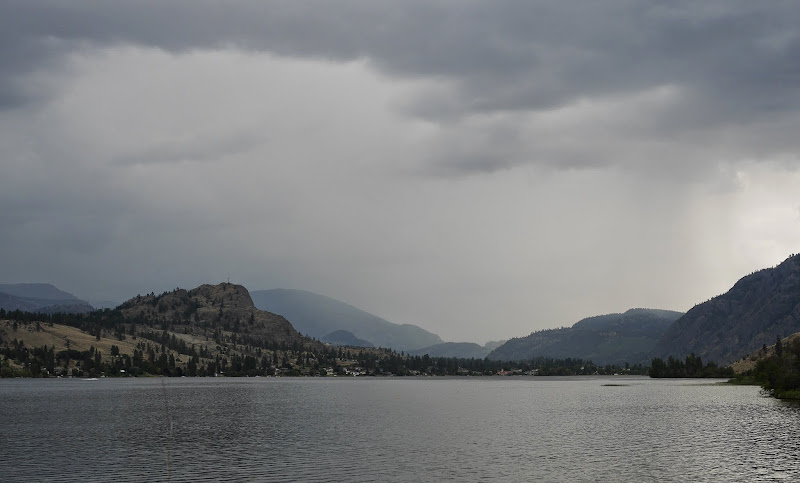 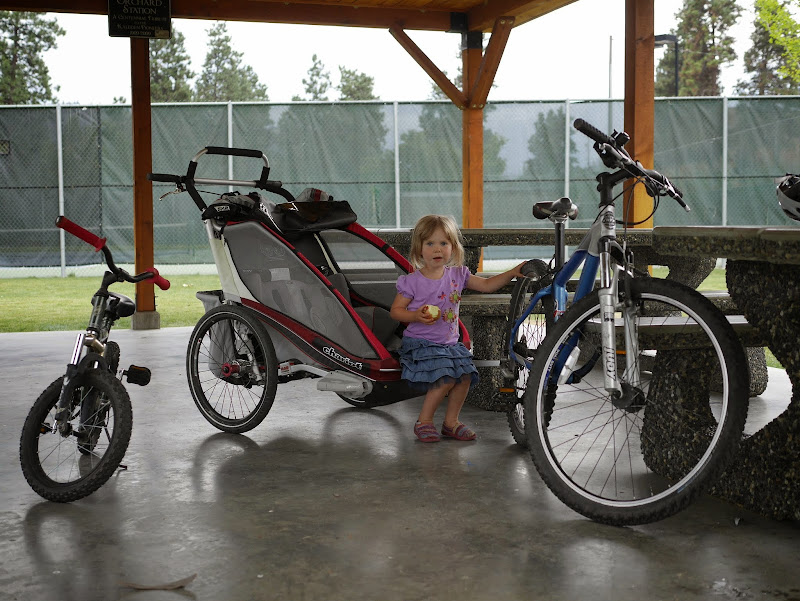 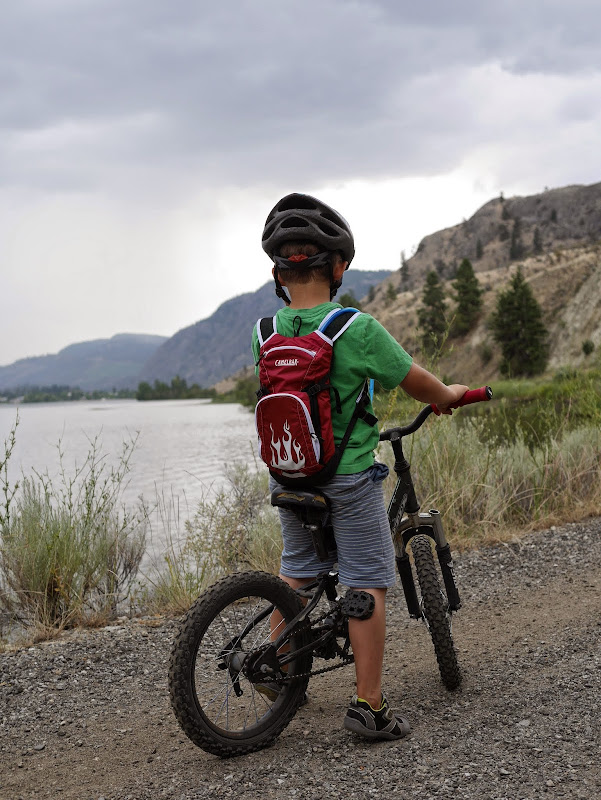 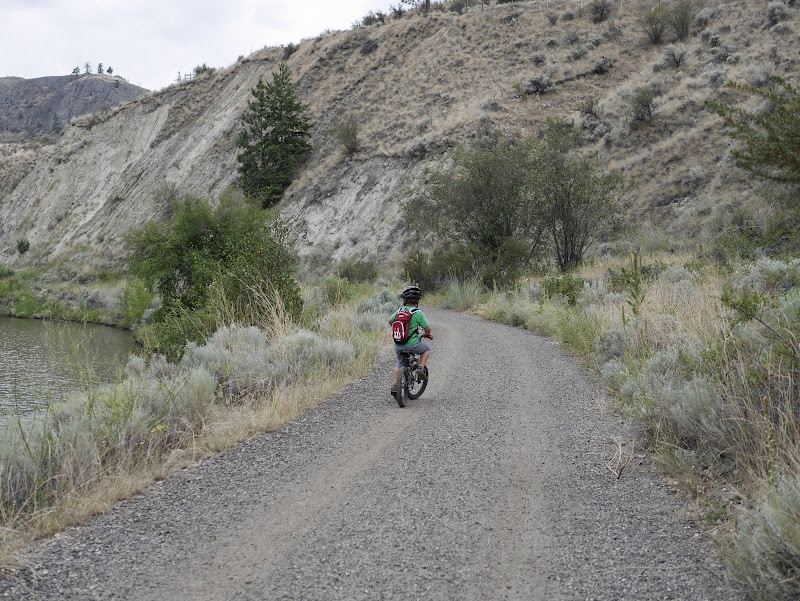 My eldest recently decided that he didn’t need his training wheels anymore. The defining moment occurred when he crashed his bike into the lake and had to ride home with only one training wheel. I think he might have learned how to ride without training wheel sooner if our street was more conducive to beginner bikers, but our street is quite hilly. Now that he’s happily graduated to a two wheeler we’ve been exploring the Kettle Valley Rail Trail a couple times a week.

My son was inspired to ride on the KVR after a family of touring cyclist stayed with us for a night earlier last week. The family, with two young boys, had been biking the KVR and they were such an inspiration to us. After they left my son begged me to go biking and wouldn’t stop until I got organized enough to go. Our first adventure out happened to be the day that our area received a rainfall warming. We thought that we might avoid the torrential rainfall but we didn’t. The rain came down hard and fast. Felix thought is was the best bike ride ever! I have to admit that it was a lot fun. We biked about 8 km on our first ride, and there were many water breaks along the way but everyone really enjoyed the ride.
The second time we rode the KVR we went with our friends who are very familiar with the portion of the trail we were riding. They shared with us all their special spots along the way. The rogue apricot trees, the waterfall, the dock, the red rock and the cave. I hadn’t even noticed these places on my first ride through. We enjoyed exploring all these new places and then had a final dip in the lake before returning home.
BikingBritish ColumbiaFamily BikingKettle Valley Railway TrailKVR
0 comment
0
FacebookTwitterPinterestEmail
previous post