A Reflection on Teddy’s Accident 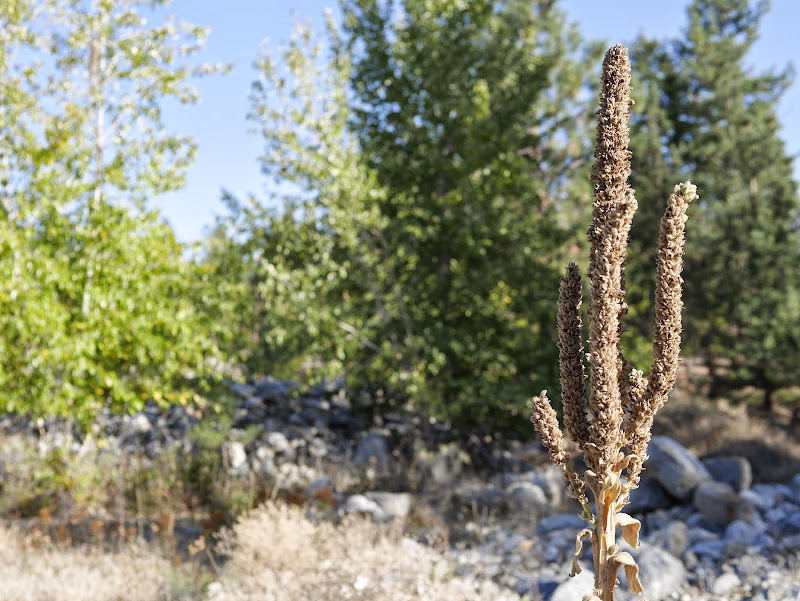 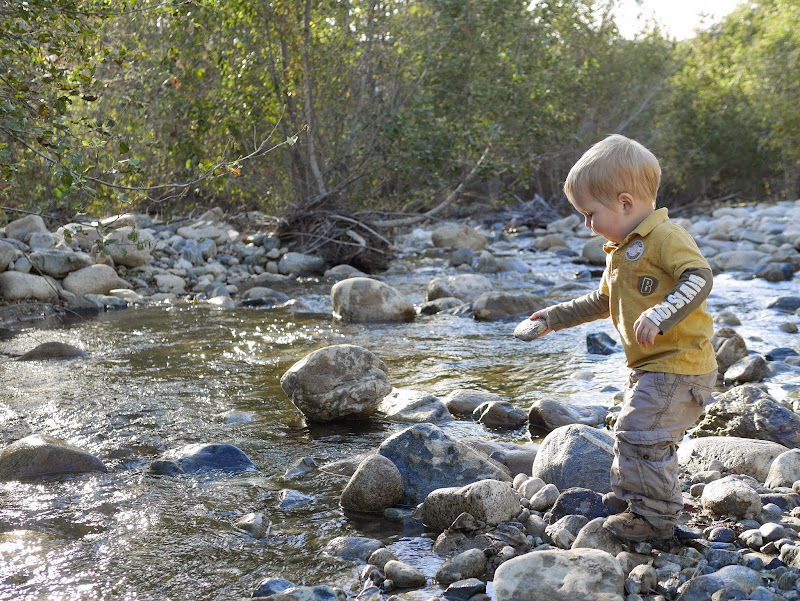 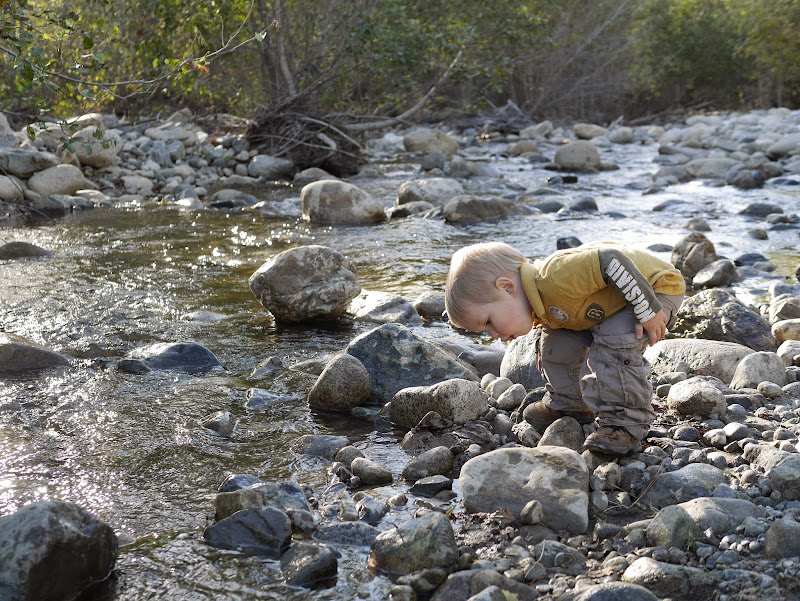 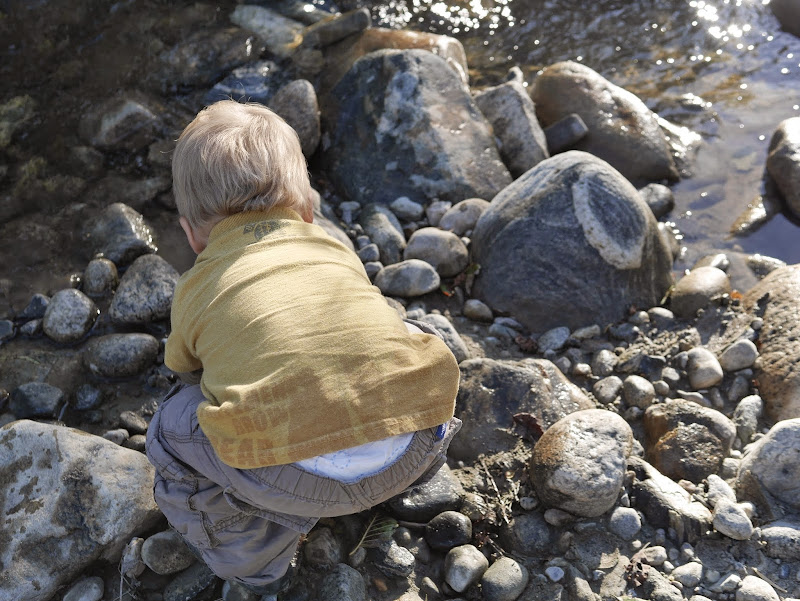 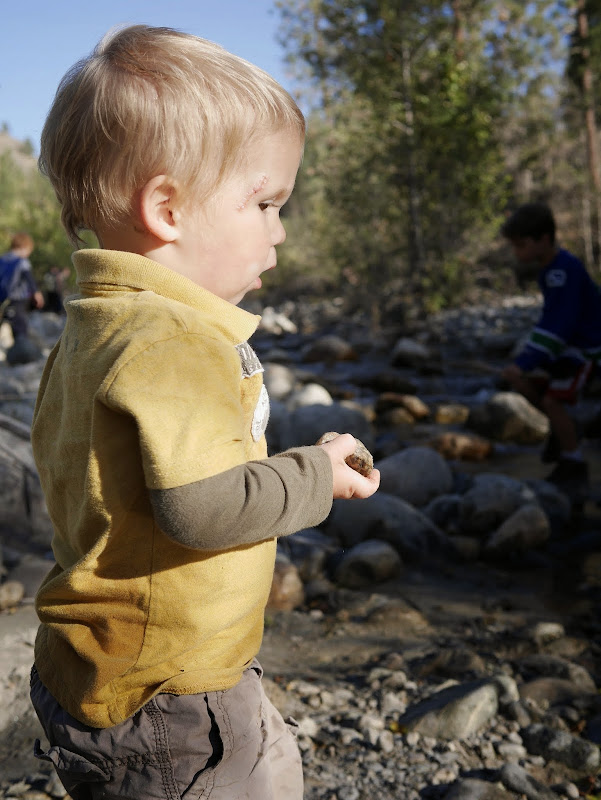 A couple weeks ago Teddy had an accident. Over the last couple weeks I have retold the story of his accident many times but as time has passed my retelling of the story has become simpler, more distilled. Now, when asked about the cut on the side of his face I might simply say “he fell on broken glass” which is true. I wrote about Teddy’s accident in great detail the day after it happened but I wasn’t sure if I would share it our not. I know that there are far worse injuries and suffering that young children and their parents experience and I count myself to be very blessed that the injury was limited. I suppose I am sharing this story to remember the grace that came my way on a rather challenging Friday afternoon.

I was in the kitchen blanching swiss chard. Teddy was sitting on a stool behind the kitchen island. He has been climbing up onto the kitchen stool on his own for some time now and has never fallen off. While my back was turned something happened. Teddy lost his balance and he fell. Was he reaching for the glass? I don’t know. In the process of falling he knocked a glass that was on the edge of the island. In an instant they both fell, the glass shattering on the floor and my sweet child falling face first onto the shattered based of the glass.

The scream of pain was instant and as I turned around I knew that his injury was serious. It’s strange what your brain does in these kind of situations. The first thing that came to my mind was PRESSURE. I moved towards him quickly, picked him up off the floor and covered my hand on the deep gaping wound that was gushing a great deal of blood. Somehow, I don’t remember how, I got a rag which was quickly getting soaked. My husband wasn’t home, blood was everywhere and I needed help fast. For a brief moment I wavered not sure what to do next. I knew I needed help but for some reason I felt strange calling the emergency line. Teddy was still bleeding a lot and I wasn’t sure what the future held so I picked up the phone and called 911. I could barely hear the phone attendant while holding a howling slippery bloody toddler in my arms but the man on the other line was very helpful. Firm, direct and to the point. I felt like things were on the right track and it was nice having a life line. A blessing.

My two older children were strangely calm. I asked my son for more towels and he was a little confused that anything would do at this point. He got towels, found my cell phone, and turned off the stove without much fuss. He put on ear muffs to block out Teddy’s screams and then went outside with his sister to wait for help. They didn’t cry; they didn’t hover. I think they were in shock. Either way their staying calm was another blessing.

My husband arrived home, eager to begin “beer-o’clock” but as he entered the house he was bombarded with what he called “a meat shop”. The first responders from the volunteer fire hall were hot on his heals. I was so very happy to have them crowd into my kitchen. My father-in-law volunteers for the fire hall up north and it was as if he stepped into my house when they did. Still running on adrenaline I started to feel more calm in their presence. For a moment Teddy seemed to be fading and wanting to sleep. One of the first responders brought him a teddy bear which Teddy found very insulting but it worked to keep him awake. The bleeding finally started to slow down and he was stable. That is when we got a call from the ambulance saying they were overloaded. There had been an car accident at the very same time. Since the bleeding had finally slowed and Teddy was stable we drove him to the hospital. During the drive he sat on my lap and I pulled out my cell phone to distract him and keep him still. What would we have done without the sedating effects of a cell phone?!?

At this point I felt surrounded by grace, the injury, while deep and large, was limited to the right side of his face. His eyes were spared and he sustained no cuts on the rest of his body. I knew that he was going to be alright. My children were being watched by our lovely neighbours, and then later our good friends. So many blessings…

The hospital was busy but we were ushered to the first aid room right away. No one likes to have a bloody screaming toddler and his mother (also covered in blood) in the busy waiting area. We waited a while, the cell phone died and I distracted him with a small ball that happened to be in my purse – another blessing.

When the physician came in we quickly decided Teddy would need to be sedated to get fixed up. Everyone was impressed by Teddy’s gash which isn’t normally a good sign in the emergency room. We got whisked over to a critical care bed where we met the anesthesiologist and respiratory therapist. After the ketamine was given to him he went down hard and fast and was stitched up quickly (ten stitches). It was difficult for me to watch him in his sedated stated. My sweet boy was drooling, grunting and breathing strangely, all of which was normal but not fun to watch. I stayed close by and rubbed his feet. Everyone was supportive and kind and explained that everything was normal. I couldn’t help constantly checking his monitor (worried mama-nurse = a bad combo). The doctor told me that I didn’t have to watch, that he can’t usually watch if it’s his own kids and I thought this was kind of cute. I did watch though. Teddy’s breathing regulated as the ketamine wore off but it took an hour and a half for him to wake up. When he finally did wake up he promptly returned to sleep. It was almost ten at night and we were finally able to go home.

Through the whole experience, as scary and unpleasant as it was, I felt God’s grace and love close at hand. I think it will take some time for Teddy’s wound to heal and for my heart to heal from the trauma of what happened but I am grateful for all the love and support that came our way on that Friday evening.

So sad that you went through this with Teddy..it tears a mama's heart to be helpless to fix it and have to rely on others to care for our babies in times like this. I'm glad you did what you needed in watching:)
…glad you can look back and see the blessings throughout the experience… and that Teddy is healing well.

Thank you Tanya. Seeing your own child suffer is such a painful experience. In some ways I think Teddy recovered more quickly than I did… My heart hurt so much after seeing him get hurt like that.

The battle scars of life… thought the story would be something about a black widow instead of glass. So lucky that missed his eye! Happy to hear that all are doing well.

What an ordeal Josee. I would have panicked.Being a nurse you were quick in really doing first things first. Thank God that Teddy eyes were not injured.