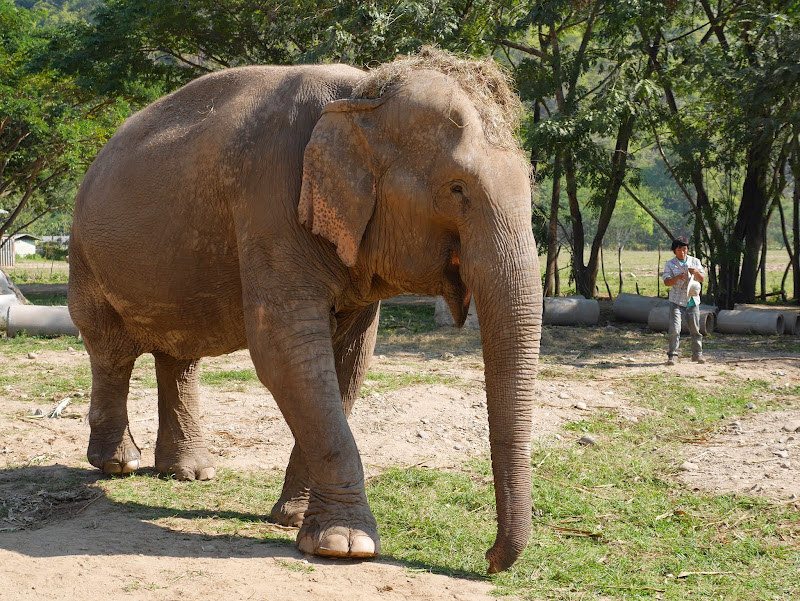 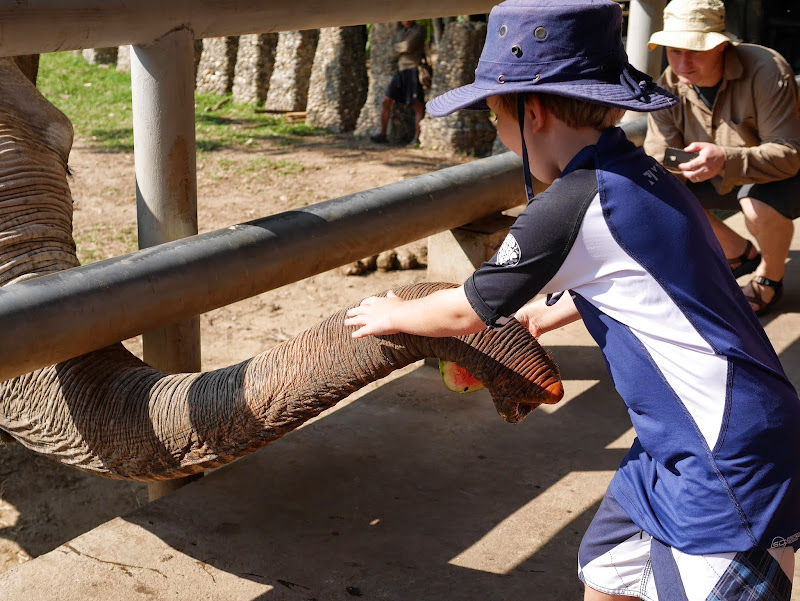 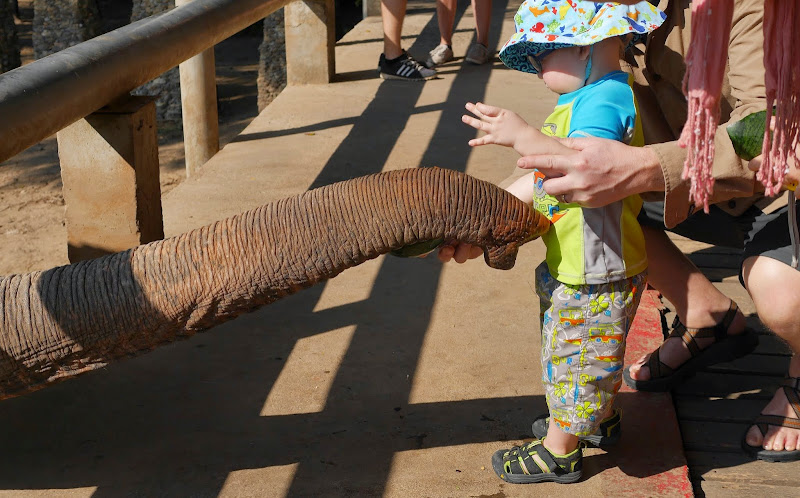 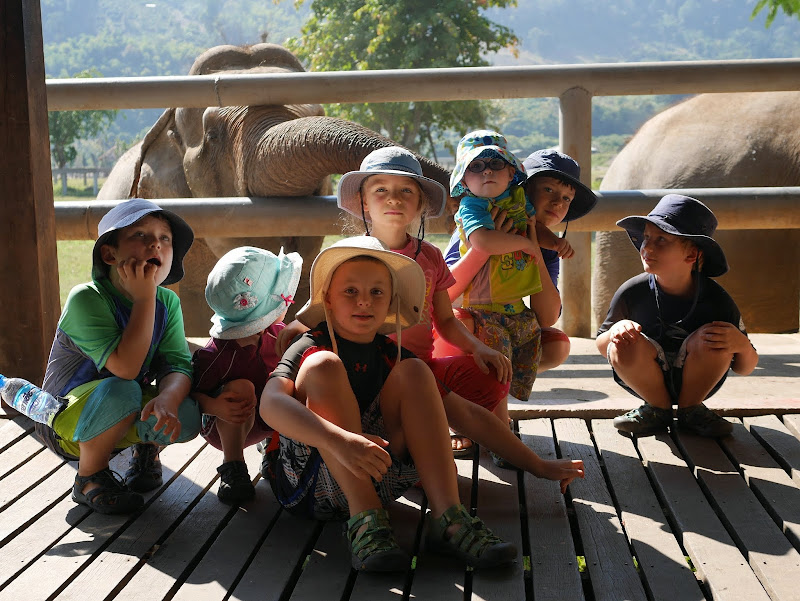 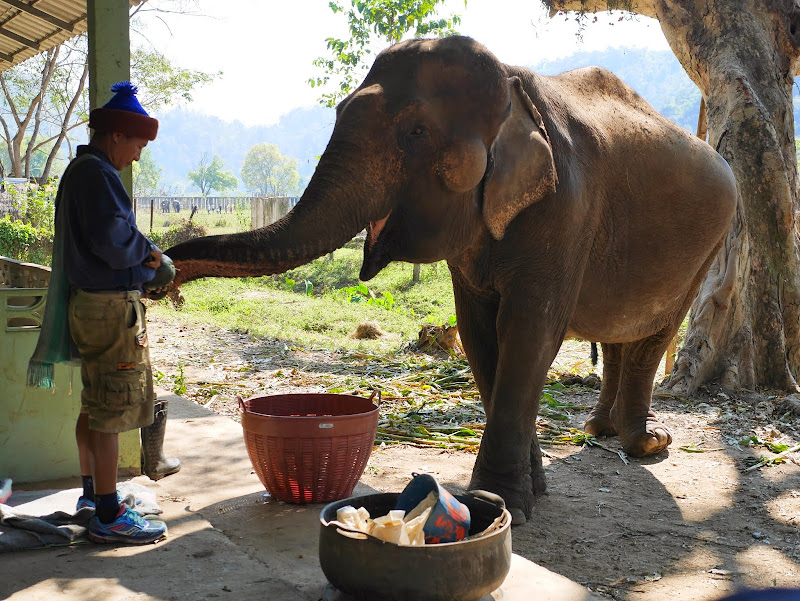 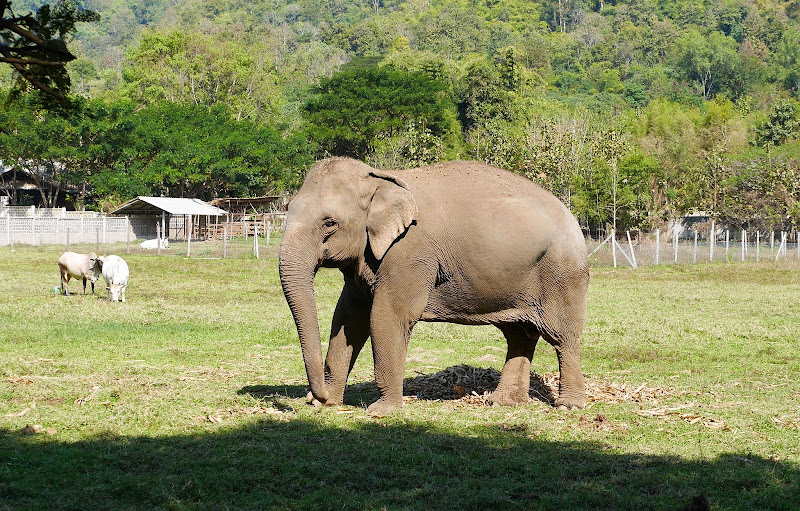 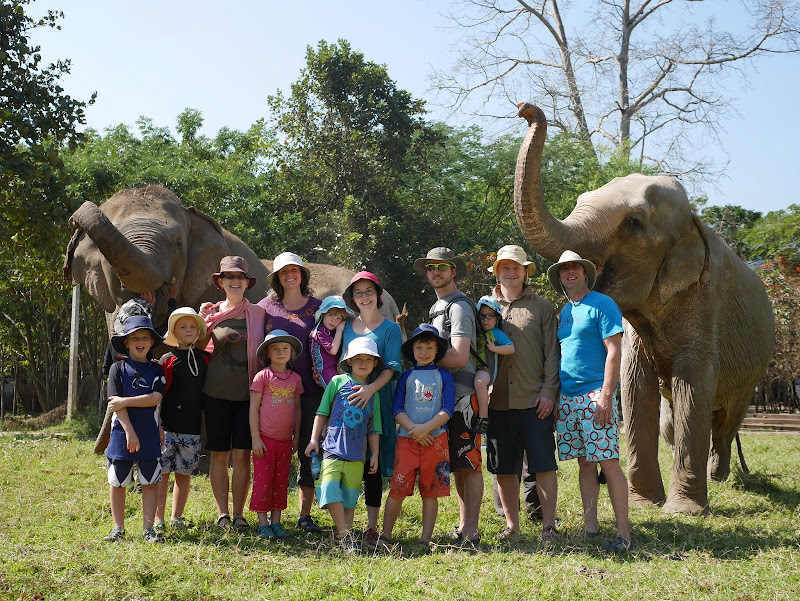 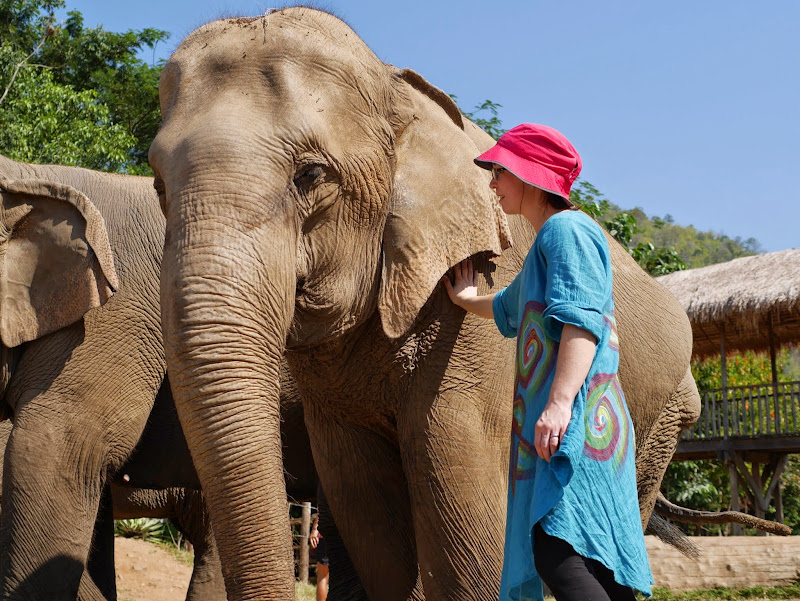 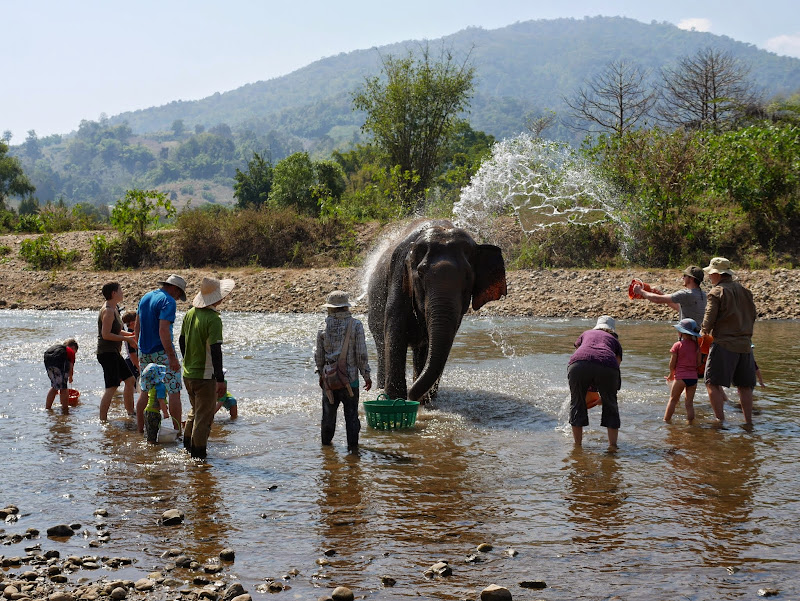 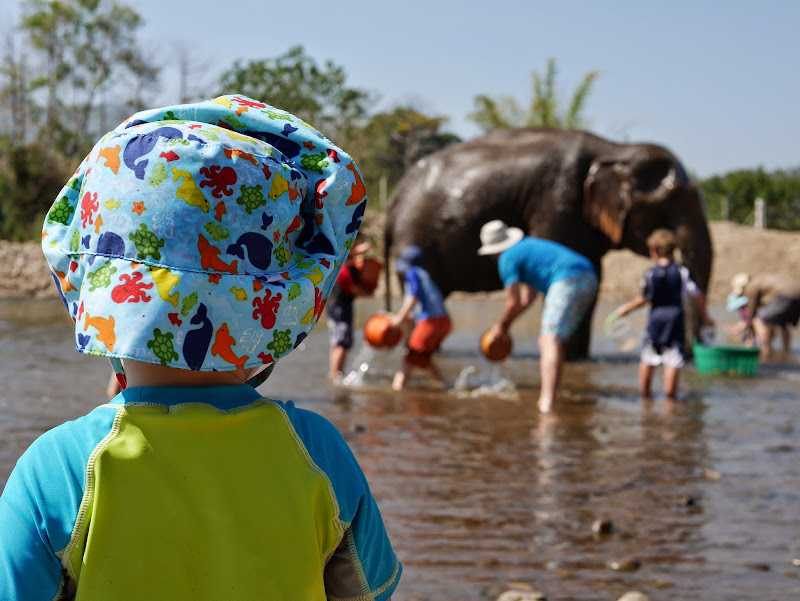 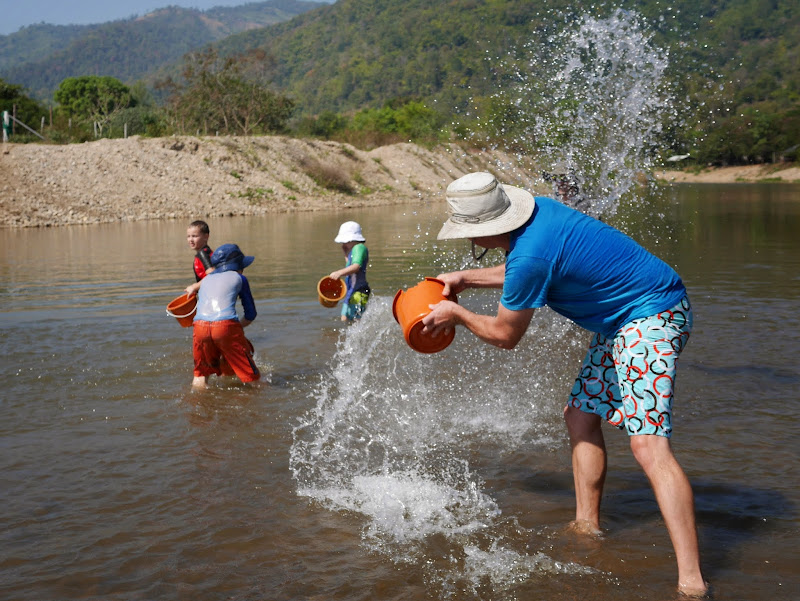 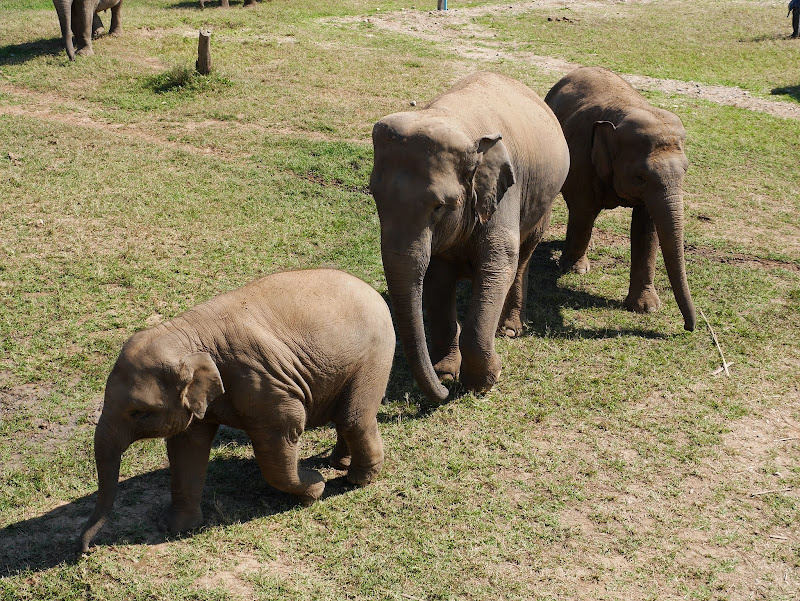 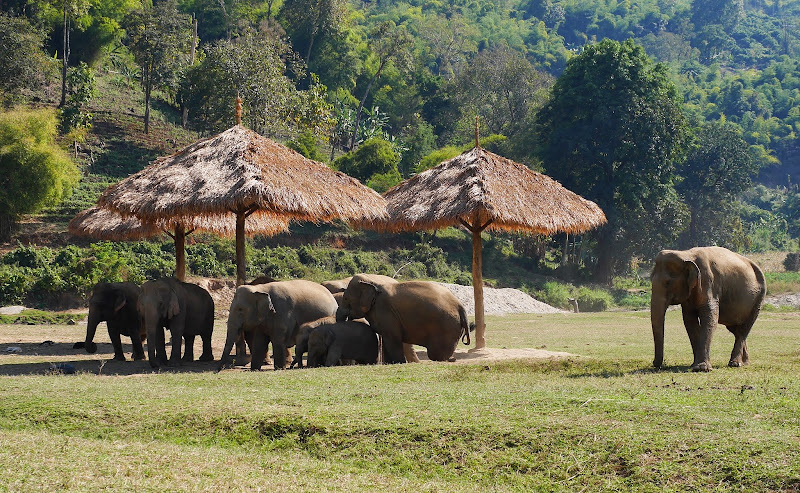 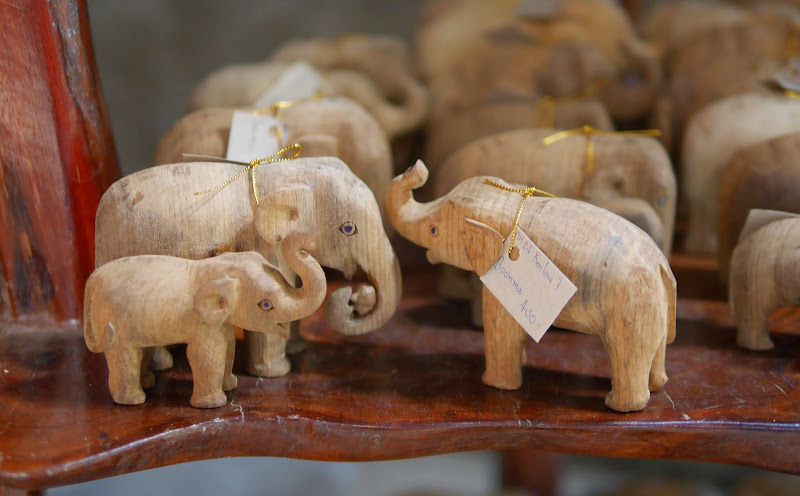 The Elephant Nature Park does not offer elephant entertainment in the way that most people would expect. There are no elephant rides or elephant tricks. Instead the Elephant Nature Park educates its guests about elephants in Thailand and seeks to change the way elephants are treated and regarded throughout the country. This change is no easy feat! History, culture, tradition, laws and tourism have had a huge impact on the lives of elephants in Thailand.

The population of elephants in Thailand is dwindling. Currently, there is an estimated three to four thousand elephants in this country and half of these have been domesticated. Many domesticated elephants experience trauma throughout their lives and abuse often begins at the very onset of their interactions with humans. For centuries elephants in Thailand have been domesticated through a brutal tradition called “crushing” where elephants are caged and tortured until their wild spirit is “crushed”.  Depending on the elephant’s mahout (caretaker) the elephant may go on to experience other abuses that may eventually lead to injury so severe the creature is rendered useless to its owner. This is where the Elephant Nature Park comes in.

We spent an entire day at the Elephant Nature Park. Our guide picked our group up at our hotel and drove us to the park. Upon arrival we had the chance to feed a few elephants. Teddy was keen on feeding them watermelon but it took my other two children some time to warm up to the idea. After feeding time we walked around the park to meet some of the elephants that had been rescued and rehabilitated. The elephants told their stories silently. Our guide acted as a translator of sorts putting words to the scars many of the elephant bore. Forced breeding, illegal logging, riding camps, exploding mine… there are now just over forty elephants at the sanctuary. After a Thai lunch buffet there was a documentary about elephants in Thailand. It was rather graphic in parts especially when they showed a “crushing”, so most of children sat out. Then it was bathing time! The mahouts guided the older elephants into the water and tours groups splashed them with water. While our elephant wasn’t keen on this part of the day we learned that it was necessary for keeping her skin healthy. After the elephant left there was a full out water fight! In the last part of the day we had the chance to see the baby elephants and get chased by one particularly mischievous one which was thrilling and frightening.

As we prepared to leave we took a peek at the small gift shop. There were a variety of things but the highlight for us was a shelf of hand carved wood elephants. These were made by the mahouts at the park. Each elephant at the sanctuary has a mahout, many of which are from the isolated and impoverished Burma. While the mahout make a very small income they sell these carved elephants as a way of making a little extra money to send home to their families. We bought a lovely one and it will be a constant reminder of the suffering and the beauty we encountered during our visit.

It should be noted that the cost of visiting the Elephant Nature Park for a Single Day Visit is 2500 baht ($80 cad) for adults and 1250 baht ($40 cad) for children. There are no elephant rides and direct contact with the elephants is carefully limited and supervised. There is significant emphasis placed on respecting the elephants and personal safety. However, it is an educational experience that will change the way you see and interact with elephants possibly for life. The park is a not-for-profit organization so all the money they receive goes towards caring of the elephants, paying the large staff and maintaining the park. Also I want to share that there are volunteer opportunities at the park, which is something worth considering if you are travelling to Thailand.

A Day of Rest in Chiang Mai

Thanks for the comments and photos. My heart bleeds for the poor tortured elephant. Very sad. Alice