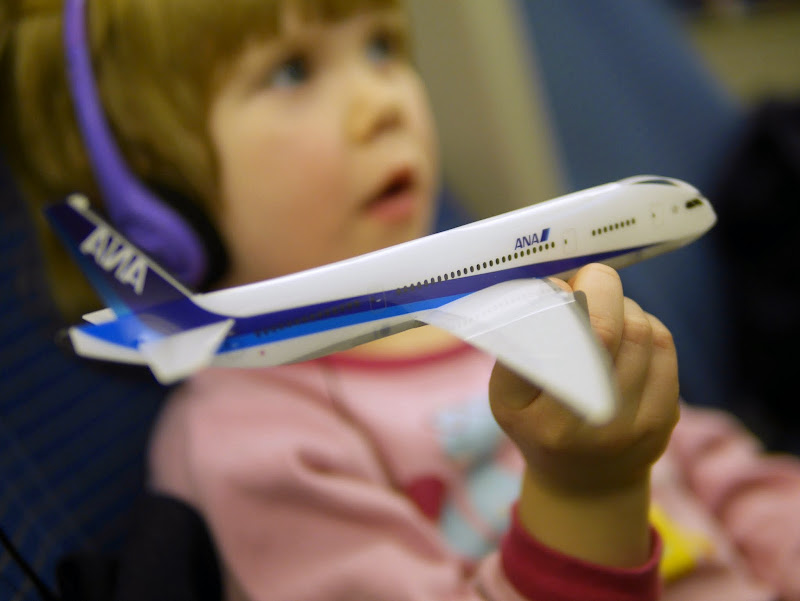 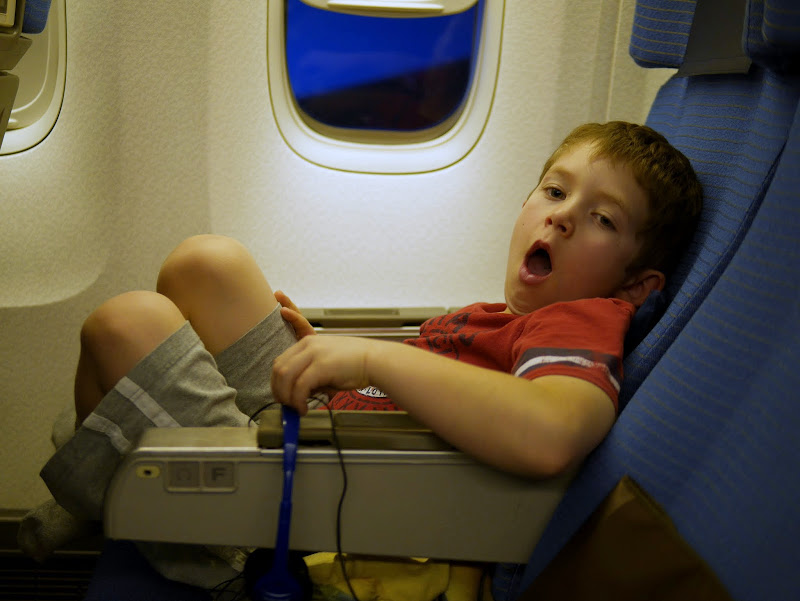 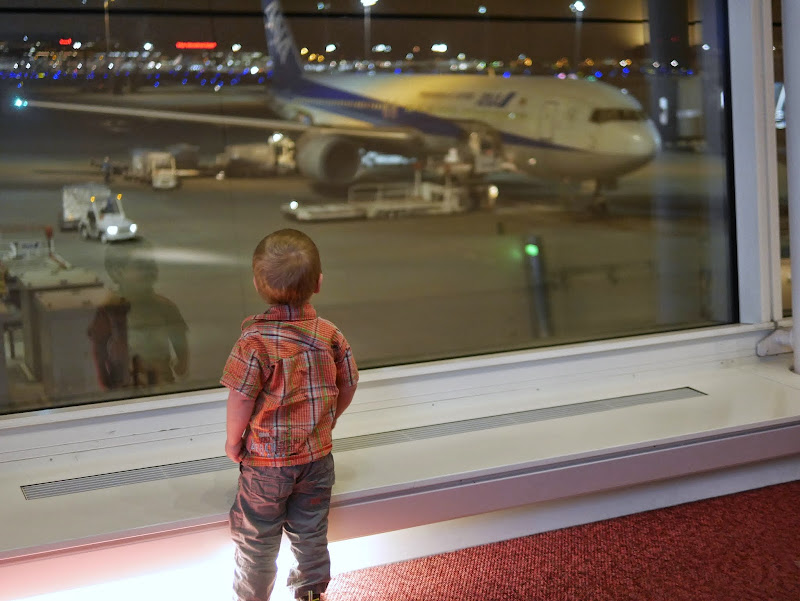 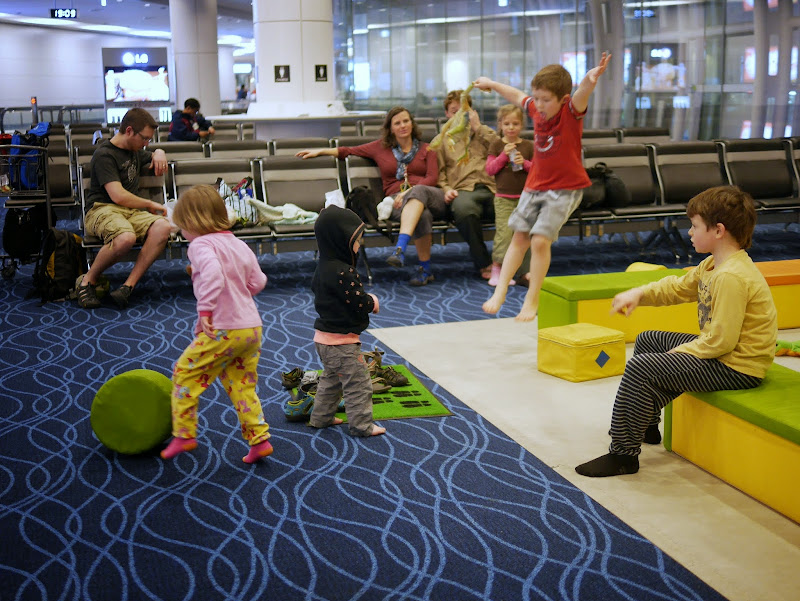 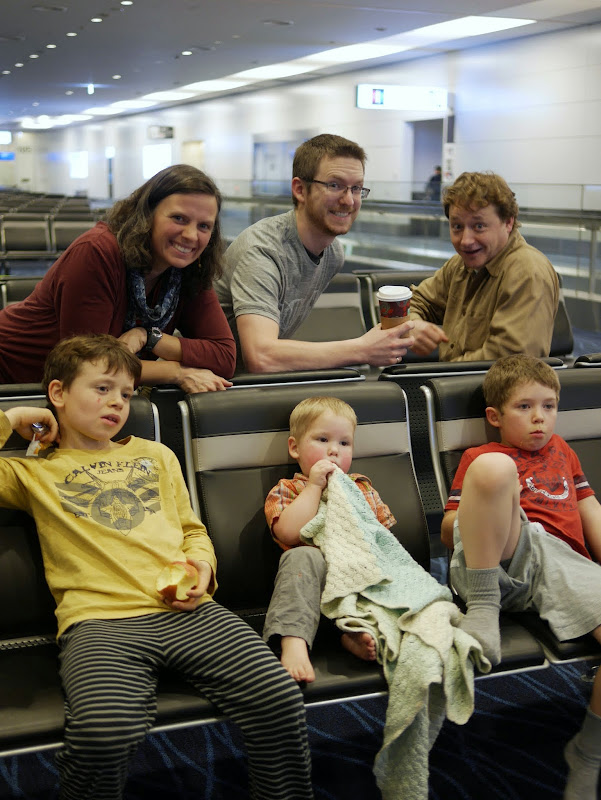 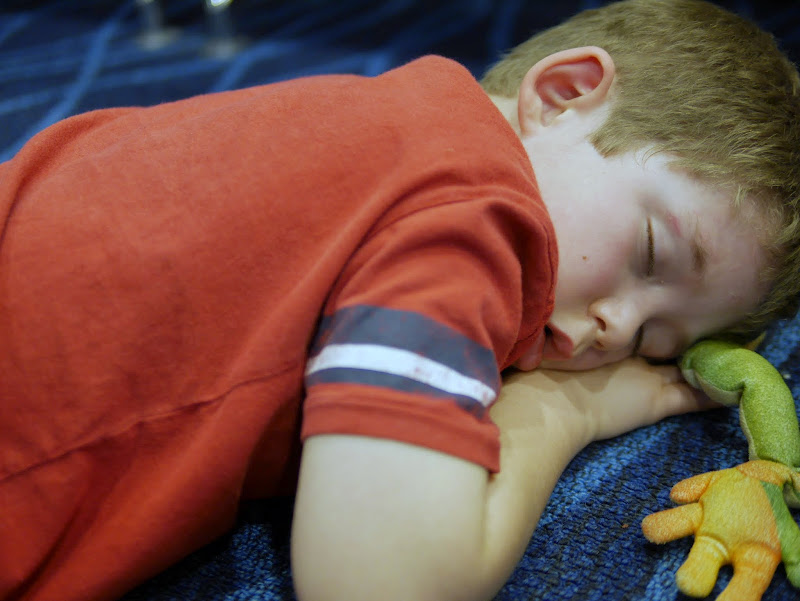 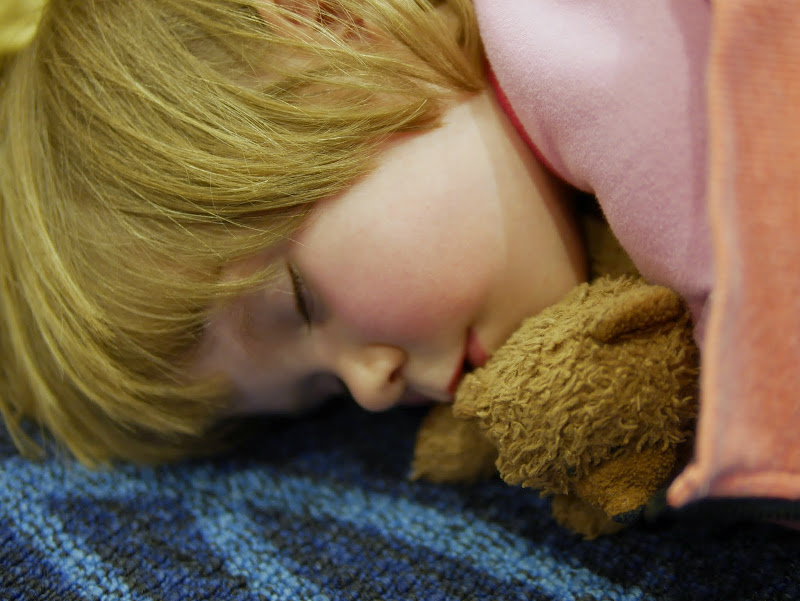 On Friday at three o’clock in the afternoon we boarded the first of two flights that would take us and our friends over the Pacific ocean to Thailand. Our journey began in Vancouver where we boarded an airplane from All Nippon Airways, a Japanese airline, and flew for over ten hours to Tokyo, Japan. The plane was surprisingly empty so we were able to move around a little and take up more space when needed. We also found that the air flight attendants were very helpful which I think was helped along by the fact that they found my two youngest to be so かわいい (cute!).

My children were so excited to go on the airplane. As soon as we started flying my two eldest settled in and were entertained by their screens. Throughout the flight they alternated between watching shows, playing games, a bit of colouring, visiting their friends, eating and going to the bathroom. Teddy was much more challenging to keep occupied. He did a lot of pooping, much to our dismay, and made various attempts at climbing and crawling over and under the chairs. He wasn’t all that entertained by the screens and was a veritable brat until he fell asleep towards the end of the flight.

When we arrived in Tokyo the local time was six o-clock at night but for us it was two o’clock in the morning. Everyone was feeling very sleep deprived and grumpy. We had a five hour wait at the airport before we could board the next flight so we found a little play area for the children close to our boarding gate. The children took full advantage of the play area and went into over-tired-crazy-hyper-mode until they literally dropped to the floor in pure exhaustion and slept. I managed to sleep a little with Teddy on the chairs but woke up feeling rather nauseous. Jeremie was also feeling pretty terrible so I ceremoniously gave everyone some anti-nausea medicine before we boarded our next flight.

The second flight, which was with the same airline, left at midnight (Tokyo time) and arrived around five o’clock in the morning (Bangkok time). The flight was supposed to take around seven hours but it was a little less than that. The airplane was packed on this flight but thankfully our children hunkered down in their seats and were fast asleep before the plane took flight. Everyone slept solidly for several hours and then quietly watched shows until the plane landed in Bangkok. When we landed in Bangkok we groggily made our way through immigration where we had to filled out forms twice because we had done them incorrectly the first time. After making it out to the baggage pick up everyone was feeling rather relieved and elated that we had survived the very long journey. We made it! High five! Yipee!

Our friend Mike (from Worldschool Adventures) met us at the airport. It was so nice to have him there! He helped us figure out how to get baht (Thai currency) from the atm and then he set up our taxi to get us to the hotel. Upon arriving at our hotel we discovered that our rooms would not be ready until the afternoon so we dropped off our bags in Mike and Amy’s room and then went to explore a little bit of Bangkok… but more about that later… when I feel a little less jet lagged.

How very exciting! Glad you made it safely. Can't wait to follow along on all of your adventures. Have a great time!

So glad you could pop in a little update on your trip! Hope you guys catch up on some sleep so you can enjoy things with a little more edge!

Exiting to read about your trip and safe arrival. Do have a good time. Alice