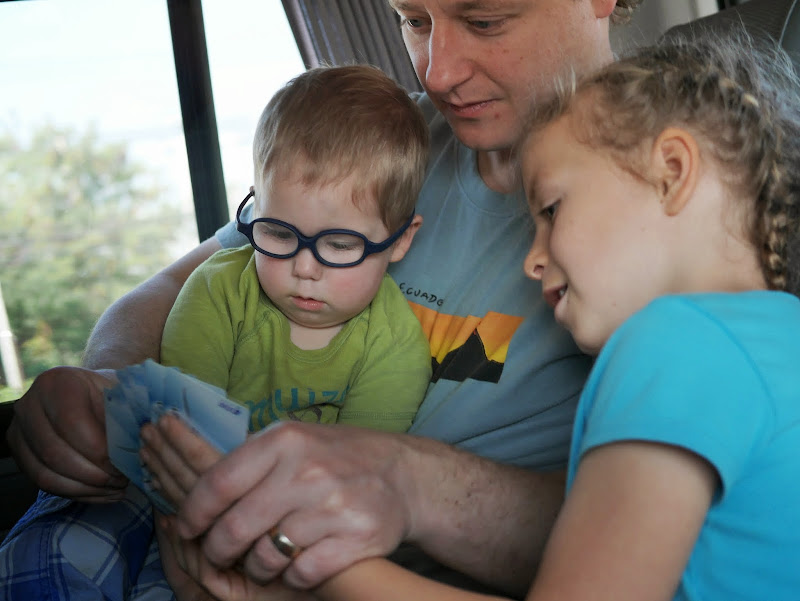 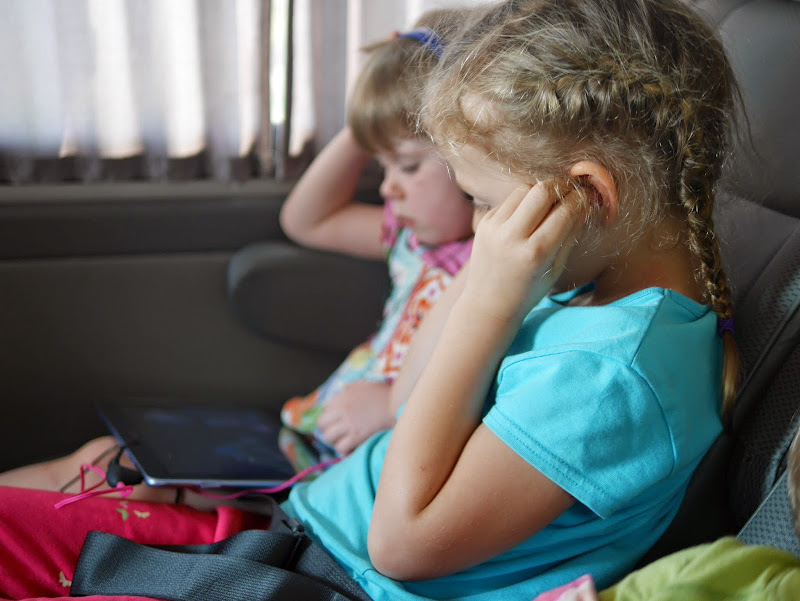 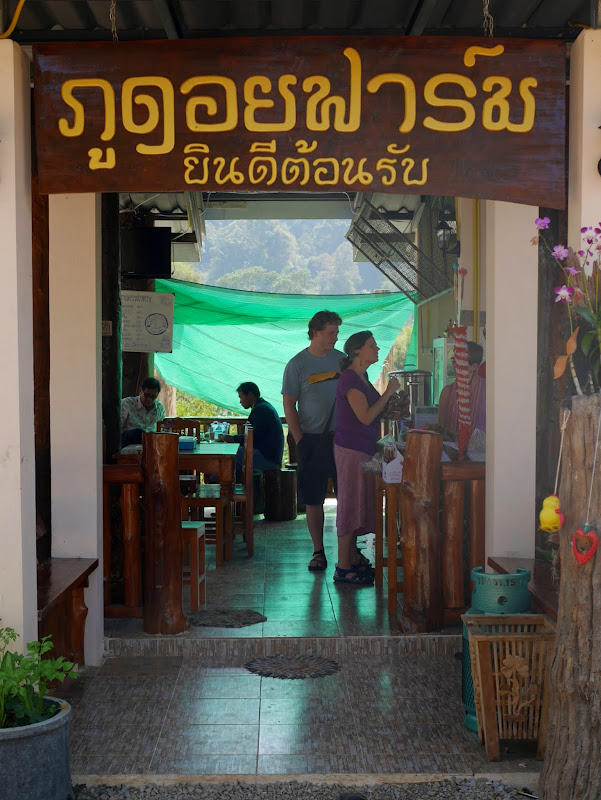 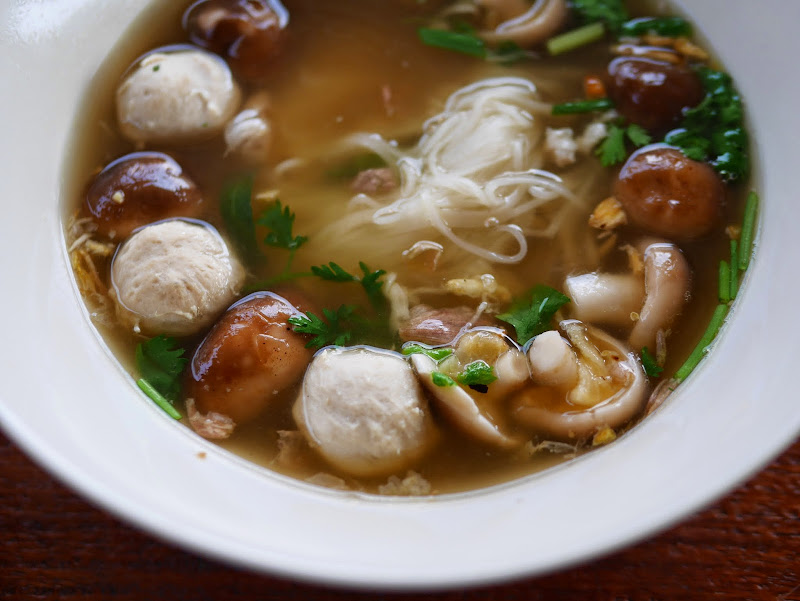 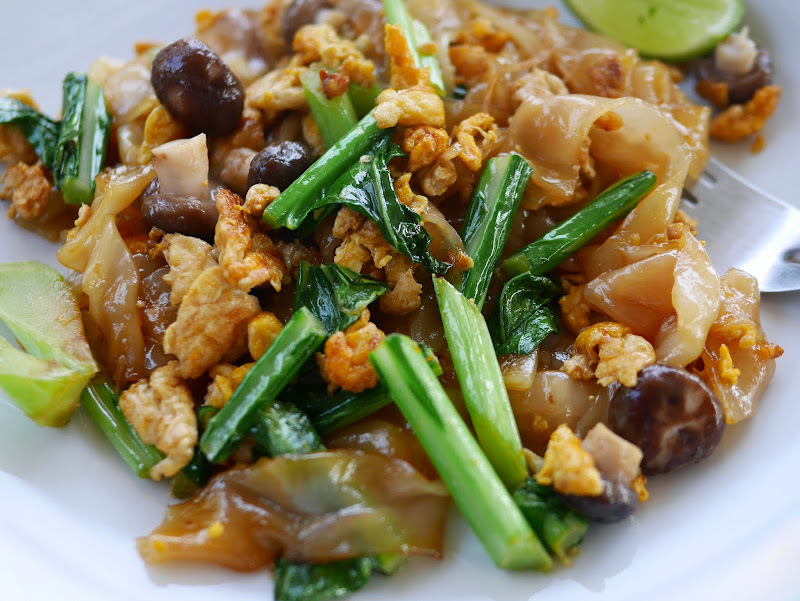 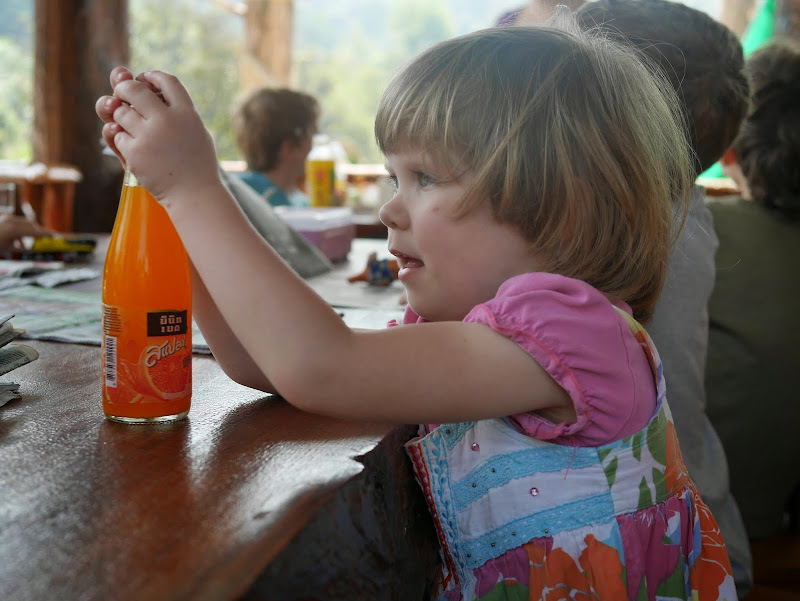 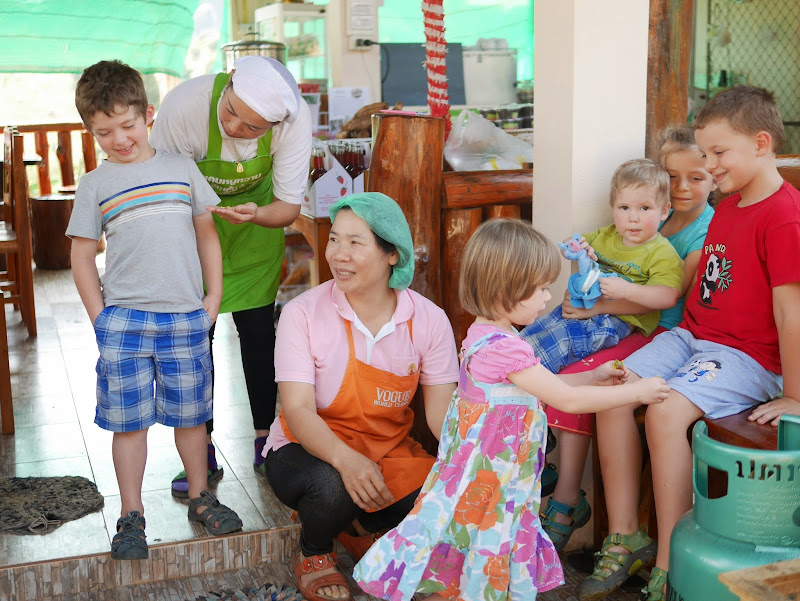 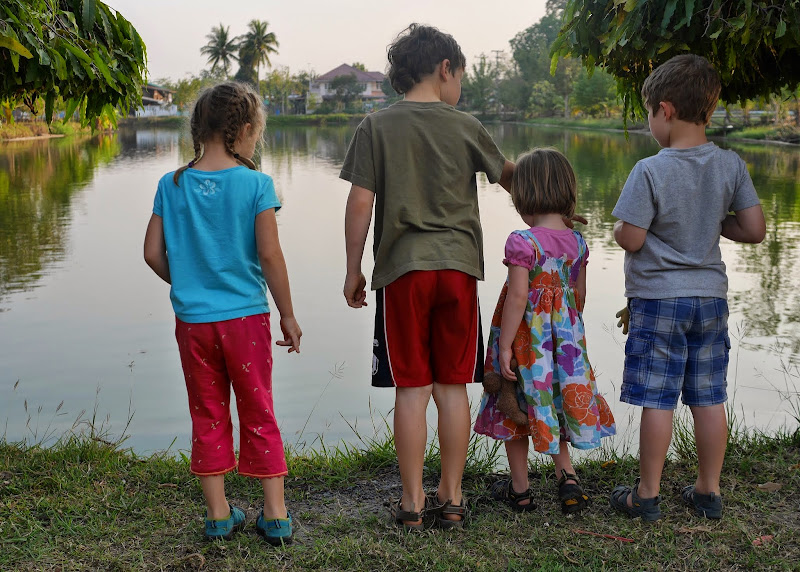 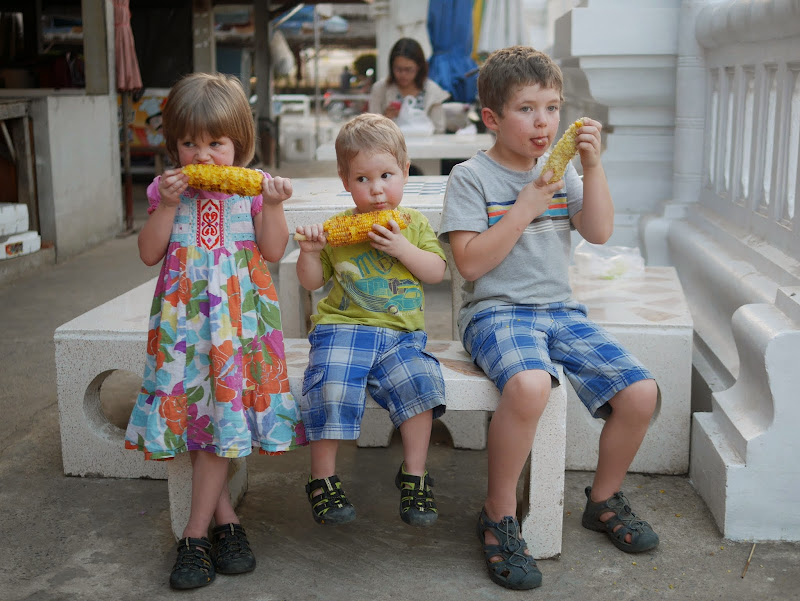 Shortly after breakfast our whole gang, which currently comprises of six adults and seven children, piled into a twelve seat rental van. If you do the math you will notice that we’re one seat short but in Thailand police are more concerned about illegal immigrants than seat belt safety. My two youngest are the smallest of the bunch so they often doubled up with someone else.

The drive from Chiang Mai to Sukhothai is about 300km (186 miles) south and slightly east. It took us about seven hours to make the trek but this was mostly because of the many requisite bathroom breaks. Around lunch time we stumbled upon a lovely outdoor road side restaurant that served Thai food. There was nobody there that spoke English so Amy ordered our meal using a combination of Thai and hand gestures. The food was delicious and some us suspected that we stumbled upon a mushroom farm because most of the dishes that we ordered had unique little mushrooms in them. I also spotted many large bags and baskets filled with mushrooms in the back of the restaurant.

When we arrived in Sukhothai we were starting to feel hungry and irritable and we had yet to find a place for the night. With no luck in finding accommodation we stopped in to a restaurant catering to tourists. After seeing the menu, which was closer to a tome, and the state of the kitchen I was feeling rather nervous about eating there so we settled on finding some food at the market instead. I thought it interesting that I felt more comfortable eating from food stalls at the market than a restaurant. I was amazed by how full bellies changed the tune of our group; everyone seemed calmer and happier, except our daughter of course who had entered into one of her moods.

We checked several hotels in old Sukhothai before our friend Steph found Orchid Hibiscus. It was such a relief to find a place that would not only accommodate our three families but provide us with beautiful large rooms right next to each other. I am looking forward to exploring this lovely guesthouse when the sun rises tomorrow along with the historical park which is close by.

Interesting comments. I'm home for a couple of hours. Just letting you know that my prauers are for continued safety for the group' Alice