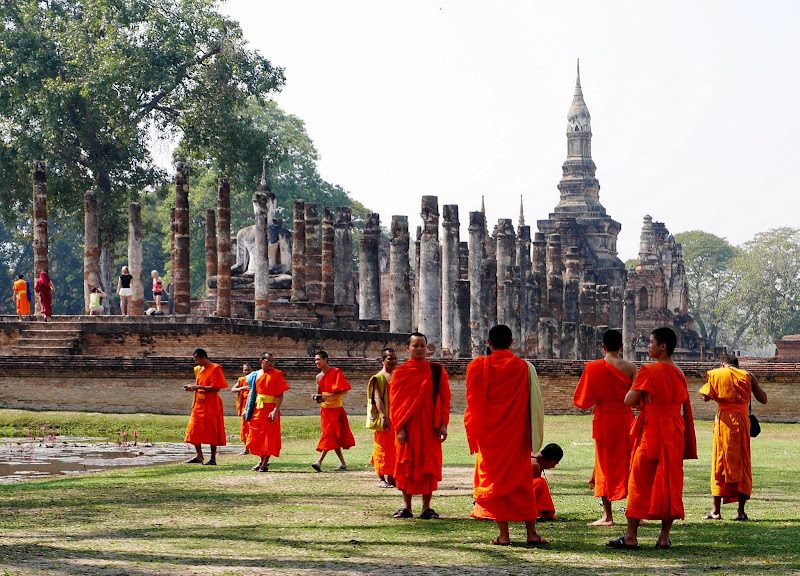 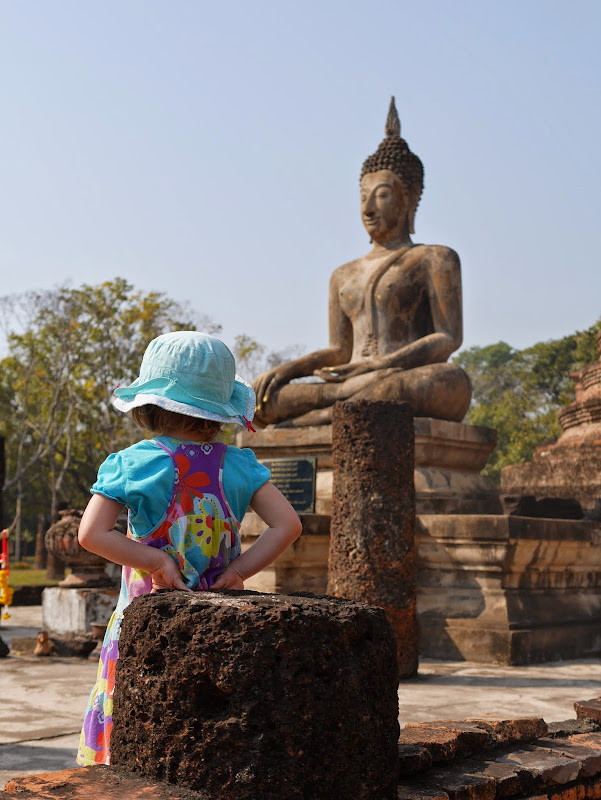 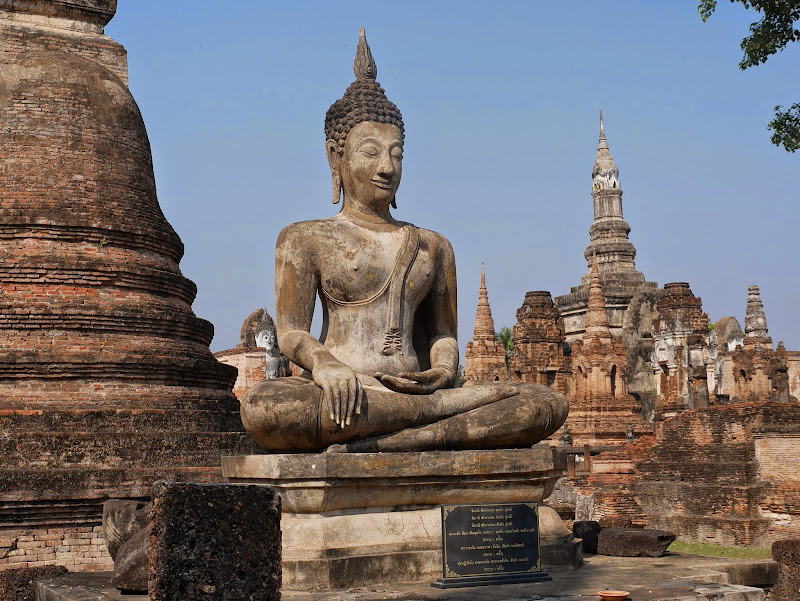 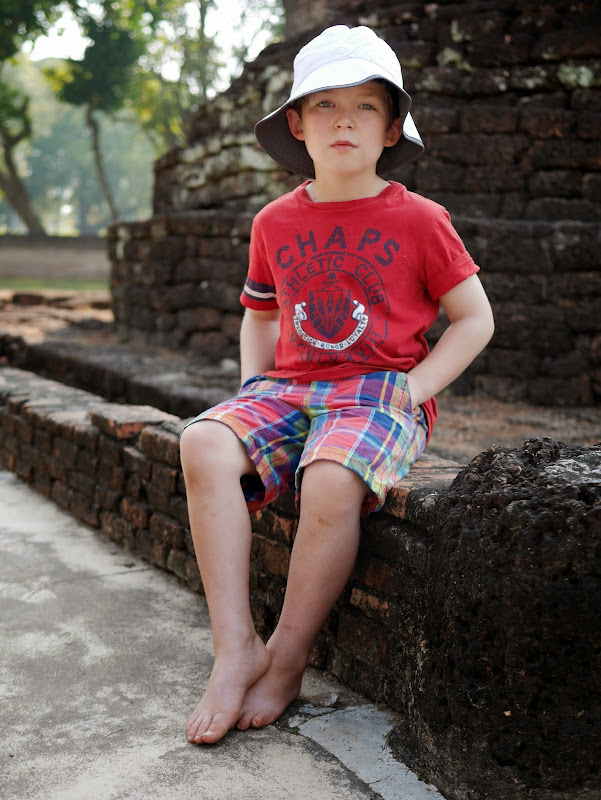 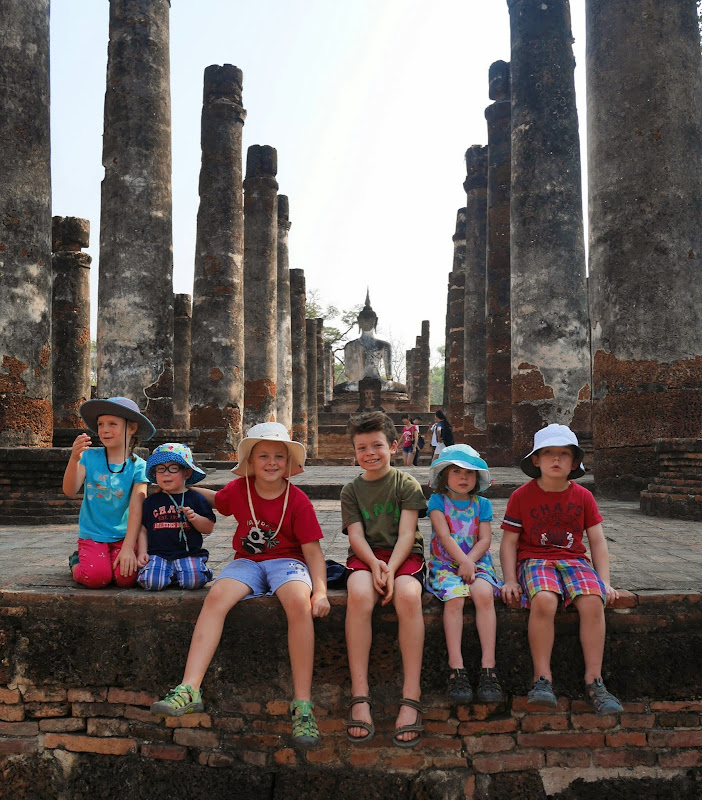 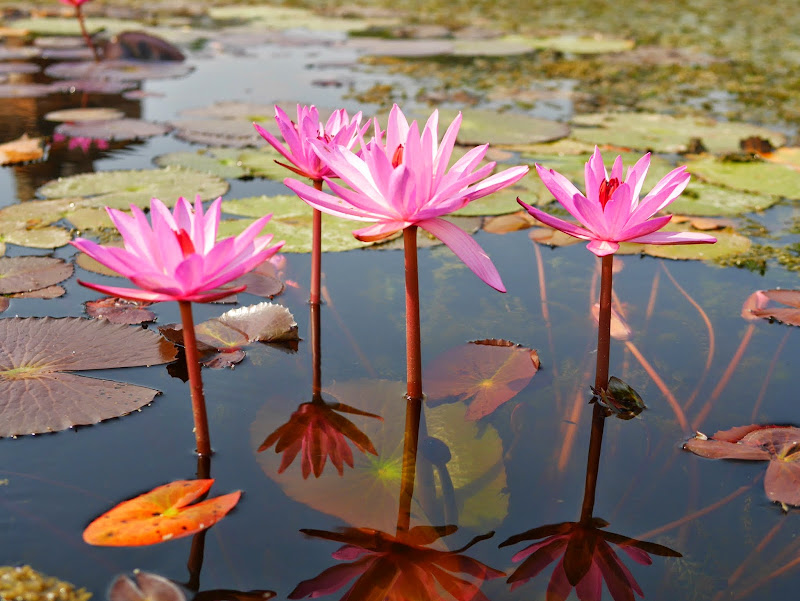 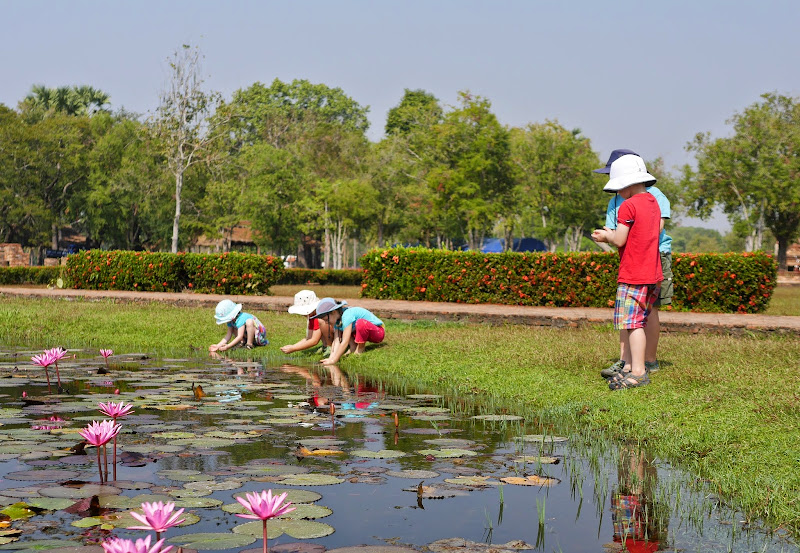 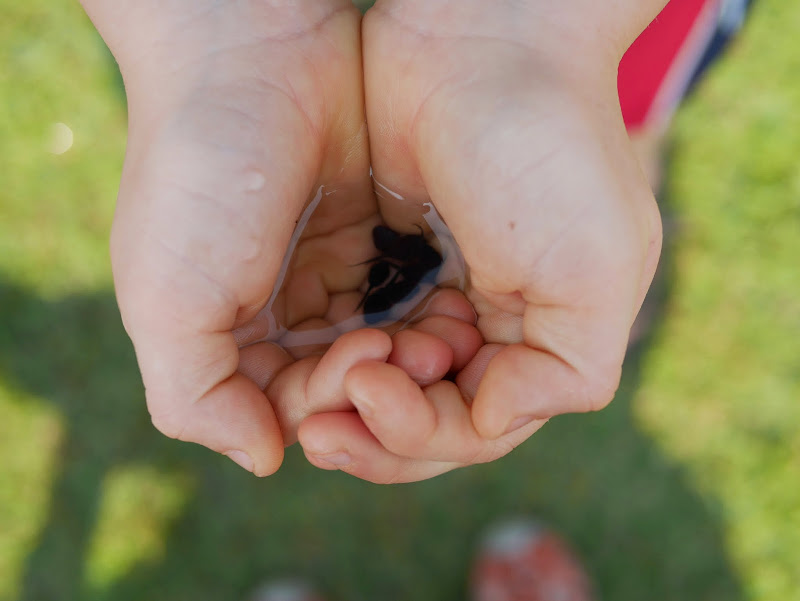 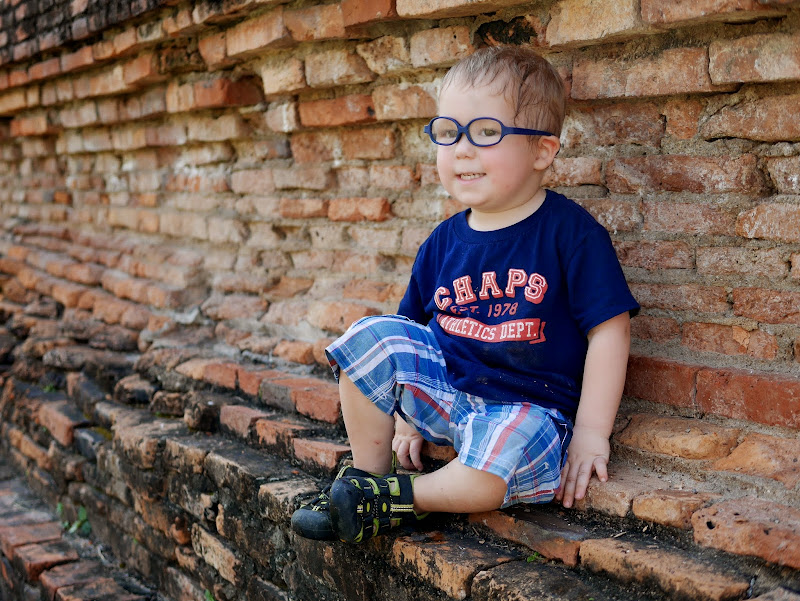 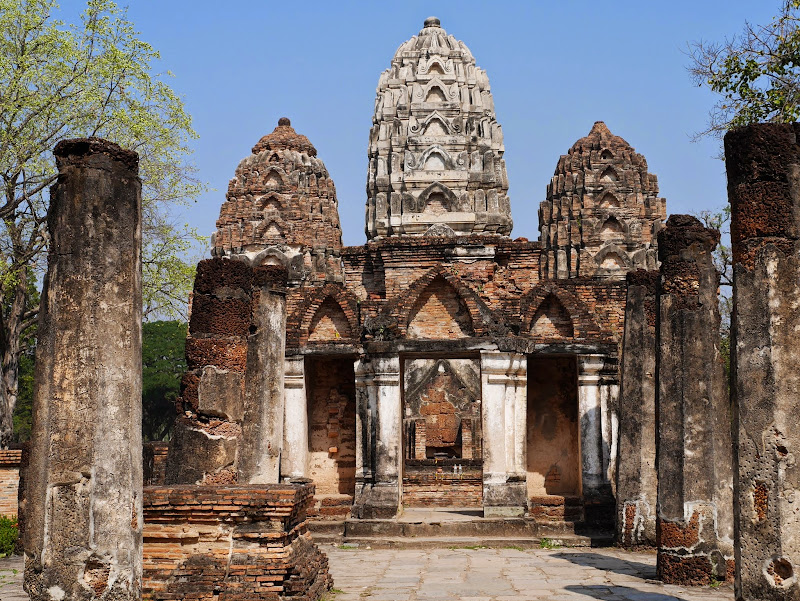 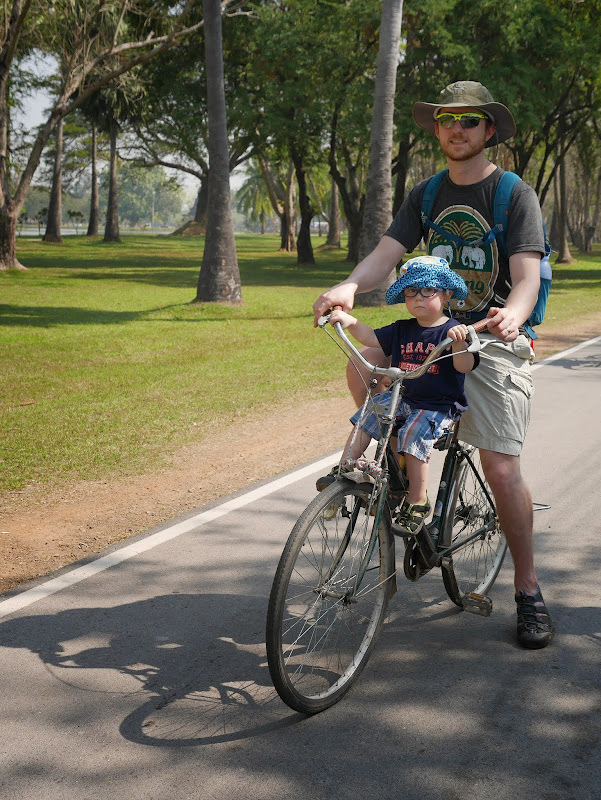 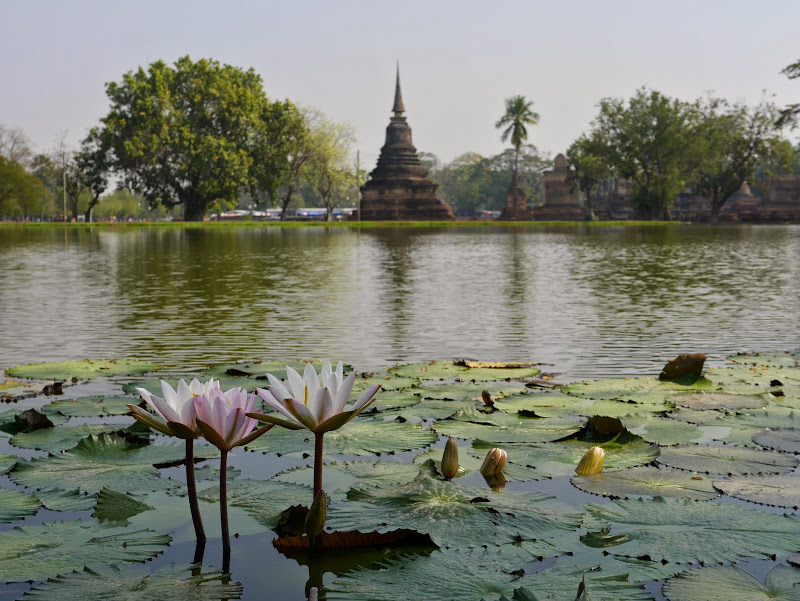 The main reason we chose to stay in Sukhothai was to visit the Sukhothai Historical Park which is a World Heritage Site. Sukhothai, which means “dawn of happiness”, was the first capital of the Kingdom of Siam in the thirteenth and fourteenth century. The park is 3.32km square and holds glorious ruins of ancient Siamese architecture. The ruins were impressive but what made visiting the park awesome was cycling around its flat paved pathways. Right outside the park is a bike rental shop with bikes for adults and children. Renting a bike for the day only costs thirty baht (about one dollar). Admission to the inner part of the park cost us 100 baht per adult and 10 baht per bike and children were free.

We spent most of our time exploring Wat Mahathat which is where the children discovered a pond filled with tadpoles. While the children were captivated by the tadpoles we took a moment to sit by the pond and enjoy the sights. Some of us struck up a conversation with a very interest couple from Switzerland who have explored many part of the world in their camper. My husband and I share the Teddy chasing duty which is always extra fun around a body of water.

As the morning wore on the day became hotter. Our ruin appreciation stamina quickly dissipated especially for my younger two children. We stopped at Wat Si Sawai where Claire had a meltdown over eating an orange so we moved on and biked over a bridge onto a little island. The island was quite shady and the children found bamboo sticks which transformed their play into some sort of tribal defense war game. I think there was still plenty more to see but grumbling tummies moved us in the direction of the food stalls where we enjoyed a delicious Thai lunch which was only 880 baht ($33 cad) for thirteen people!