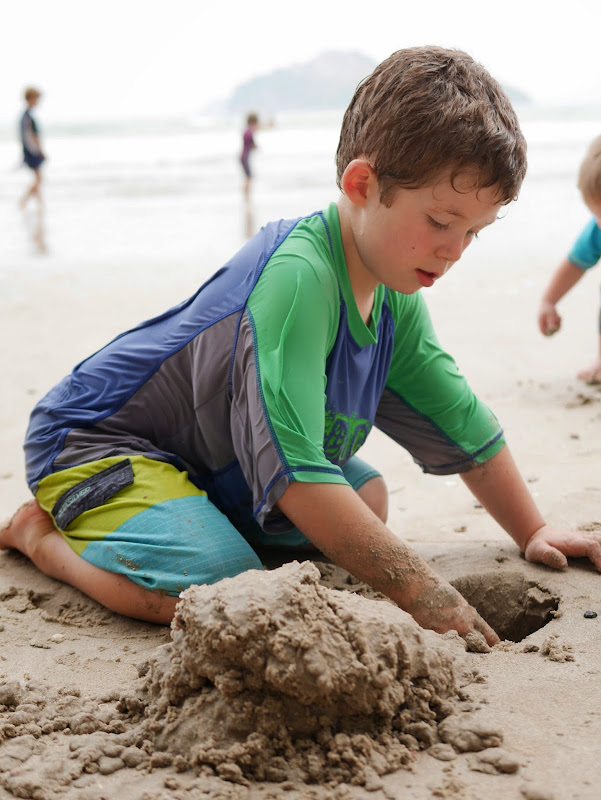 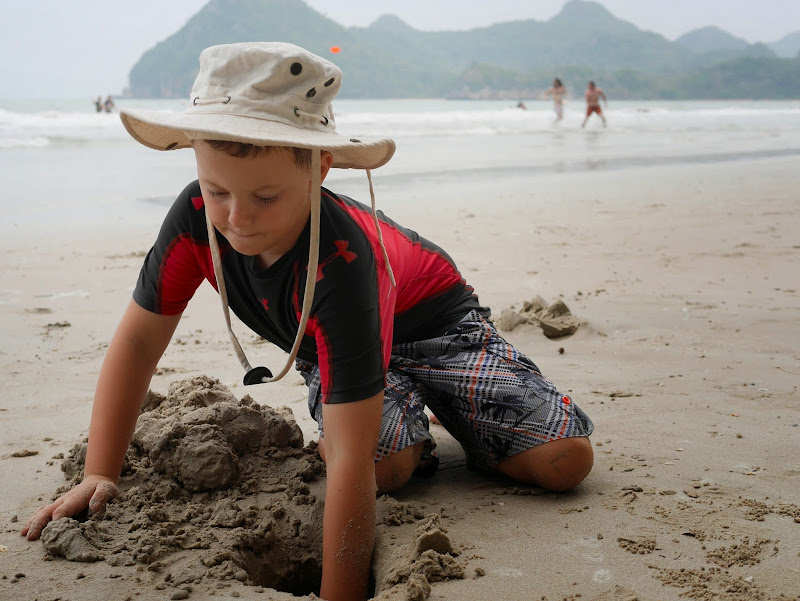 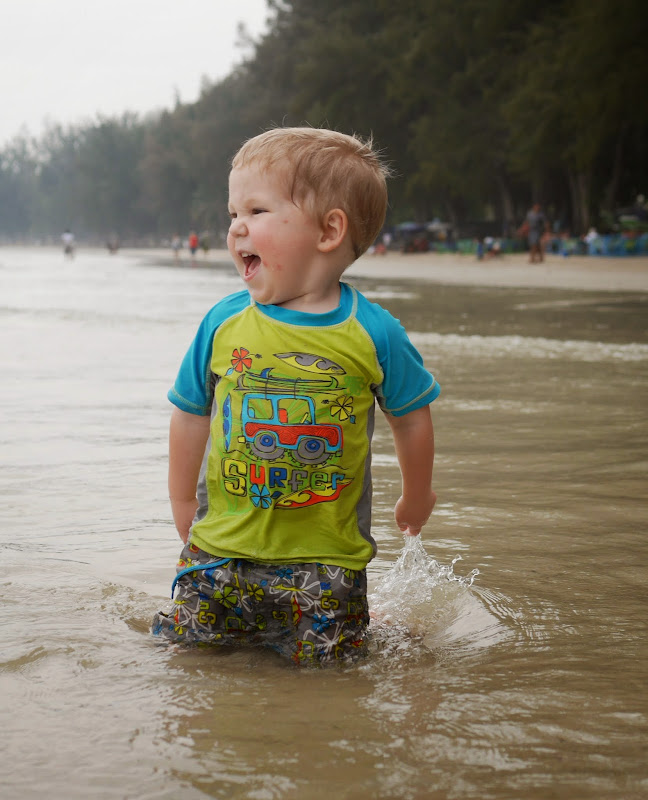 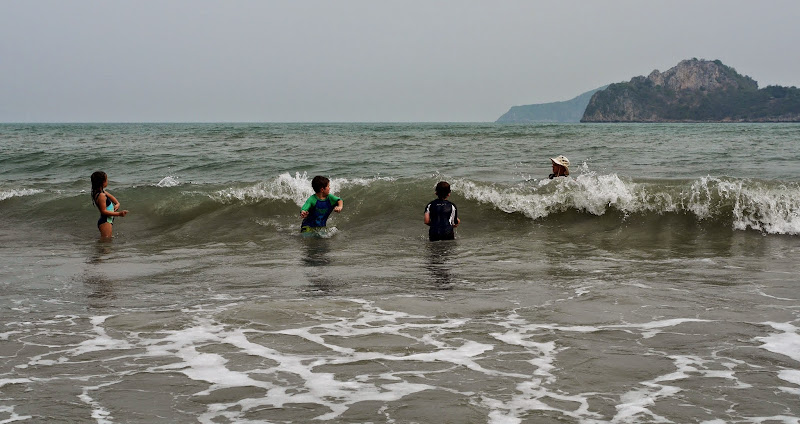 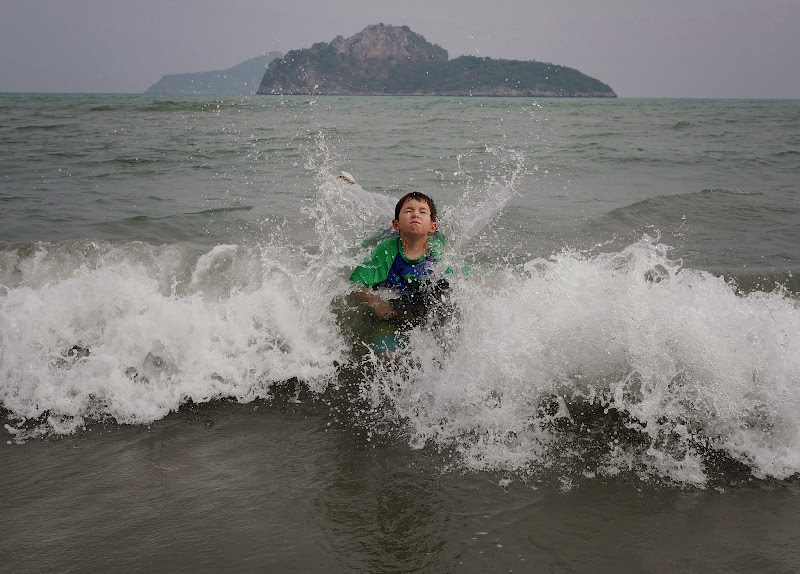 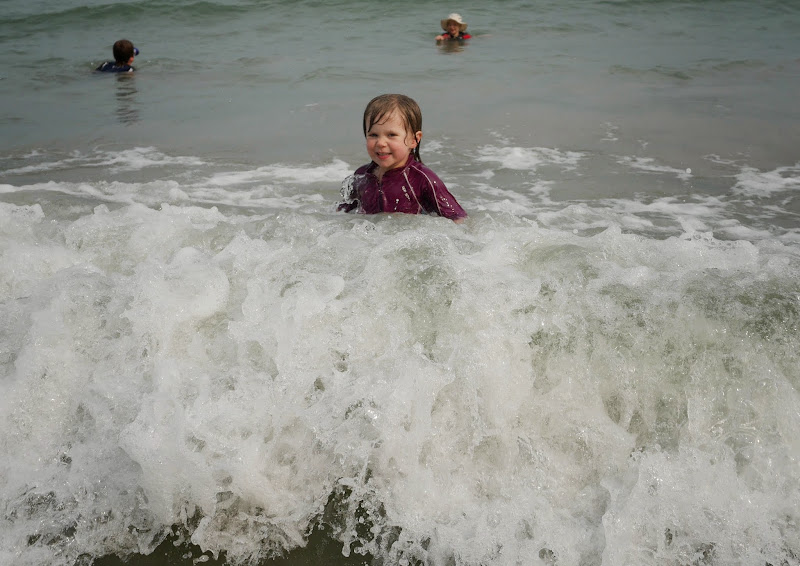 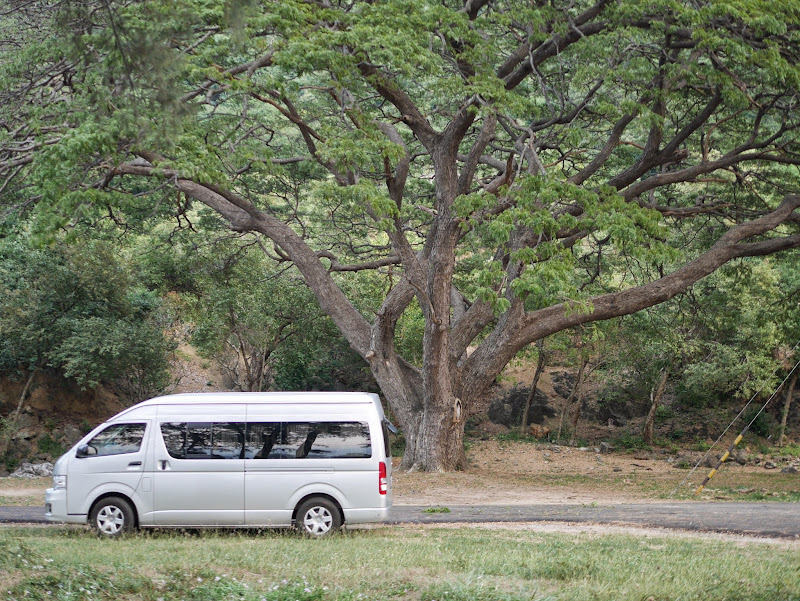 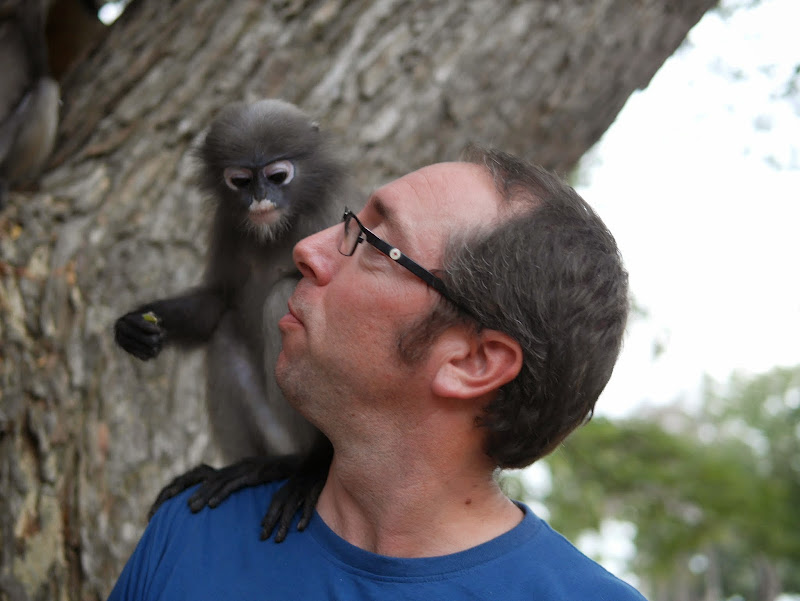 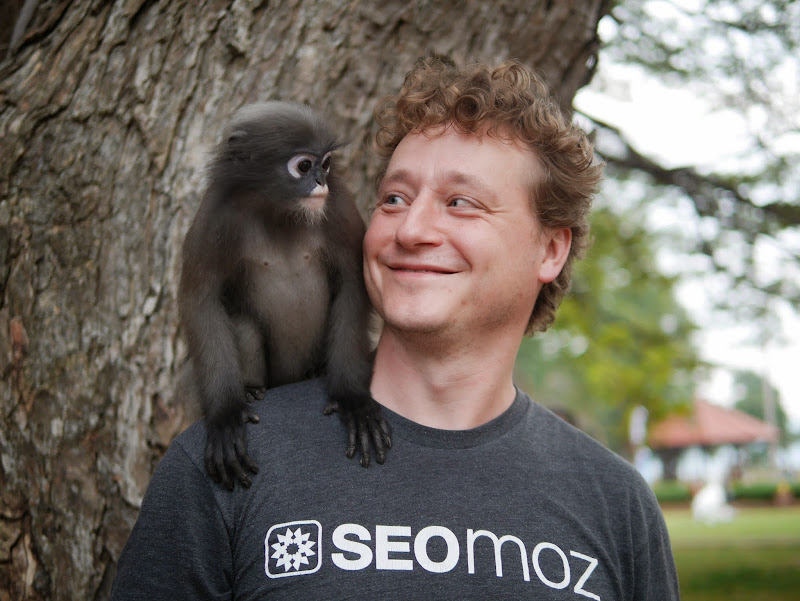 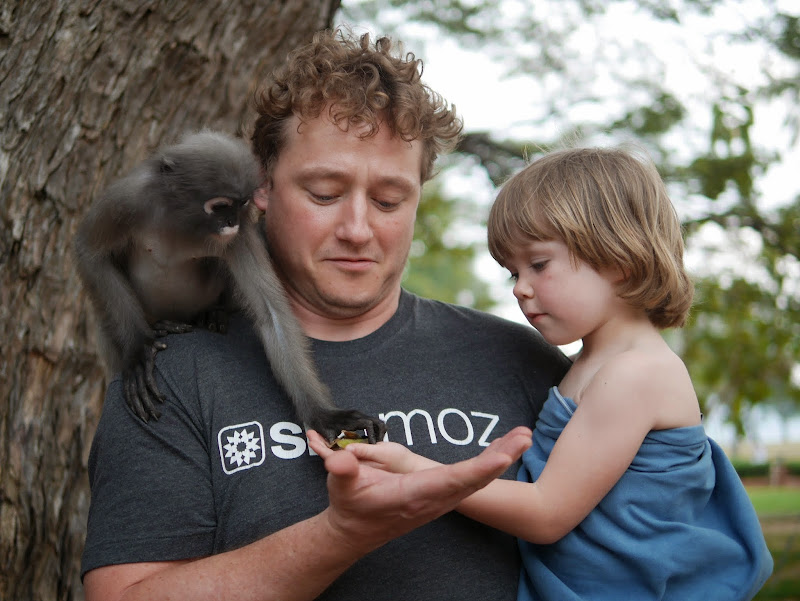 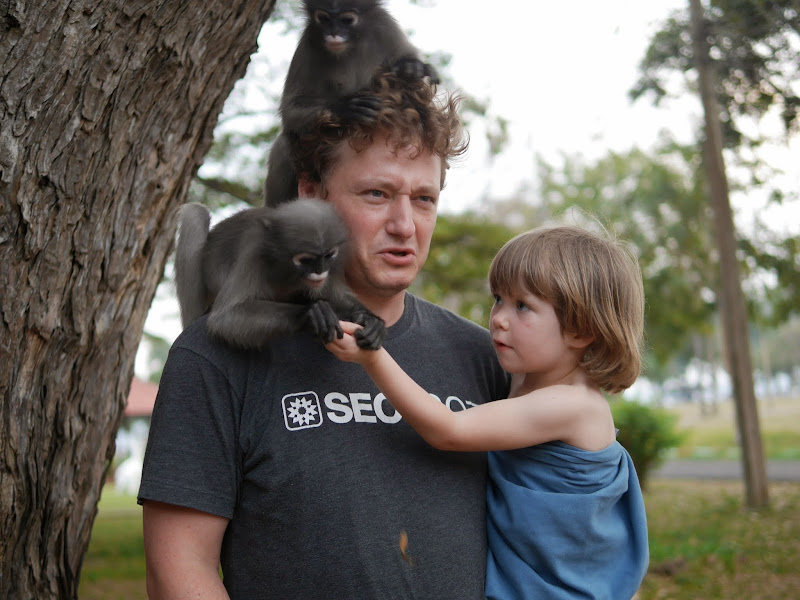 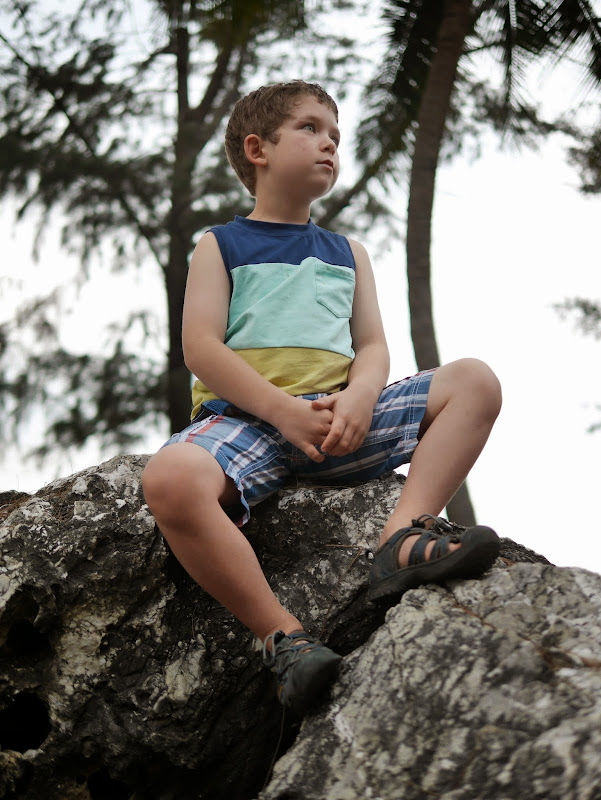 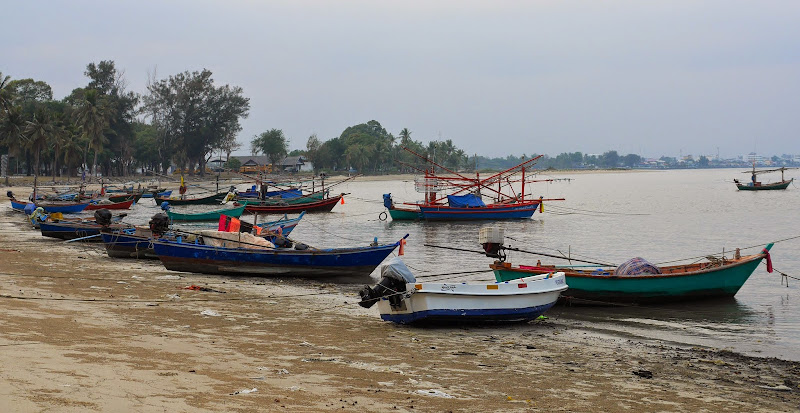 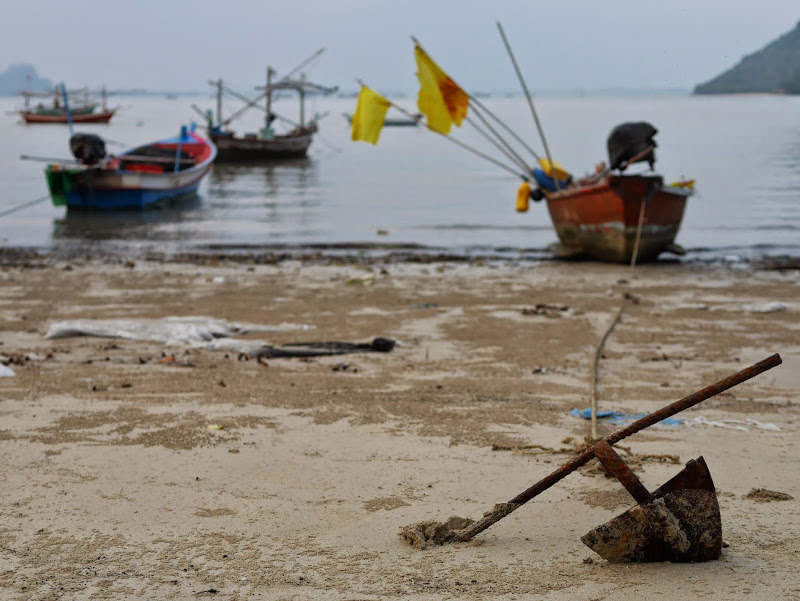 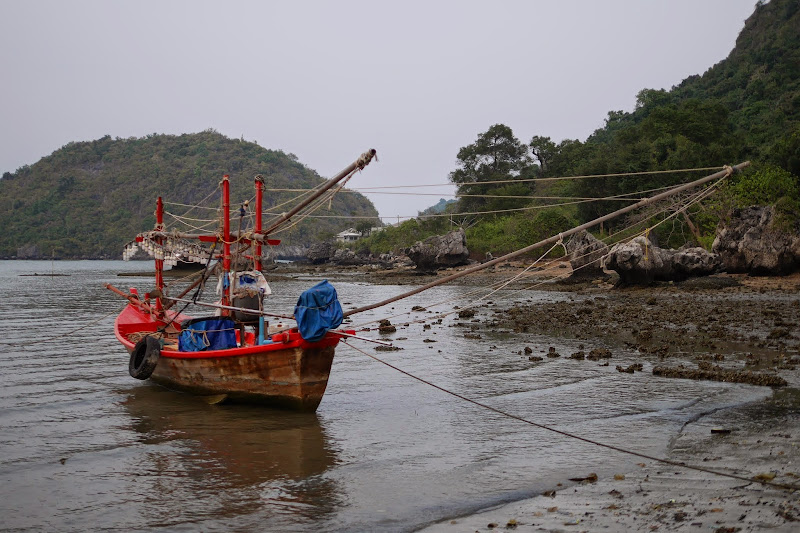 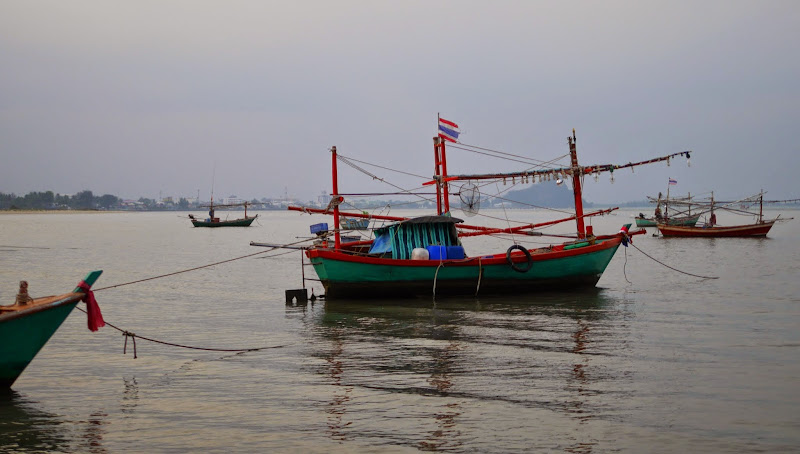 The majority of our morning was spent in discussion about our forthcoming travel plans. Initially our plan was to go to Ko Lanta but after considering our various options the caravan has decided to put in another full day of driving to another location. I will keep our destination as a surprise for now but feel free to guess if you have a hunch as to where in Thailand we are heading to.

After solidifying travel plans there was much indecision around lunch. Today was our last day in Prachuap Kiri Khan and we were hoping to visit a great little restaurant just down the street from our hotel but it was closed. Finally we decided to return to Ao Manao beach and purchased some inexpensive food from their cafeteria. Our food was alright, nothing to rave about but sufficient enough to fill our bellies. We wandered out to the beach and the children immediately set to digging holes in the sand and riding waves which were bigger than yesterday’s. It was a relaxing afternoon albeit a bit cooler.

On our way back to O Bay Design Hotel we took a detour within the army base to visit a troop of languour monkeys. These monkeys are quite gentle in comparison to the aggressive macaques which tend to attack and steal anything they can get from you including your glasses. Languour monkeys will carefully take food from you and some can even be convinced to climb on your shoulder. As the children were captivated by these cute fuzzy creatures I wandered over to a nearby bay to look at some traditional Thai fishing boats. There was nobody around so I clambered through a rather polluted beach to snag a few pictures of these colourful vessels. Tomorrow we are leaving this charming town and driving south one last time.

Ooh, I'll hazard an uneducated guess! I think Khao Sok National Park looks fascinating with its rainforests. Though the sounds of Ko Samui sound really relaxing. I'm looking forward to hear where you head! Loving all your pictures and updates! I've never known so much about Thailand before!

Another lovely day at the beach!