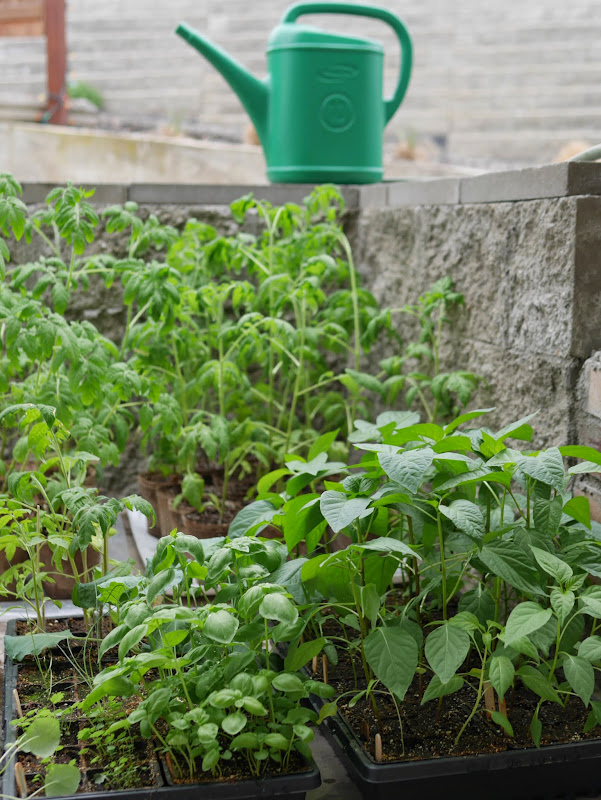 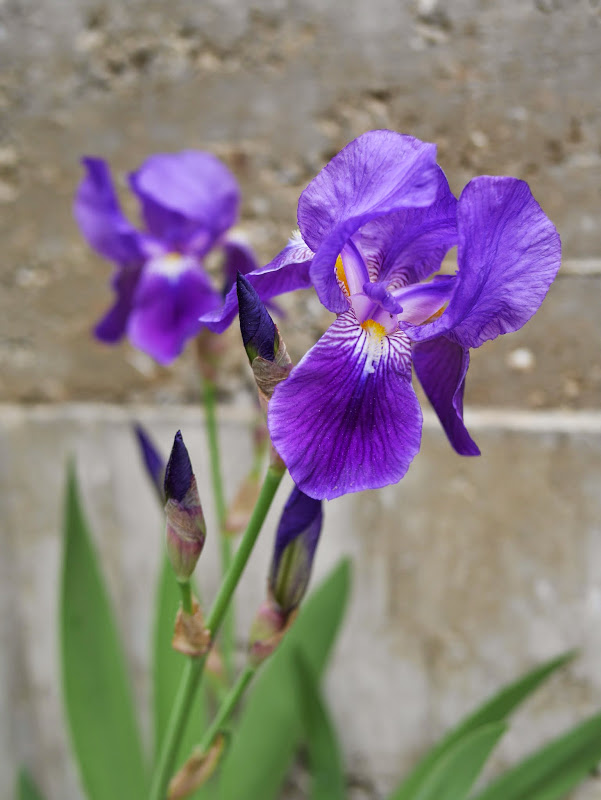 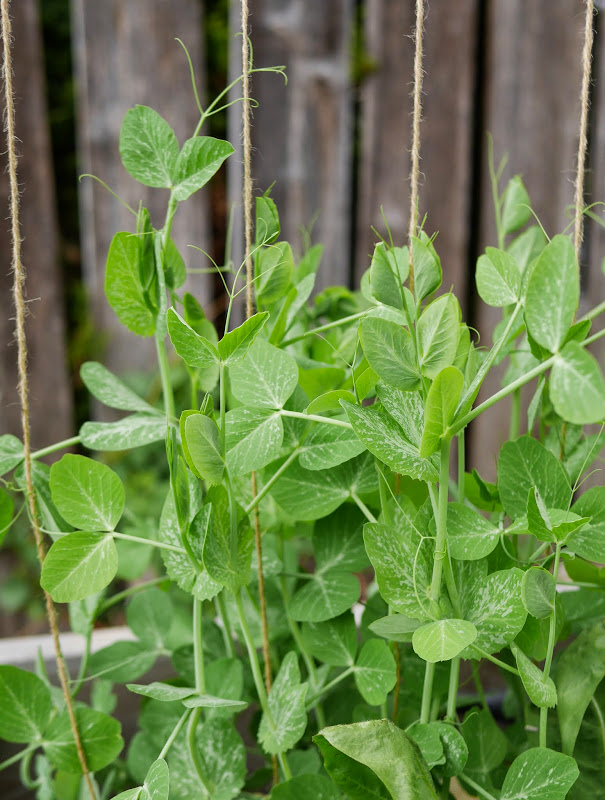 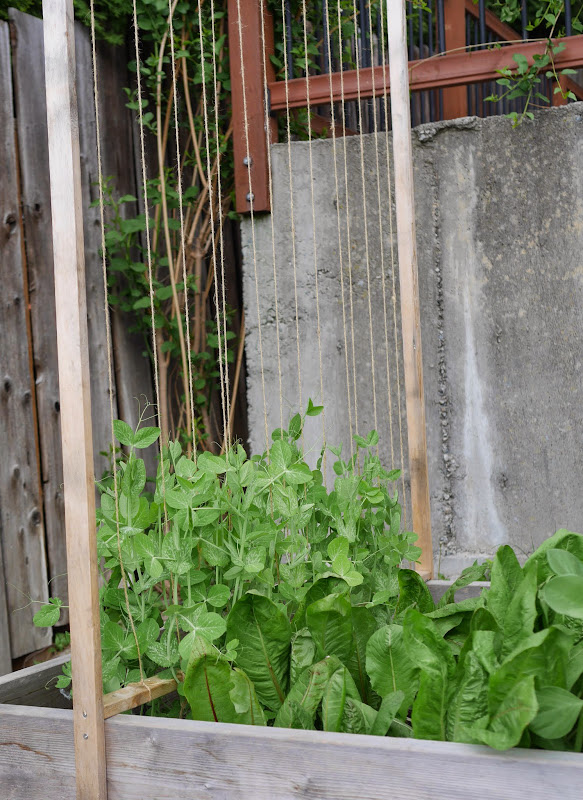 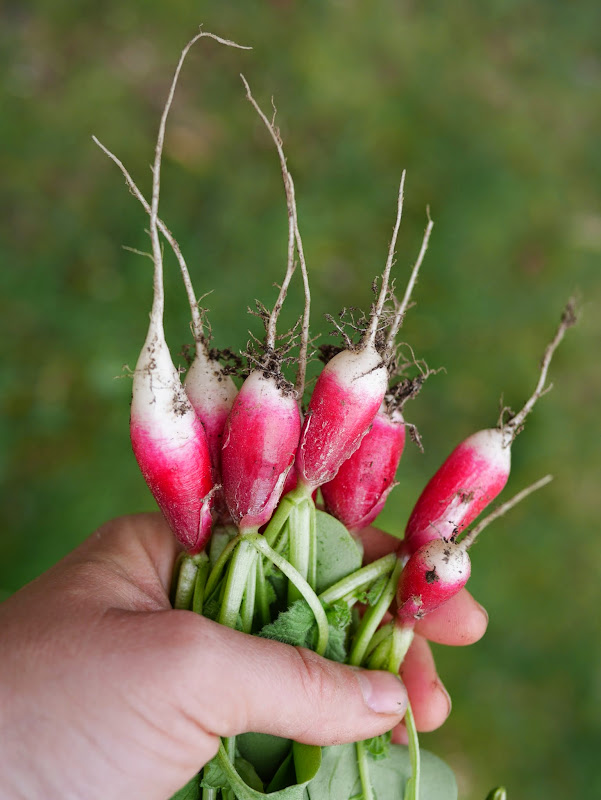 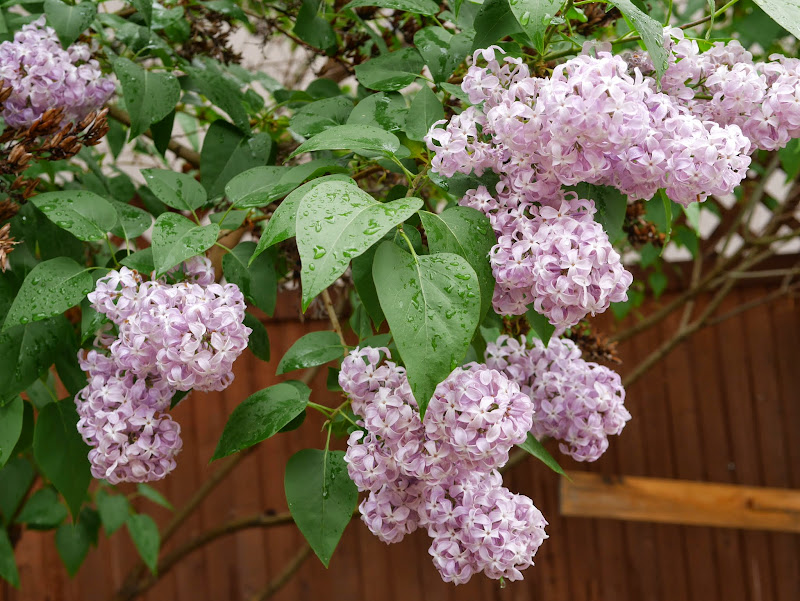 It has been a dry spring. Our lawn, which I do not water, is terribly patchy and yellow and the soil in my garden is dusty and dry. Already we have set up our drip irrigation lines and started using them in the raised garden beds. This afternoon, however, we did have a heavy rainfall with a bit of hail which was particularly refreshing.

The peas and broad beans that I planted at the end of March are getting tall. I have been coaxing them to climb up the trellis, with good results. Right beside the peas there was some beautiful lush lettuce which had survived the winter. Unfortunately, I had to compost it because it tasted so terribly bitter. Perhaps this was a result of being overwintered. While I was rather disappointed to discard so much lettuce I was happy to harvest our first radishes of the year!

The seeds that I planted a couple weeks ago are sprouting, except for the parsnips which tend to take a long time to germinate. Lately, I have been catching my son with his head under the row cover counting all the carrot sprouts, gleefully anticipating many backyard summer snacks. The spinach I planted in early April is slow growing, and much of it did not sprout which is disappointing. I did sow more spinach seeds and added in a few rows of of Pac Choi, mixed lettuce and parsley.

My indoor tomato seedlings are out-of-control! I definitely planted them too early, again. I am preparing to plant them this weekend under row covers. Before subjecting the seedlings to the harsh reality of being outdoors I start by putting them outside in the partial-shade for increasing amounts of time. This process is called hardening-off. I am also hardening-off the other seedlings at the same time, but there is less of a rush to plant them since they are growing at a more reasonable pace.