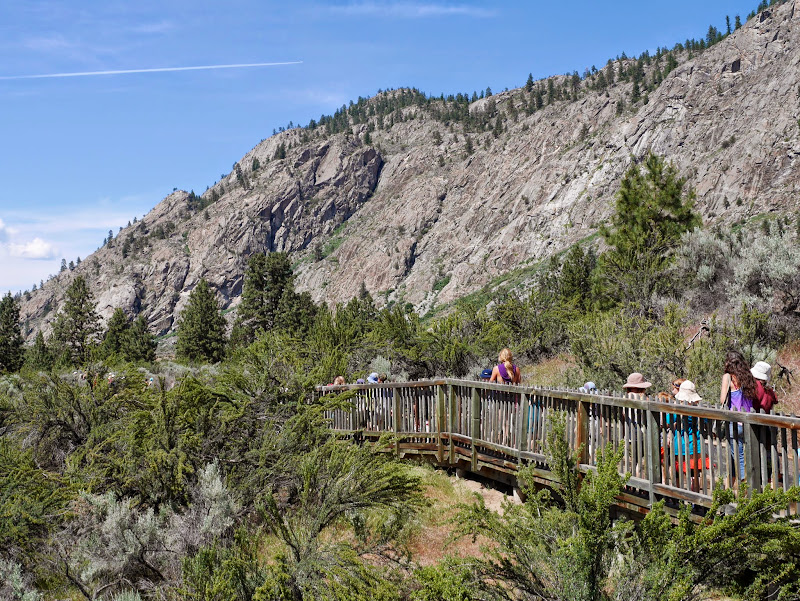 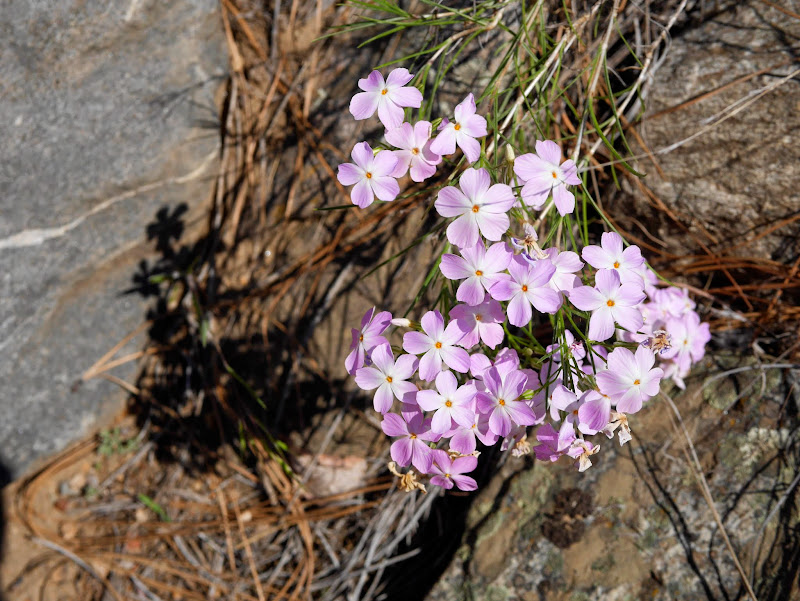 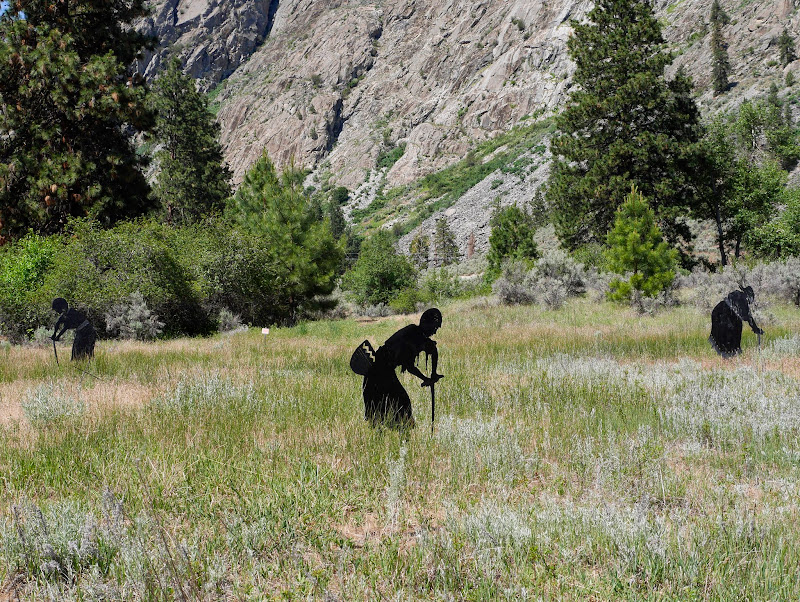 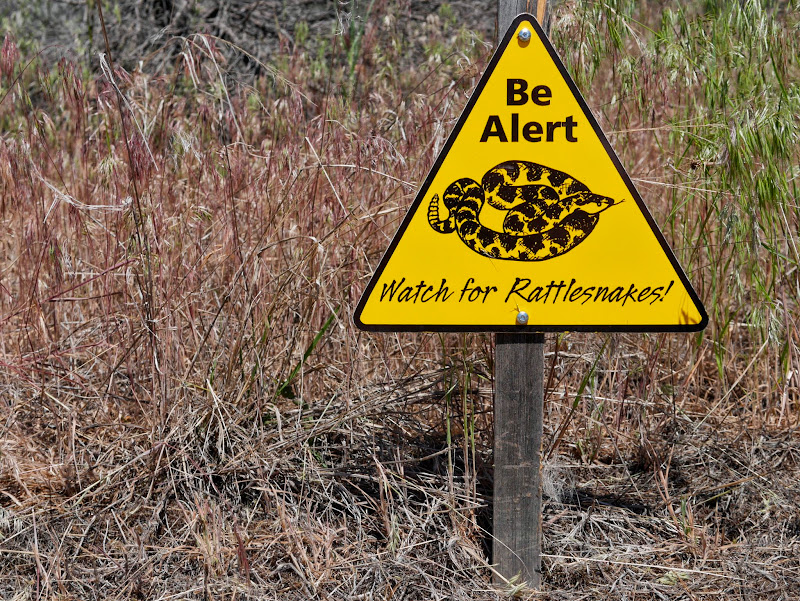 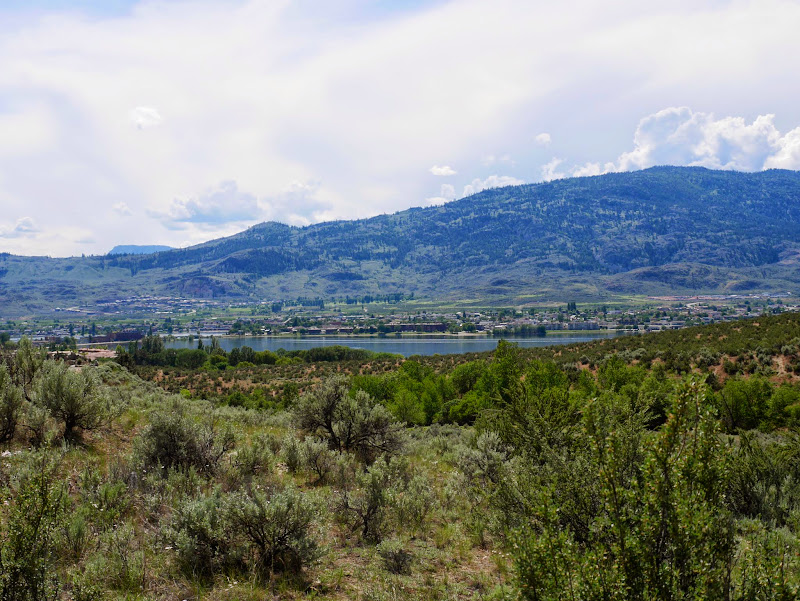 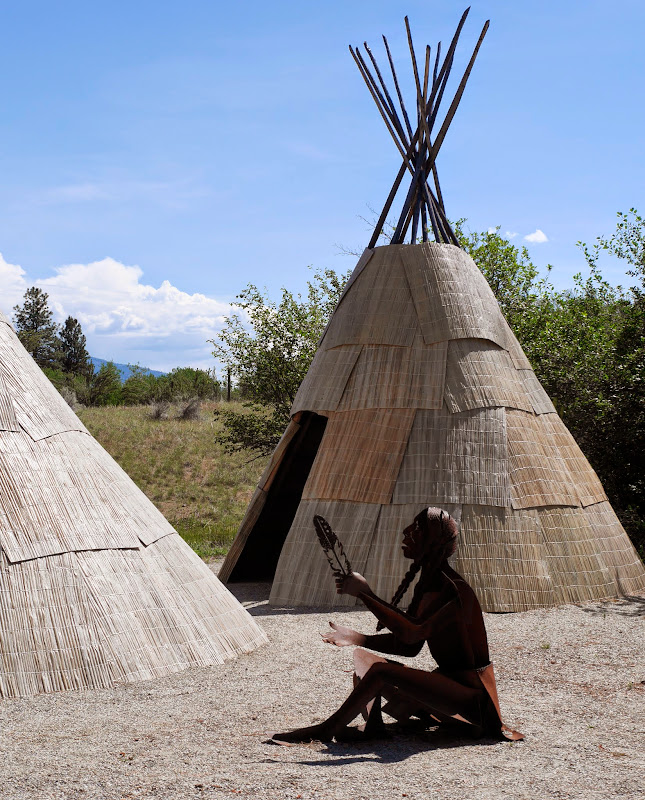 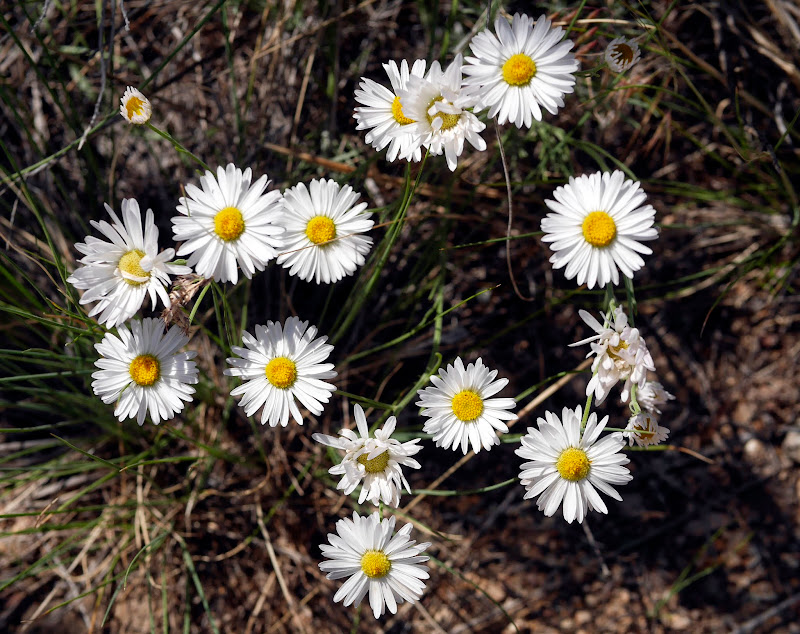 We joined our fellow home learners to explore the Nk’ MipDesert Cultural Centre (pronounce in-Ka-meep) this week. It was a sunny cloudless day in Osoyoos, BC which meant that it was hot, very hot. Our tour started with a video about the Syilx people of the Okanagan Nation. The story, named Coyote Spirit, is told though the eyes and experience of a woman who reflects back on her visits with her grandparents in the South Okanagan as a youth. The short video can be viewed here.
Our guide then showed us around the small, but interesting, gallery before going outdoors to walk along the two kilometer desert walking trail. The trail is wide and flat with signs that indicated various species of interest, similar to the Osoyoos Desert Centre. Some added points of interest along the walking trail include metal sculptures in the form of the Sylix people digging roots, fishing, sitting, tanning fur, stoking a fire… There are also several exhibits that show how the Sylix people lived and traveled.

Our tour ended with the Snakes Alive presentation. This was our second time seeing this presentation but it doesn’t get old. During the presentation a snake handler shows several wild snakes and explains how to differentiate between several Okanagan snake species. We learned that the Okanagan has seven snake species of snakes, the most common being the Western rattle snake and Great Basin gopher snake. Learning about Okanagan snakes is both empowering and helpful in removing the fear and disgust that is often associated with these fascinating creatures. Snakes can be dangerous to be sure but when left alone they are rarely a threat to us and they play the important role of keeping rodent populations at bay.

A tip for visiting the Nk’Mip Desert Cultural Centre in the summer is to prepare for extreme heat! My two little people complained during the entire walk along the trail because of the heat. Be sure to bring plenty of water, some snacks, hats and sunscreen.

You are brave. The hot sun is also a big challenge… Alice

It was a hot day! But there are many more hot days coming soon.