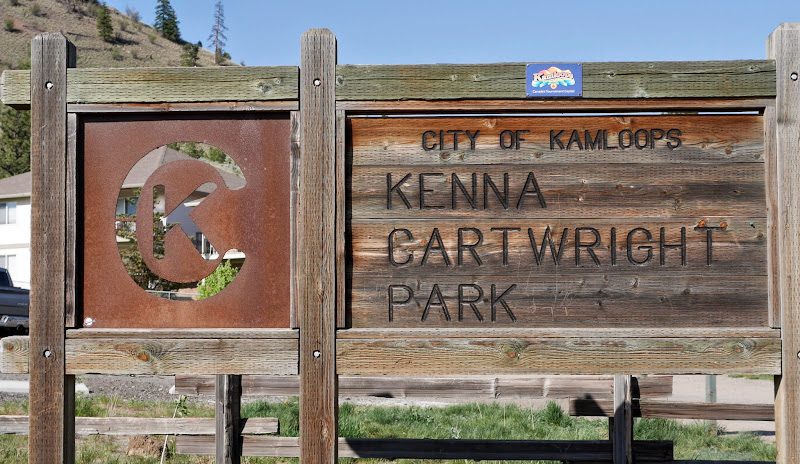 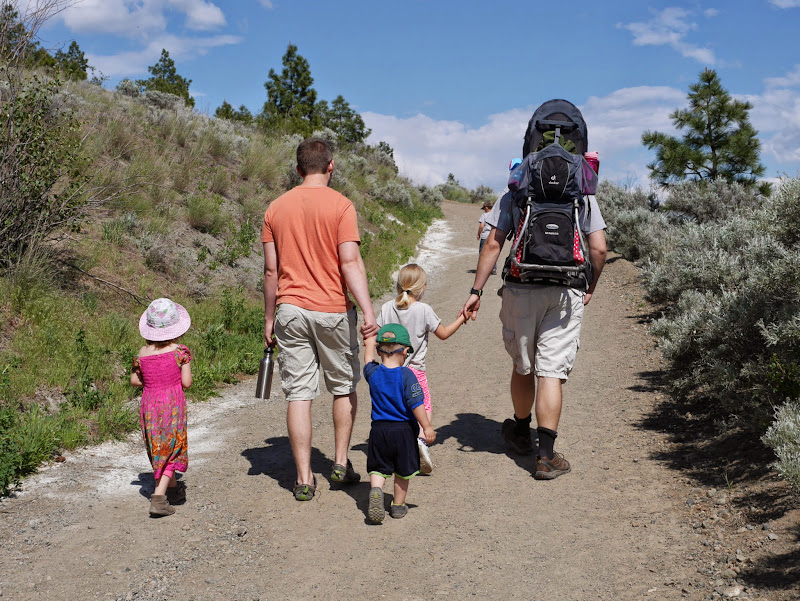 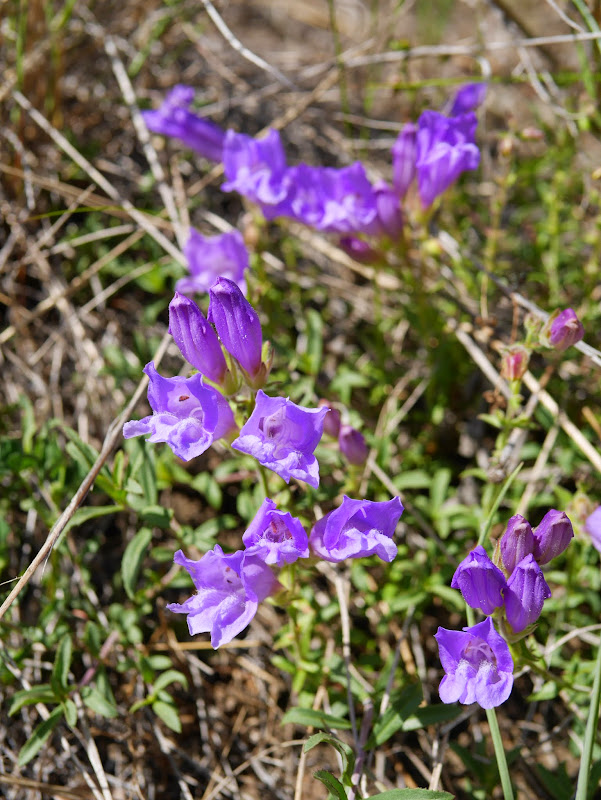 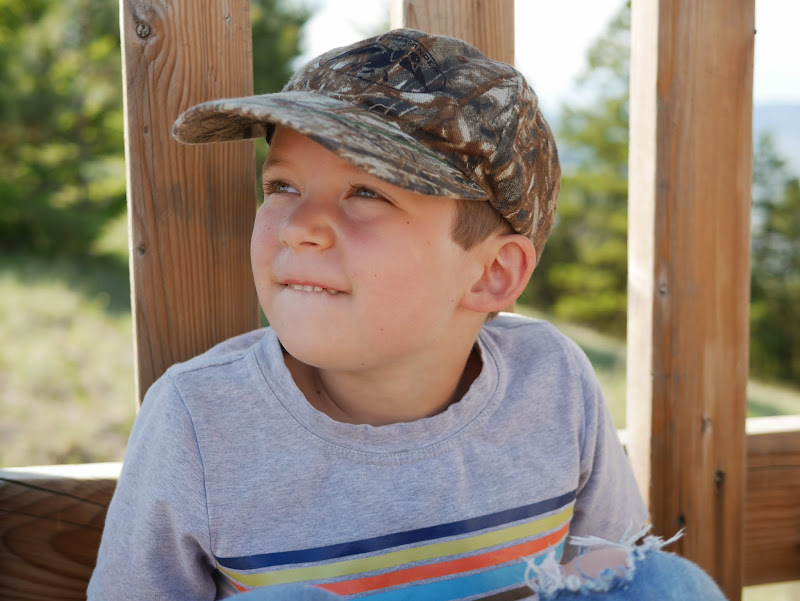 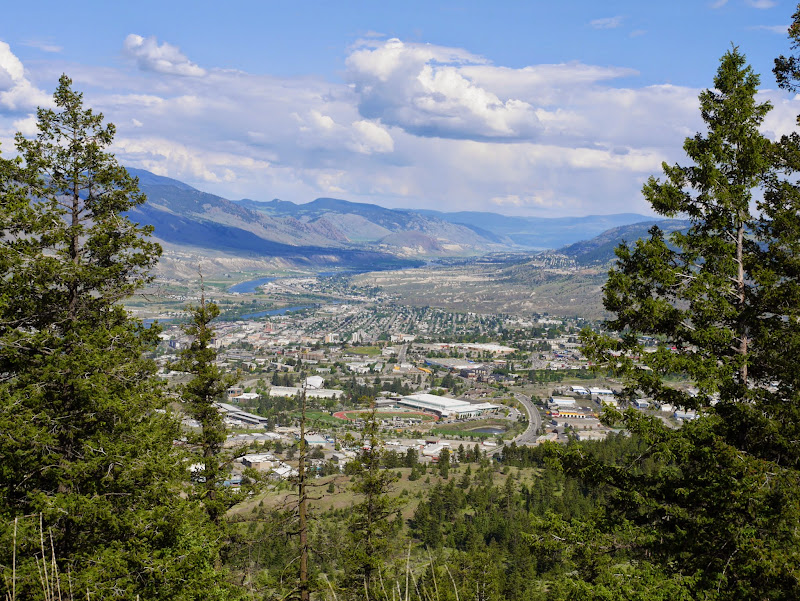 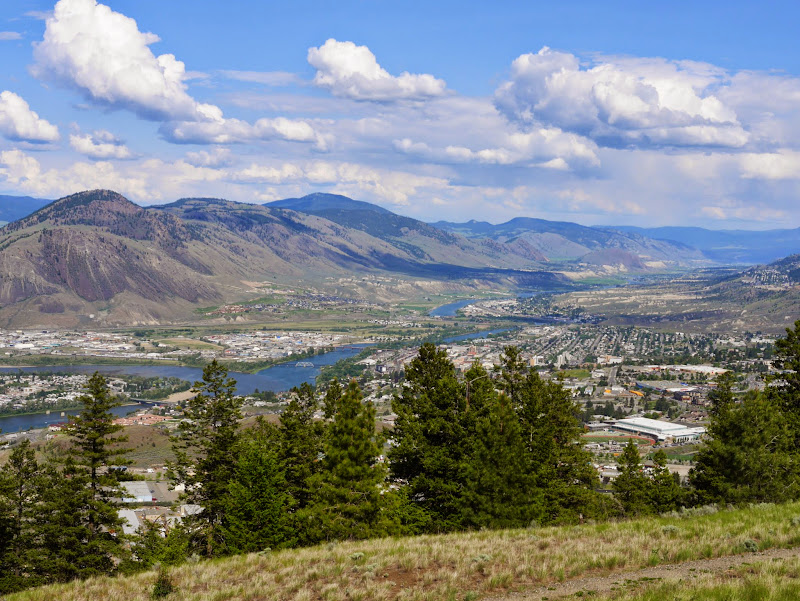 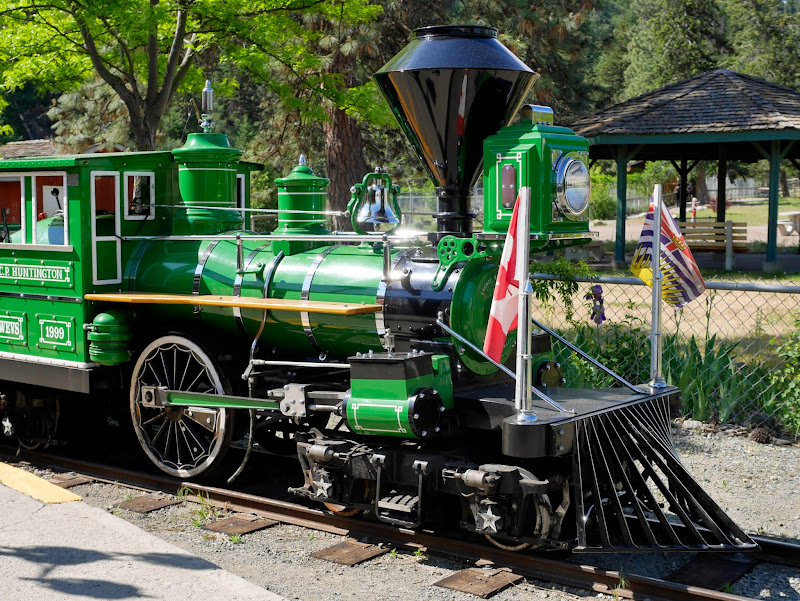 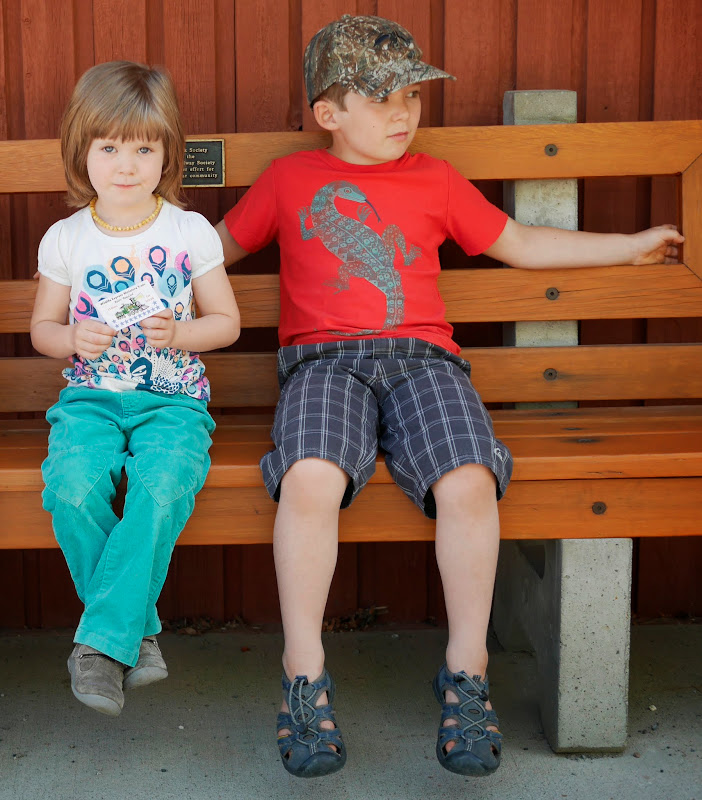 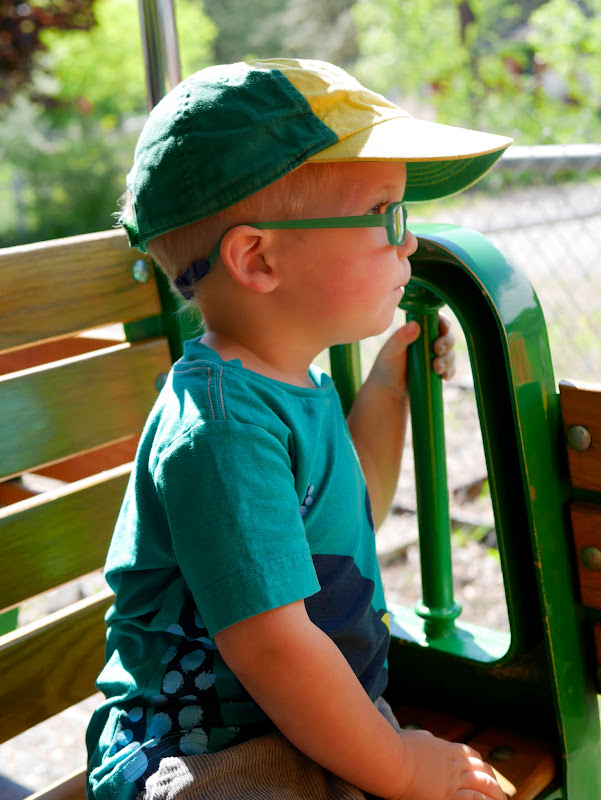 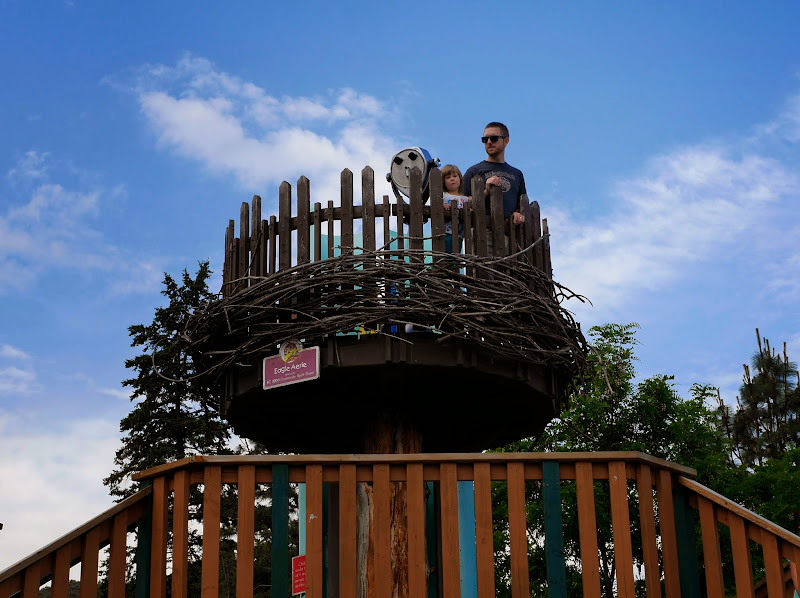 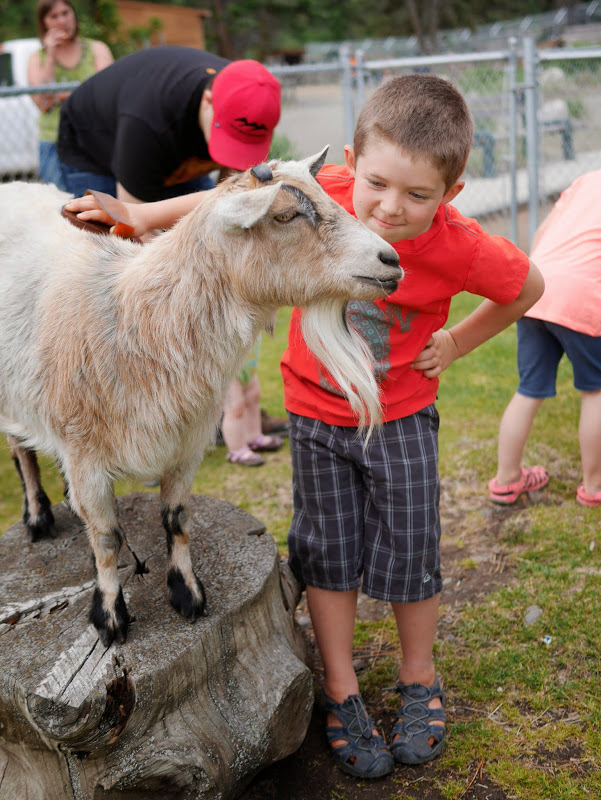 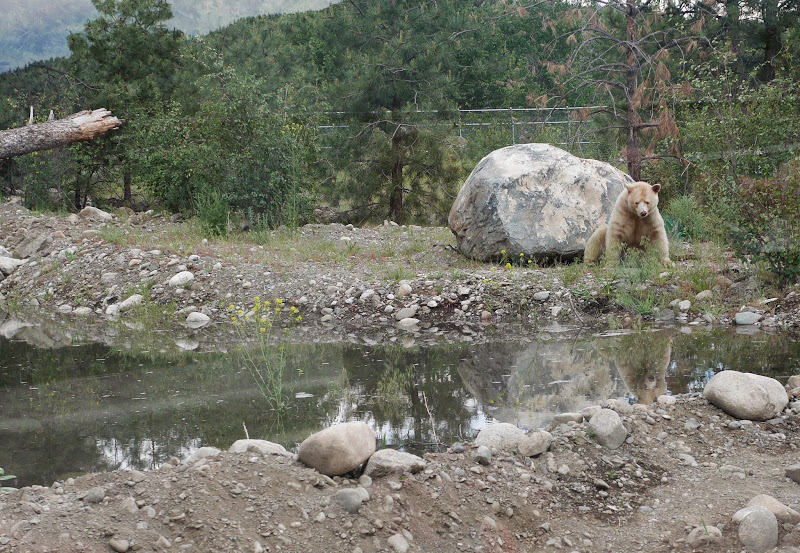 This past weekend we had the pleasure of visiting our friends in Kamloops. I enjoyed the chance to catch up with them and see how much their little ones have grown. It was also a great opportunity to unplug from the distractions of technology and do a little reading, the old fashioned way (with a book).
Soon after arriving at our friends’ home they anticipate the need to stretch our legs and took us out on a hike at Kenna Cartwright Park. The main trail is wide and flat and is stroller friendly, with plenty of smaller trails splitting off the main path. The park has a large network of trails used by bikers, runners and hikers. The wide path to the top is edged by sagebrush and leads to an amazing lookout that overlooks the city of Kamloops. When you look down upon the city you can see the point at which the North and South Thompson rivers meet, which is how this city got the name Kamloops, or Tk’emlups a Secwepemc word that means “where the rivers meet”.
We also had the opportunity to return to the BC Wildlife Park to see the newest addition: Clover, a Kermode bear, also known as a Spirit Bear. Clover is the only Kermode bear in human care worldwide, and has been the topic of much interest and debate. Kermode bears are a special and sacred animal to the first nations people along the north and central coast of British Columbia and some protection groups feel that Clover should be released back into the wild. Unfortunately, Clover was orphaned, and after two unsuccessful attempts of rehabilitation and release he was unable to reintegrate into his natural habitat. Clover is a poignant reminder of how human interaction can lead to the destruction of endangered animals and how we need to create awareness around caring for the precious ecosystems that surround us.
Our visit in Kamloops was wonderful and we hope to return again in the near future. Thank you to the R family for the lovely visit and we hope to see you again soon.
Visiting Kamloops: Kenna Cartwright Park and the Spirit Bear was last modified: May 31st, 2016 by Josée
hikeKenna Cartwright ParkSpirit BearWildlife CentreZoo
1 comment
0
Facebook Twitter Google + Pinterest

Camping and Hiking with Kids at Lake...

Seems to have been an interesting trip. Alice