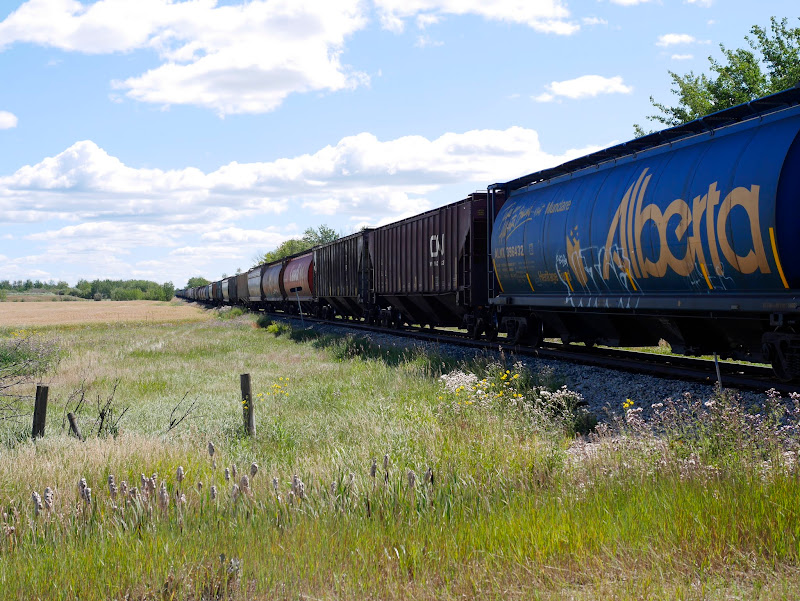 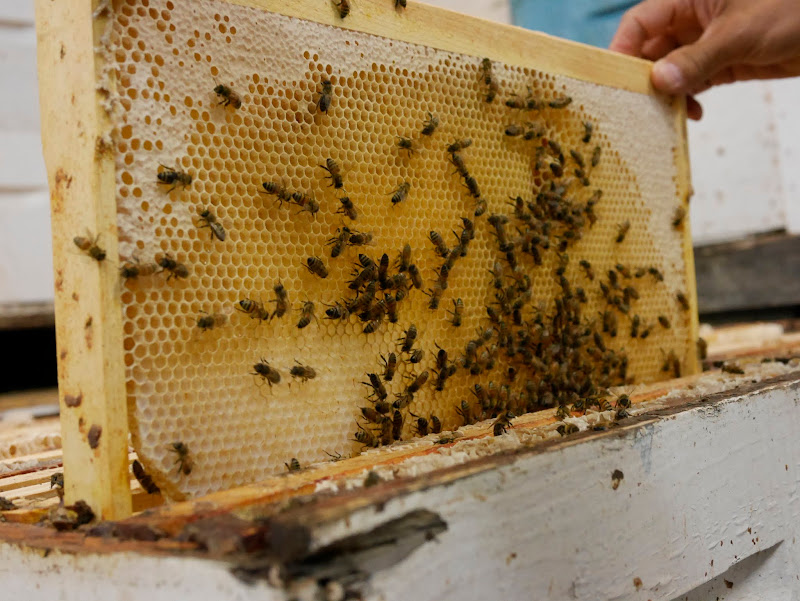 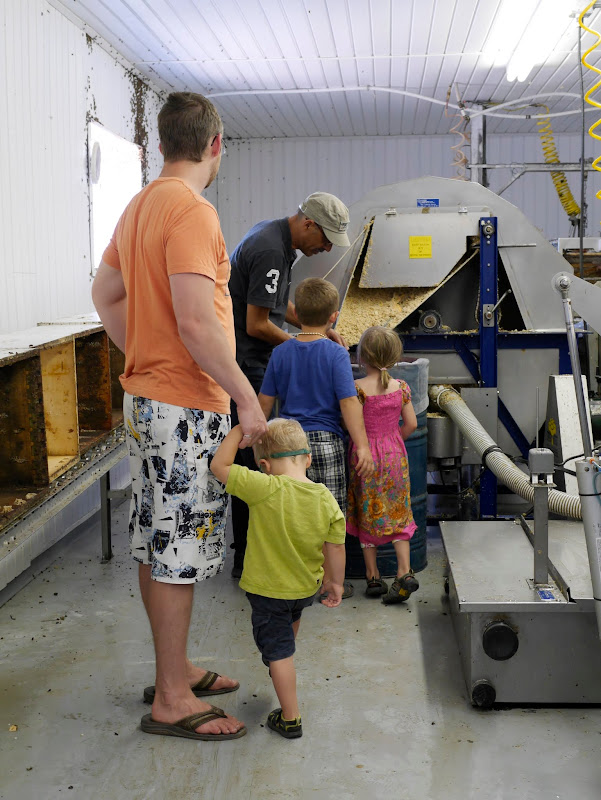 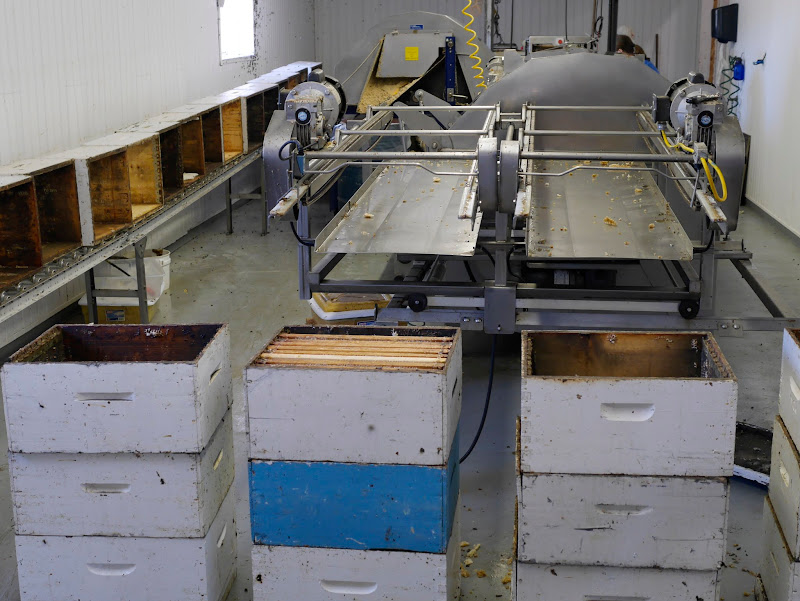 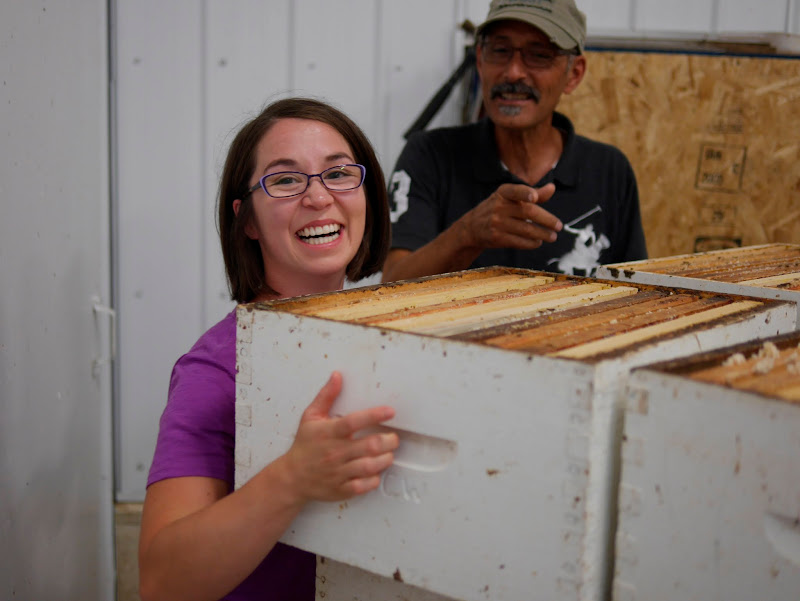 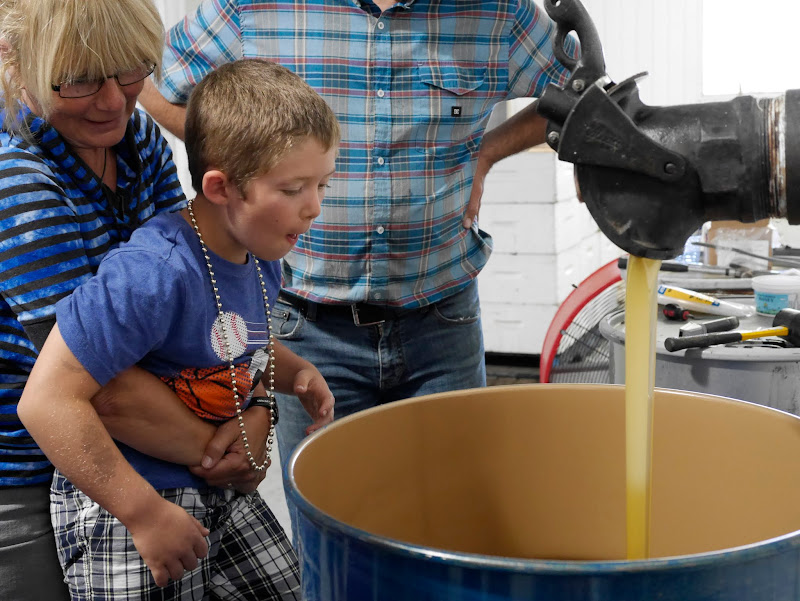 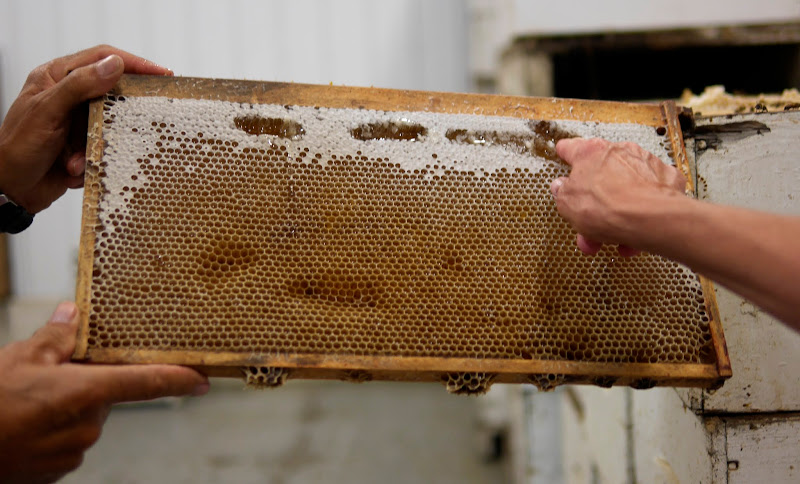 Apiaries in northern Alberta are highly successful thanks to the long summer days and the cool summer nights. The hives here produce staggering amounts of honey that are shipped domestically and internationally, to places like Japan and the United States.

We had the chance to visit MCW Apiaries near St. Isidore, Alberta on our trip up north. At one time these apiaries were owned by my husband’s uncle, Mononcle Jean. Mononcle Jean gave us a tour of the processing room and let us scrape honey right from the hive frames. The whole process area was filled with the warm smell of honey; it was intoxicating. I kept sneaking bits of comb to chew on as we watched honey being pulled from dozens of frames with the use of centrifugal force. Working at a large scale honey farm is backbreaking work. Honey is heavy stuff and hauling honey filled hive boxes day after day is exhausting. I could barely move one hive box on my own!

I have had a fascination with honeybees for a couple years now and touring these apiaries has rekindled my desire to own a couple hives. I have been trying to convince my husband, without much success, that keeping hives would be a wonderful experience but he is hesitant to jump aboard yet another one of my crazy ideas.

I think I agree with your husband. Don't you think that you have enough to do?? Ha! Ha!. Love. Alice