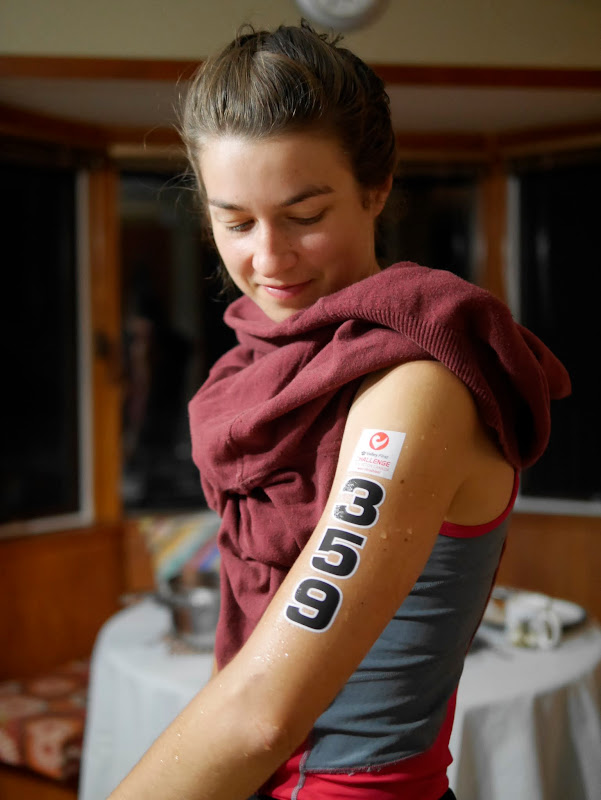 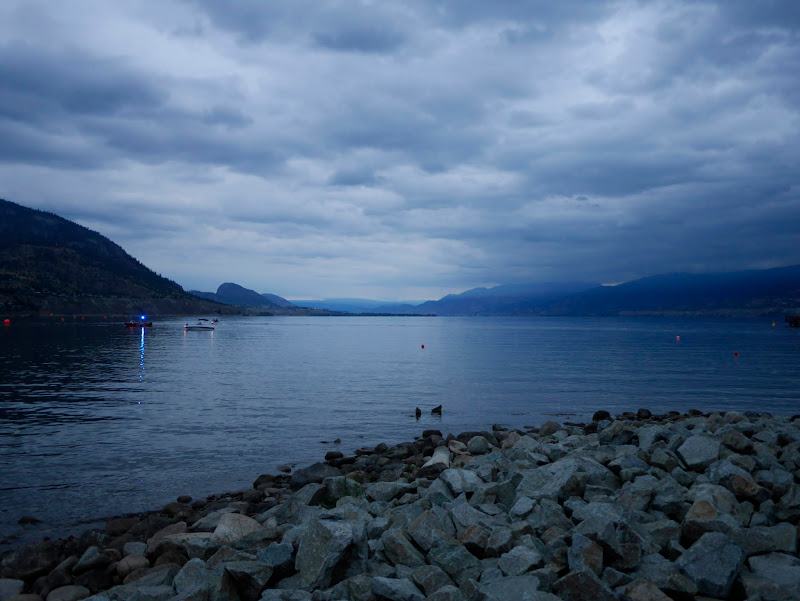 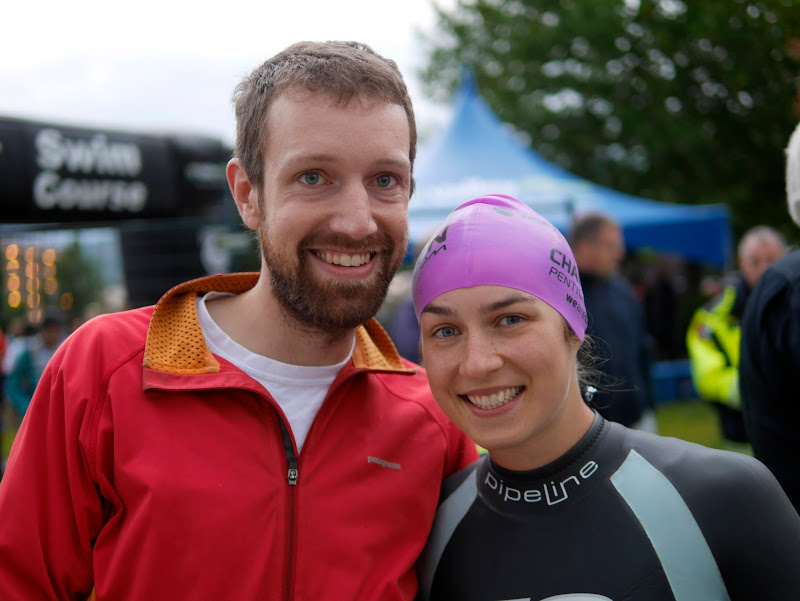 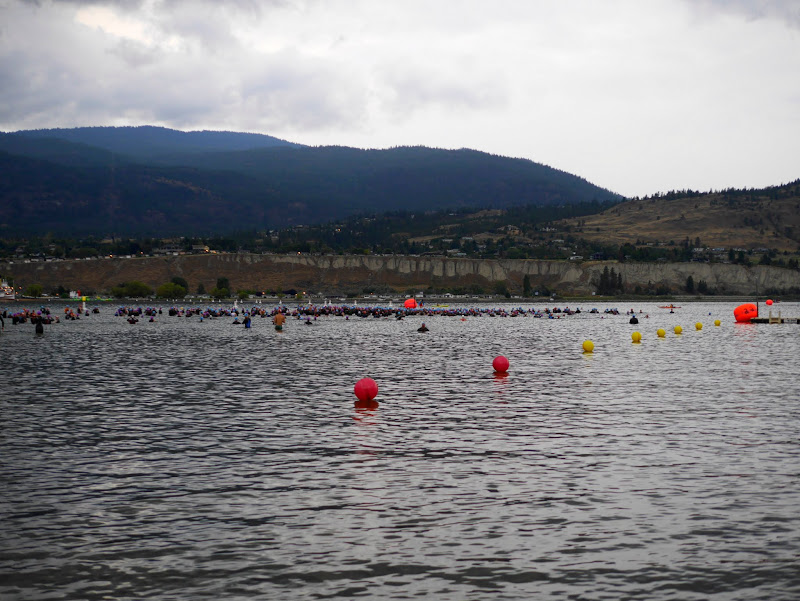 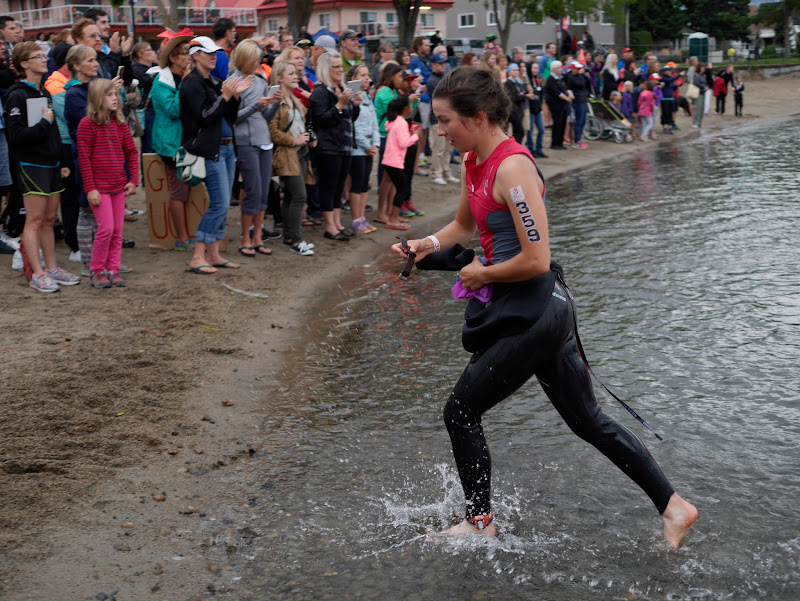 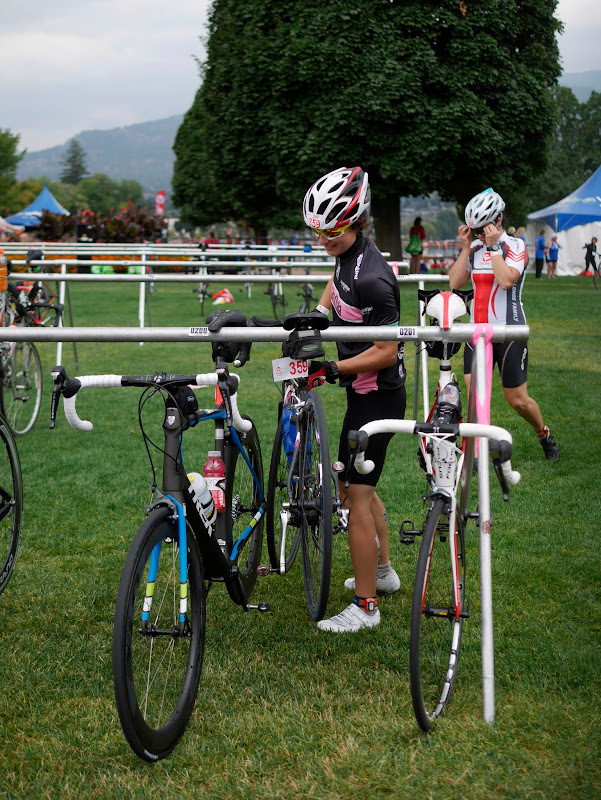 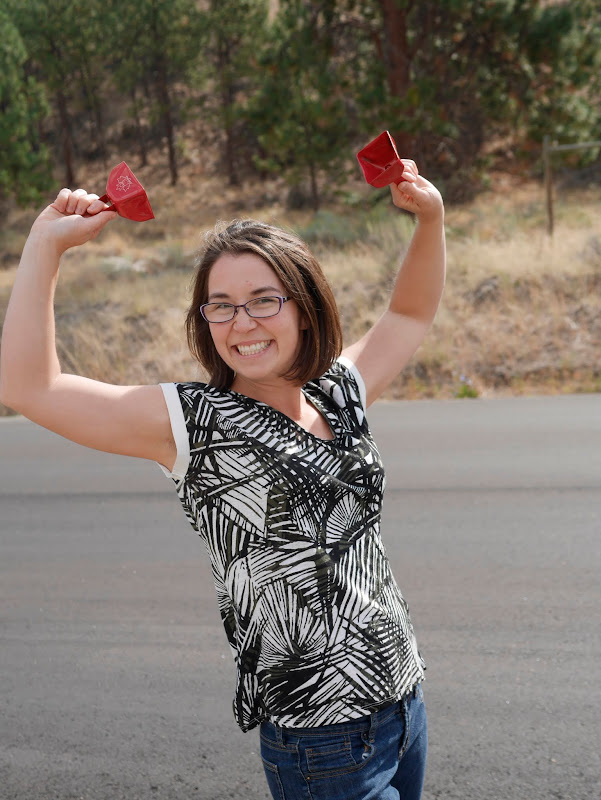 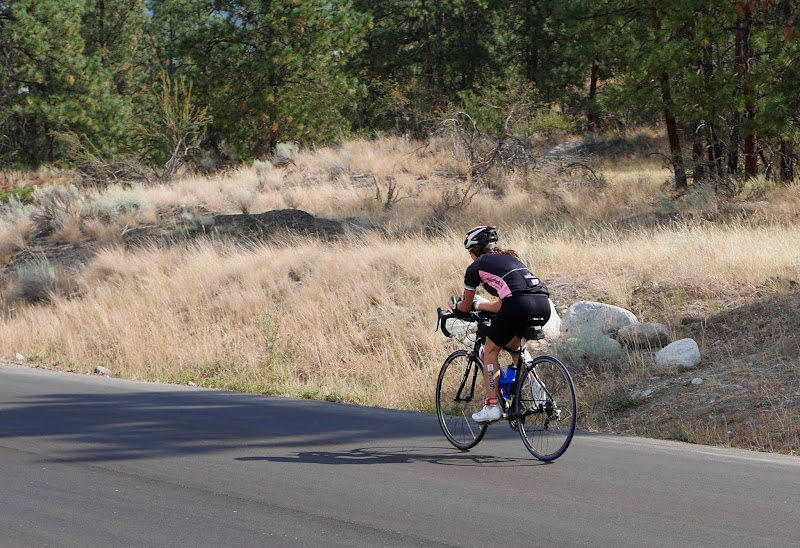 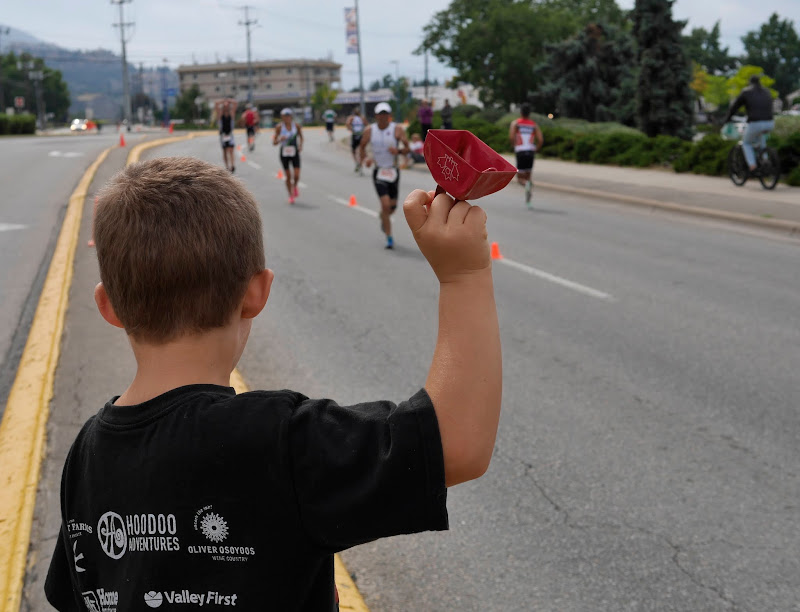 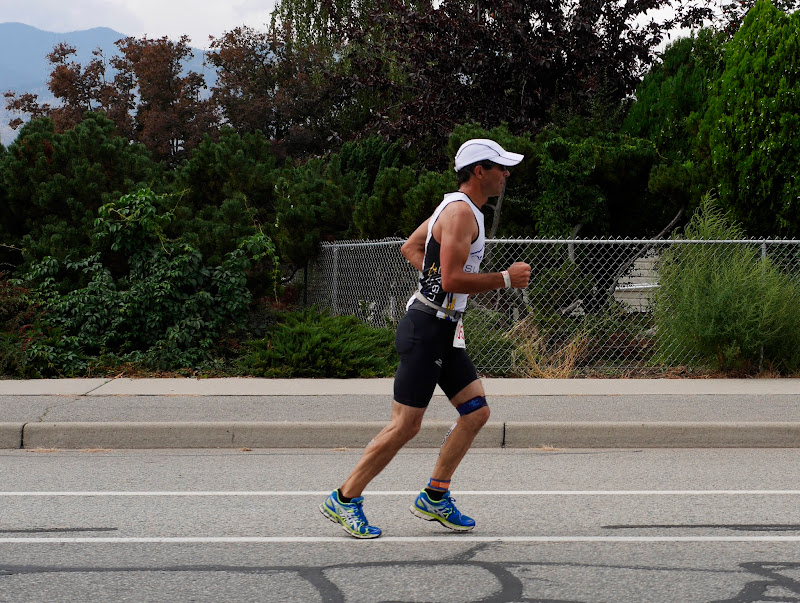 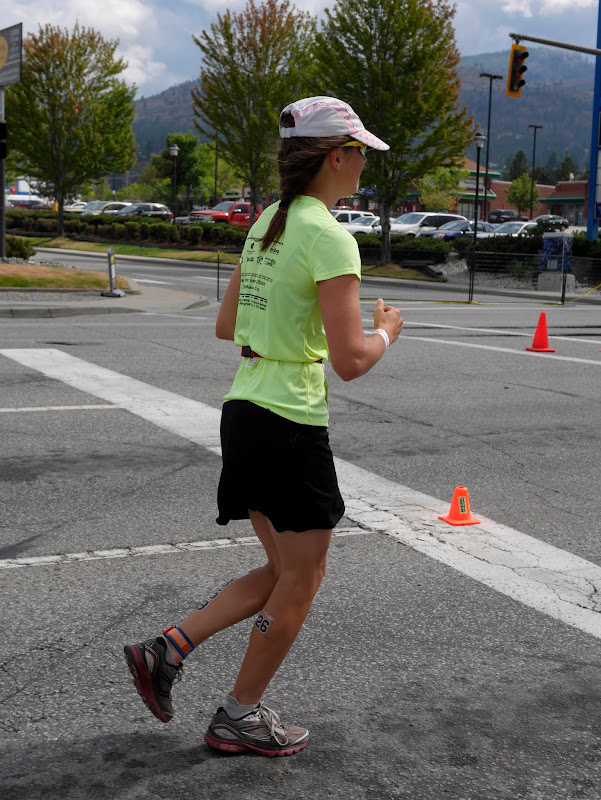 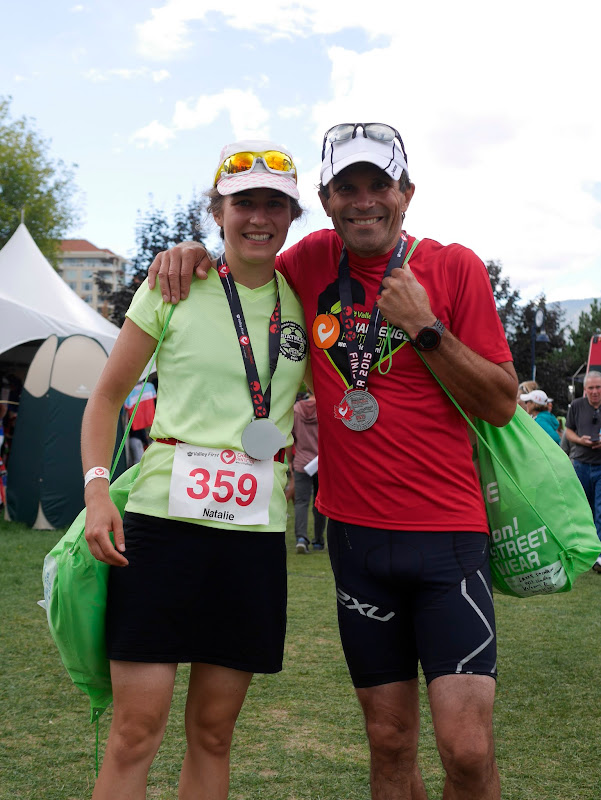 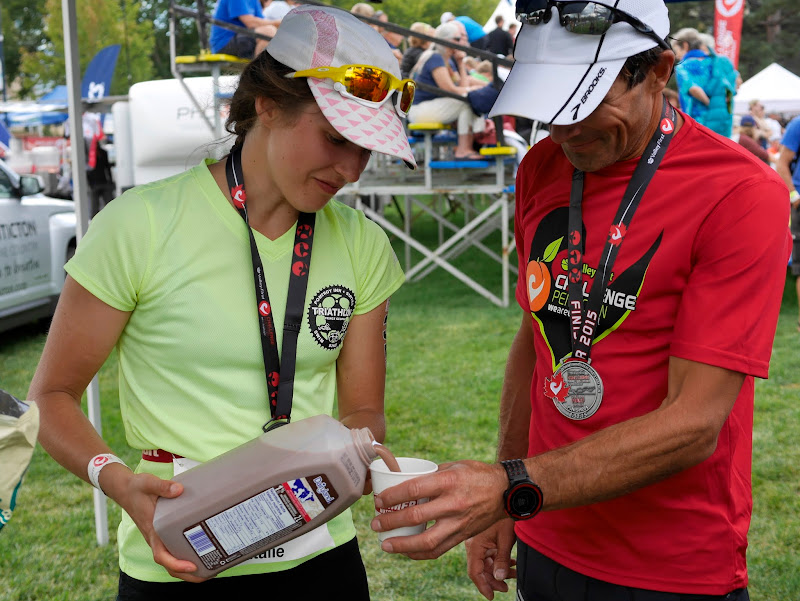 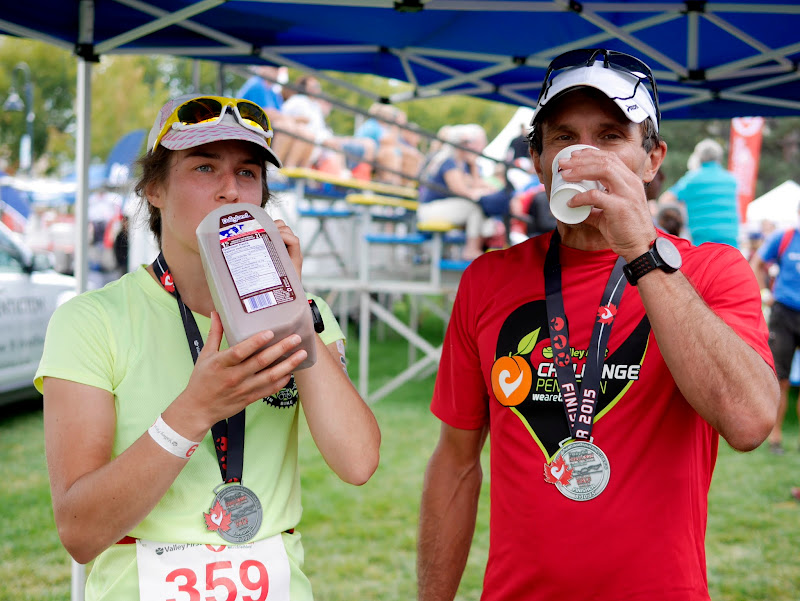 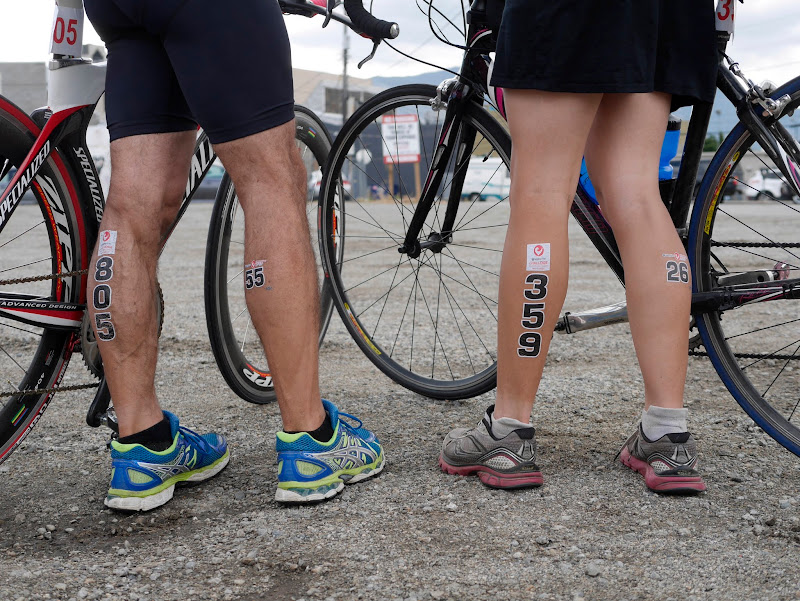 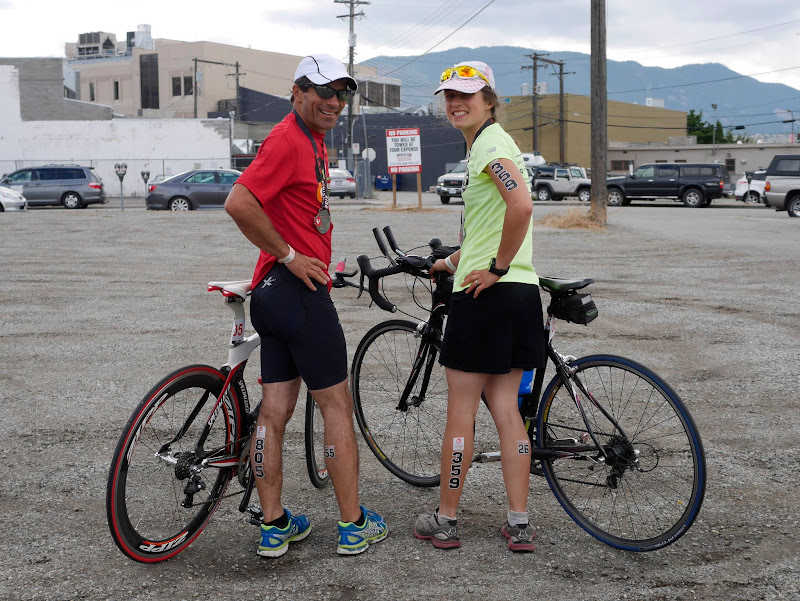 The race starts on the shores of Okanagan lake in Penticton where athletes swim in its cool deep waters. Then they bike south along Skaha lake, Vaseaux lake and as far south as Osoyoos for some then over Richter’s pass and through the lands of the Similkameen and back to Okanagan lake. The race doesn’t end there, however, next comes the run, of 21.1km or 42.2km. It is grueling race! For maps of the race click here.

This year both my father and sister registered for the half challenge race. The week leading up to the race had us anxiously watching the smoky skies. The Okanagan has been blanketed by thick smoke for the last week and every day we hoped for clear skies. Even the day before the race smoke still lingered. Thanks to a change in the weather the air cleared by Sunday morning. In its place dark clouds hung low with the promise of rain. Despite a heavy southerly wind in the morning and some on-and-off rain, the weather was actually quite nice for the race.

As part of the athlete support team, my brother-in-law and I woke up at four-thirty in the morning to prepare waffles. The early morning wake-up also included preparing the athletes nutrition (sandwiches), helping with their number tattoos and driving them to the start of the race. We cheered them on various points along the race. I was a very exuberant cheerleader, which my children found quite annoying, but most athletes found amusing. It was a busy and fun day. Both my father and sister completed the half-challenge and were still smiling at the end. My Heroes!

An Evening Ride Along the Myra Canyon...

Tips for Bringing Little Children to a...