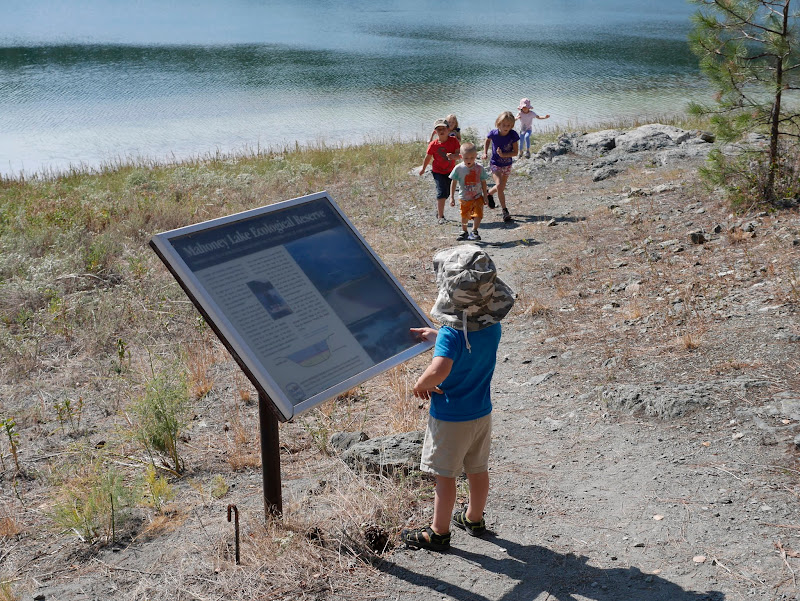 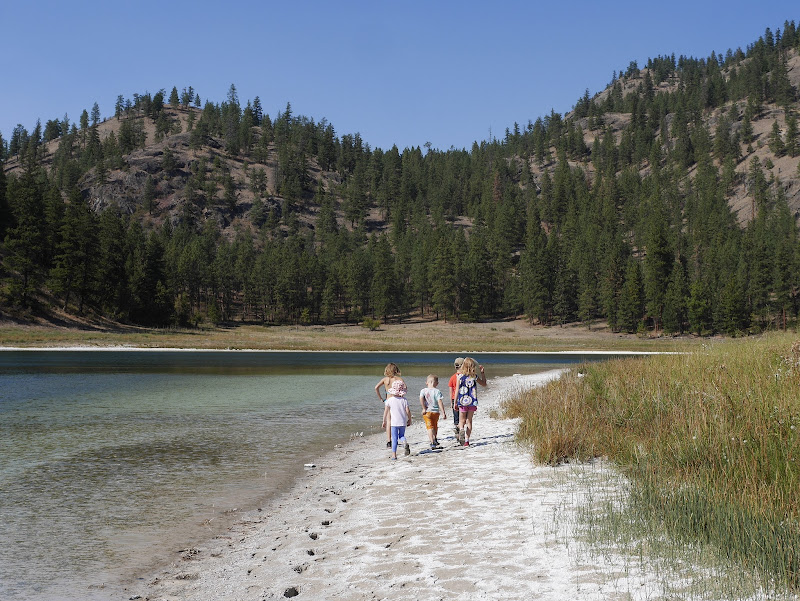 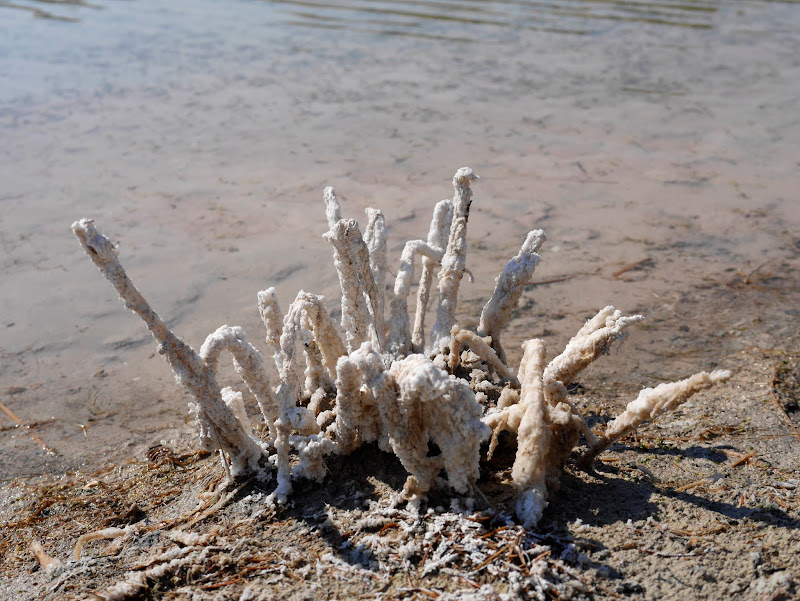 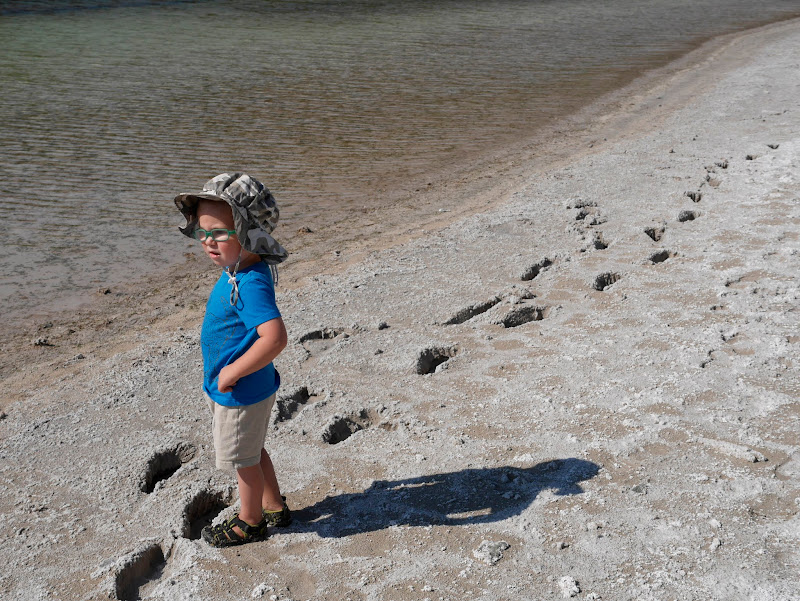 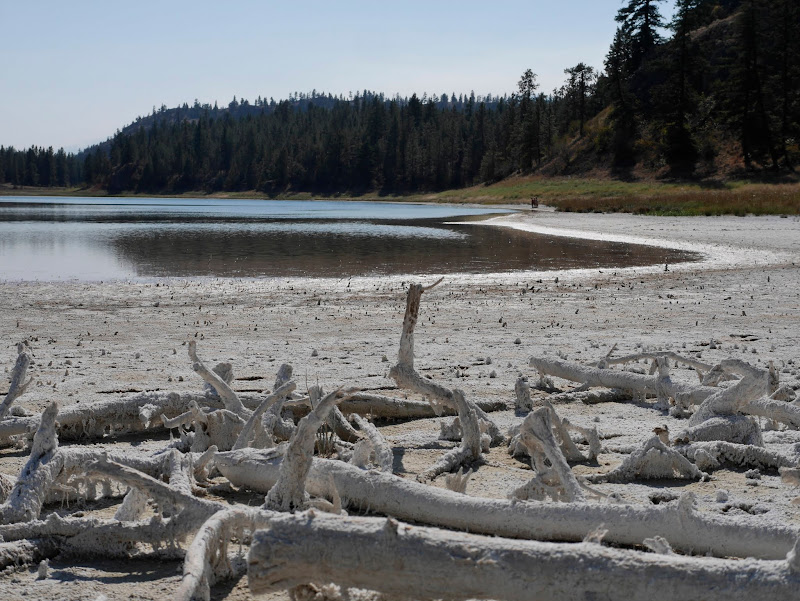 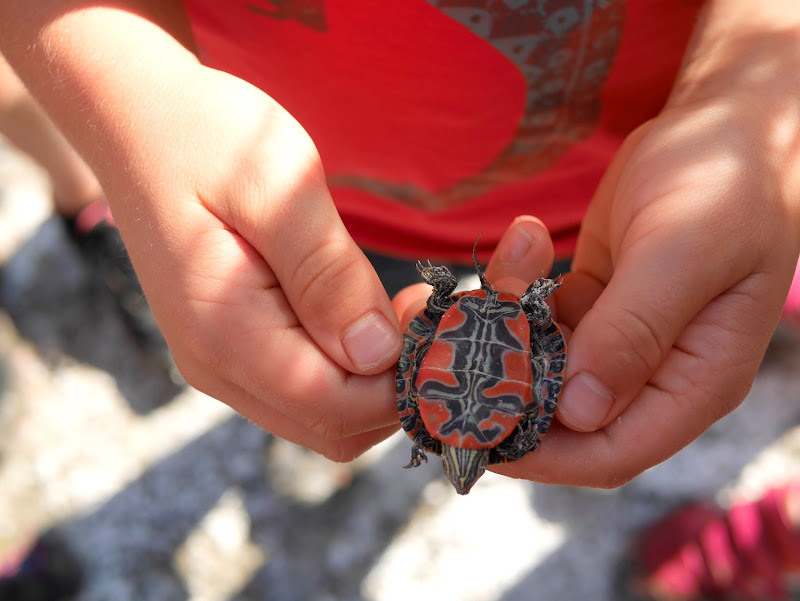 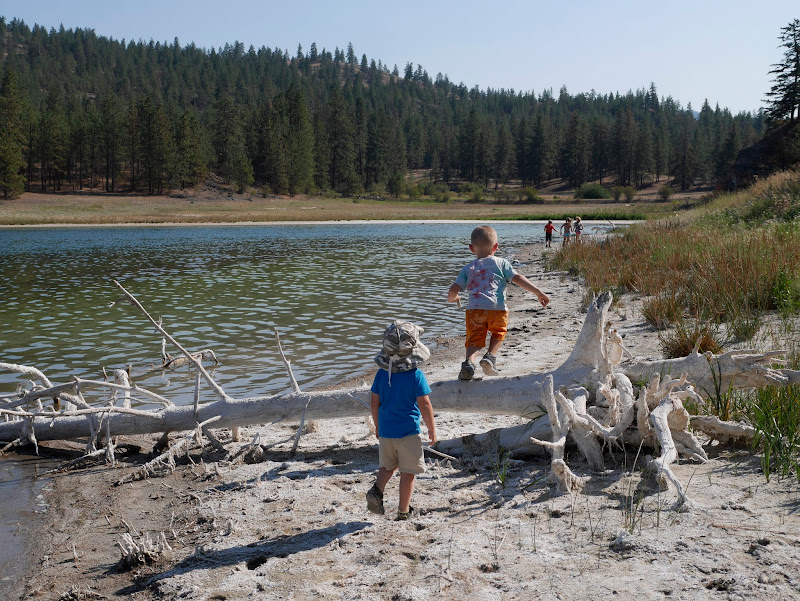 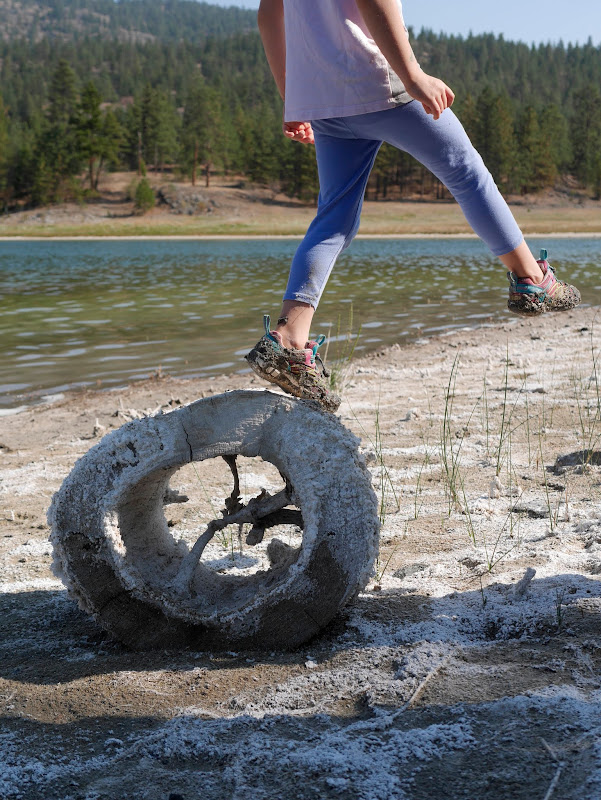 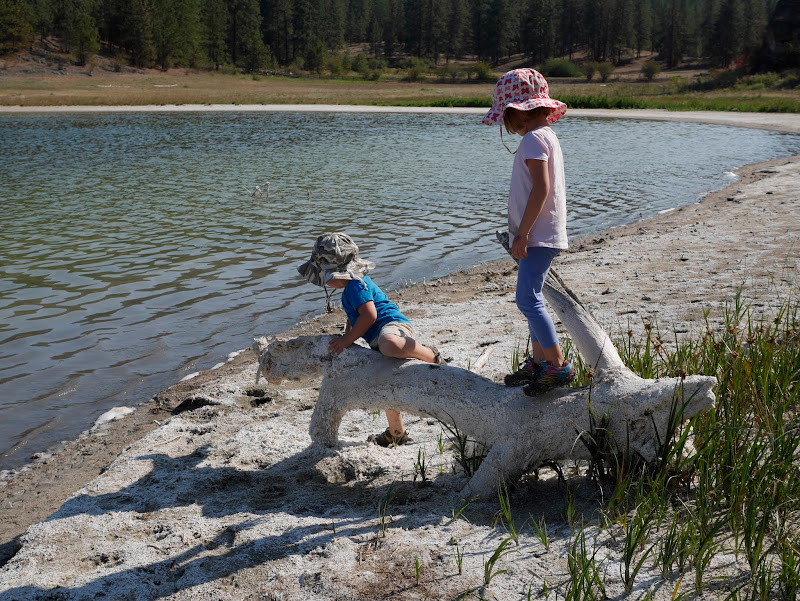 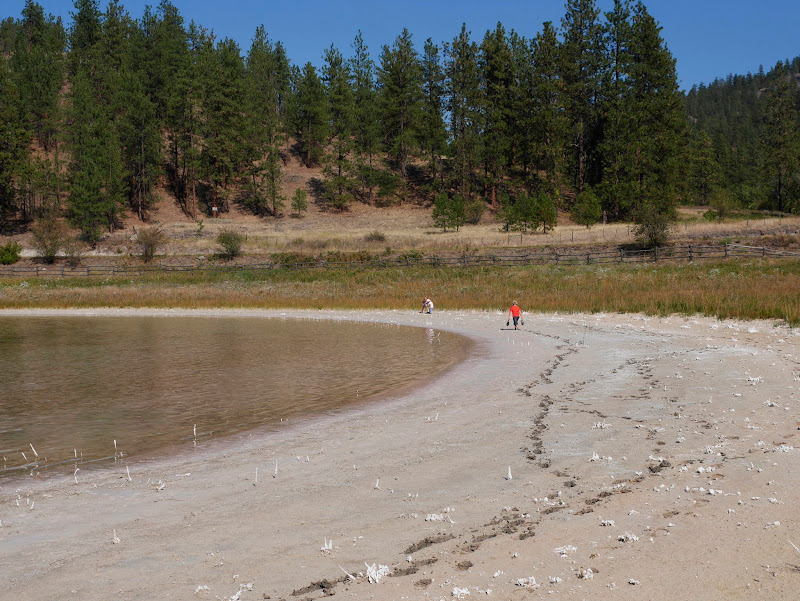 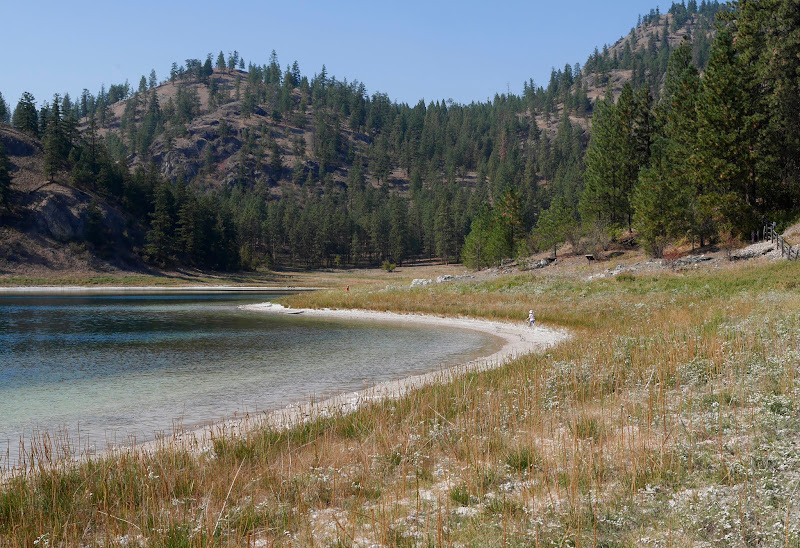 Mahoney lake is a very unique lake located about 6 kilometers south of Okanagan Falls, British Columbia, via Green Lake Road. What makes this small lake special is that it is very saline (salty) and alkaline (basic). These unique features are a result of the watershed surrounding the lake, the lack of water flow out of the lake and the process of evaporation.

This salt water lake is an ecological reserve, a protected area. There is a small parking spot by the entrance to the area, which looks like a pull-out, and has enough room for about three, maybe four cars, to park at. Upon entering the area there is a board the explains the significance of the area and asks all visitors to be respectful of this unique lake. The trail then goes up to the shore line of the lake and ends there.

An interesting feature of Mahoney lake is that is has distinct layers. The top layer is clear and is able to support various forms of life. The middle layer is what excites scientists and researchers the most. At about a depth of eight metres there is a layer of purple sulphur bacteria that forms into a thick plate and cover the entire area of the lake. Apparently, it is one of the most impressive layers of purple sulphur bacteria in the world. The bottom layer of the lake is practically inhospitable, being more saline than the sea, and quite warm. Only certain types of bacteria that can live without oxygen live in the bottom layer.

We choose to walk the perimeter of the lake and observed several interesting things along the way. The lake was quite low this time of year and there was plenty of shore to walk along. What we did not anticipate was the consistency of the shore. Somewhere between playdough and clay our feet were constantly sinking into and getting stuck in its strange soft bouncy texture. Every child lost their shoe at least once, eventually most gave up on their shoes and opted to go barefoot. If you don’t want to be sinking into the muck then you could walk in the grass along the shore, but I would recommend wearing pants and good hiking shoes as there are plenty of prickly brambles in the grass.

The children were fascinated by the white salt that covered the shores and the interesting salt formations along the water’s edge. We also found a salt preserved baby turtle, poor thing. There was plenty of fresh bear scat, and animal tracks on the water’s edges. Because of the consistency of the shore the tracks were very visible and would make some fabulous tracks to cast. The grass area surrounding the lake was covered in small bushes of white daisy-like flowers, which I do not know the name of. I should also mentioned that we did not notice the purple layer in the lake but after speaking to a local I learned that there are certain times of the year, around spring possibly, where the purple layer is more visible.

Mahoney Lake is named after my great grandfather John Mahoney who pre-empted Lot #521 on February 10, 1908.

How interesting! That you so much for sharing this bit of family history. Mahoney lake is a very special lake, what a beautiful way to remember your great grandfather.

I’m so grateful for your history!