What I’m Reading in September 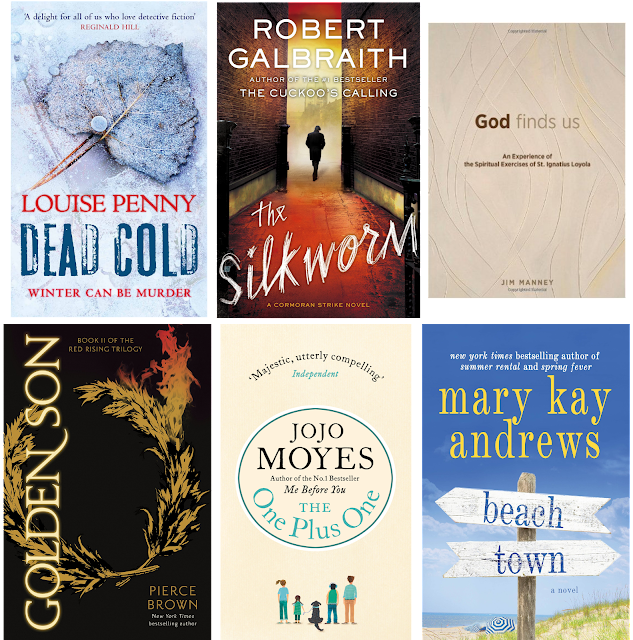 The Silkworm by Robert Galbraith
This is the second book of the Cormoran Strike detective series by Robert Galbraith. I started this book with no preconceptions or expectations. You see, I have not read the first book The Cuckoo’s Calling nor was I aware that Robert Galbraith was the famous author of the Harry Potter series J.K.Rowling. I did not even realize that the book was a crime detective novel until several chapters in. It did not take long, however, to become acquainted with the protagonist, Cormoran Strike. Cormoran is a hulking fellow with a missing lower leg. Now no longer in the army he is a private detective taking all sorts of odd jobs to make a living. The Silkworm begins when the wife of missing novelist Owen Quine seeks out Cormoran for help in finding him. Owen Quine is a tempestuous man and known for his eccentricities and disappearing acts. The story goes along at a nice readable pace until the missing novelist is found brutally murdered. Then there is a desperate need to solve this gory murder before the wrong person is convicted. An interesting plot with gritty characters and enough gore to keep me awake at night.

One Plus One by Jojo Moyes
Jessica Thomas is a single mother to a reclusive and bullied stepson, Nicky, and a math prodigy daughter, Tanzie. She works several low paying jobs to make enough money to pay the household bills. Ed is techy who started his own business with his buddy. Now his business is about to go big but after a big mistake he is being pinned for insider trading. The story begins with Ed laying low and sulking in his vacation home where he first encounters Jess, his house cleaner. Sparks fly, but the wrong kind. When a scholarship is offered to Jess’ daughter to attend a private school it seems that something right is finally happening for their family, but Jess still does not have enough money to cover the remaining tuition cost. Then her daughter has the chance to take part in a math contest, and the prize is 5,000 pounds. Through a series of events Ed offers to take Jess, Tanzie, Nicky and their smelly dog on a long road trip to the math contest. A heartfelt book about trust and unconditional love.

Beach Town by Mary Kay Andrews
Greer Hennessy is a location scout, and after a disastrous previous job she is determined to find the perfect location for her producers upcoming film. When she finds the perfect spot, a sleepy Florida town, the major Eben Thinadeaux is less that keen to have a film there. The plot is reliably chick-lit, a bit too predictable for me.

God Finds Us: An Experience of the Spiritual Exercises of St. Ignatius of Loyola by Jim Manney
After reading A Year of Living Prayerfully I felt it necessary to pursue my interest in improving my prayer life. I picked out God Finds Us rather randomly at my library and have been surprised by the words of wisdom in this small books. The book, it seems, is akin to a novel study guide, the novel itself being the Spiritual Exercises of St. Ignatius of Loyola. I have not read St. Ignatius’ book and I believe that if I did I would get a lot more out of God Finds Us. Therefore, I may backtrack a bit before finishing this book.

Dead Cold by Louise Penny
Dead Cold is the second book of the Chief Inspector Gamache detective series. I read the first book, Still Life, in August. There are quite a few things that I enjoy about these books. The first is the small fictional town of Tree Pines located in eastern Quebec. This small town seems magical, and with all its heartwarming characters it is difficult to believe that murder would happen in such a place. But it did, in the first book, and does again in the second. I also appreciate, especially after reading The Silkworm, how unoffensive the murders are in their descriptions. Don’t be fooled though, there is still plenty of suspense to be had.

Golden Son (The Red Rising Trilogy, Book 2) by Pierce Brown
The second book in the Red Rising trilogy. My husband finished reading this before I had the chance to start. He has warned me to be prepared to be engulfed by its story, so because I can’t afford an all-nighter right now I am keeping this one for a little later this month.