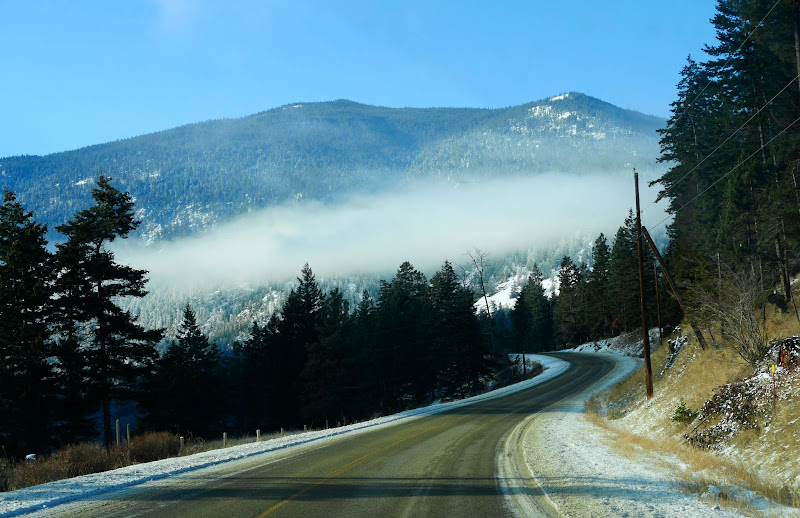 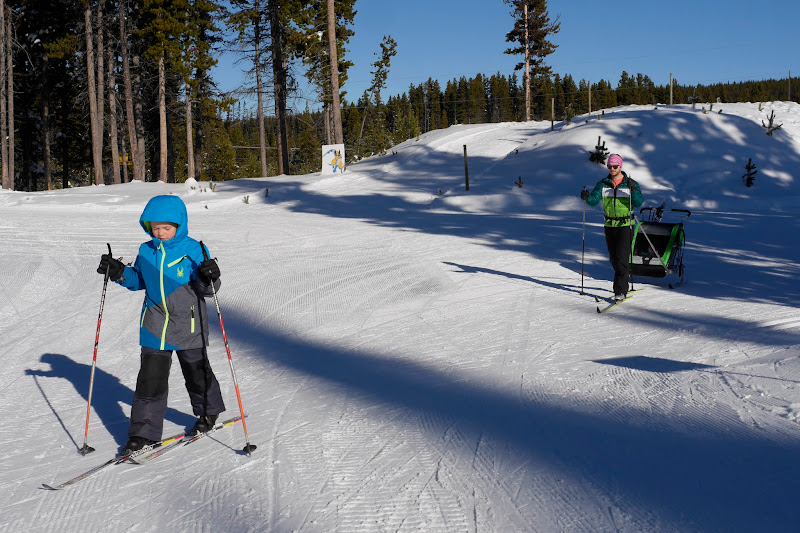 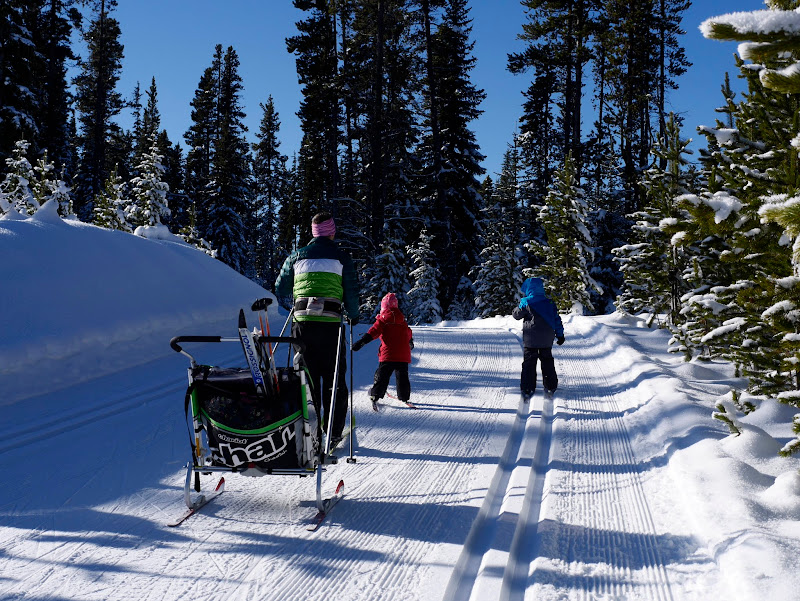 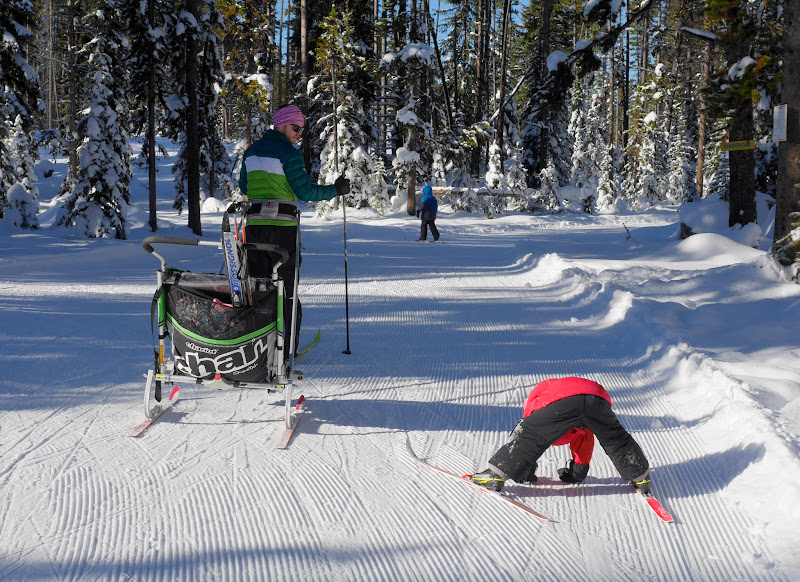 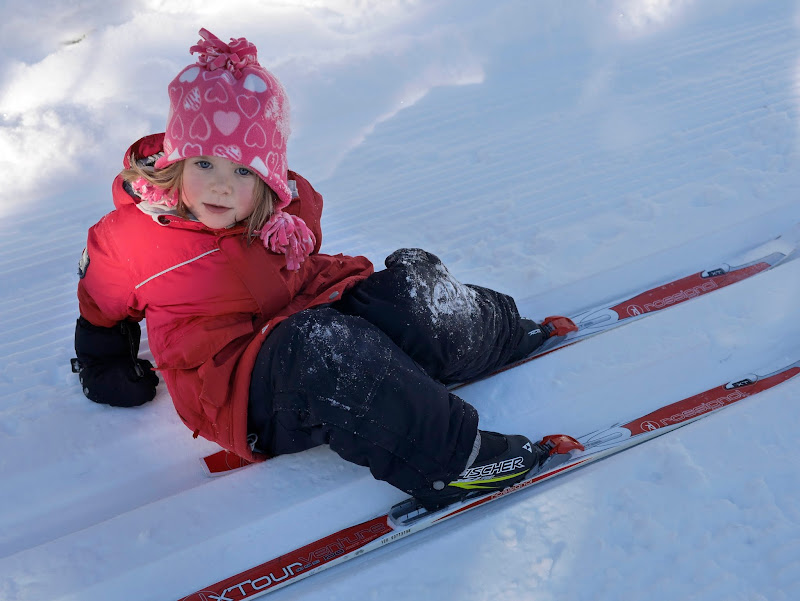 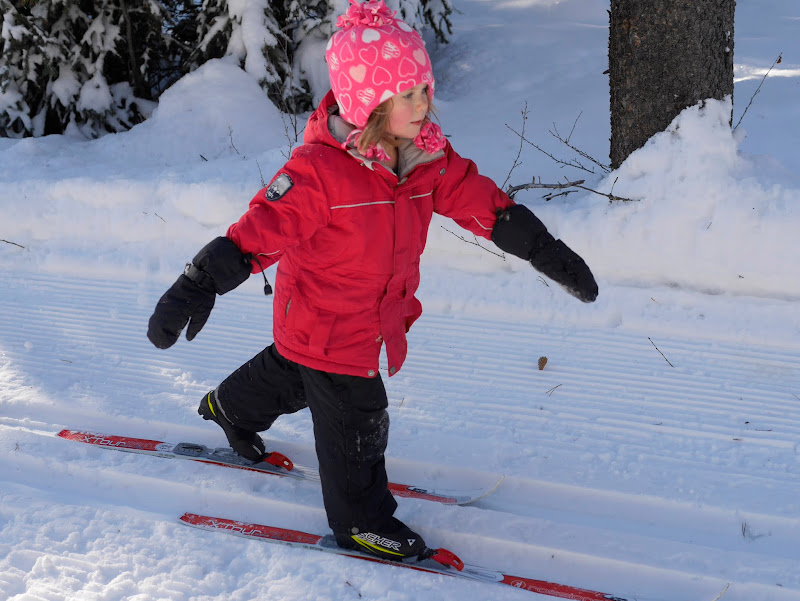 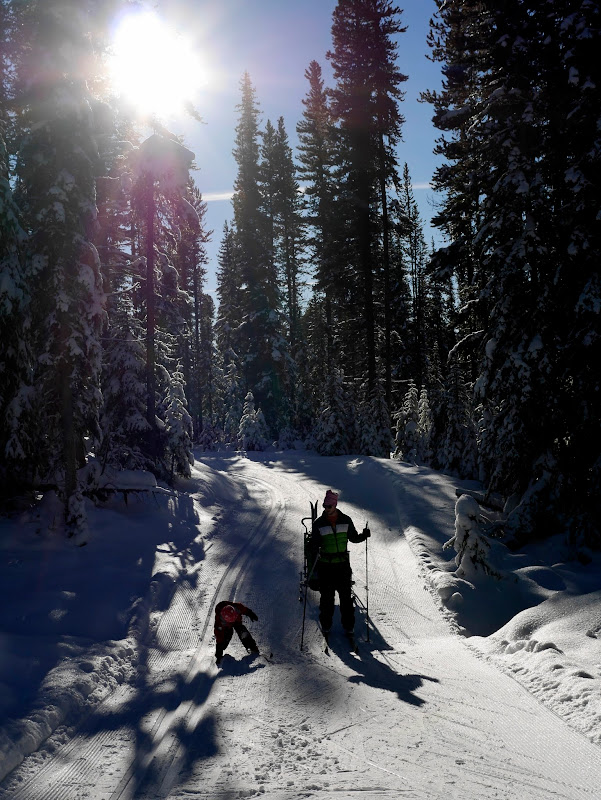 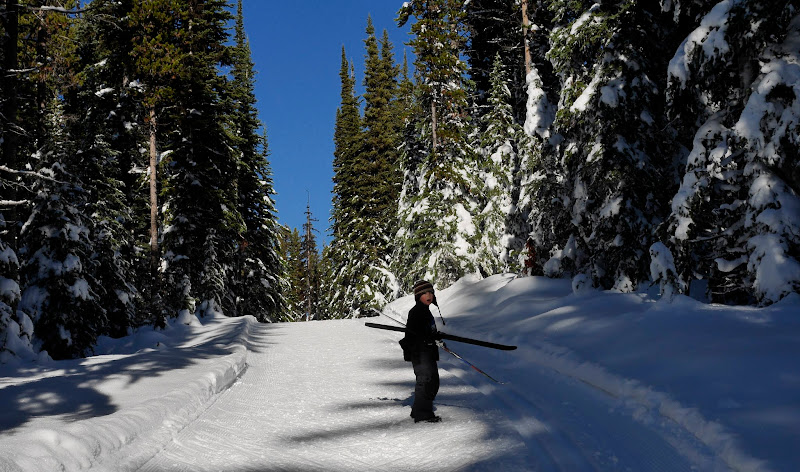 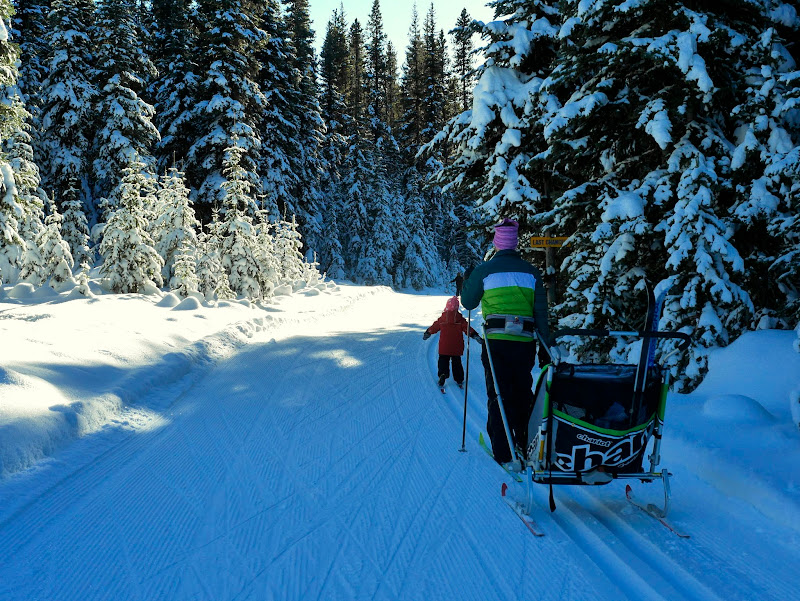 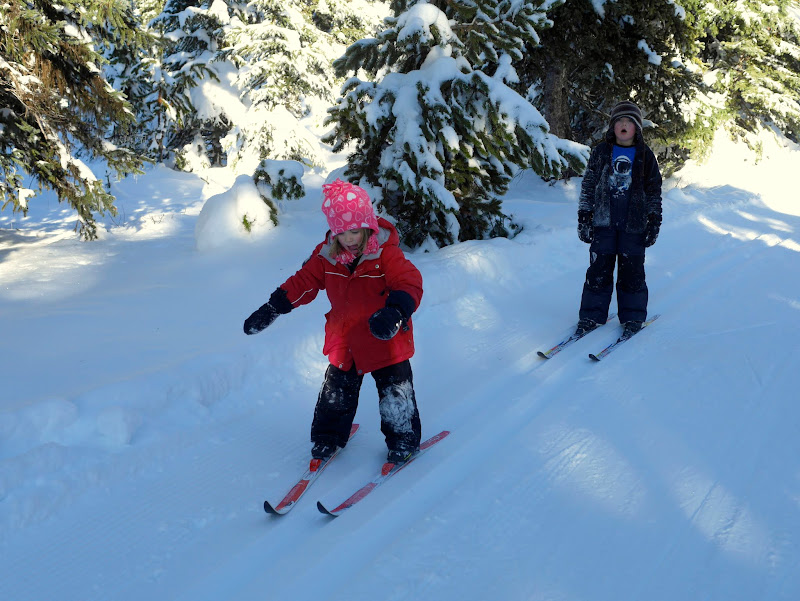 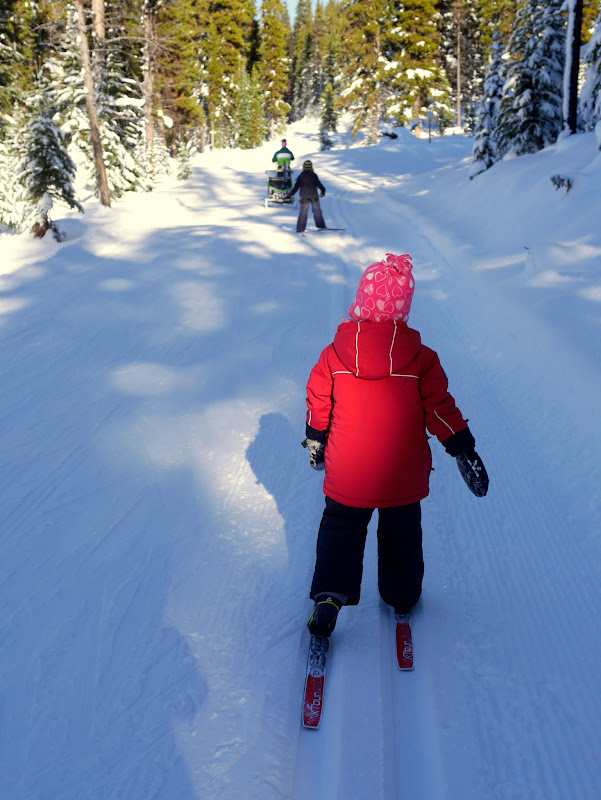 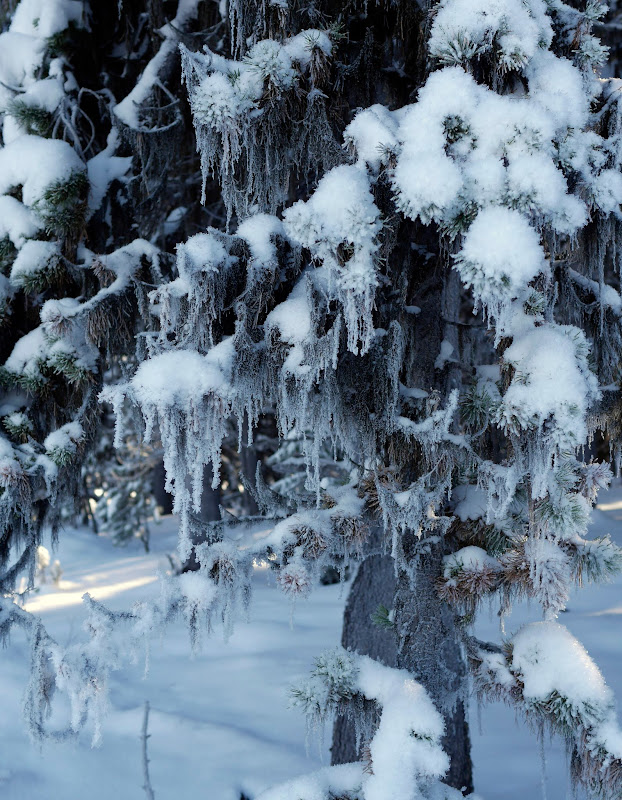 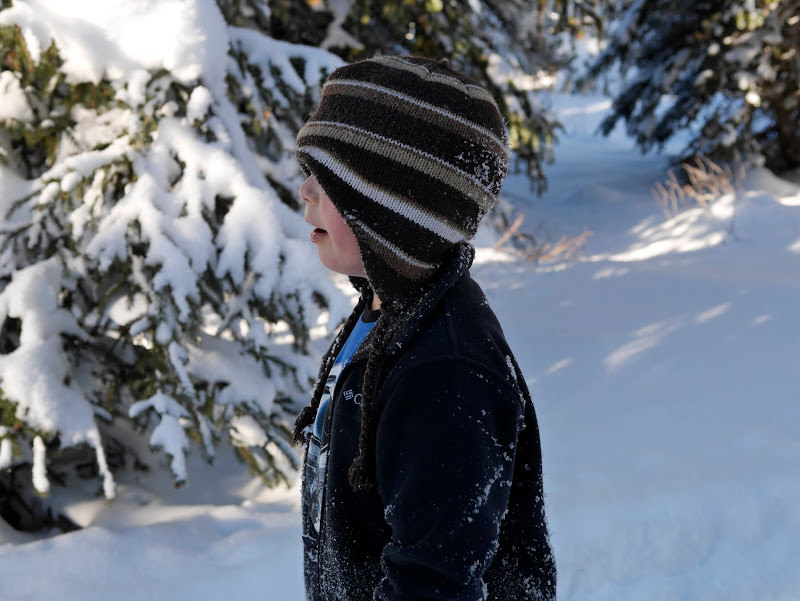 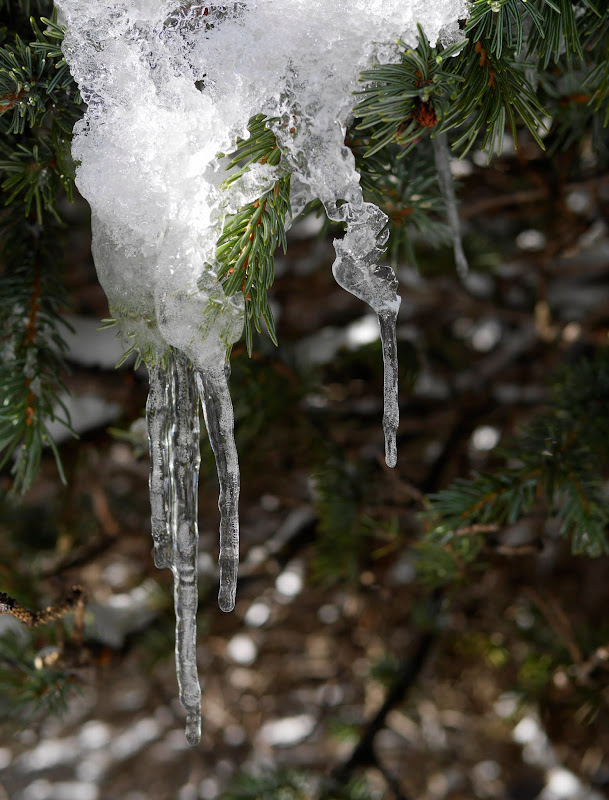 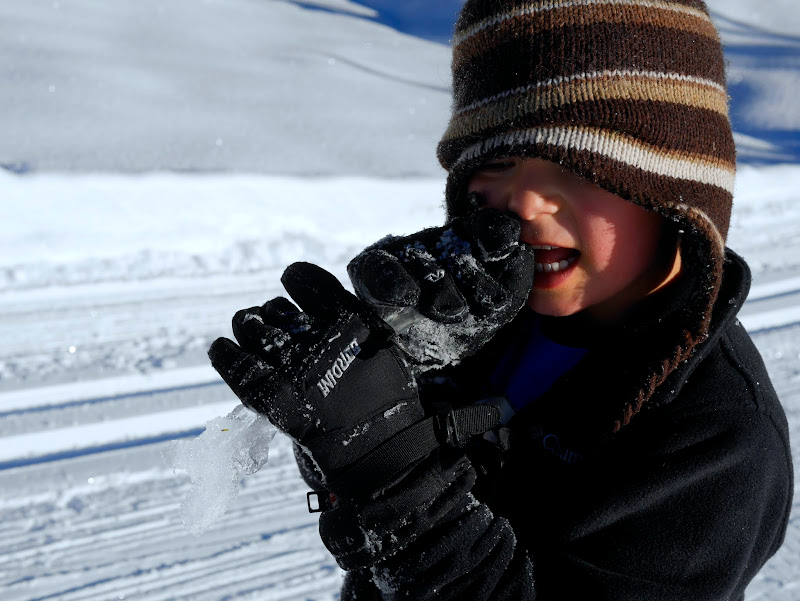 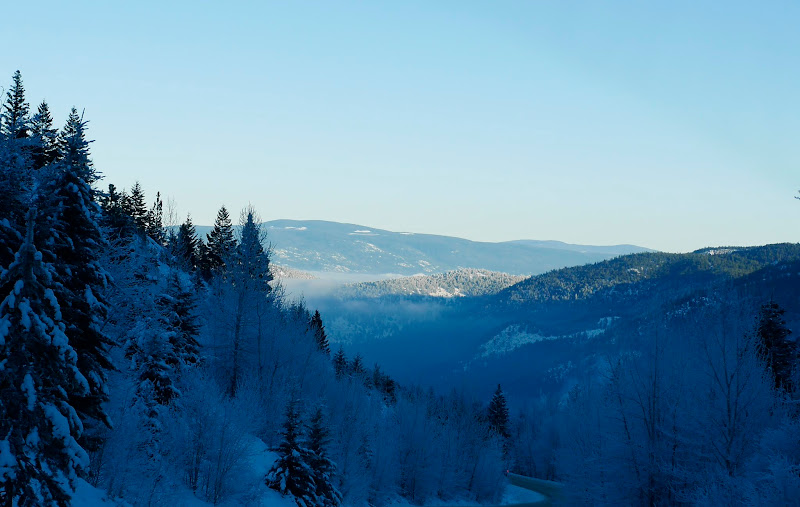 Starting in November the Okanagan Valley becomes blanketed by low lying clouds, a phenomenon commonly known as the Okanagan Snake. As a result winter in these parts then to be a cloudy and mild affair. Sometimes I find the cloudiness suffocating, and I am desperate to see the sun shine and the snow glisten. So we drive up, up and up! The drive from our home takes about an hour. As we begin the journey there is but a dusting of snow on the ground and heavy clouds in the sky. Slowly as our altitude increases the unthinkable happens. The clouds break into wisps and then disappear altogether. An azure sky and bright yellow sun make their appearance as well as thousands of snow covered trees. It is breathtaking winter perfection.

Today was our first trek up to Nickle Plate Nordic Centre for this winter season and my children were very excited to ski. We have been cross country skiing as a family for about six years now and every year, as our children grow, it becomes a little easier. When we arrived at Nickle Plate we were all giddy with the excitement of skiing on sparkly snow. My two older children (now almost eight and six) were able to ski two longer loops and even managed to climb some challenging hills without much complaint. Our youngest tried skiing for the first time but spent most of his afternoon enjoying the comfort of the Chariot.

We plan on being regular visitors of Nickle Plate this winter. Our children will be taking ski lessons here throughout from December to February and I recently purchased a pair of skate skis that I will be learning how to use. I am already looking forward to our next day of winter wonderland.

Wonderful. Do have lots of fun. Thanks for the beautiful photos and write up. Alice